On the surface, the story of Mark Barnett — a man who obsessively recreated the blueprints from his favourite 50s shows such as Leave it To Beaver and I Love Lucy — is a light one. But beneath the surface is a difficult story of a man dealing with the trauma of sexual abuse, channelling his desire for a normal family life into his intense, ultra-specific artworks. We talked to director-producer team Matt Pizzano (last seen on DN here) and Nic Wehmeyer about their fascinating documentary short The Grass is Always Greener on TV, discussing how they brought the project to life, while balancing the brilliance of Mark’s work with the darker story underneath.

How did you hear about Mark Barnett and then embark on this film with Matt?

Nic Wehmeyer: A friend of mine from college had all these blueprints up in her rooms. I studied them and asked what they were. She said, “Oh this is the blueprint from I Dream of Jeannie, and this is Bruce Wayne’s manor from Batman“. She said that one of her mum’s friends in Chattanooga, Tennessee made all these blueprints from classic TV shows.

Mark was on a lot of talk shows where his work was unfairly represented. How did you gain his trust?

Matt Pizzano: Nic and I had several phone calls with him before we got down there. We weren’t expecting to make such a personal documentary. We initially intended to tell a quirky story about an eccentric guy. That would’ve been a success for us. But after an eight hour interview, Mark started revealing these very personal things about himself. We thought to ourselves: “We’ve got to rethink this whole film.” Now we had this responsibility to tell this deeper story about how someone grapples with trauma.

We spent maybe three years going back to Mark and making sure that the subject matter was handled sensitively. There are a lot of people out there, my family included, who have had similar traumatic experiences, and we wanted to make sure we gave some dignity to his triumph in overcoming it without minimising the experience. 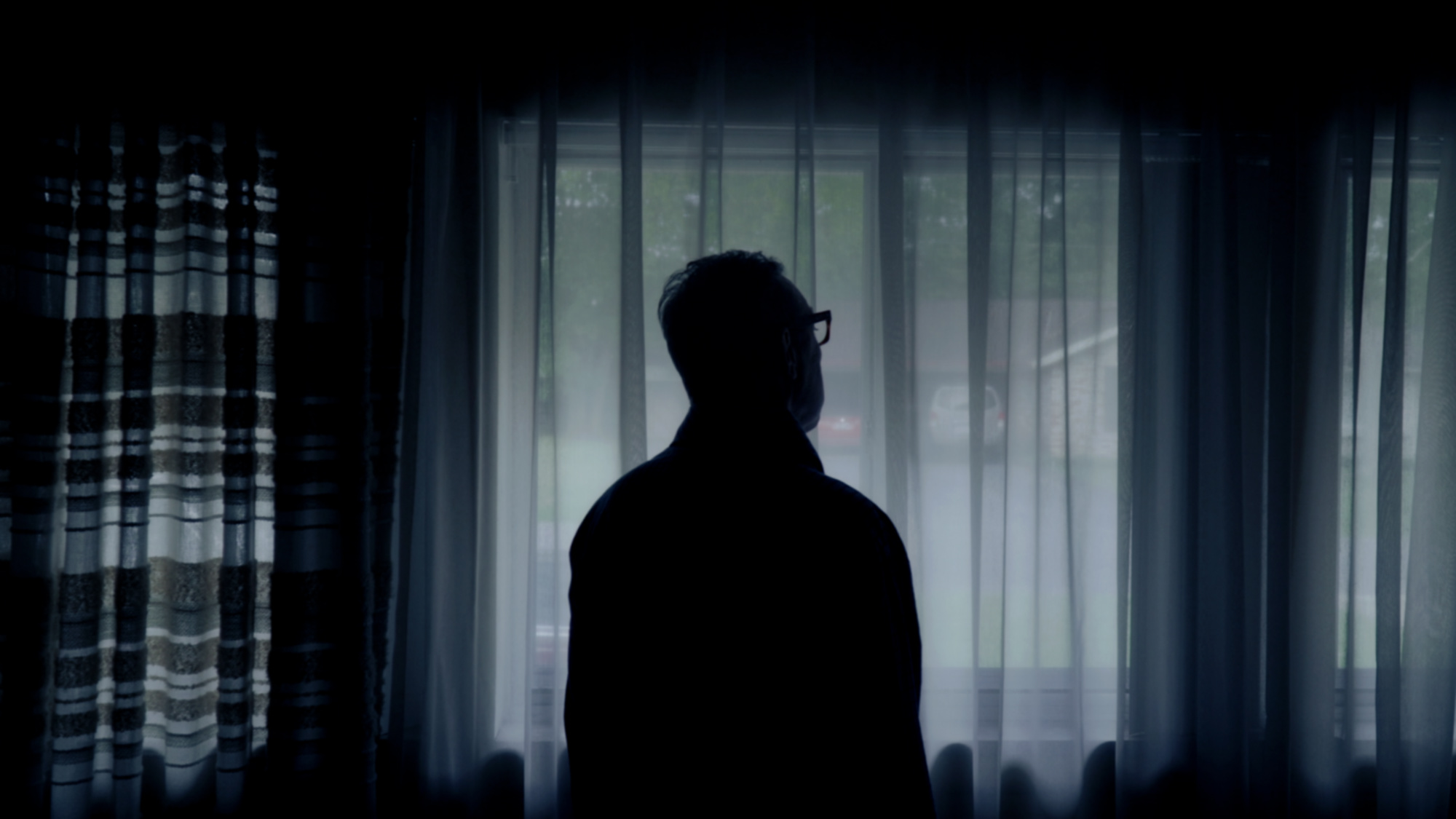 How did you find this balance between the lightness of his work and the seriousness of his life story in the edit?

MP: A lot of it was trial and error. The good thing about the two of us working together was I would be able to show Nic the film after being underground with the edit for a couple of weeks then he would be able to give immediate feedback. So if I went off the rails with something, I had somebody who I could trust to put me back on track. Having someone who can help you focus is super helpful to achieve that balance.

NW: Mark is a character. When he’s excited, he will show you he’s excited, but when he talks about something sensitive, he almost crumbles in front of the camera. It’s really about keeping that lighthearted personality while showing that behind every clown there’s a sad person inside wearing make up. Doing it in 15 minutes was really challenging, especially getting to the heart of the story, and showing that he’s grown from his pain. We all have coping mechanisms — his were just more extreme than most people. We had to make sure that we empathise with and humanise him.

We weren’t expecting to make such a personal documentary. We initially intended to tell a quirky story about an eccentric guy.

These blueprints really come to life in the animated sequences, how did you achieve that?

NW: We worked with a graphics company named Charlx, based in New York. These blueprints are very detailed and very specific, so we did a lot of tests to bring emotion to something so technical. After all, that’s what Mark did with his work — he looked at these houses and these characters and made them three-dimensional.

MP: Nuts-and-bolts wise, we would have an assembly cut, then we had these blocks that said: “Graphics here”. Then Nic would know that he had twenty seconds for this part of the story to be told with graphics. To Charlx’s credit — who were doing these things on favour — they were as dedicated as we were to making sure that it would happen.

Zooming out to the larger themes of the film: how strong is your personal connection to 50s television?

Matt: They play on classic TV channels all the time and we’re drawn to the ideas behind these shows: this picture of a perfect America where everyone has achieved a modicum of wealth and comfort. It’s a world where problems are solvable, creating a warm, fuzzy feeling for everyone watching.

Nic: In the 50s, when shows like Leave it to Beaver and even The Jetsons were playing, everyone looked at them as idyllic American families, getting this impression of how the family unit is supposed to operate.

Matt: My parents are immigrants, so when I told them about this project they said that they learned how to behave like Americans by watching these shows.

The film charts the changes in the TV industry and how by the 90s, TV shows such as Friends and Seinfeld, aren’t so much about families anymore… do you think this touches on changes in American culture?

NW: Yeah. Mark made his film from the blueprints that reflect 50s and 60s shows. When people asked for bespoke blueprints from 90s TV shows he realised that there’s nothing to aspire to now. There’s no strong family unit and no upstanding community. 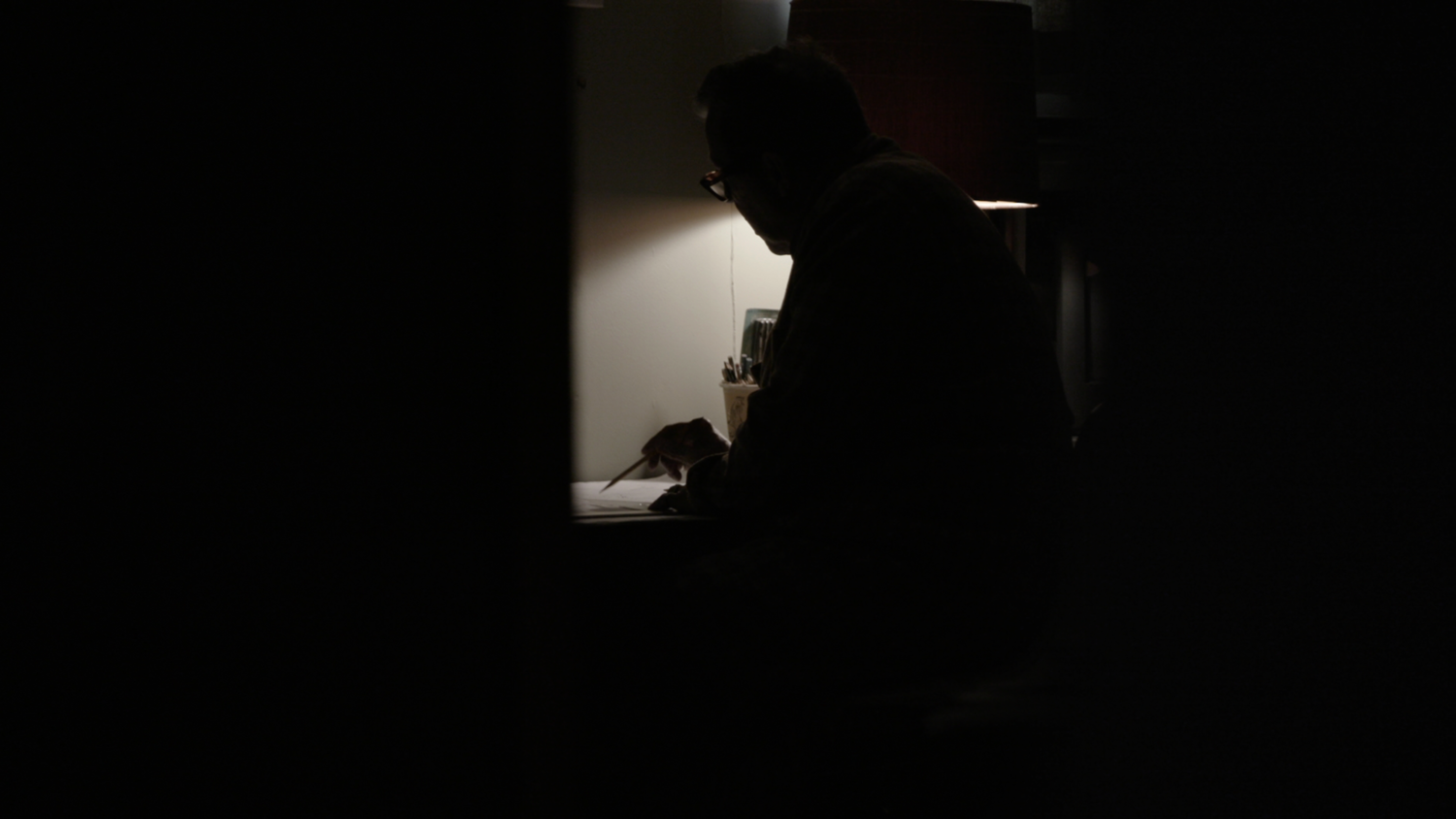 How much relevance does this story have to today’s binge culture?

Matt: There’s definitely a huge overlap there. After this experience, it’s made me more conscious of what I end up choosing to binge and what things I’m taking out of it. If I binge a show, my personality can change after it. And Mark is so open about that mental experience: he can describe this phenomenon in great words, letting us see how our smaller variation of doing it could be affecting us as well.

After this experience, it’s made me more conscious of what I end up choosing to binge.

NW: I would double down and say he was the OG binger. When he was delivering mail he used to get off work at 5pm and would literally run red lights to get home and watch a rerun of I Love Lucy because he’d know this is the episode where they get a new TV and he needed to know what brand of TV she had for his blueprint. So he just went to extremes to bring these people into his life, to live in that fantasy world and reject reality. I think now people have to find a balance between the two!

The Grass is Always Greener on TV is one of the many great projects shared with the Directors Notes Programmers through our submissions process. If you’d like to join them submit your film.