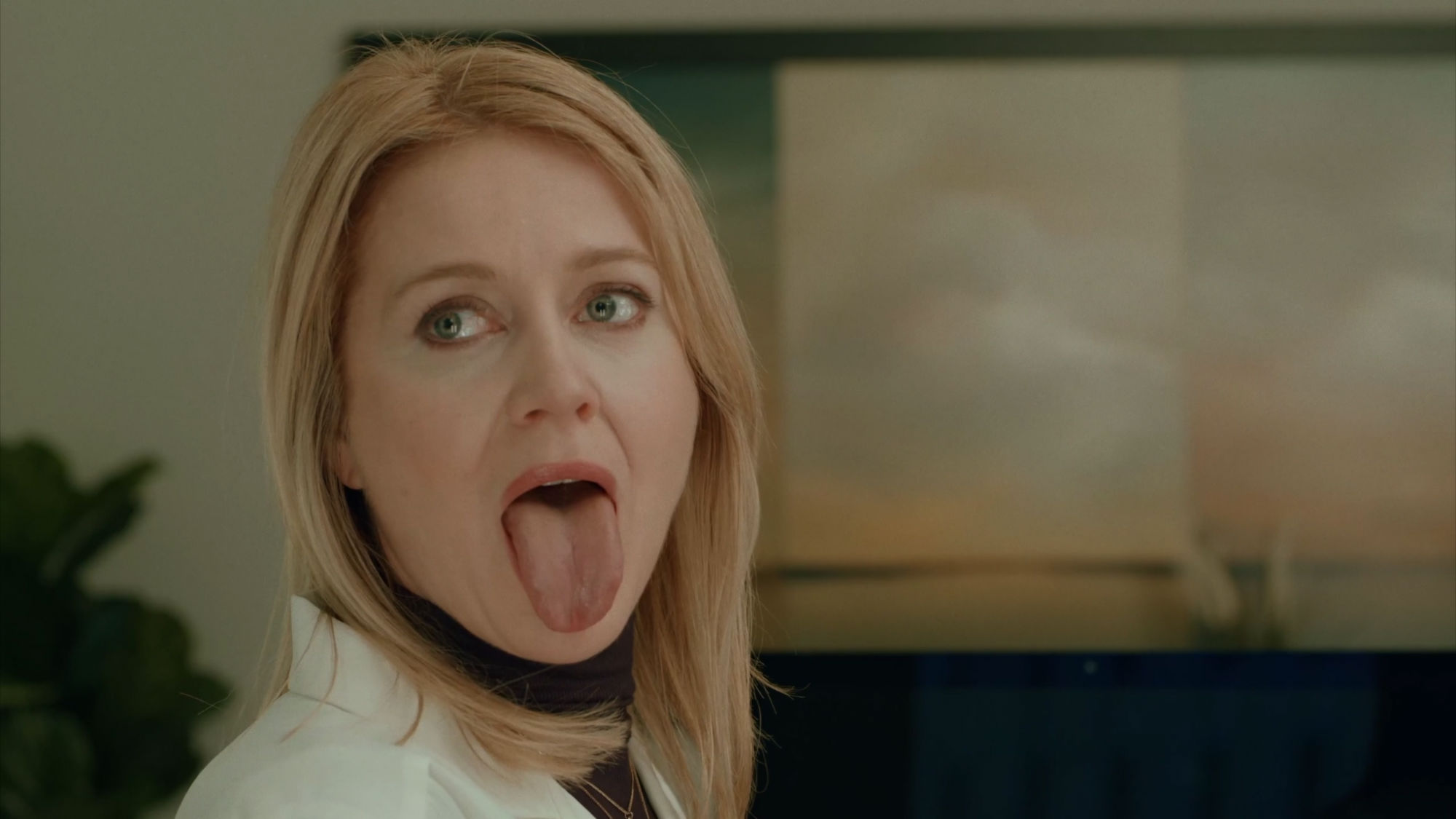 It’s fair to say I’ve never seen a film quite like Squeegee. Dare I ask where the idea came from?

The idea came about when I happened to meet Blair McKenzie on the streets of Toronto. He told me he was a high-rise window washer and I knew instantly that I wanted to make a film around that. Before I even caught his name. So, I spent a few weeks brainstorming and finally came up with the idea of an affair through the glass. I saw two people smushed against the window, panting like animals. Before I even wrote anything down, I pitched the idea to Blair because his cooperation was obviously crucial. Despite having only met me two or three times around the neighbourhood, he was game.

I saw two people smushed against the window, panting like animals.

So, I wrote a little script for it but it was a tough thing to put into screenplay form. The breakthrough was deciding which pieces of music I wanted to use as an emotional guide. Listening to this music, I started rehearsing it alone in my loft, playing both characters, trying to discover behaviour which felt honest. I was concerned with things being too cutesy or twee, or sketch comedy, or pornographic. The most important thing was to put lots of emotion into their connection. 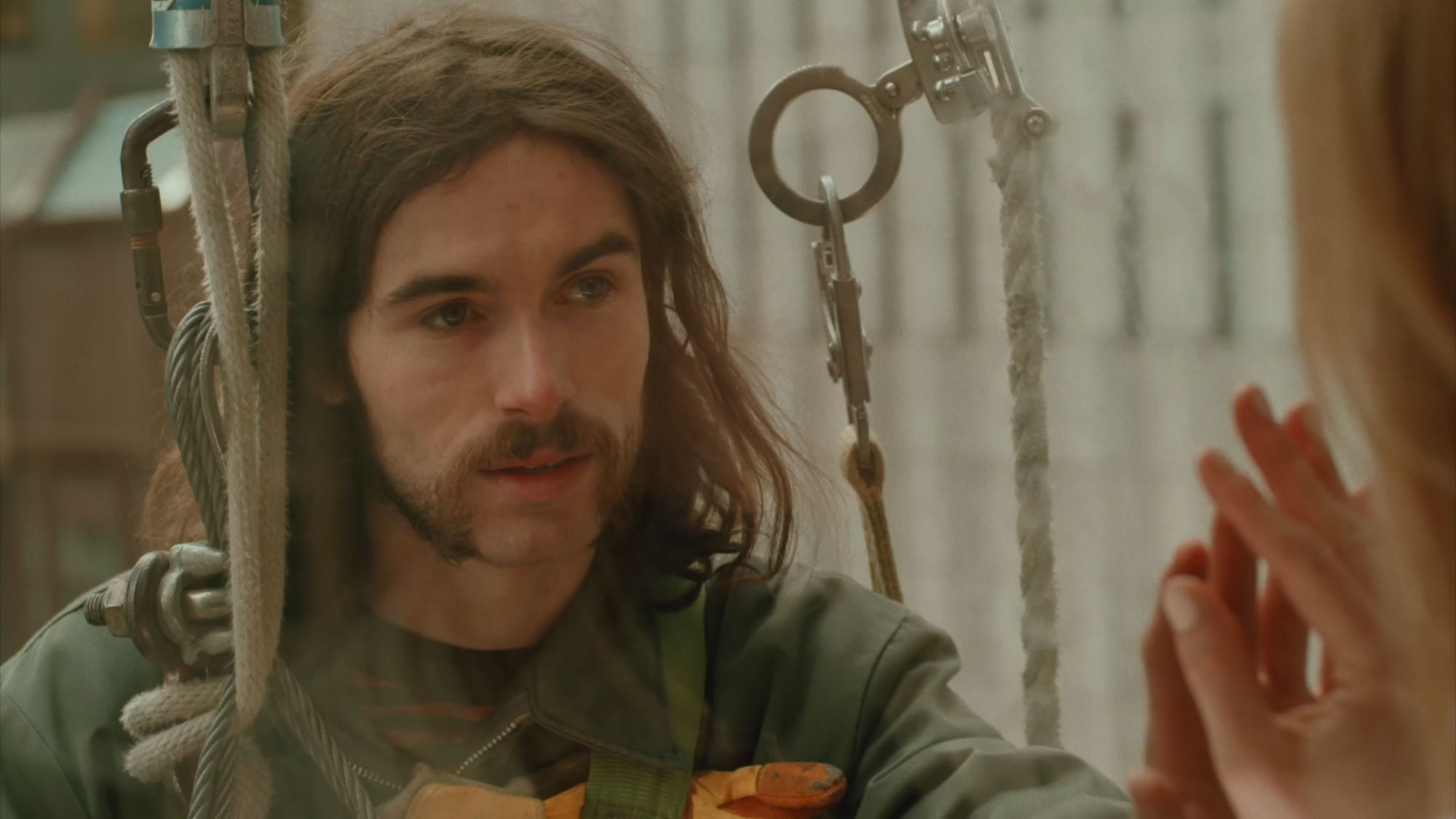 Was it a case of workshopping it with Blair or did you bring him screenplay?

Luckily, with the actors, we spent a few days before the shoot rehearsing everything like a dance scene, experimenting, and even using dialogue in the rehearsal even though we knew there would be no actual dialogue in the final performance. By the time we were on set, we all knew most of the beats perfectly and they could just have fun performing.

And, in terms of putting it together, how did you source your crew? What were you looking for them to bring to the project?

Production was pretty straight forward. All the usual intensity. We stole all the locations except for the interior of the office. I recruited crew members from the TV show I’m on which shoots in Toronto, and Alan Kelly was crucial to making everything work. He’s the Steadicam Operator and B-Camera on the In The Dark which I act in, and we were always friends on set. But I really didn’t expect him to say yes to this project over the holiday break. Most people were spending their holidays relaxing because the TV show is pretty gruelling in its five to six month shooting schedule. But Alan Kelly came in and made everything happen, made the cheats look realistic and beautiful with zero budget. Very thankful for Alan. We used a RED dragon for no other reason than it’s what was available to us and filmed the whole film over one weekend right after New Years.

With Blair in place, what were you looking for when it came to Amy’s role? How did you know they had the right chemistry?

Well, I didn’t have the luxury of auditions or enough time to call actors in for chemistry reads, nor do I know many people in Toronto, where this was filmed. So, I never considered anyone besides Amy Rutherford for the role. I had seen her months earlier in a Canadian production of A Streetcar Named Desire and thought she was amazing as Blanche Dubois, so I chased her down. The character in Squeegee has a little bit of Blanche inside her, so it felt like a no-brainer. The chemistry between these actors was a gamble but I knew that Amy was highly trained and I had a hunch that pairing her with Blair, who had never acted before in his life, would be an interesting combination. His rawness would rub off on her, and her professionalism would rub off on him. No pun intended.

We spent a few days before the shoot rehearsing everything like a dance scene.

How did you shoot the exterior building shots? Could you walk us through making it seem like Blair is on the outside of a building?

He is really hanging off the side of the building! Whenever the camera is on him, he is really doing that. I was incredibly nervous in prep that he could get hurt and was thinking of cancelling the project, not wanting to risk anyone’s safety. I told this to Blair and he replied he wasn’t nervous about hanging off the building at all, it’s what he does for a living. What he was nervous about was acting. Which is what I do for a living. So, that made us both feel more comfortable. For the reverse shots, when the camera is over his shoulder, that was movie magic courtesy of our DP Alan Kelly and a glass picture frame from IKEA.

Are you looking to make any more shorts soon? How are you feeling about making films given the current global situation?

No more shorts at the moment but I’m working hard on my next feature. I wouldn’t try to force a post-pandemic vibe into what I’m doing simply to make it relevant because I think it’s too soon to even comprehend the full effects of 2020. Everything that’s happened this year, it’s only June mind you, is still rippling off the banks and has hardly had enough time to be internalised and processed to come out the other side artfully. However, I will say that the feature I’m currently writing does take place exclusively inside restaurants. So, perhaps I miss them more than I realise.