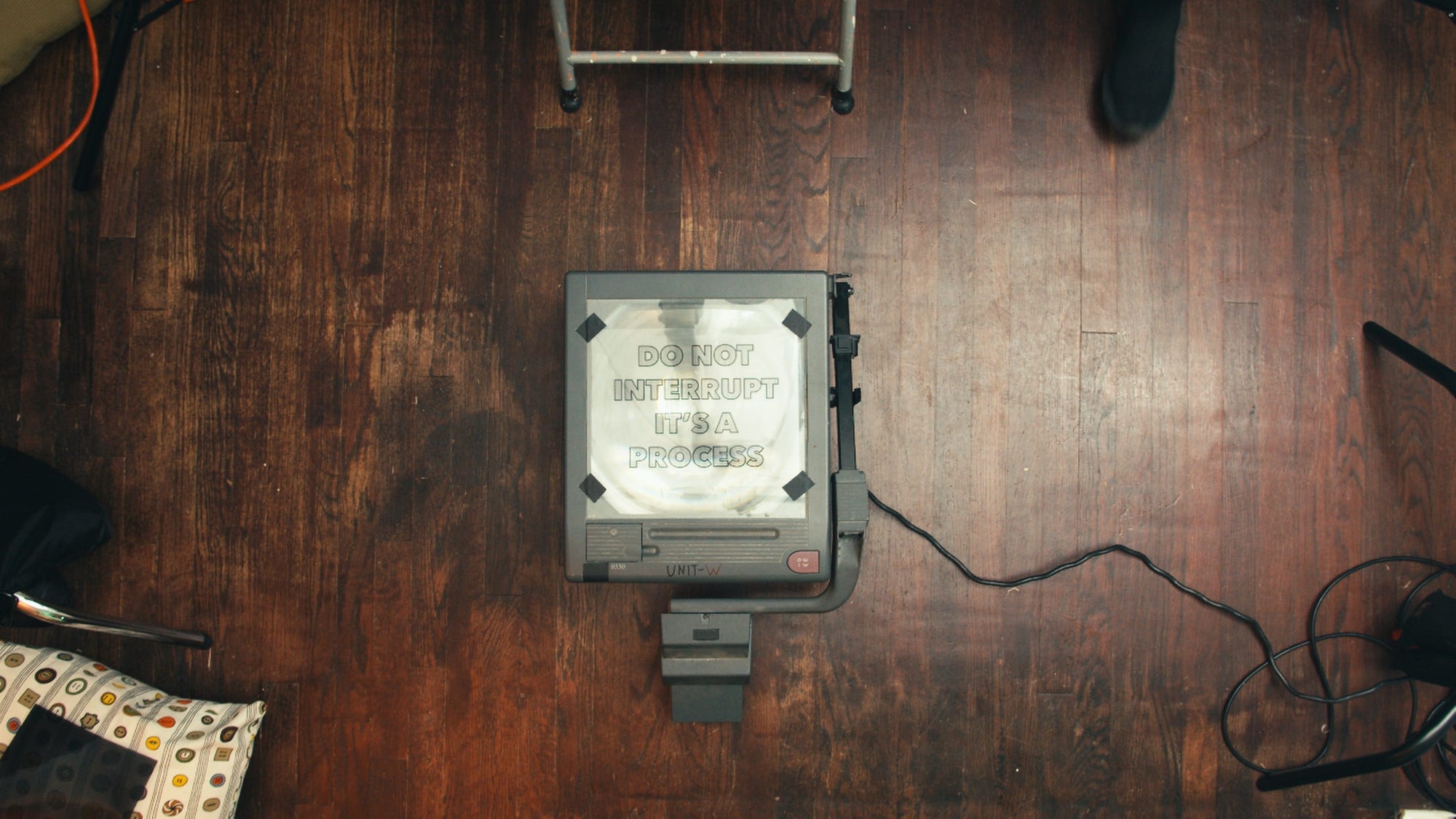 Regularly featured on our pages LAMAR+NIK are true music video maestros, often employing practical effects to achieve modern updates on old classic techniques. Collaborating with local Oklahoma band Husbands on the music video for Manhorse the duo this time resurrect the kinegram, capturing the cool optical effects in-camera. We caught up with LAMAR+NIK for a chat about how the process worked, making a professional video for next to nothing, and the infinite appeal of practical effects.

What is a kinegram and how does it work?

It works by combining several frames of video into one image. It looks like a weird, interlaced video, where there are lots of lines and you can’t really understand what’s happening. But we have a separate piece, which is a piece of transparency which has black bars on it. Once we set that on top of the combined interlaced image and move it, the black bars cover up only as much as it needs so you are only seeing one frame at a time. As you move it, it uncovers the subsequent frames and gives you an animation. When the bar masks moves it’s essentially just filling in the blanks. For all the ones we did there’s not an animation that has any more than 12 frames on it. We focused on repeatable motions so you have a loop that keeps moving over and over again.

So a kinegram is the original gif?

That’s how we started thinking about it. We went to Giphy to research things that loop a bunch. We always knew we wanted it to match the beat of the song.

If we were in 1890, could you recreate most of the same animation?

I guess, forever ago, you could either draw it or if you were able to take six photos or something, you could take the photos, cut strips and line them up. It’s a technique that’s been around some time.

How did the opportunity come by to pitch for the song?

Husbands have been around for a while. We’ve been following their music in Oklahoma. At the tail-end of last year they hit us up on Twitter. We listened to the album, and every single song on that album was ‘really’ good. We approached them with the concept for Manhorse and sent them a couple of examples. But we had actually pitched this concept in different forms to labels and no one went for it. We decided “fuck it, let’s just do it” and did it for just 200 USD. The most expensive thing was making the tabletop. 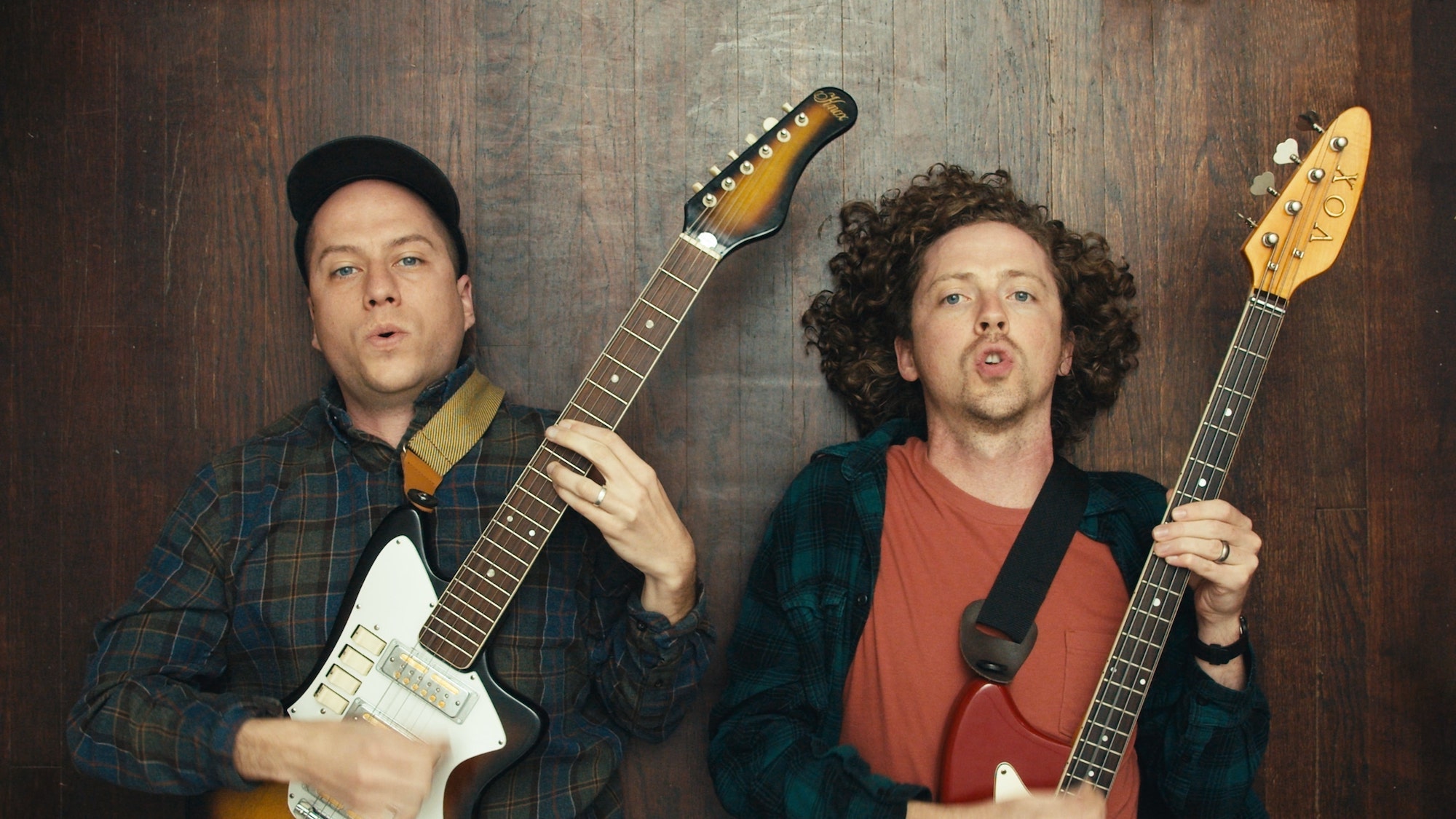 What was the response of the band when you told them you wanted to make a music video using this style?

The whole time they had no real clue what was going on. Since it was from a position of pure collaboration and there wasn’t really any money involved, they just let us do whatever we wanted. Funnily enough, even though they’ve been a band for as long as we’ve been a directing duo, this was the first time that they had been filmed professionally.

How long did it to take to create each individual scanimation and how long was the process overall?

It was one of our faster projects to be honest. I think earlier on we always tried to go for broke in like a good way. Like really ambitious projects. This is ambitious as well but we honed it down to something that we both could do. So it’s 11 pieces of paper; we only have to figure out 11 scanimations. I think a lot of the work was figuring out the choreography, how we’re pulling the tables, how we’re rigging the camera. In terms of actual work to make the scanimations, it’s not super hard to do — you can find plenty of stuff online. What we did differently was really detailed versions of them. Everything out there is just like a ball bouncing around — it’s not really detailed like a polaroid or glass. We had to find the perfect mix of resolution; DPI came into the equation with how detailed we could go before messing something up.

We like that wow factor when you find out it’s a physical tactile thing that we’ve done for real.

Was the original movement in sync with the song or did you have to fix it up in post?

There are certain ones that are real and there are ones that are made to match a bit better. We had to time the drum at the very beginning. Sometimes the paper would line up pretty good, but sometimes when you’re sliding them it would jolt forward. So that stuff gets evened out.

What draws you to laborious practical effects?

The thing that we want from a viewing experience is when you watch something and think: “Oh shit, they actually did that!” We like that wow factor when you find out it’s a physical tactile thing that we’ve done for real.

We’re in the middle of a video now. We have to cut every single frame. We have to edit that and get sign off from everyone involved. Once we get that it’s going to be a laborious thing afterwards. I don’t want to say too much more but it’s one we’re excited for!

Manhorse is one of the many great projects shared with the Directors Notes Programmers through our submissions process. If you’d like to join them submit your film.