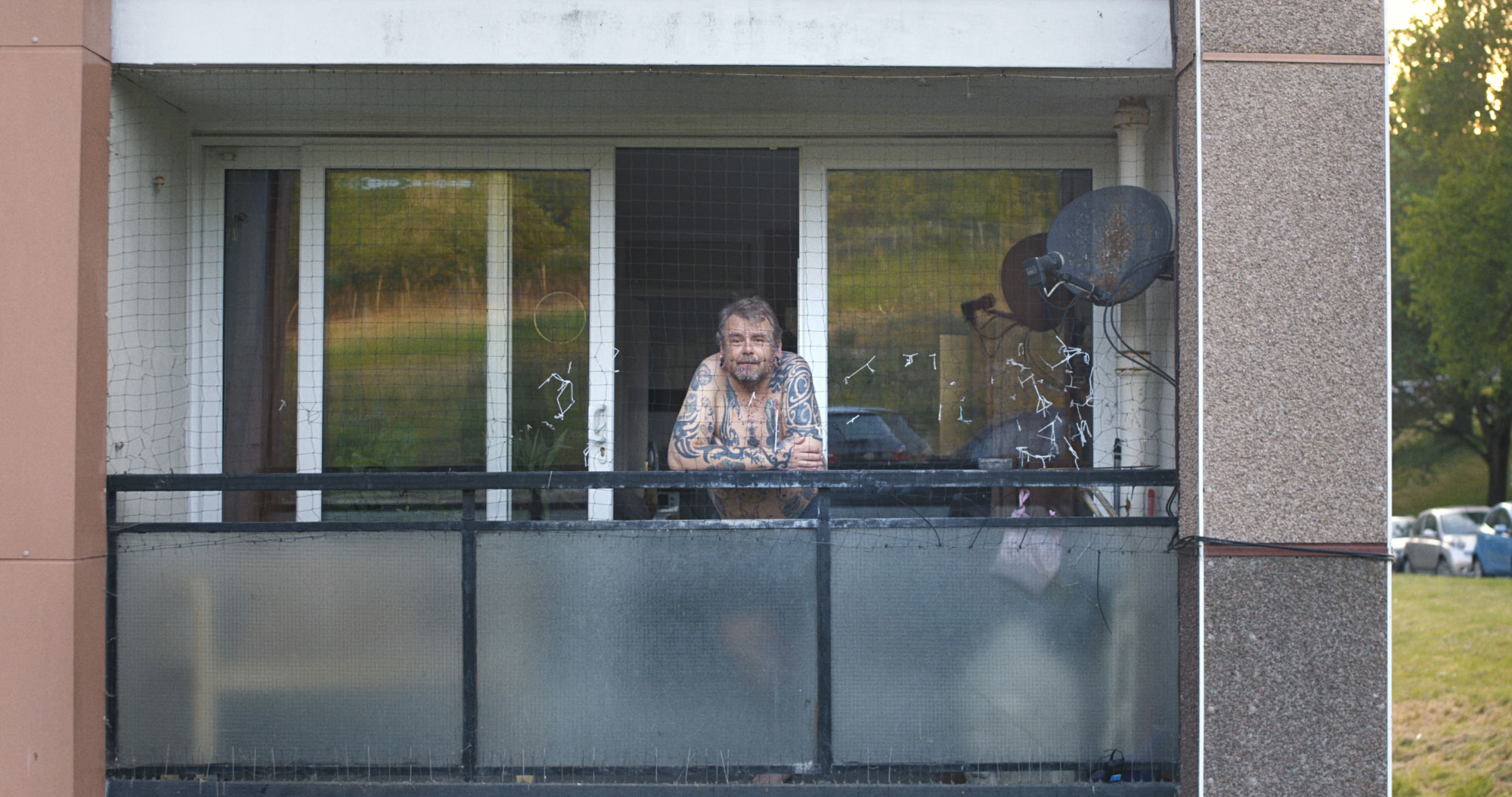 The art of conversation is never flawless, especially with strangers, yet DN alum Matt Hopkins makes it look easy with his insightful and heartwarming documentary talking to real people about their collective experiences of lockdown. Contrary to the seemingly universal agreement that we should be using our home confinement for self-improvement projects, A Bright Warm Day In May ponders the genuine struggles and moments which we often don’t want to Instagram to the world through its well observed vignettes. The latest entry in his award-winning England Your England series of shorts, Hopkins reveals how spontaneity paved the way to engaging conversation.

What was it about lockdown that inspired you creatively?

I was particularly fascinated by the sense of collective togetherness which became a defining feature of all of our lives at the same time, and this created a connection between us all which we might not ordinarily have. Meanwhile, our collective understanding of lockdown (and fortitude) felt like it changed on a weekly, or even daily basis and I felt compelled to document this. As the final days of May arrived, it felt like there was a genuine sense of change in the air – optimism looking towards the future, but also reflection of what had been an incredibly difficult time for a lot of people. I wanted to create a film which captured a glimpse of lockdown and this sentiment before it disappeared again.

Ideally I’d be rolling the camera within the first few minutes which led to some of the best moments in the film.

You feature an array of characters, how did you go about the casting?

Casting was very instinctive. I’d walk around with a tripod and camera on my shoulder and talk to whoever caught my eye, asking them about their lockdown experiences. My aim was to capture the immediacy of our meeting, so ideally I’d be rolling the camera within the first few minutes which led to some of the best moments in the film – for example the kids still bouncing on the trampoline. Obviously not everyone wanted to talk but with people having more time on their hands they were generally very receptive.

You mentioned it was an experiment in conversation, what sorts of questions were you asking people to get them to open up?

The questions were very basic – always opening with “How has lockdown been for you?” and then expanding based on their replies. I asked them about high points, low points, what they’ve enjoyed, what’s made them angry (which revealed a lot of government resentment) and then their hopes and fears as we move forward. I was always aiming to get to a point where it was a conversation rather than an interview, where awkwardness and inhibitions weren’t present in this moment of time and this happened more often than not. I think this goes back to it being a collective moment of reflection – I was asking a question that everyone had probably thought and talked about a lot already – so they were much more ready to open up than they might be in other circumstances.

Rather than the crew outnumbering those on camera, it was the opposite and I think that allowed people to open up more.

What sort of equipment did you use and how many were you out and about interviewing?

It was just myself shooting which I think helped to achieve a very natural feel. Rather than the crew outnumbering those on camera, it was the opposite and I think that allowed people to open up more. I used a Sony FS7, and shot most of it on a 24mm lens to really capture the scene as a whole rather than just the person themselves. I had to be sure the frame and focus were spot on before I started as I wouldn’t have much opportunity to change it mid conversation, so that was a little stressful, but that single camera locked off approach gives each vignette an authenticity which defines the film in a sense so I actually wouldn’t want to change that.

The sound quality is incredible especially with the conversations from the balconies, how was that achieved?

I had a shotgun mic mounted to the camera and a single radio mic. The radio mic would be placed as close to them as possible, so clipped to the balcony netting in one case, or the lawnmower in one scene, or the bench in another. I’d spray the mic down with disinfectant before and after takes in front of each subject in case they came into contact with it to make things Covid compliant but in most cases, I was able to place the mic myself. Where that wasn’t possible, for example the balconies – I’d either pass the mic up to them or leave it outside their flats to collect. For one interview (which didn’t make the cut), I saw a woman who was self isolating passing food parcels down from her family from her second floor balcony. She was using a homemade contraption of extension cables tied together. I was able to clip the mic to the same contraption to get it up to her so we could talk. That improvisation was one of the most enjoyable parts of making this.

Creating a subtle narrative arch took a bit more work and meant I had to be quite strict.

How many people were initially interviewed? Talk us through your editing process for the final cut.

I interviewed about 18 people, so the majority made the film. The editing process was relatively simple – I initially created a 20 minute timeline of multiple clips from each character then cutting it back to 6 minutes where we heard from each character only once. Creating a subtle narrative arch took a bit more work and meant I had to be quite strict. There were a few longer stories but they took the overall thread of the film on a tangent, so I had to be quite ruthless with some really interesting personal stories which the characters had. In the final stages of the edit, the pacing was really important. You really need breathing space between characters in a format like this, so there were some actions such as the man taking a long drag of his cigarette which really dictated where that would sit in the edit to create a natural change of pace.

A Bright Warm Day in May is one of the many great projects shared with the Directors Notes Programmers through our submissions process. If you’d like to join them submit your film.