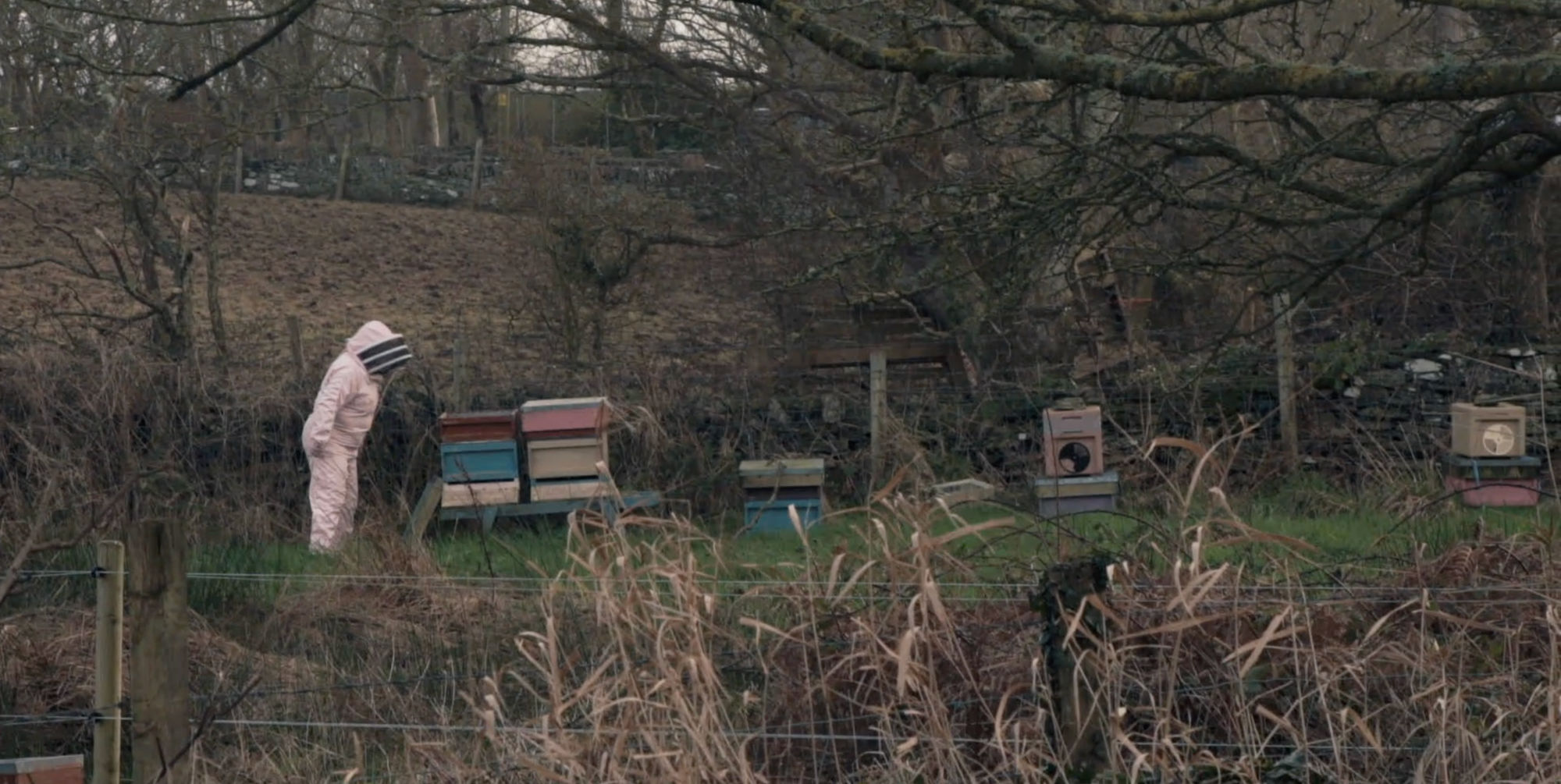 William McGregor’s David Vs Goliath tale of a woman and her bees is a moving and beautiful story of ancestral pride in the wake of capitalism. McGregor captures Beekeeper Katie amongst the bustling rural life of her farm as the looming industrial presence of a nuclear power plant, that seeks to take over her land, lurks in the distance. McGregor, who heard of Katie’s story on the press tour for his debut feature film Gwen, returns to DN to reveal the trailer for The Beekeeper, and to talk about his evolution as a filmmaker over the last two years.

You met Katie at a screening of your debut feature film Gwen, what was it about her story that initially made you interested in creating this film?

One of the incredible things about doing a Q&A tour with a film is that you get to meet your audience. I remember when we had the BAFTA Cymru Q&A screening of Gwen in Bangor Katie asked a question through tears in front of the entire cinema, she spoke about the anti-capitalist themes of Gwen and what she was going through personally. Later we got in touch over social media and I learnt more about her story, how she was losing her family home on Anglesey to a nuclear power plant. Her story really spoke to me and I wanted to help give her a voice so after a few months of chatting, I went to visit the farm and start filming a short documentary. My aim was to simply document her situation and to try and be as truthful to her experience as possible.

How did you approach production, did you plan ahead for specific shots you were looking for or did you use a more organic process?

The process was very fluid, I packed a car with some simple lightweight kit and drove to Anglesey. I had an A7S, basic shoulder rig, tripod and a zoom mic. I wanted to keep it as simple and hands on as possible. Partially for the freedom it gave me as a filmmaker but also to allow Katie to be herself. I didn’t want to be intrusive. This first week of filming was very fly on the wall. I followed Katie on her day to day and also spent time with the bees and animals on her farm capturing the world she lives in. The last thing we filmed that first week was the interview, by that time I think Katie and I felt comfortable around each other and the camera so the interview flowed easily.

My aim was to simply document her situation and to try and be as truthful to her experience as possible.

Iain Whitewright then began the process of editing, the story taking shape nicely. But Iain felt that we needed to get more macro shots of the bees to represent their importance to Katie. So, I bought some macro extension tubes online and headed back up to Anglesey. This time with DoP Sam Heasman. Katie has a glass display case for showcasing the bees, so Sam lit that with some basic LED lamps and we spent a morning photographing macro elements of the bees. The LED lights started to attract the bees and some escaped so we decided to wrap it up after a few hours! 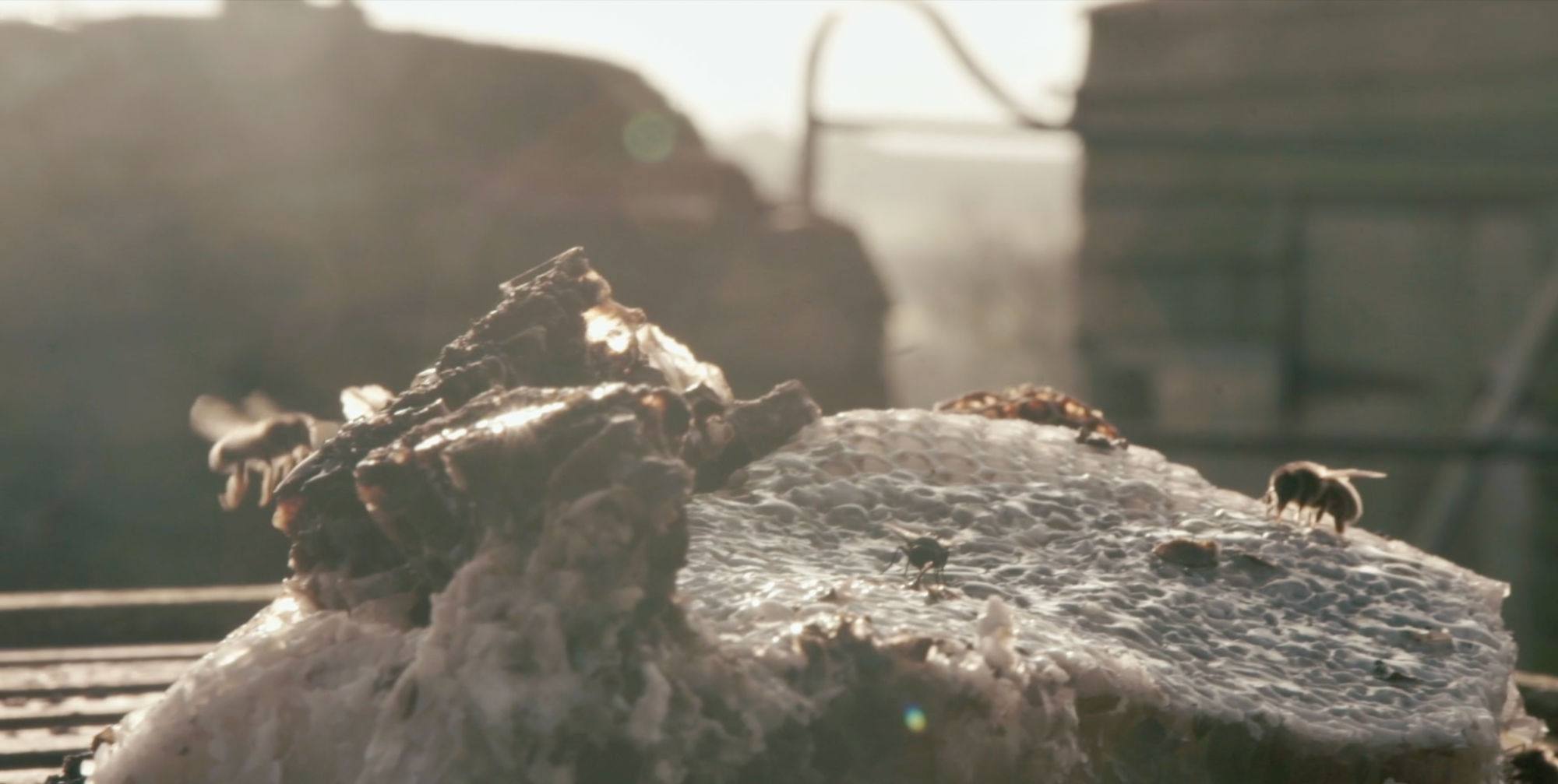 We also shot some new landscape photography, as Iain found that he couldn’t hold the handheld shots for as long as he wanted in the edit for the climax of the story. After moving with Katie and feeling her PoV of the world in a handheld style, the static shots gave the ending of the film more of a reflective and sombre tone. Iain used this contrast in movement to follow the emotion of the story. Which was something that came out of our collaboration and the nature of documentary filmmaking, where you can go back and get more material as you edit. We would have loved to have shot some drone footage too, but you can’t fly drones anywhere near a planned nuclear power plant! For obvious reasons.

I really enjoyed the mixture of professionally shot footage alongside some more personal recordings from Katie, was this an aspect of the filming you approached her with? Did she take much direction with it?

Katie had already been filming her video diaries, in a way I think it was a cathartic process for her. So, the footage was very raw and emotional. I liked that it wasn’t lit and in some of the shots you could feel the footage falling apart in the low light. I think this material is all the more powerful for not having the involvement of a filmmaker, it’s as honest and real as you can get. And so this became an important part of our approach to the storytelling. Seeing Katie’s video diaries before I began to film also informed my approach, it was a reminder to look for the truth in a shot and not to just try and beautify everything. It wasn’t about looking good it was about putting her experience on screen in an honest way. That said, filming on Anglesey tends to naturally look beautiful wherever you point the camera so we ended up with some gorgeous cinematography anyway. Full credit to the Anglesey coastline there.

When can audiences expect to see The Beekeeper?

We have a few festival announcements lined up. With US, Asian, UK, European and Scandinavian premieres to be announced over the next few months. Due to the pandemic some of these screenings will be online. After which we will make the film available for free online. 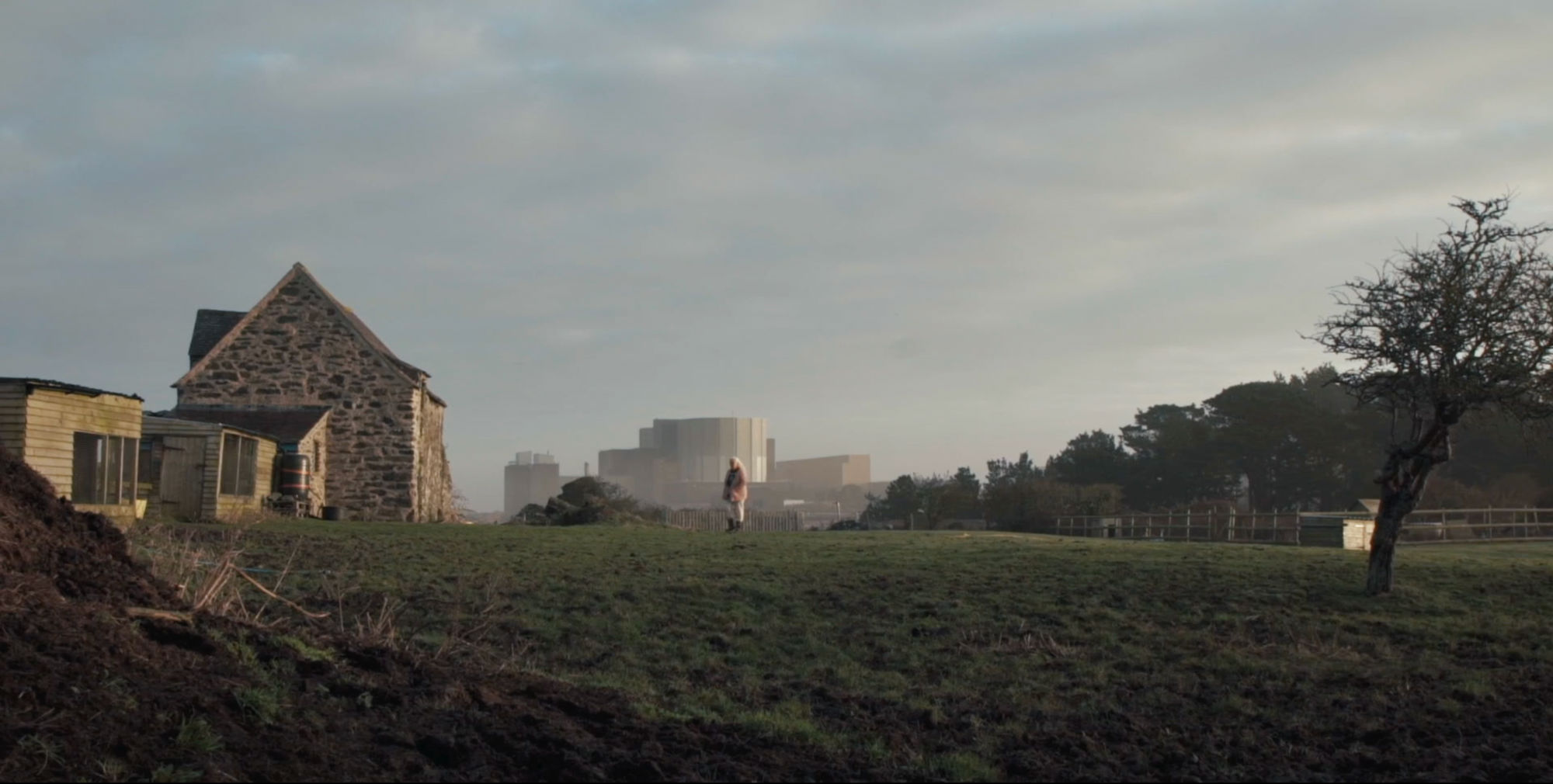 Was it refreshing for you to return to a shorter, smaller film after making Gwen?

As a director you are often the person on set with the least amount of time behind a camera, as projects can take so long to come together. So, in some ways just being able to pick up a camera and go and tell a story was incredibly liberating. I’m especially grateful that I filmed this short film at the start of the year, now that the pandemic looks to have pushed my next feature film Gun Dog into 2021.

Self-producing and shooting was also a fun experience, not that I’m about to do that for my TV and feature films. But it’s good to remind yourself of the wider spectrum of filmmaking, and not just sit in a directors chair with a cup of tea brought to you by a runner. I’m also not someone who, having made my first feature film, will now only make features. I see myself as a filmmaker, but our medium can be 60 seconds long, or 10 hours long. It can be a low budget short or a HBO TV drama or a studio movie. Whatever works to tell the story. I will definitely look for more stories to tell in this way alongside my TV and feature film projects.

How has your filmmaking practice progressed since finishing Gwen? Was there anything you learnt that you applied to The Beekeeper? Or that you’ll be applying to your next feature?

I think photographing a landscape as part of the story, is definitely something that I took from Gwen to The Beekeeper. I feel you can learn a lot from documentary filmmaking. You are finding that one angle in the moment that tells the story. And that has a certain sense of immediacy and intimacy, that I definitely want to try and bring into all of my work. Documentary filmmaking is also so much about perspective, how you can use the material you have to get into the head of your character and show their point of view. Which is an incredibly important part of storytelling, so a useful muscle to continue growing.

How has the pandemic affected your work as a filmmaker? How have you been spending your time?

Being in lockdown meant that I had time to finish this documentary, with help from Editor Iain Whitewright, Sound Mixer Jules Woods and the team at The Mill. But it has also given me time to concentrate on development. I’ve written two feature scripts in this time and have a TV series, that I’m writing and exec’ing, in development. This definitely wouldn’t have happened had I not had the extra time that lockdown has allowed. So, that’s a silver lining to a particularly dark cloud.

I see myself as a filmmaker, but our medium can be 60 seconds long, or 10 hours long. It can be a low budget short or a HBO TV drama or a studio movie. Whatever works to tell the story.

As to the ongoing effect on our industry, will it kill an already struggling independent cinema world? Will it push streaming and TV even further ahead? It’s all guesswork at the moment but what is for sure is that we will need to tell stories to help us process and escape. So, hopefully there is fertile earth for us filmmakers to seed with ideas and come out of this with meaningful stories that connect with an audience.

The Beekeeper is one of the many great projects shared with the Directors Notes Programmers through our submissions process. If you’d like to join them submit your film.