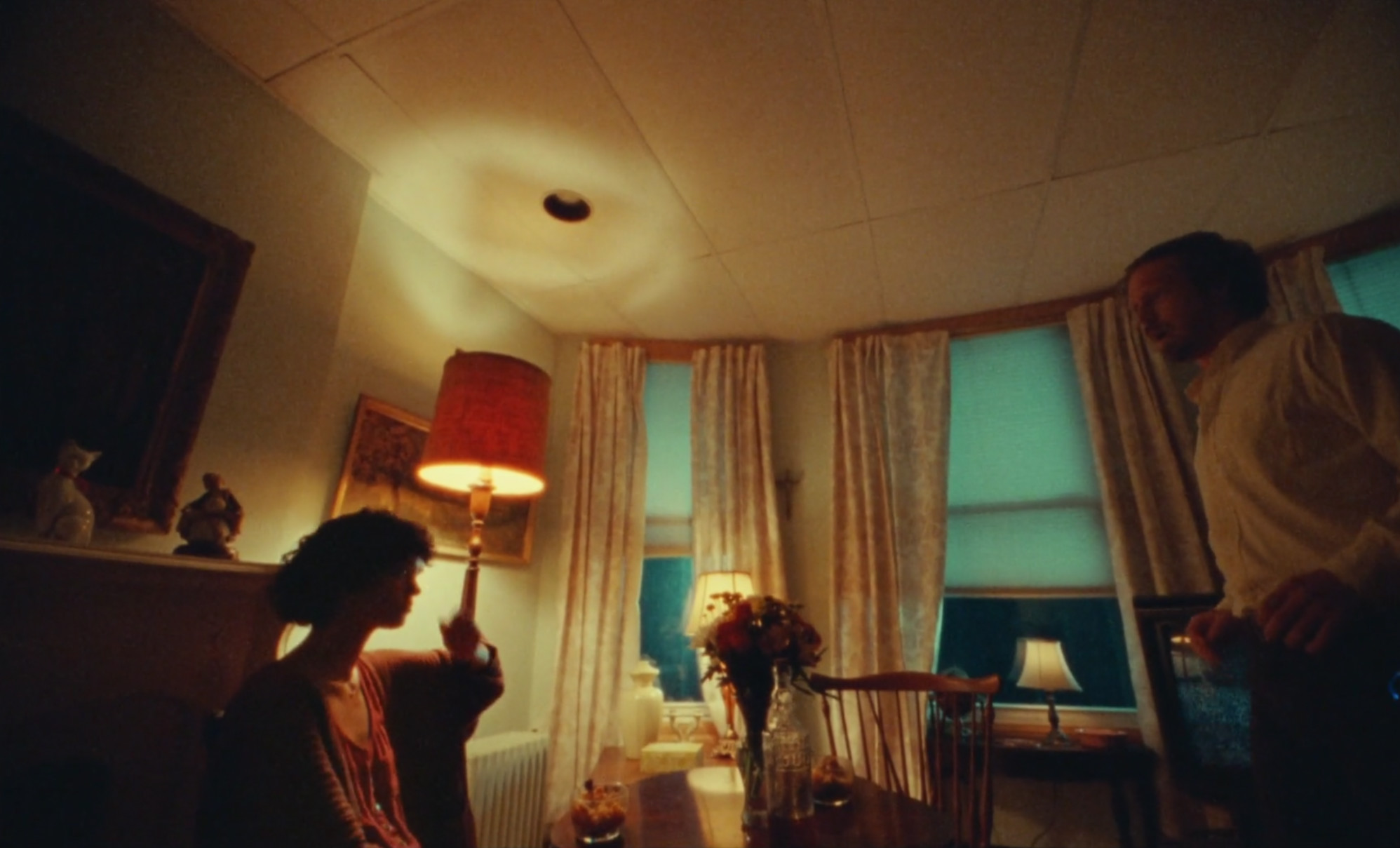 For the third time this year, we welcome back Colin Read to DN’s pages with another ambitious video – this time for Doves comeback single Broken Eyes. A bleak and meandering song is complimented by Read’s impressive visualisation which portrays a man losing his grip on his relationship, his life, and his sanity, all while caught in an ever-looping cycle. Read and his team not only created this video with a reduced crew but did so in a single day, on 16mm and without the assistance of a motion control rig! We asked him how he did it.

Another unique concept! How did you come up with this one?

To figure out the video concept, I worked backwards from the feel of the song and the story told in the lyrics. The song itself felt to me like the disintegration of a relationship; time slipping by, and yearning for what’s lost. So, I tried to find a way to depict the progression of one person losing their grip on their loved one, their sanity, and their life. After a few attempts at different concepts, I landed on the looping room idea; it let me clearly show changes in our man’s environment, personal appearance, and mind state, all while letting our production footprint stay small, with only one location necessary. Then, I just had to figure out how to do it with our limited resources… which ended up taking a lot of math!

Since there’s no intercutting here, we had to effectively edit in-camera. Each shot had a specific in-point and out-point on the song’s timeline. So, in order to make the looping effect work, I had to precisely time out the entire video in advance, down to the frame. I ended up making a basic 3D previs of the whole video, to help me figure out the timing and speeds that would make each scene feel most satisfying. I’m not a good 3D guy, so I built it out in After Effects, which was definitely not ideal… but it got the job done for me. 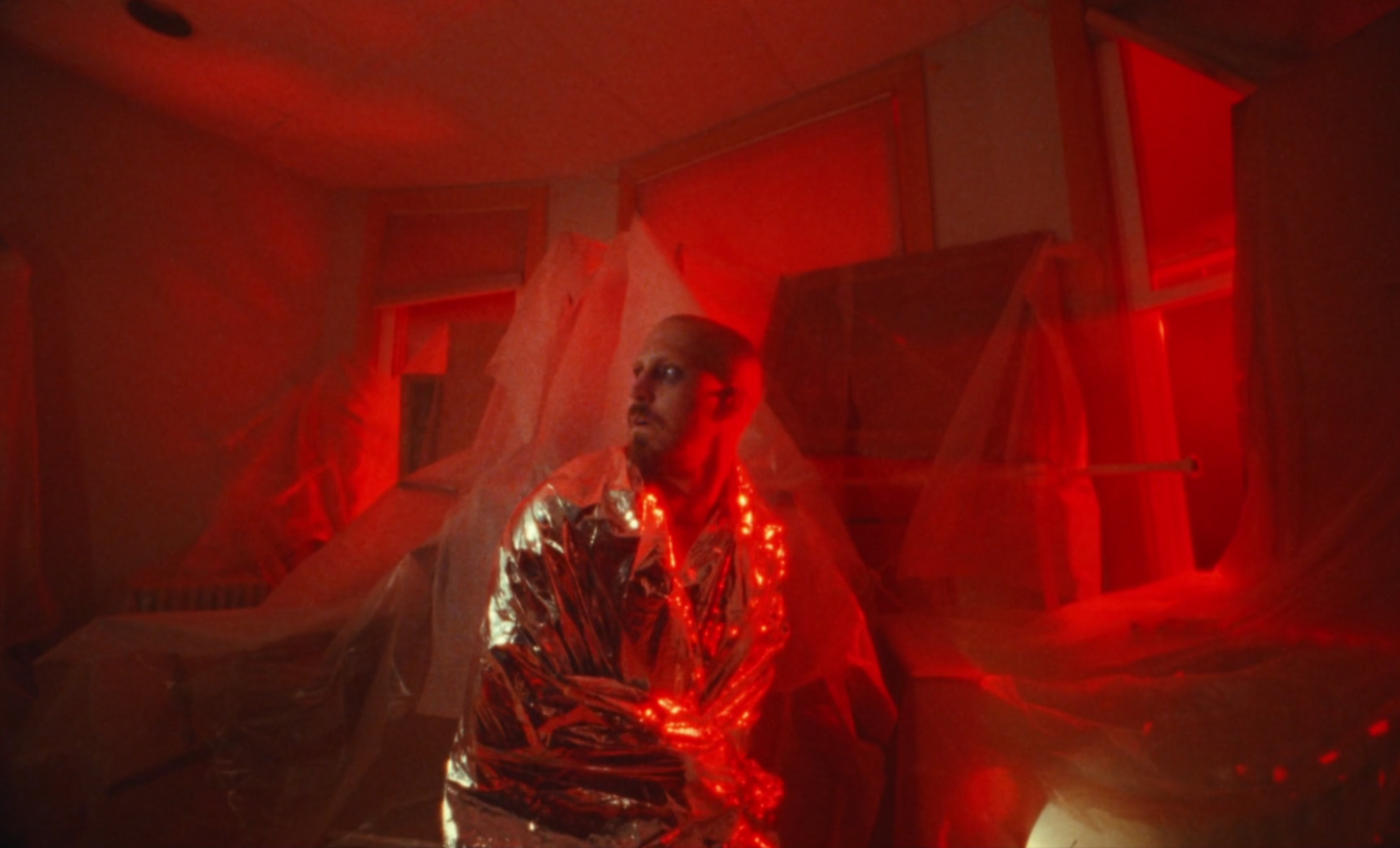 Could you take us deeper into the intricacies of capturing what you needed during the shoot?

If we were to do this the ‘right way’, we’d have used motion control… Of course, we didn’t have the budget for that, so we had to control the dolly speed by hand. To be able to make our human-powered camera move hit those exact in and out points for each shot, I made click tracks for the dolly grip that we played back while shooting. I broke down each ‘scene’ of the video into its own beep track alongside the animated previs, with a narrated countdown from the entrance to the exit. Then on set, we put strike marks down on the floor that corresponded to each beat of the countdown and attached a laser pointer to the dolly that pinpointed the camera’s mark along our timed path. Thus our dolly grip, the amazing Danny Green, could time hi-speed to exactly match the beats we needed to hit. After this, Danny’s new nickname is ‘Motion Control’.

Since there’s no intercutting here we had to effectively edit in-camera.

I also pre-recorded myself giving specific instructions over the click track, for scenes when the camera needed to slow down, stop, speed up, tilt, pan, boom up, etc… All at specific times to hit our marks including beats that we needed lighting changes. This way, I let the technical timings get programmed into everyone’s minds without needing to be barking out camera direction on set, and freed myself up to direct the cast. Which was especially needed since, due to trying to trim down on the number of people necessary on set due to Covid precautions, I was my own Assistant Director! Along with that, any panning and tilting that happened within each scene needed to be levelled out exactly back to our starting shot by the time we left the room, so Logan Triplett, my good friend and DP, had to nail it all by hand. We taped an electronic level to the camera, so he’d know when he hit the exact angle we needed to be at.

It sounds incredibly technical to pull off. Were there any scenes that were additionally challenging?

Some sequences took special planning in the prep time. We shot some scenes at double speed, and some in low frame rates, so we needed to then slow down or speed up the dolly moves so that their resulting on-camera tracking movement stayed continuous. And then for the upside-down scenes, we had to raise the camera to the equivalent level it had been from the floor, with the inverse angles. As you might imagine, our shotlist was annotated with tons of details with numbers… which was the only thing that kept us on track. We shot out of chronological order quite a bit, so we had to just trust the shotlist to know ‘when’ we were supposed to be at any given time.

What enforced your decision to shoot on film?

Beyond just the aesthetics that matched our scenes’ time period, I knew that the imperfections of film would actually really help our technique and effect. Since things wouldn’t be quite so sharp and exact as if we’d shot digital, it gave me just a little bit of leeway when stitching things together; it hid any imperfections a bit so that the effect sold better. 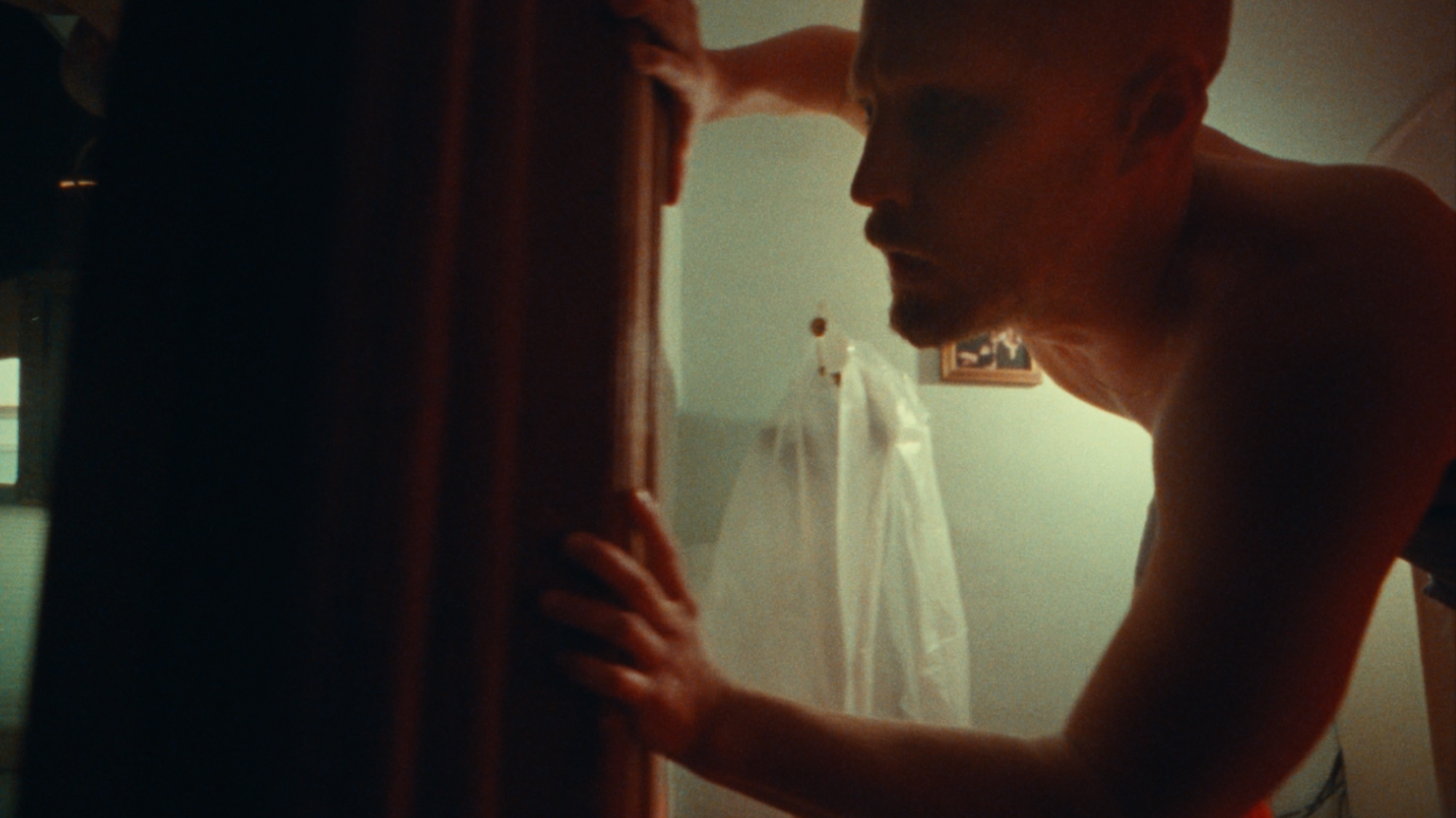 How did the technicalities affect everything else in the scenes, for example, each scene has a distinctive look, was that difficult to manage?

We shot the same room with eight different major set changes, with shots moving ‘forward’ and ‘backward’ in each, to put together the narrative. Which meant that the set dressings had to be flipped eight times, and all in one day! Production Designer Luke Carr and the Set Dresser Linnea Crabtree did an amazing, fast job with the set design and changes.

Our shotlist was annotated with tons of details with numbers… which was the only thing that kept us on track.

In terms of art: We wanted to make our character’s dwelling feel lost in time, and very lived-in. It was packed full of little details that changed throughout the video; if you pay attention to the set, there are so many fun, subtle things that evolve and change along with the mind state of the character. For example, the ‘family portrait’ that is framed just inside the entrance door: We fabricated different photos for each shot, starting with the man and woman happily together, then further apart, then the man alone… and then a series of his photos getting more deranged. Similarly, we start with a full fish tank, with two fish; and then the next shot, when the woman is leaving, it’s half-empty, with only one fish. And on and on. The fish went on to live with Luke and have even starred in another production since then!

Looking back you must be pretty chuffed that you all pulled it all off. Is there anything you’d like to say to your collaborators?

Just a huge thanks to the entire cast and crew, who somehow got this all in the can in just one pre-light and one shoot day. And even more thanks to our lead Andy Talen, who sacrificed his beautiful hair for us!

Broken Eyes is one of the many great projects shared with the Directors Notes Programmers through our submissions process. If you’d like to join them submit your film.