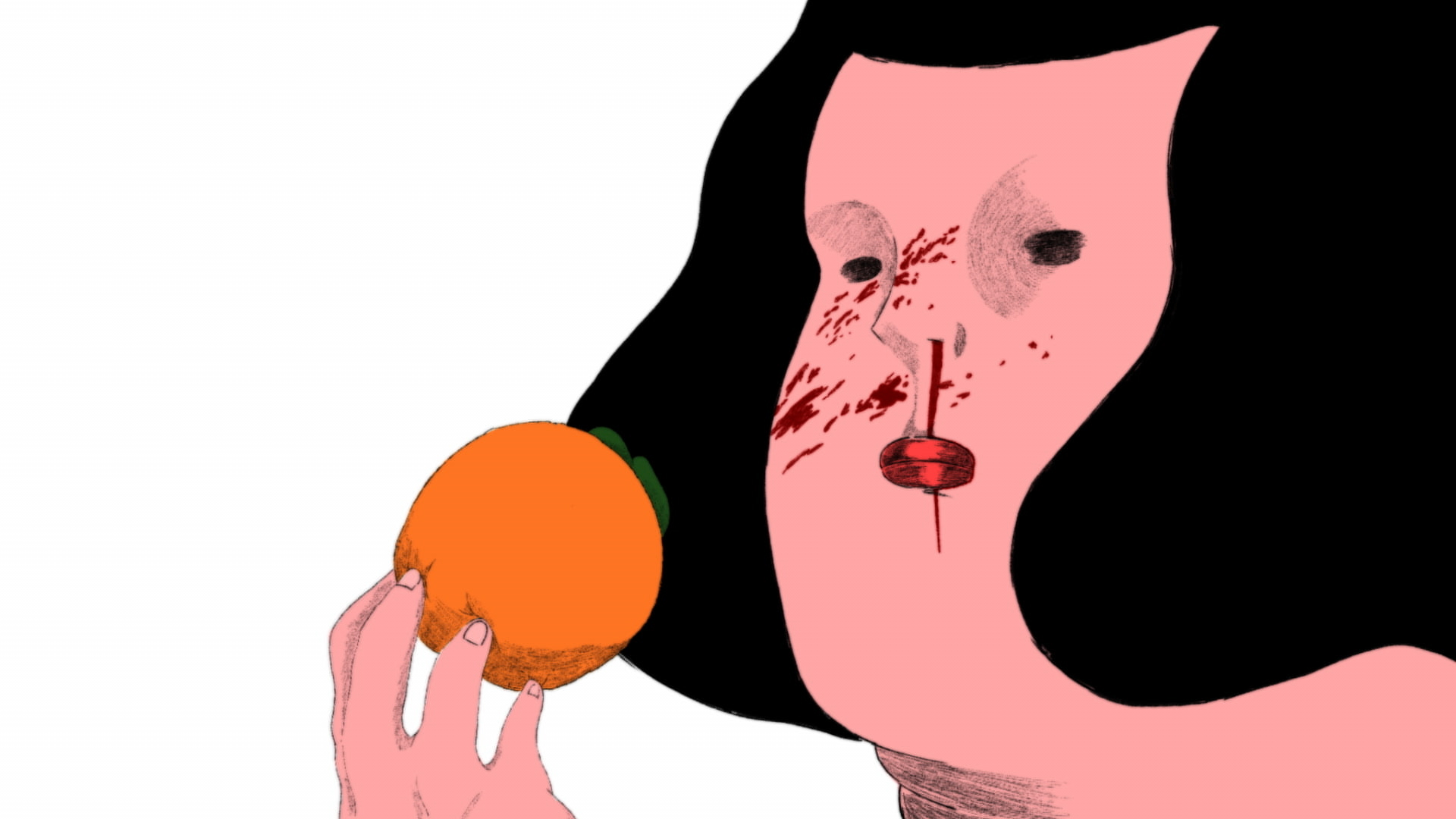 If you’re a regular at Director Notes, you’ll notice I don’t tend to write for the site much anymore – since going full time at Short of the Week most of my time is spent on running the editorial side of things there. Thankfully, the curation of the two sites is quite different, meaning when I do occasionally get to feature a film here on DN, it’s a short film I really wanted to champion (usually an experimental animation) but didn’t fit into the stricter “narrative-first” brief we have to selection over on SotW. This is definitely the case with today’s pick Knife Hanging From a Tree by JiHee Nam. A visually striking, narratively intriguing 3-minute animation, it’s unconventional approach to storytelling means it’s more of a challenging piece than more traditional narratives, but with that deviation comes a raw excitement I love so much in pieces like this. With a two word synopsis (see below) to describe its premise, I spoke to LA-based Director Nam about her distinct short and her general approach filmmaking.

The synopsis for the film simply reads “sour grapes”, I’m assuming this is left purposefully vague, but can you expand on the subjects/themes you were looking to explore in your film?

The original context is from the Korean traditional saying, which can be directly translated to, “Since I can’t eat the persimmon, let me stab it.” It’s a saying used to show one’s behavior when that person can’t achieve what they want. It’s similar to the English idiom, “sour grapes”, which I included to make it relatable to the general audience. Every time I come up with a synopsis, I find it better to have them really short and simple, and as you mentioned – vague.

Also, as a director and as a third person, who is observing the characters, it’s just really fascinating to see how relationships can be destroyed with a really tiny thing. Even though at one point, you think that the person is everything and a constant figure in your life, whether it be lovers, friends, family, etc. 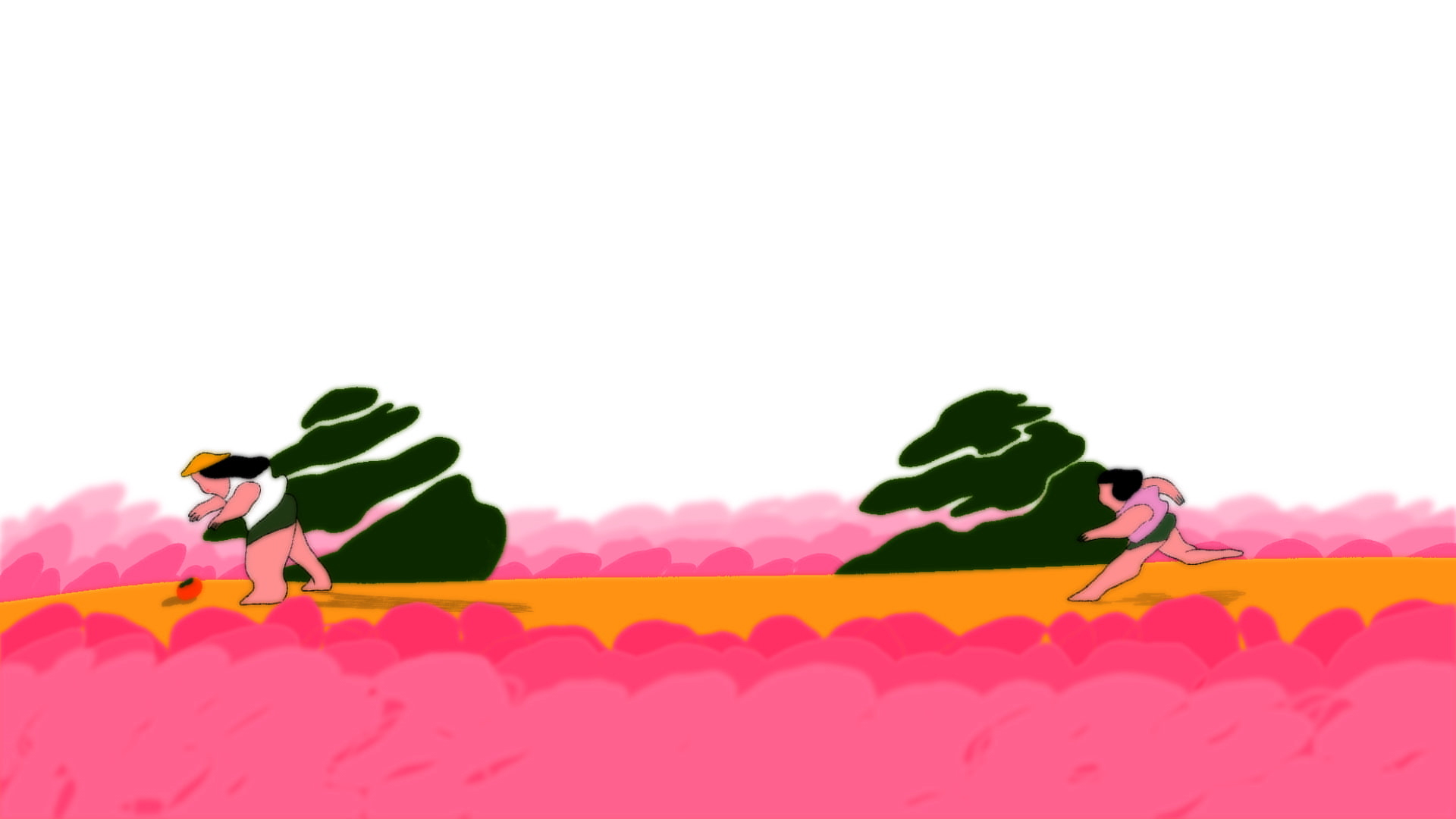 What was your motivation for making Knife Hanging From a Tree?

The film’s synopsis could also be considered as “What goes around comes around.” While this explanation is very simple, I was intending to also include the specific system of the world. In the film, the beginning may have been merely what had started out as small greed, but in the end that greed burned black and left only ashes.

The character who is still blinded by the persimmon tree will never see their ending, nor will they even try to.

In the original Korean traditional saying, they never really revealed what happened to the person themself. But in this film, unfortunately, it proves that human greed is endless and that people repeat the same mistake. The character who is still blinded by the persimmon tree will never see their ending, nor will they even try to.

The aesthetic for your film fascinated me, there’s a real playful feel to the use of space and perspective throughout the short, what inspires your visuals?

My visuals are often inspired by a technique that comes from a Japanese word called ‘ma’, which means a negative space, gap, or a pause. I think we’re usually very familiar with scenes that have full explanatory dialogues or actions. But with ‘ma’ it emphasizes the more emotional part of the film. There’s a moment of silence, hinting the idea of waiting or guessing.

It’s kind of like playing tug of war with the viewers. You pretend like you’re letting them pull you.

Also, since I don’t draw a lot of environments, it’s necessary for me to make the characters move in all of the scenes, for fullness. It’s kind of like playing tug of war with the viewers. You pretend like you’re letting them pull you, and then you let go, and they fall. It’s a way for me to create tension in the story. And that rhythm plays with the viewers emotionally.

One important question that I always ask myself is how much can I play with my audiences? How much information should I give them? While it would be really nice to give all the manuals out for the audiences to build their furniture, I find that it’s more interesting to see them build something else. Then before allowing them to even look for clues, I go on to the next scene.

Colour also feels like it plays an important role, with some elements brimming with colour and others more starkly uncoloured – what was the thought process here?

Having the distinction between colored versus uncolored was one of my ways to show the characters’ personalities and the way I presented the film itself and can be broken down into three key points. The first reason to keep some parts black and white/uncolored was to show how simple-minded the antagonists were, and how they didn’t see the big picture. While, in reality, there’s more to think about. So, separating characters who are living in their own world from the world that is moving constantly around them.

The second reason, is that it was a way for me to keep my synopsis short, since I think it isn’t necessary to explain too much about something that cannot be changed, and maintains some element of mystery. The last reason is that while colored scenes are beautiful as they are, I think uncolored scenes provide more room for imagination and misinterpretation, which I find very appealing.

You talk in your bio about “revisiting the same environment multiple times” in your filmmaking, can you tell me a little more about this and why it’s important to your work?

There are films where a scene is repeated several times. A simple example would be a certain scene is shown in the beginning of the film, and then it reappears halfway through the film again. I think it is an important technique because even if it is the same scene that you recognize, the emotional feeling you experience or the impact you receive, can be very different. Since in the beginning you don’t get much information, while halfway, you are given clues and other puzzle pieces that help you to complete the maze, making the same scene more charming. 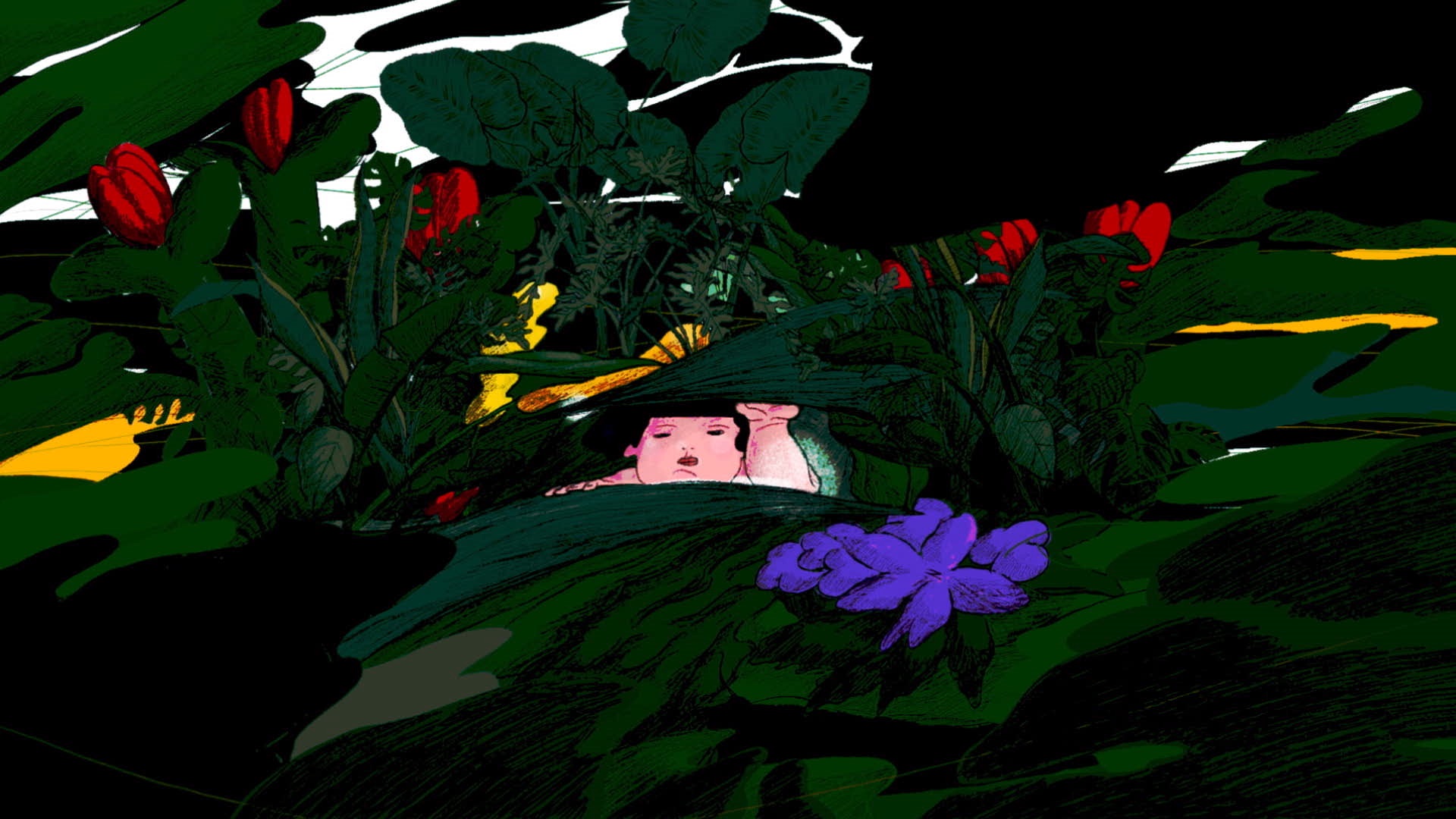 Knife Hanging From a Tree was created while at CalArts, how important has your time at the school been in helping you develop your filmmaking?

To give you a little backstory, 3-4 years ago (so between my time in undergrad and CalArts), I was definitely at a place where I felt that everything I made either didn’t make sense or was something I wasn’t proud of. I was having doubts about pursuing animation. I’m sure everyone has moments when they’re exhausted coming up with new ideas and lose inspiration.

It helped me reexamine what I really wanted to focus on in my creations.

My two years at CalArts allowed me to surround myself with people with the same interests and artistic issues, and it helped me reexamine what I really wanted to focus on in my creations and it helped mould my ideas and identify my interests. My time there also encouraged me to just dive in and have less fear, and have more personality in my work — KHFAT is one of them. So, I think it was a really meaningful experience for me.

I was working on a new piece that’s on pause at the moment. Just to give an overview, I’m trying to compare the concept of a “story” to the idea of a pendulum, and explore what would happen when the pendulum (or in this case the story’s) consistent motion gets disturbed. The story doesn’t necessarily focus on one specific subject, but instead is a digression of several stories, with no main characters. So basically a lot of things are happening in one scene. Hopefully, I can get that film out soon.