Two-time DN alumnus Taisia Deeva’s powerful new video for Paul Kalkbrenner’s Parachute (her second collaboration with Kalkbrenner following cautionary blind faith tale Part Twelve) is a story about finding unity in the power of shared experience and vulnerability. Featuring a naturalistic and practically-created flying effect, Deeva’s video was made under the strictures of social-distancing, proving yet again that technically impressive art is achievable regardless of the global situation. We spoke to her about developing those effects and how creating a video out of the darkness of lockdown felt like a miracle.

When did you hear from Paul about creating a video for Parachute?

It was the third month of the UK lockdown in my apartment in London. I did not feel very good, to be honest I felt very sad and hopeless. At that moment it seemed to me that things would never go back to normal, that I would never have an opportunity to shoot and work as a director again. I felt very isolated and lonely. That was the moment when I was approached by Paul Kalkbrenner’s management and asked if I wanted to write a treatment for his new single. It seemed like a miracle to me.

The whole story became alive in my head with my emotional state being a very fertile soil.

Did the situation you found yourself in affect the video you wanted to make?

I was feeling extremely vulnerable when I listened to Parachute and the track intensified my craving for connection with the world and gave me hope. The images of the boy and the whole story became alive in my head with my emotional state being a very fertile soil. Luckily, Paul liked my idea and I was hoping to be back on set as soon as it was possible to shoot again.

How was it working with Paul?

Paul is an incredible artist who has huge respect for the artistic work of other people. I feel very grateful to have had complete freedom of expression in this video. It was a very therapeutic experience for me as an artist.

Was the preparation for, what is quite an ambitious socially distant shoot, all done remotely?

My Producer Karina Tateosyan and I started a long preparation period on Zoom. Location scouting on Zoom, creating a storyboard on Zoom. It felt like we would never come together and actually shoot in the physical presence of each other.

Was it much of a challenge for you to achieve the floating effect?

Levitation and floating in the air was a big challenge. Most videos with levitation do not work for me, they look fake and cheesy. Karina and I were very concerned with this matter and spent a lot of time researching why in some videos humans flying looked credible and in others it did not. Karina organised Zoom calls with people who shot a space movie in Russia and they were very generous to share all their knowledge with us. Our choreographers and stunt coordinators worked hard together to help the actors to get the feeling of what zero gravity feels like during rehearsals on wires.

Did you encounter any other issues?

Another technical challenge was to manage to only shoot without direct sunlight in the frame as the main action of our video takes place during a solar eclipse. That was extremely hard to realise. Our production company The Martini Shot and our DOP Daniel Obradovic did their best to create an intricate schedule to make that work. We were literally chased by the sun on both shooting days. It was intense.

It was a very therapeutic experience for me as an artist.

It was an extremely difficult shoot technically as well because we decided not to use a green screen in 90% of our levitating shots. So, our stunt crew and our actors were doing incredibly tough physical and psychological work floating on wires between concrete buildings at a significant height. But it all paid off. 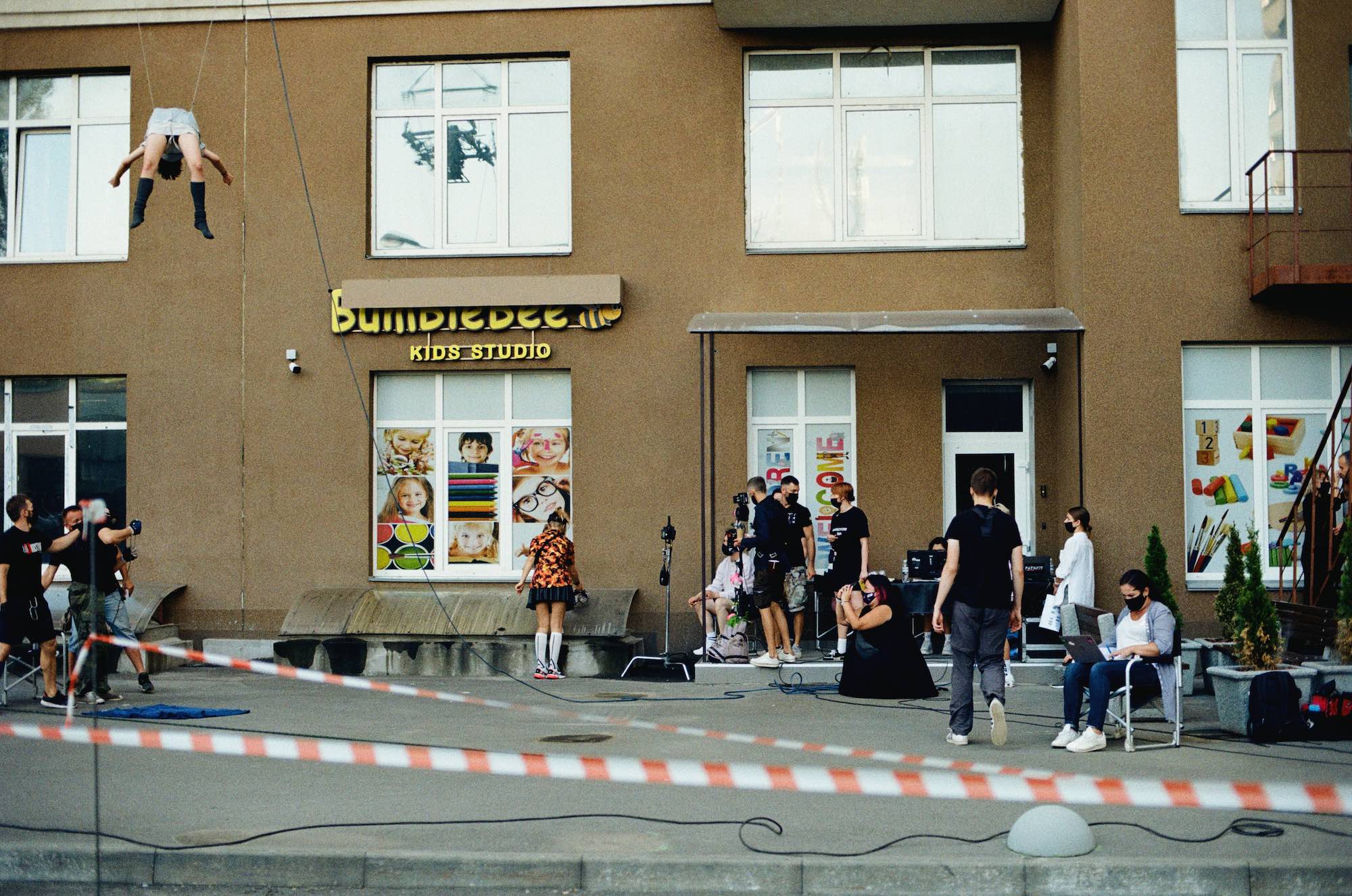 How do you feel looking back on the experience, knowing how you felt at that moment when Paul’s management sent over the single?

Each person in our crew was very motivated and it was such a soulful and gratifying shooting process despite all the complexities and difficulties that by the end of the process I was totally recovered from the melancholy that I experienced during the lockdown. Supported by my crew, I felt like one of the characters in the circle in the last part of the video when they all hold each other’s hands and touch the ground.