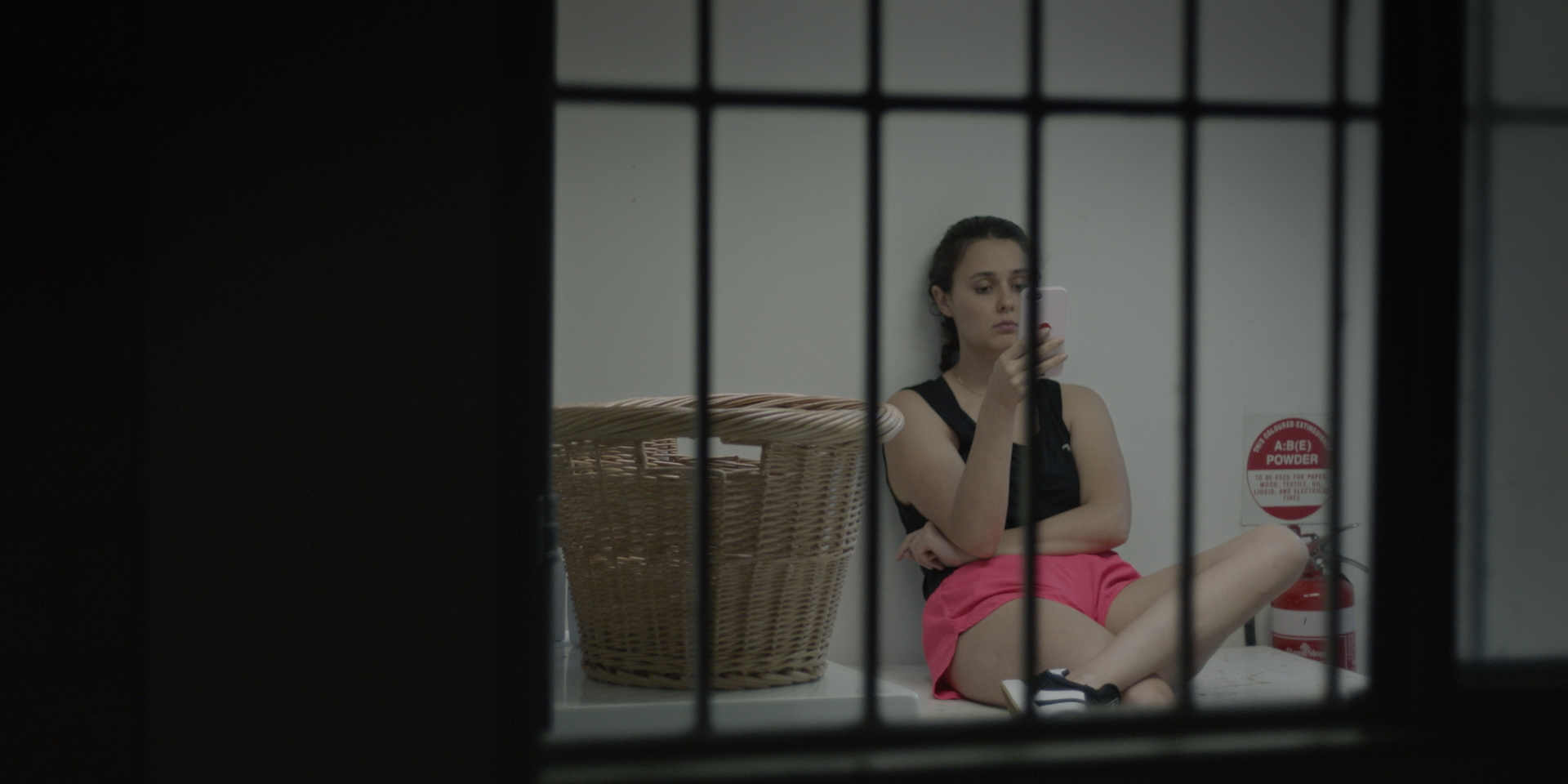 If Angelfish suggested that Dane McCusker was a director to watch, The Complex has proven that he is a director to admire. But don’t be fooled, as the title hints, this is not an easy watch. There’s no jaw-dropping cinematography, elaborate cutting or flashy SFX either. It’s not even particularly original. In fact, the storyline in The Complex is so familiar, that if you’re a woman over the age of 12 and living in the Western world, the chances are you will have experienced something very similar at some point in your life. Beautifully embodied by the film’s co-producer Jessica Murphy, Charlotte’s trembling world threatens to collapse as she wrestles with the unwanted attention and the invasion of her personal and emotional space by her new neighbour. The 15 minute psychological drama blends fear, pride and doubt into an increasingly uncomfortable watch and one which has sparked an important conversation and divided opinions on the takeaway amongst its online audience. We invite you to join our conversation with McCusker as the director discusses gender bias, reveals why The Complex was a project close to his heart and sets the record straight.

Your previous short Angelfish highlights the disconnect between modern day dating rituals and acceptable behaviour, whereas The Complex threads through the blurry lines within the wider social interactions between genders. What inspired you to write The Complex and shine a light on this particular issue?

The initial conception of this story came with producer/lead Jess Murphy. We’d been in a relationship for 5 years at the time and had always wanted a project to do together – this subject had been just something that we had constantly been talking about in our private lives. Jess had a series of run-ins that were similar to the one in the film and being her support through that, I saw all of the discomfort and anger and guilt she was feeling – and the questioning of the validity of those feelings. So we both felt like it was interesting and important territory to explore. Something that has always sparked my curiosity artistically is how socially conditioned behaviours play out emotionally in real world scenarios, I think that is a thematic thread that carries through both films. There’s a really interesting cross-section of sociology and psychology that I feel is really fertile ground for story.

Were there any useful lessons, or dos and don’ts, that you learnt from making Angelfish which came in handy when making The Complex?

Everything that I had made previously was a lot showier. Angelfish was a much more stripped back character piece and that really made me focus on performance. I think the importance of giving actors space and time was a big lesson on that film. Magic can happen sometimes if you just keep rolling – there’s an unpreparedness to it that can bring out amazing things. Also, bringing improvisation out of the rehearsal room and onto the set. That was a big one that I carried over and pushed further in this film. The whole scene between Jess and Nina (the friend who coaches her) was a mix of the written scene and some impovs. It was really exciting to construct it in the edit with so much great material from the two actors.

Everything about the short appears quietly natural and mundane – from the characters and their surroundings, to the interactions between them and the overall look of the film – reinforcing the notion that something like this could happen to anyone. How did you achieve that and why was it important?

It’s funny, this was actually shot in the apartment that Jess and I were living in at the time. The environment was such a big influence on the writing and it was exactly like that, everyone was so close together, you could hear everything that was going on in the building. It was important that we were able to capture that authentically. It’s another layer to this story that adds the already fraught gender-relations in a pressure cooker – and that’s the kind of forced intimacy of apartment complexes. I think because that was our day-to-day existence, we were able to get some of the detail that’s ubiquitous but so specific about apartment living. Also, our DoP Michael Steel was incredible at lighting things to not look overly ‘lit’. The naturalism was really important to show the themes underpinning this are so pervasive and omnipresent, and he was able to express that without resorting to hackneyed quasi-documentary tropes.

Magic can happen sometimes if you just keep rolling – there’s an unpreparedness to it that can bring out amazing things.

Jessica Murphy, who produced The Complex and plays Charlotte has managed to capture the swirl of emotions running through her character flawlessly, embodying both strength and vulnerability throughout. Was the decision to cast her one that was made right from the start or did you consider other options for your lead?

No, this was specifically built around us working together and it was great for the actor/director relationship to have basically unlimited access. We rehearsed a lot but if she was ever curious or wanted to try something, like part way through dinner, we could just get up and workshop it together. She put a lot of work into shaping all those interactions and finding shades and nuance which was incredible – but another layer was added when the rest of the cast was put together. There was a certain chemistry that helped achieve a depth that feels like these people exist outside the frame of the story.

The Complex’s score is sparse but undeniably compelling and an excellent accompaniment to Charlotte’s distress. String guitars are somewhat of an unusual choice to go with so I’d love to know how and why you picked them.

Finding the right sonic palette for this was really interesting. The movie really hinges on this underlying tension and creepiness but it’s not a thriller or a horror, so I wanted to stay well away from that kind of score. And again, the whole effect was aiming for stripped back simplicity, so something about nylon-string guitar felt right. There is a classical timbre that feels timeless and in terms of budget it was a lot more economic to record. Luckily my brother is an incredible musician and guitarist so it was quite an easy collaboration.

Do you think that the overall effect of The Complex on its audience has in any way been hindered because of the fact that it was written and directed by a man?

Great question! Maybe that’s the case, but film is such a collaborative medium, I feel like that opinion discounts the numerous strong female voices that contributed to the making of it. Jaime Lewis, Jess Murphy and Kate Deegan were all really instrumental in shaping this story. But also, there’s that larger question about authenticity. This story is about the interactions and microaggressions and sensitivities that can exist between men and women, and from my perspective, I feel like men have a hell of a lot of work to do to iron out some of the injustices we inflict on women every day – large and small. Is that a story better told by a woman? Maybe? But the great thing about art is that through curiosity and sensitivity and collaboration you can create an expression of something that feels true – and that empathy is the most radical part. I know there is a lot more complex cultural baggage around who has the right to tell what story but at the end of the day it’s not aiming to be the definitive statement on gender relations or claiming to be the absolute female perspective, it’s function is much more of a provocation to further conversation. 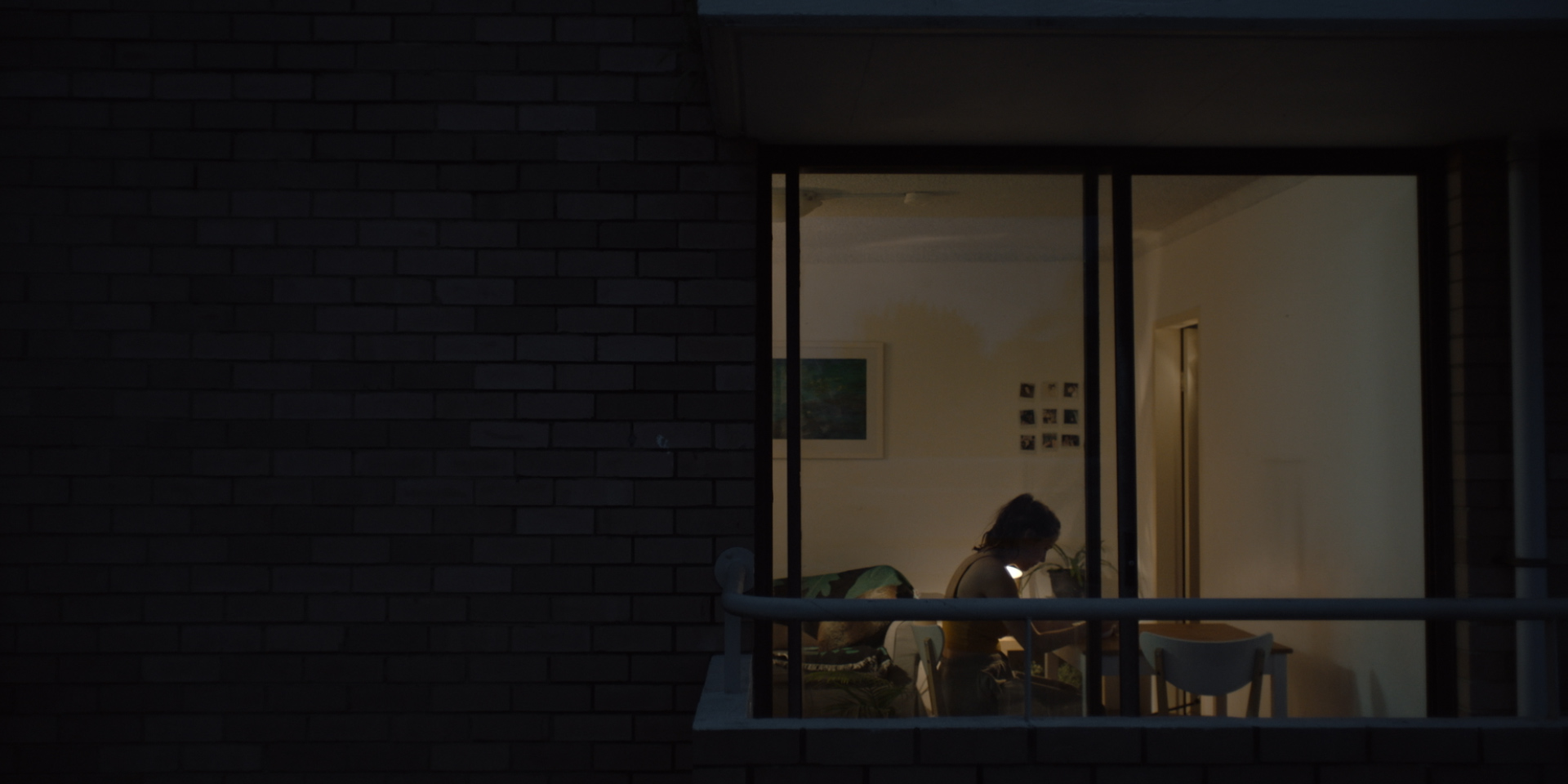 Judging by the comments online, it seems that most viewers side with Charlotte’s character, however there are a handful of people who label her as a typical millennial who overreacted and got what she deserved. Could you set the record straight for us and tell us what you were hoping the audience would take away from The Complex?

Looking at all the comments (especially on YouTube) it really functions like a Rorschach test where people will project their own biases onto the story. Once they do, they are usually challenged by another commenter and it sparks debate. It’s actually been really great to see that play out in real time. Obviously, I think that Brandon is someone who completely lacks the sensitivity or self-awareness to understand how creepy his actions are. And even if in his own head, he thought his intentions were somehow noble, he is so fragile that when called-out for making someone uncomfortable, he is so aggressively defensive and petulant. I think that behaviour is abhorrent. Having said that, I had to render that character in a way that is credible and had enough plausible deniability that he could truly believe he was right. In doing that, some people will read the film another way. But that ambiguity and difference of opinion are what sparks the debate. The more opportunity I have for the Brendons of the world to be debated and their assumptions questioned the better.

It really functions like a Rorschach test where people will project their own biases onto the story.

I’ve just finished another short, an absurdist comedy thriller called Monsters. But most excitingly, I’m in pre-production on my debut feature film, which Jess is producing. It’s a dark comedy called The Big Dog about a successful suburban stockbroker and family man who is embroiled in a findom affair. We can’t wait to get that out into the world.