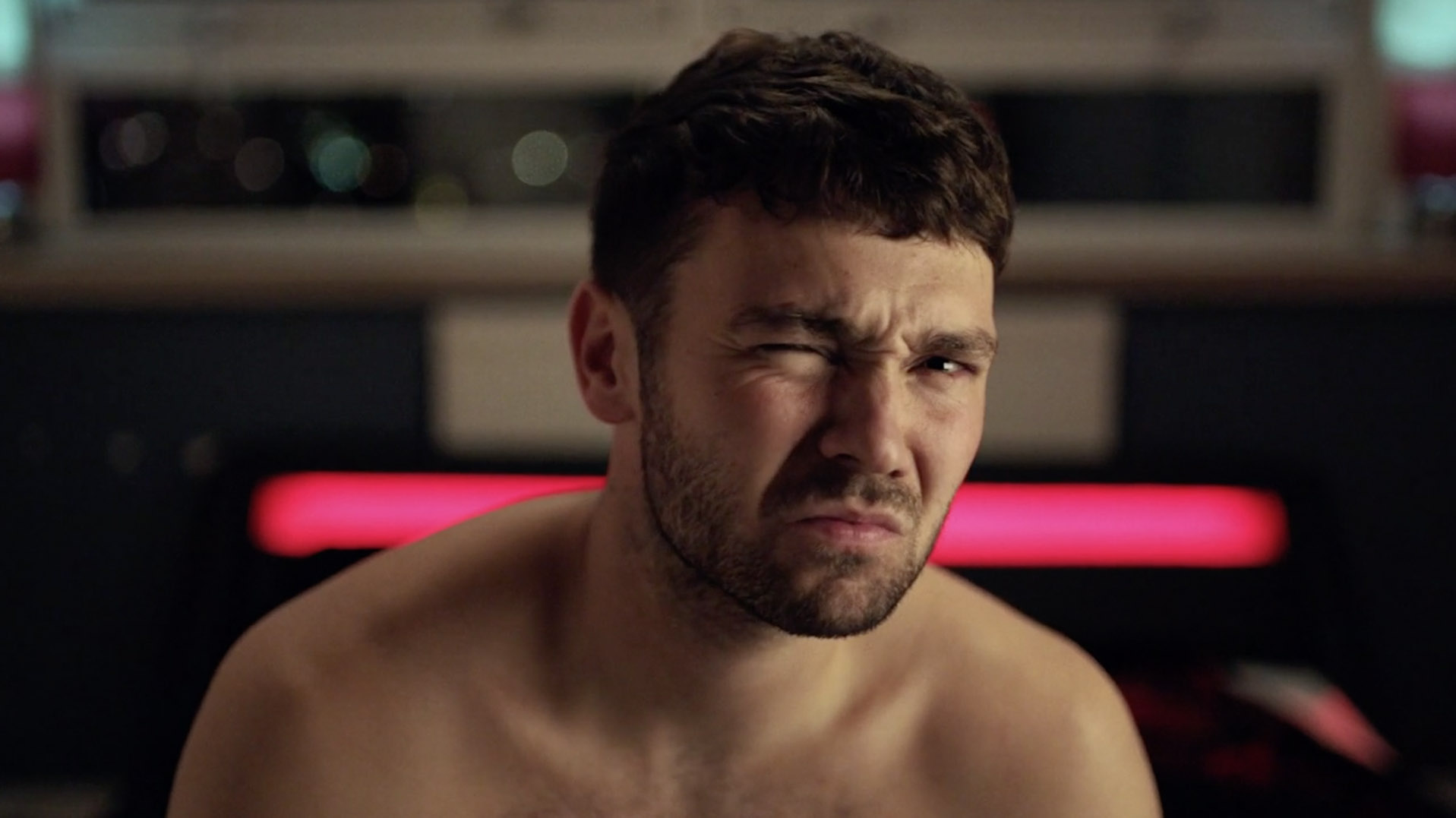 “All characters portrayed in this film are fictitious. Any resemblance to real homophobes is purely coincidental” – Director Rally Ridberg forewarns us at the very start of his new short, perfectly summing up what the next four minutes will deliver – a funny film that’s no laughing matter. Straight Faces follows Liam (Jake Davies), who tells his mates about a particularly disturbing story concerning their old mate from school Sean. Cleverly concealing its best comedic moments between the dialogue lines, in what remains unsaid, Straight Faces is a loaded Pandora’s Box within which humour and outrage relentlessly pinball off each other, in the end leaving us quite unsettled – partly because we might reluctantly recognise ourselves in its flawed characters and partly because despite that, we might still struggle to keep a straight face as the tragically funny story unfolds… DN is chuffed to host the online premiere of Straight Faces and chat to Ridberg about homophobic conditioning and the power of provocative satire.

I’m curious about what inspired you to write Straight Faces.

It might sound simplistic, but I genuinely just thought that if I could make a film that was good enough and the right person saw it, I might be able to have them seriously contemplate their toxic ways. Because even if said person is able to laugh the film off, my hope is that deep down – they’re rattled.

The production seems relatively straightforward. Were there any unforeseen challenges or happy accidents?

No drama – one camera, one day. There ‘was’ a happy accident actually, I had no idea that bed lit up like that. People think that’s some sort of LED strip that we’ve attached – nope. And mad, because retrospectively it feels integral to setting the tone of that scene.

I genuinely just thought that if I could make a film that was good enough and the right person saw it, I might be able to have them seriously contemplate their toxic ways.

How game were the actors when it came to filming the intimate scenes?

I don’t think I’d have had anyone on board if it didn’t feel like they were game, for many reasons – but ultimately these guys are professionals and like me, just wanted to tell a great story. The kiss at the bus stop was tough though, ‘cause it was getting on for midnight and there were some interesting characters about. 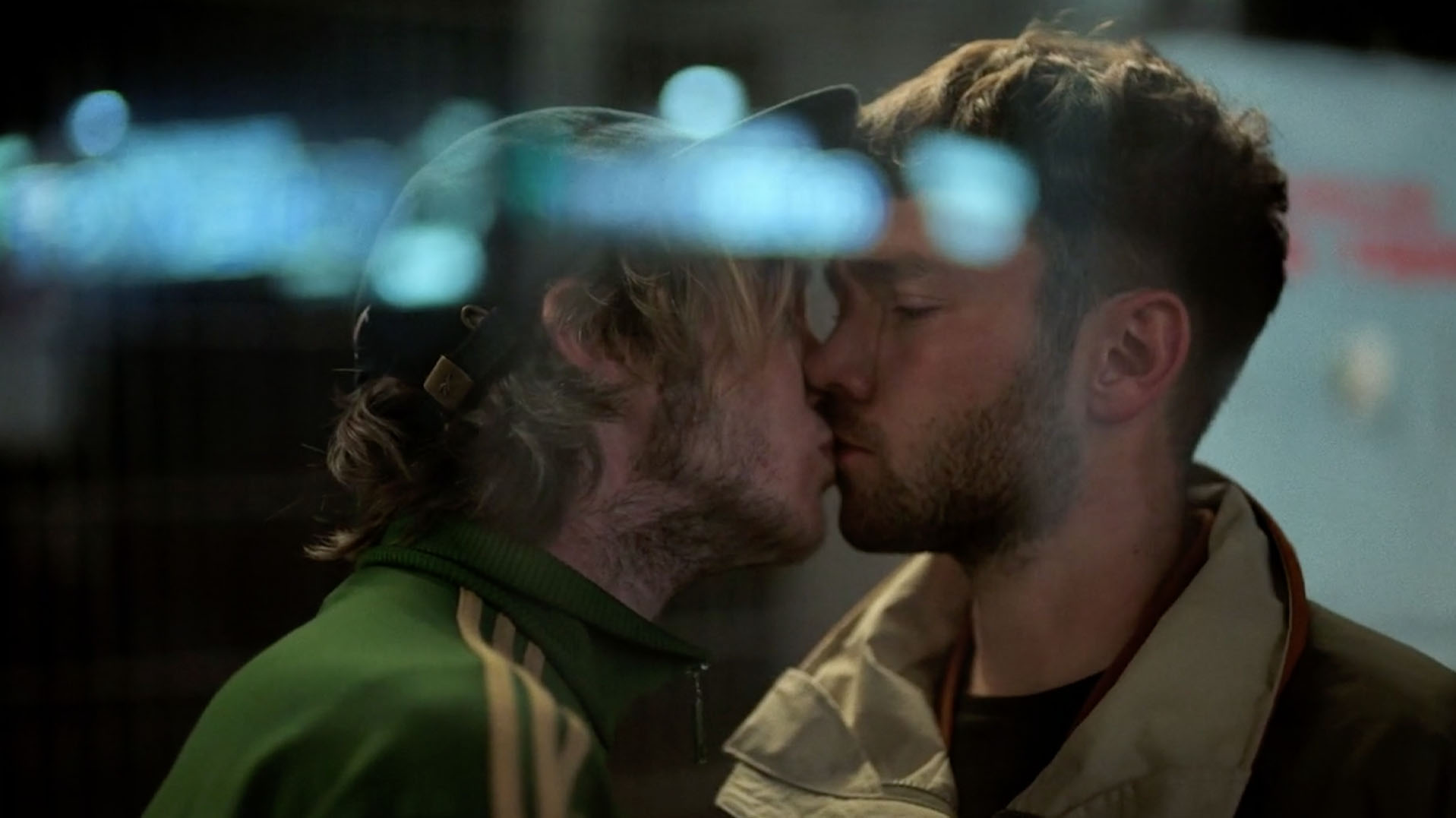 Though on the surface it might appear that Liam’s friends merely exist to provide an audience for his story, on closer inspection it’s clear that each character, even those without a single line of dialogue, has a specific role to play or maybe an emotion to convey. Tell me more about these guys and how they came to be (I’m especially curious about the one in the opening scene).

I’m glad that’s being picked up on, yes – it’s all about power. We wanted to establish the dynamic off the bat with a conversation that affirmed our protagonist as the alpha and his mates as the beta in the equation. So our protagonist ‘has the room’ and it’s his height to fall from – the question then becomes; will the lads keep this universe propped up once it inevitably begins to crumble? I guess you could see them as society at large, participating individually to different degrees.

You’re also completely right to pick out that character, our silent observer – he’s the moral centre in a way. I found the film was too unforgiving without him. Fun fact: I have a law degree (just about) and our legal system is obsessed with what the ‘reasonable man’ would or wouldn’t do in given scenarios. To an extent, this character is that notion personified – he’s the viewer. I knew I paid tens of thousands of pounds in university fees for a reason!

You believe that, to an extent, all straight people are homophobes (which immediately brought to mind The Inbetweeners gang mockingly saying ‘Gaaay’ in unison). Can you elaborate on that?

I wouldn’t go so far as to say that ‘all’ straight people are homophobes, but I’d definitely say that society, on the whole, is homophobic – and as a result, our conditioning is such. It could be different nowadays, but growing up in the inner-city in the nineties and noughties, it seemed as if there wasn’t a whole load of room for progressive thought. As you’ve highlighted, popular culture is steeped in it and it’s easy to get into bad habits linguistically; “that’s kinda gay”, “bit gay”. It feels harmless, but you’re better off nipping it in the bud/unpicking it now before you get older and it’s too late I reckon.

Growing up in the inner-city in the nineties and noughties, it seemed as if there wasn’t a whole load of room for progressive thought.

Do you find that the best way to shed light on a serious topic is to use humour and satire? And furthermore, do you believe that comedy has the power to change how we think and even act?

Sometimes it’s bittersweet when people laugh out loud watching Straight Faces. In all honesty, the humour was intended as a by-product of hard-hitting, provocative satire. Perhaps it’s all one and the same, but I think comedy is its own beast – and chasing laughs simply for laughter’s sake won’t get you very far. 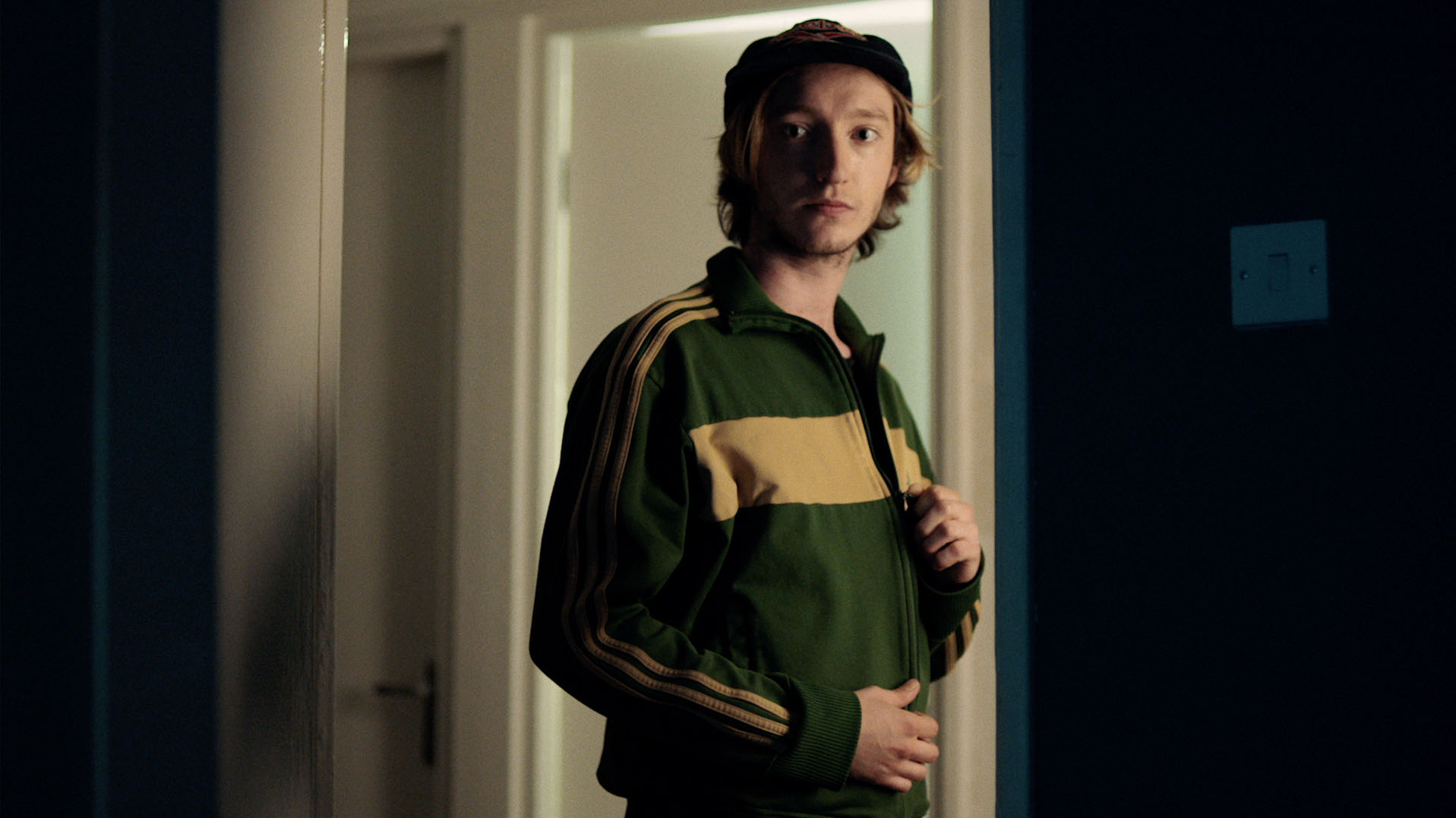 What do you hope the audience will take away from Straight Faces, and what have you learnt from making it?

My intentions are my intentions but at the end of the day, people are infinitely coloured by their own experiences watching a film like this. Regardless, it’s out in the world now! All I can do is hope for the best.

On a personal level, I wanted to challenge my conditioning head-on. I’ve no idea how deep that challenge went – I just know that at surface-level I’ve been successful and if I can’t at least try to grow as a person then why am I on this planet. I’ve also got three younger brothers and can only hope it has a similar effect on them in the long-run.

My debut feature Doghouse. Premise: What if, in a world without dogs, humans kept other humans as pets? We’ve almost finished principal photography – look out for it later this year.

Directors Notes is honoured to present the premiere of Straight Faces on our pages today. If you would like to join the filmmakers sporting a fetching DN Premiere Laurel, submit your film now.