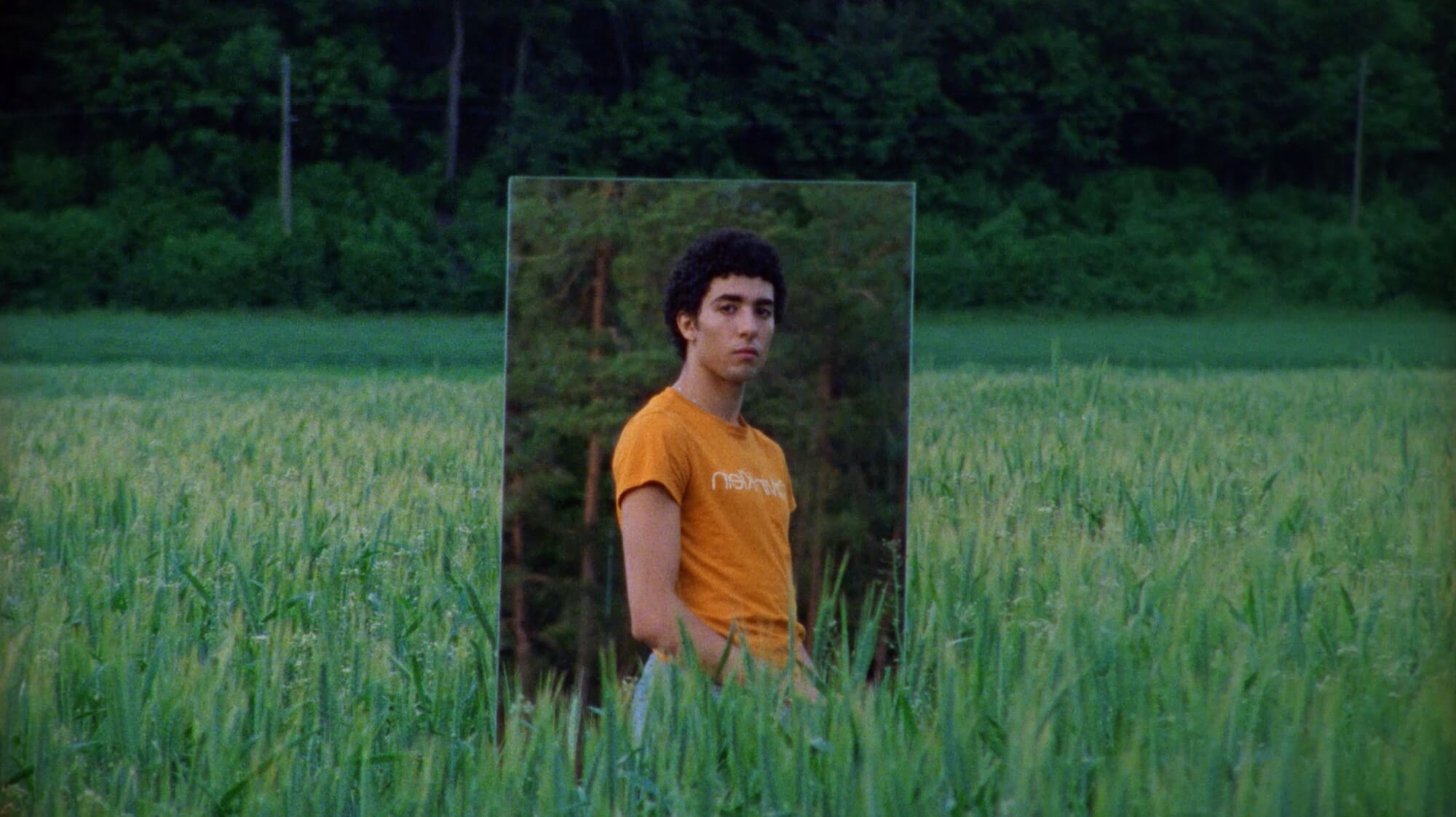 To commemorate Beethoven’s 250th jubilee, Emilie Norenberg was approached by The Norwegian Chamber Orchestra to create a video which modernised the legendary composer’s music for a younger audience. The result of which is Voguing with Beethoven, a remarkable dance film which sees a lineup of contemporary dancers repurpose the popularised dance style for Beethoven’s music. Norenberg adds a layer of identity politics into the mix too which makes the film, like Beethoven’s music, a symphonic artistic achievement about the nature of belonging. DN spoke with Norenberg about the genesis of her modernising concept and her decision to incorporate ballroom culture as the epitome of self-love.

What was the impetus for a youthful visual take on Beethoven’s music?

In connection to Beethoven’s 250th jubilee, The Norwegian Chamber Orchestra approached me wanting to create a visual piece that would introduce Beethoven’s music to a younger audience, while also showing how his music is still relevant today. The managing director of the orchestra had read a review on a live-streamed concert I directed for the Norwegian artist Sigrid a couple of weeks earlier and based on that and the aesthetic of my previous music videos, sent me a playlist named “Beethoven Film Project” and gave me the freedom to create whatever I thought would be interesting.

Did you learn anything interesting that you didn’t know about Beethoven in the preparation for this project?

Doing research on Beethoven I often found him described as an outsider, a man that did not belong to traditional conceptions about how one should think and behave, which I think I connected with. Everything I create comes from a very personal place, film is in many ways a form of therapy for me, where I get to explore my own emotions, while also trying to connect them to something bigger. At the time I was struggling with feelings of rejection and isolation, and was looking for ways I could use these negative emotions and turn them into something positive.

How did you land on which piece of music to use? And did that inspire the dance-based direction of the film?

I quickly fell in love with a super short, presto Beethoven piece, as it immediately evoked images of voguers moving dramatically to the music. I’ve always been interested in dance, and in choreography as a way of telling stories and visualising/expressing emotions. As I ultimately wanted to create something that felt joyous and empowering about celebrating your own uniqueness, and substituting isolation and rejection with freedom and acceptance, this crossover between high culture and subculture intuitively felt right.

I feel like the voguing community’s expression and message are in many ways equivalent to the values that preoccupied Beethoven’s life.

Also, no one teaches self-love and inclusiveness the way ballroom culture does. As the style originated in an environment where oppression was common, this has naturally invited the force of freedom into the dance, and I feel like the voguing community’s expression and message are in many ways equivalent to the values that preoccupied Beethoven’s life, namely equality and freedom. I quickly put together a mood film and presented it to the managing director of the orchestra. He was beaming throughout the two minutes he was watching, and soon after that Andreas Johannessen, the DoP came on board.

What did you and Andreas discuss when it came to visualising your premise?

Andreas is an incredible collaborator, he has great taste, is very hands on, and is always eager to challenge and push boundaries, and so we bounced ideas back and forth, shared references, met up whenever we could, and talked about the idea and how we wanted to visualise it. I had a lot that I wanted to say, a lot of emotions and thoughts I wanted to come across in the film, and so he was definitely a big part of developing the initial concept into a story. The fact that he came on board so early on in the process also meant he was included in the casting process, choreography, as well as scouting locations, which I think was extremely valuable.

How extensive was the process in putting everything together and shooting? Did you split shoots between the ensemble work and Karim’s scenes?

We had a two-day shoot, shooting on Arri 416 250D/200T/500T film stock with Canon K35 and Master primes. Our first day was quite full on with the whole cast, orchestra and crew. The second day we had a mini team consisting of the DoP, 1st AC, my production manager, our main talent, Karim and I. It was an intense, but beautiful day with the five of us driving around, spending no more than an hour in each location, eating in car parks and sidewalks, no permits, but lots of creative freedom.

We were supposed to do the scene were Karim looks into his reflection in the mirror in the sea, but the water was messy and the sky was really dull. Walking back to our car we realised we had parked right by a really nice field and decided to do it there instead. With the farmer watching us closely from a distance we shot it at record speed. Later on Karim introduced me to bubble tea so I remember feeling really sick for the last few hours but all in all, it was a pretty great day.

Did shooting on 16mm film affect the edit? Were you limited in what you had captured at all?

In post I worked with Tormod Berge, who is one of my favourite editors. Shooting 16mm on a low budget meant we only had about an hour of footage to play with, so obviously there’s not going to be several takes to choose from, but instead of feeling limited, I feel we struggled more with everything we had to leave out. I also worked with Johannes Dekko, who’s a brilliant sound designer. As we didn’t record sound on a lot of the takes, we spent hours researching different chants and drag queen slang on YouTube, so that we could recreate a somewhat authentic soundscape in post, resulting in him and I running in and out of the sound booth experimenting with different ways to chant “pussy pussy ooh aah”.

How much time did you have from conception to the impending deadline of Beethoven’s jubilee?

It took about five weeks from the idea was conceived to the delivery of the finished film. Both the DoP Andreas Johannessen, and I were quite busy at the time, which meant we had a small window to create something and naturally, the film had to be released in 2020 due to Beethoven’s jubilee. Just a day after we shot Voguing with Beethoven, I was doing a live-streamed production with the Norwegian National Ballet at the Oslo Opera House, and so I was in pre-production with two quite substantial projects at the same time. It was chaotic, but my team was amazing and they made what could have easily been a super stressful time into a very enjoyable and fun process. Working on this project and releasing it into the world has definitely been the highlight of 2020.

I ultimately wanted to create something that felt joyous and empowering about celebrating your own uniqueness.

I’m mostly working on controlling my crush with 70s Robert de Niro, as well as my recent obsession with BTS photos from The Deer Hunter. I’m also working on a karaoke playlist. Other than that I’m in the middle of finishing up a commercial I shot right before Christmas, and organising my ideas, as I’ve just changed representation, and will have moved over to Bacon Production by the time this interview is up.