For British viewers, the events depicted in I was still there when you left me make it a difficult watch. It takes place in a tower block in Belgium that is suddenly set ablaze, instantly evoking the horrific images of the Grenfell Tower fire in which at least 72 people died. Told through the perspective of a seven-year-old girl — excellently played by newcomer Anaé Romyns — it examines the impacts that societal failure can have upon abandoned children. Utilising shaky camerawork, extreme close-ups and unnerving sound design, this student film from Director Marie Mc Court gets great mileage out of its non-professional cast. She talked with Directors Notes to discuss street-casting, being tasteful with regards to the sensitive subject matter and finding inspiration from both the Safdie Brothers and Lynne Ramsey.

The film is directly inspired by the Grenfell Tower Fire. It was covered quite extensively on British television. Was this the case in Belgium?

No it wasn’t, but I went to the Notting Hill Carnival that year, and I remember there was one minute of silence. Then I got to understand what happened. Then a year after I started writing my script a building collapsed in Marseille and it reminded me of what happened in London.

The Grenfell Tower is a huge symbol of gentrification.

So both events were in your mind during the writing process?

Yeah. What happened in Marseille and what happened in London is pretty much the same. It’s the system that is abandoning a large part of its population and killing them. The Grenfell Tower is a huge symbol of gentrification and what it does to people who are not gentrifiers. 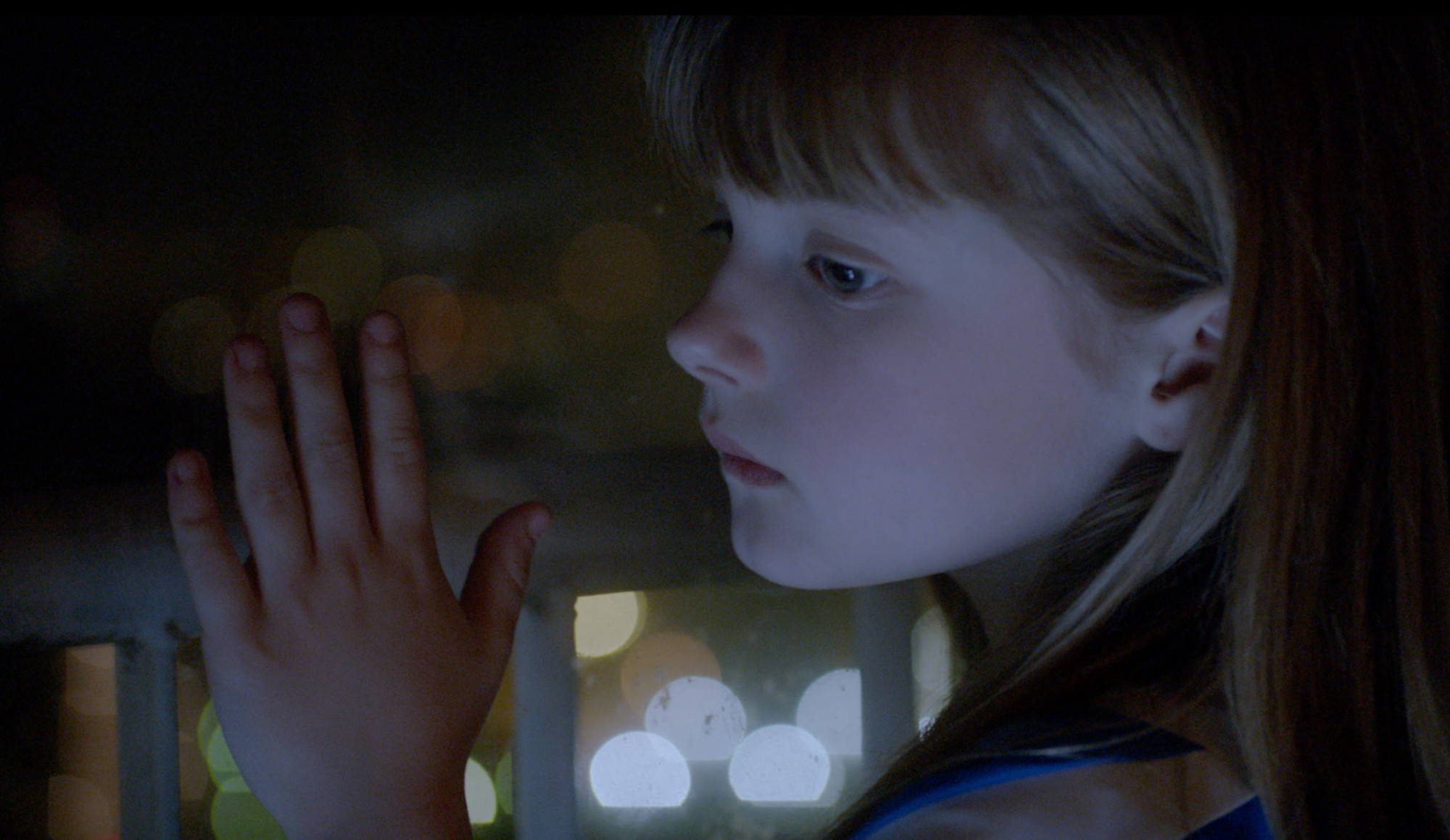 Why did you decide to tell the story from the perspective of a seven-year-old-child?

I figured it would be complicated to materialise this system as a character. I thought: “How can we ask those questions through characters?” We thought that if we put the focus on a child as the main character, we could investigate the question of her responsibility and ask the important questions like: who is the real culprit, who is really responsible for those fires? I also felt like it was a story about abandonment. We wanted every character to be touched by this theme.

What I liked was the immersive approach. It stays close to the characters and doesn’t have any master shots of the building on fire. Can you walk me through the set-up?

My film was my end of thesis work. So we had a limited budget. We used an easy rig and an Arri Alexa. We used that so we could be at the level of the little girl without the cameraman breaking his back. We also felt like the fire is still a very sensitive subject so I didn’t want to show too much of it. I thought that would be overdramatic.

Yes, we don’t see how the fire started, pointing more towards societal failure. Was this a conscious choice?

It’s not about who is responsible or how the building caught on fire. It’s not about personal responsibility, so it wasn’t important to know who did it or how it happened. It was more about the consequences. We thought about how we could talk about this subject without being over-sensational and how we could stay with the people who were touched by it. Also we didn’t have a huge budget, so we had to leave a lot of information off-screen.

You used street-casting in the film. How did it shape the process?

At the beginning it was just me walking the streets and talking to people. That’s how I met Anaé because she’s a dancer. I met her at a dancing festival. She was on stage dancing and I thought “that girl is crazy!” She’s seven and she’s already expressing herself in front of people. I thought that maybe she could do the switch like actors do when they go on stage.

It’s not about who is responsible or how the building caught on fire.

Then I went to a casting director working with young people. She’s a social worker. She made me meet with some of the young guys that she was working with. I first did interviews with the guys for one hour to see if they understood the subject, if they related to it, and if we could communicate together. After that I did tests of scenes with them. None of them had ever acted before.

Talk to me a bit about street-casting! Is it nerve-wracking when you meet people on the street and ask them to be in your movie. Or do you become friends first?

It depends. I had different experiences. Sometimes I just go and ask them if they want to do a casting. Sometimes I just ask friends. It depends on the subject actually. I go to associations and I ask if there are any young adults or kids who want to play in movies. Sometimes you have like thirty people coming in one day and you meet them and try to make them do improvisation. You see very fast who can and can’t act. You see like thirty people in a day and there’s like one or two that could work. Sometimes you work for three months and the first one is the right one, and sometimes at the very end you find the right one. Now with Covid, it’s hard to find people in the streets, so I just go on social media. Instagram works a lot, as well as Snapchat and Facebook.

We thought about how we could talk about this subject without being over-sensational.

Some of the best street casters around are the Safdie Brothers, as well as Lynne Ramsey, who you have both cited as inspirations. How does their work speak to you?

The Safdie Brothers is more about the energy and rhythm and how intense their films are. It’s really inspiring how they use the city as a character and how even in the smallest roles, they are as much a part of the film as the main characters. It makes it feel alive and real. For my next movie I wanted to work with professional actors mixed with non-professionals. It’s very interesting how they mix both in their films.

As for Lynne Ramsey, it’s all about how she uses details to tell about the world she’s depicting. That’s what inspired me to leave a lot of information off-screen. Also the sound design, and how she uses real sounds, especially in You Were Never Really Here. I think that my title, I was still there when you left me, is kind of related in a way. 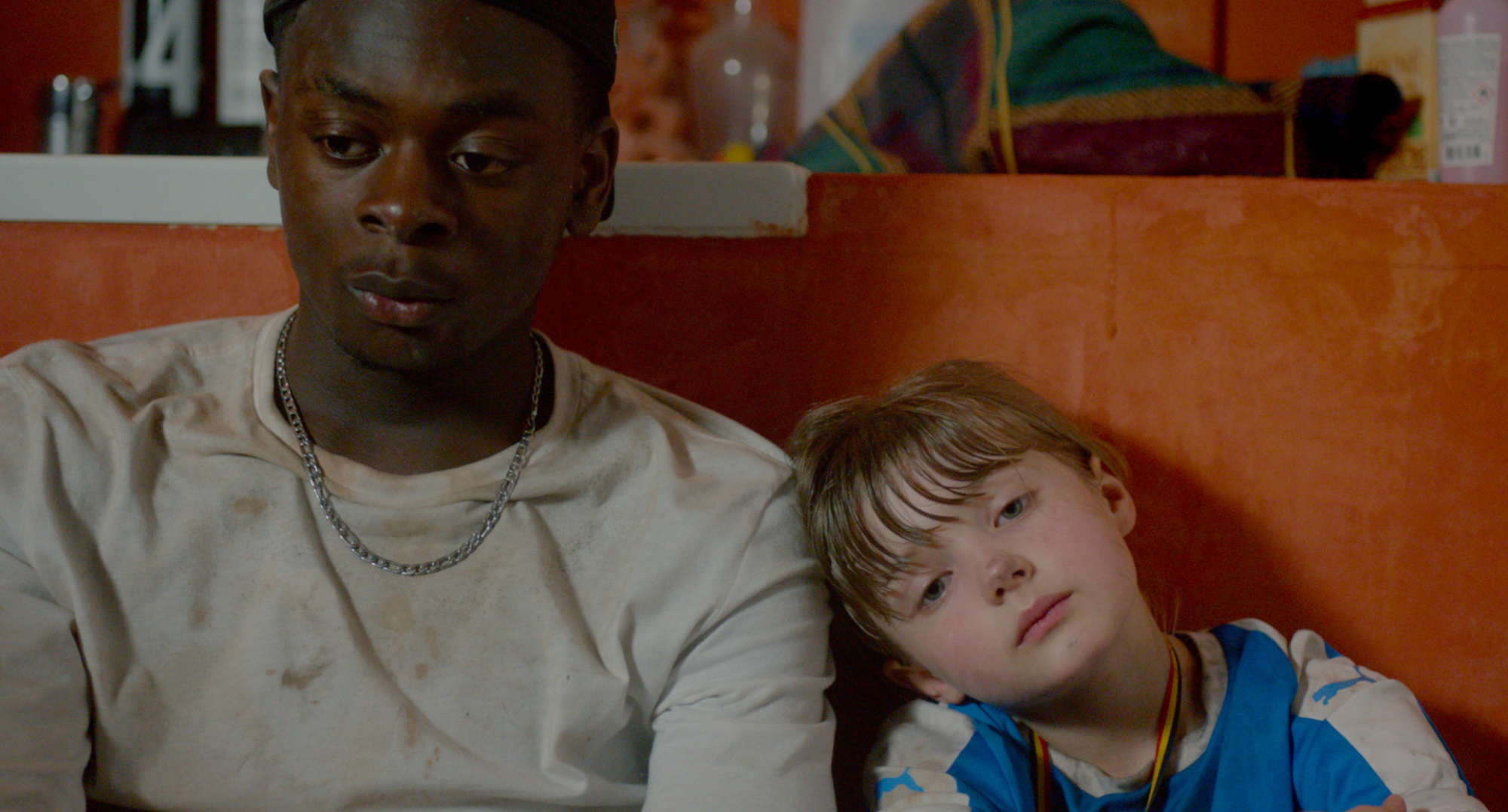 I’m in the very early stages right now. We won the Student Academy Award with my film, and we got a mentor from the academy. My mentor is Niki Caro, who directed Mulan. I’m developing a feature with her and it’s going to explore themes of gentrification, social malaise and the roles of adults in protecting the innocence of children. It’s going to be from the point of view of children, but more focused on gentrification and its effects on kids. That’s going to be in Paris!

I was still there when you left me is one of the many great projects shared with the Directors Notes Programmers through our submissions process. If you’d like to join them submit your film.