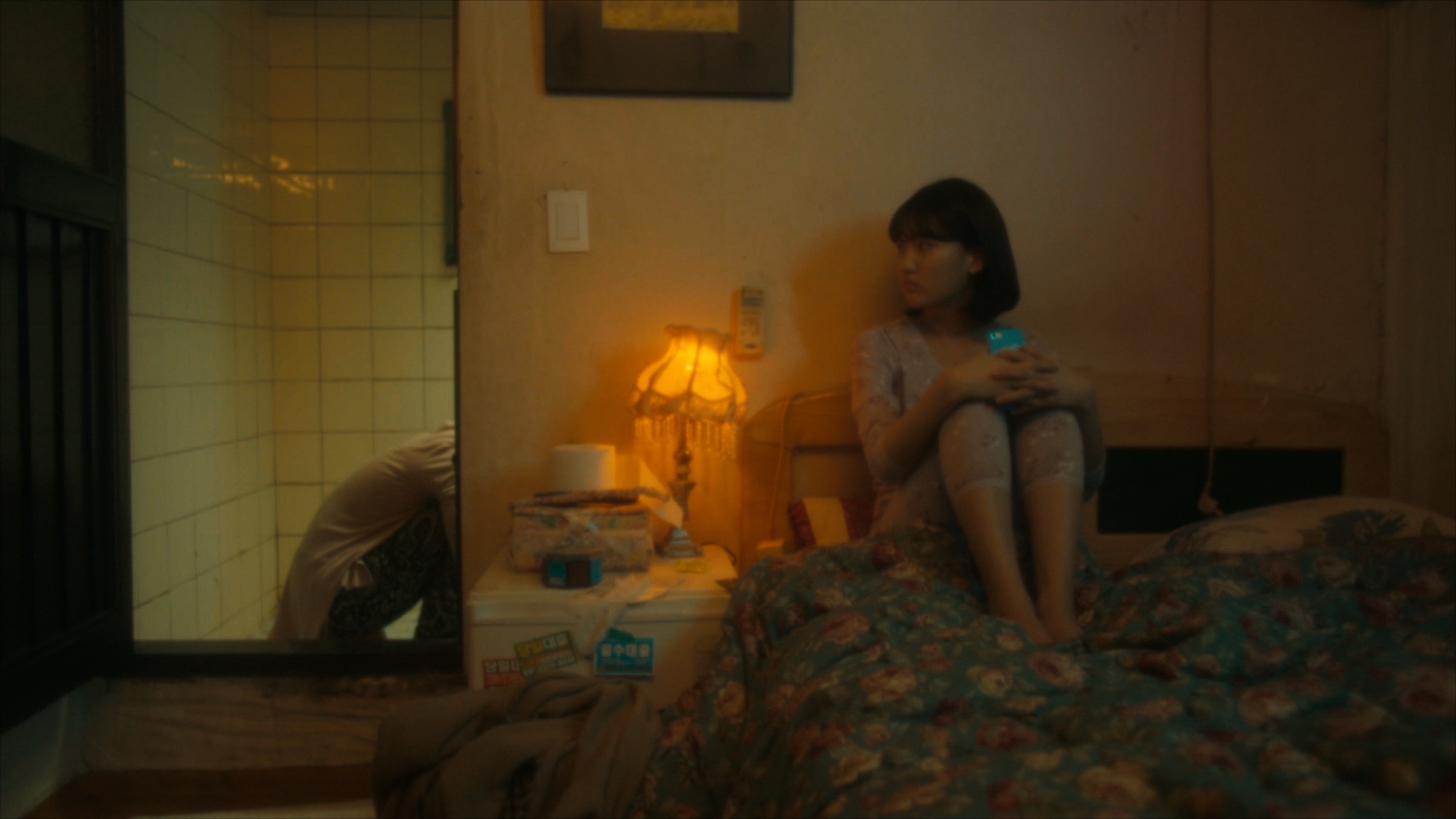 What stood out to me the first time I watched Hannah Bang’s family drama short Soak was how it shifted the traditional singular coming of age narrative into something more shared and profound. Bang’s film concerns the broken dynamics of a Korean family and centres on daughter Yeonsoo Tak who seeks to track down her runaway mother in hopes of reforging what has already been broken between her and her father. It’s a story about learning that your parents have lives outside of being parents, captivatingly told by Bang through the hazy and vivid backstreets of a Korean city. Directors Notes, after recommending Soak as part of our Ten Unmissable Short Films at SXSW Online 2021, caught up with the director to learn about the origins of her film, her wariness of over-explaining, and the natural cinematic sensibility of Korea.

How are you feeling about the SXSW premiere?

It’s exciting. I’ve already been meeting other filmmakers through the online events and hearing about their projects and some of their previous experiences at SXSW. You see that there are so many talented people so at times it’s a bit intimidating, but overall I’m thrilled to be on the ride and can’t wait for the festival to start.

It’s a universal subject and something that is deeply relatable for most people.

What inspired you to tell a story about difficult family relations?

There is so much contradiction and irony baked into stories about familial trauma, probably because we expect the bonds between family members to be particularly strong. I don’t think it’s a coincidence that most Greek tragedies have something to do with family relationships. More importantly, it’s a universal subject and something that is deeply relatable for most people. No matter how happy and healthy of a family one may be in, we all have experienced or witnessed some kind of pain within our families.

A lot of what is going on in Soak is so subtle, how did you find the process of writing a screenplay that doesn’t give everything away?

I’m very wary of over-explaining things. This is at times to a fault, but usually it turns out that the audience is smart enough to catch on without your spoon feeding. For Soak, I tried to keep the plot simple so that I could focus on the emotions. And the character motivations are quite primal so I felt it was easy for the audience to grasp onto and understand what the characters were going through. It also took many drafts of the script to find the right balance of subtlety. There was initially a scene at the beginning of the movie I had added in order to help establish a clearer status quo. I wasn’t sure if we’d need it but we shot it anyway, and it ended up on the cutting room floor. I think finding that balance is an ongoing process right up until you lock picture and sound.

Could you walk us through your approach to cinematography? Everything from the colour palette to the locations were captured beautifully.

I had an amazing cinematographer, gaffer and production designer who deserve the credit for our visuals. I love creating look books so we had that as our jumping off point but their craft took it to another level. A lot of images from Park Chan-wook’s and Wong Kar-wai’s films were referenced. I love the way both directors use colour so our team was very conscious of our colour choices.

With the title “Soak” and the introduction of the film in the spa, I wanted a subtle visual tie of things being soft, almost as if we were underwater. So my Cinematographer Heyjin did some tests and suggested that we put stockings on our lens backs. Lastly, Korea is such a cinematic place to shoot, especially the older neighborhoods because every street you walk down is full of texture and weird lines that make interesting frames. I’d grown up in Korea but I didn’t realise this until I was there to shoot Soak.

The other driving force in those scenes is the performances of your actors, how did they respond to the screenplay? And how did you work with them to establish their familial dynamic?

I was worried because it was my first time working with actors in Korea and I thought there may be difficulties due to the discrepancy in how we are used to working, but it wasn’t like that at all. They were very patient and seemed to connect with the characters from the get go. They were also fantastic actors so that made my job very easy. We did talk about the characters a lot and tried different things during rehearsals. I gave them pages of what I thought could be the backstories of the characters but I wanted that to be fodder to get them started. Ultimately, they brought a lot of their own ideas to creating their characters’ histories. I remember the first time we rehearsed the motel morning scene. It was the first walkthrough but the scene felt so tender and real that we kind of all got a bit emotional. After that I felt confident. I thought, okay we have a mother and daughter.

With the title “Soak” and the introduction of the film in the spa, I wanted a subtle visual tie of things being soft, almost as if we were underwater.

Given that this was your USC MFA thesis film, what filmmaking lessons did you learn from making Soak that you’ll be taking forward into your next project?

There are a lot of things that can get distracting for a director on set because so many new choices arise on the day of the shoot. As important as it is to spot new opportunities or problem solve on the day, it’s important for the director to remember what you absolutely need to get that day in order for you to tell your story. You can’t give equal attention to everything. On the day it’s tempting to do another take just so you could get a certain moment perfect, but you have to realise you are then sacrificing time that could be spent on something essential to your movie. So you have to know what those are. I think this becomes truer the longer your movie gets, so I definitely want to remind myself of this for when I get to shoot a feature project. 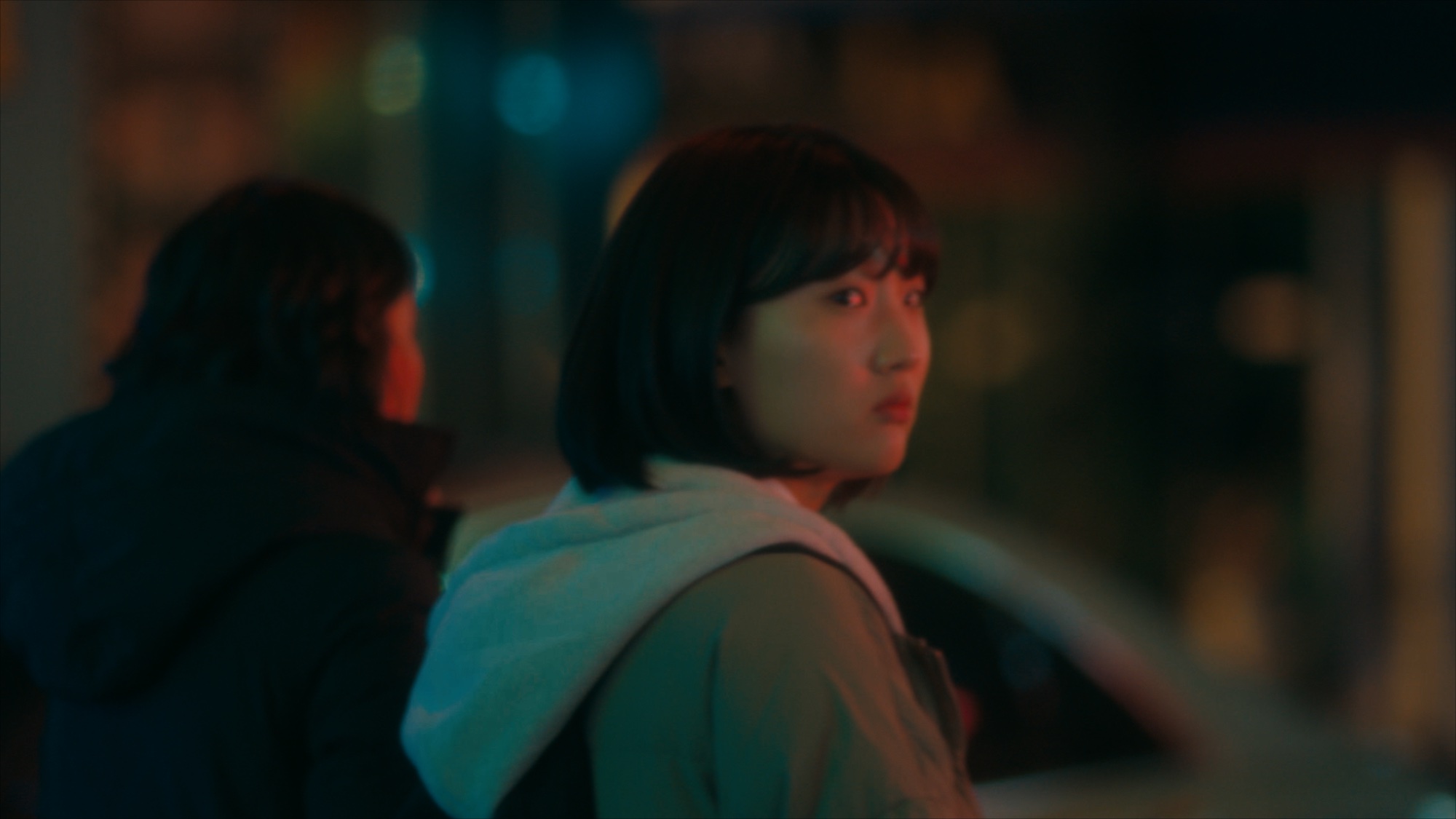 We’re really excited to see what you make next. Any hints as to what that might be?

I’m focusing on writing and developing my feature film scripts which will hopefully become my next project!