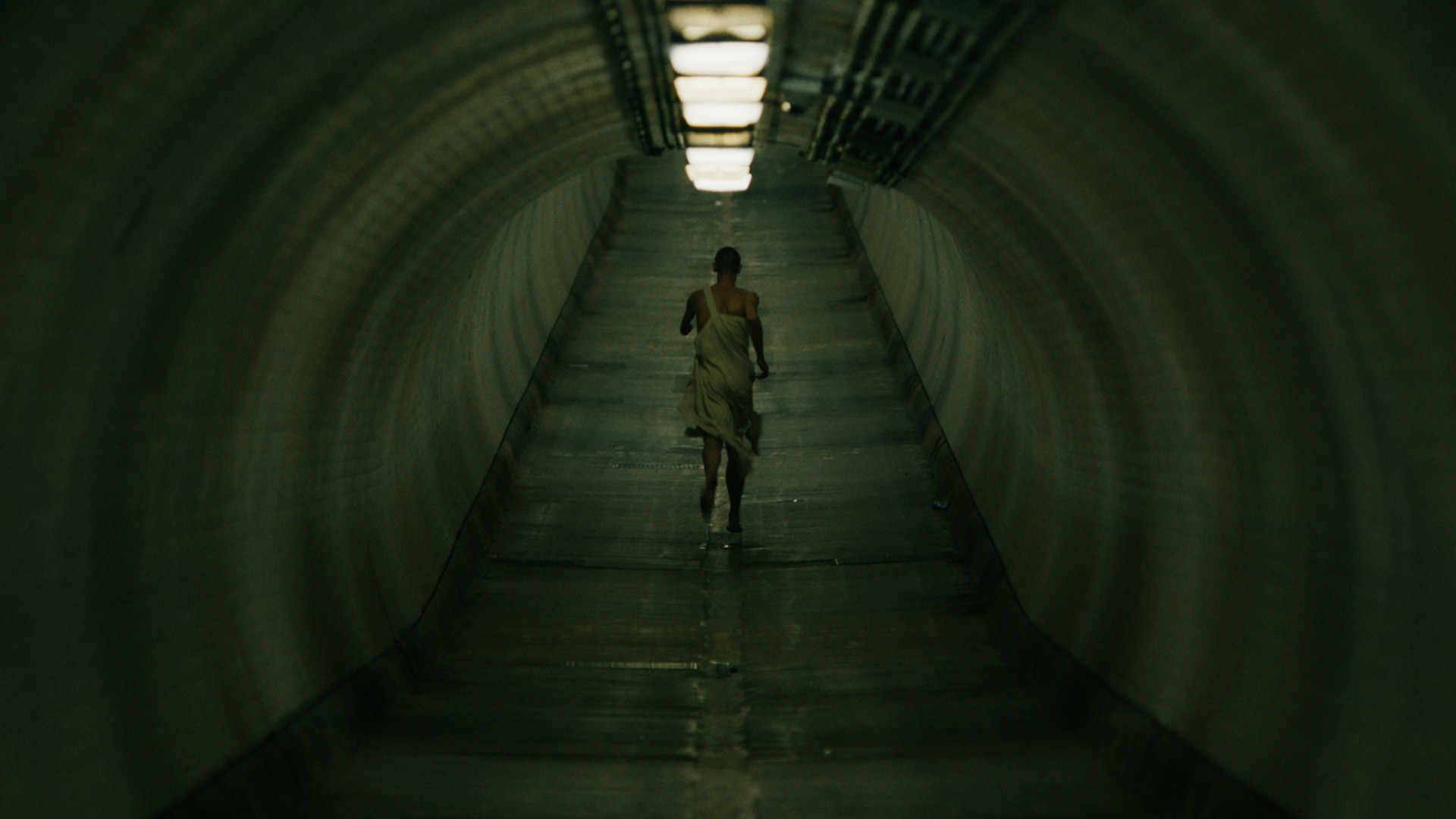 Surveying the emotional journey of Danish-born dancer Toke Broni Strandby as he explores themes of disability, liberation and self-expression through dance, Toke from NONO (who gave us a powerful view of Andalusia identity and grief in Fandangô de Carmen Porter) uses flowing camerawork, creative framing and long takes to explore the full range of emotions that can co-exist within a dancer. Toke was created as part of Films.Dance, an ambitious set of fifteen films celebrating dance around the world that pairs dancers with directors and choreographers. We talked to the London-based writer/director about shaping the film over video call, shooting a documentary without a conventional script and finding the right music to be at one with the images.

How did you first get in touch with Toke?

I released another film, The Heartbeats of Memory, that I shot on Super 8 in Japan, in 2019. Last summer, the main boss of Jacob Jonas, the company that produced the film, got in touch with me to say that he wanted to create a series of fifteen dance films around the world. He loved the film I made and thought my approach would be super nice. I don’t know anything about dance so it was a different kind of approach; more documentary, more visual.

He told me that he was putting dancers with choreographers and with directors and all of them were in different parts of the world. Toke was the dancer, the Choreographer Stuart Shugg is based in Australia and I’m Spanish, based in London. I first had a couple of meetings with Toke, talking about his life and what’s important for him. He doesn’t have his left arm and that conditioned his life. The first time I connected with Toke it was kind of magic because we connected really well. That was the beginning of the project.

I felt that his story was pretty unique and pretty authentic.

So you said you had no real experience of dance films before. Did you just have to trust the choreographer? How did you choreograph when he was in Australia?

We had some video calls. Toke was in Peckham in his studio, Stuart was in Australia. They worked together and I just popped in sometimes to connect with them and to talk about how I saw the choreography. While they were doing rehearsals, we were talking, then I took the choreography and Toke’s life story and created the script and the visuals.

Your film seems to go on a journey that contrasts constraint with liberation. How did you want to create this narrative in the film?

When I talked to him I felt that his story was pretty unique and pretty authentic. I never write a script. I always ask the questions to the answers I want to know. I hate when people do these kinds of films by writing a script and having the person read the script. I think that you lose all the authenticity and the spontaneity of the person talking. We had three hours of conversation. Through this I realised that the main point for me as a filmmaker was to talk about his struggles and how he has broken through and accepted this. Then I thought about how to do this in visuals and how to transmit this feeling to the viewer.

The first time I connected with Toke it was kind of magic.

The film opens with a long shot that then zooms out, creating this almost paranoid feel. Why did you want to open it in this way?

I worked closely with my DOP Eira Wyn Jones. She’s fantastic. When they were with him I spent a week going to places I love in London. I’ve loved this location for a long time, especially the patterns and how when you see the place from the top you don’t know where you are. It was shot with an Alexa Mini. I wanted to create this zoom out and in at this moment, especially at the beginning and at the end, because it was like a closed circle. At the beginning Toke is in an unknown place, dancing and struggling; for me it was like he was inside his mind. Then we zoom out and see the whole picture and that’s what’s going to happen in the film. I talked with the grader Thomas Mangham about trying to have a different look for this scene because I wanted to separate it from the rest of the film. 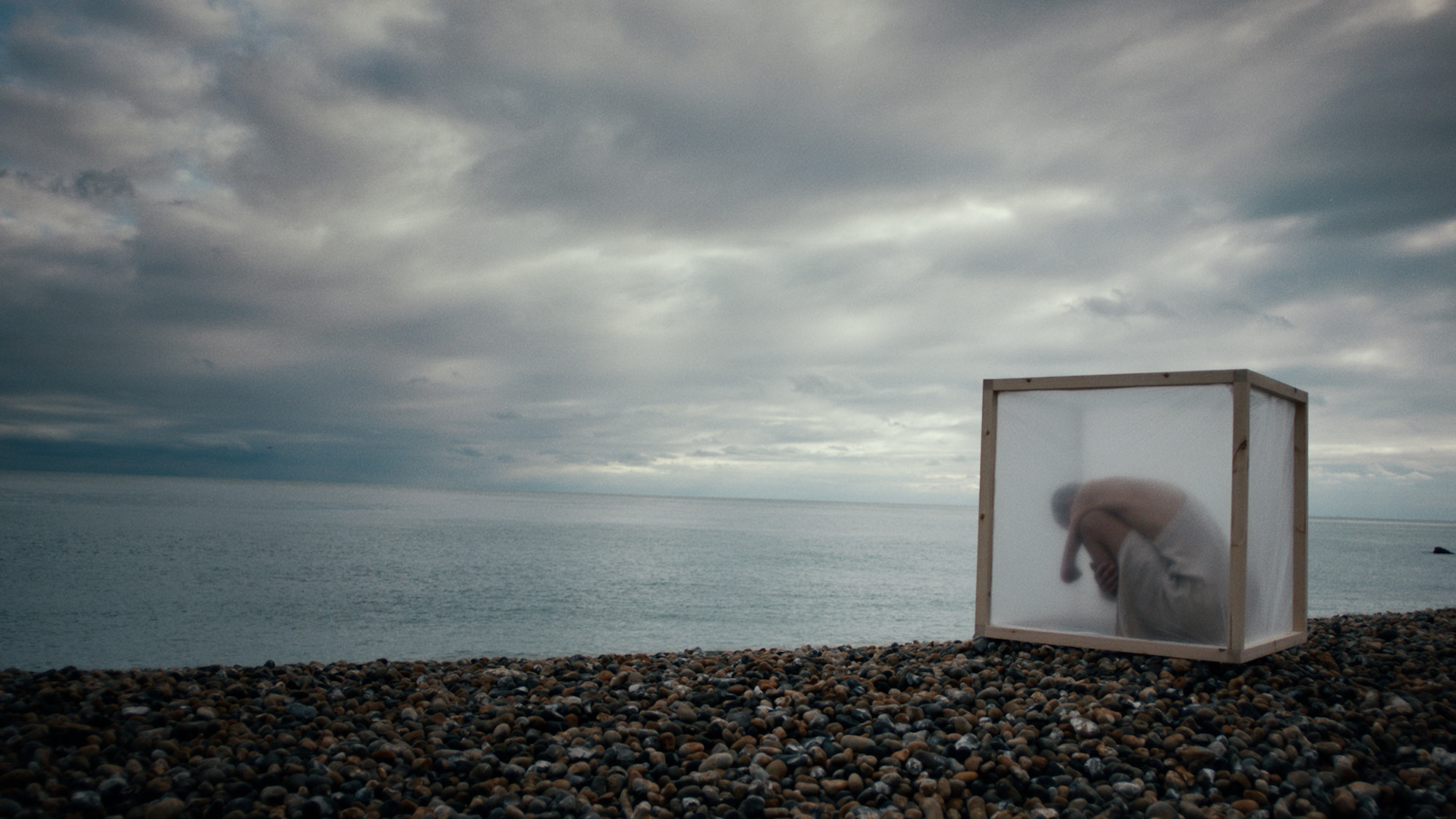 You also have scenes of him splitting into multiple places at once. How did you achieve that?

We just loved that shot. It’s really nice because you have this massive skyline of Canary Wharf but it’s not the classic picture that you see of London. This skyline could be London or it could be New York or Shanghai. I wanted to have different Tokes struggling with the same problem, as the question of the film is his big anxiety moment. We locked the camera and I asked Toke to perform his dance in different positions. Then we shot the template and display without Toke and the VFX artist mixed all of them.

I hate when you find a film that is amazing but the music doesn’t work well.

You also contrast London with the cliffs of Dover, which gives off a drastically different sense of possibilities. Did you always want to have this location to contrast against London?

Yes, that was one of the main points. The last shot is him looking towards the horizon and it’s like he has finished his race. When the viewer sees the film and all the struggle that he has suffered, that there is a reason behind it. It’s to chase his dreams and do whatever he wants to do, just that he hasn’t had all the possibilities as a person with two arms. And I wanted to separate brutal, hectic and crazy London from the natural, beautiful and calm Dover landscape.

A lot of this beauty comes through the music. Tell me about your collaboration with the composer?

I’ve known Paulo Gallo for three years. I can say he’s a really talented and super sensitive composer. I said that I need the music and the image to feel that they are one thing. I don’t want to feel like they are separated. For example, we work really hard in the first shot for all the violins to move at the same time. I hate when you find a film that is amazing but the music doesn’t work well. We tried to have something where both music and image is powerful and together they’re stronger.

I’m working on a long documentary right now. I’m co-directing with a Spanish photographer and it’s about an Afghan woman in a pop band. We’re just finishing the script and we’re in the process of getting funds. I signed with Partizan some months ago so we’re working with more commercial stuff. I’m also developing a TV show and I’ve created this film collective called Unsigned. We’re working really hard to do things that we love to shoot.