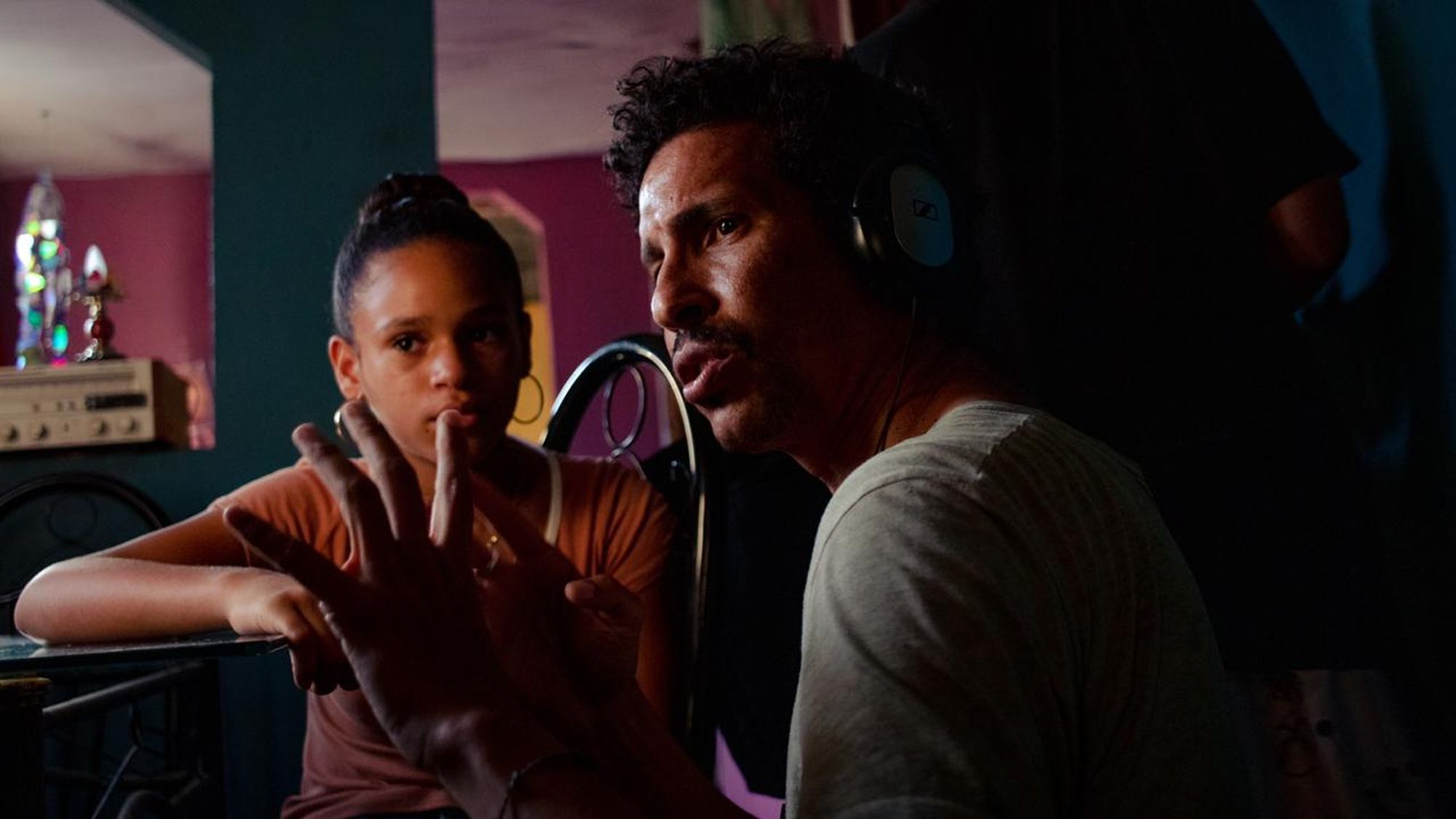 Ivan Herrera’s drama Bantú Mama, the first Dominican feature to premiere at SXSW, is a film exploding with vitality, desperation and hope. The slow-burn narrative breaks away from the archaic rhetoric of the nuclear family as it follows Emma, an Afropean woman from Paris on the run who finds herself sheltered by a trio of minors in the most dangerous district of Santo Domingo. While the constant threat of violence is palpable, Bantú Mama’s intimate cinematography, coupled with authentic performances from its young non-professional cast, instead focuses our attention on the forming of unexpected familial bonds. It’s also a film that spans continents and cultures, breaking the pattern of the Western world as the ultimate land of success and highlighting the importance of a knowledge of where we are from. DN got to speak to Herrera during the festival about his desire to create a story which expressed the truth of sacrifice for a better tomorrow while reflecting his 50mm photographer’s eye view of his homeland.

Where did the idea for the narrative and blend of cultures that is Bantú Mama originate?

Clarisse Albrecht, who plays Emma is my co-writer and partner and we knew we wanted to make a film relating to both of us, she as an Afropean and myself as a Dominican. We were working on a project about the Jewish community here in the DR but we realised that we needed to make something closer to both of our hearts and more within our control so we started to conceptualize. She is an Afropean who has grown up in various countries, and when she arrived here 12 years ago I was starting to explore my African Heritage. We are descended from a diaspora that we haven’t been taught about so I learnt a lot from her.

Working from that standpoint we also wanted to develop on themes we both knew. I know the barrio very well and have access, meaning we were able to shoot in the most dangerous neighbourhood in Santo Domingo. And we wanted to make a connection between Europe, Africa and the Caribbean. We worked on a first script which we didn’t like, it centred on too many scenes we wanted to make but didn’t actually make sense so we carried on re-writing it which is the film you see.

Why did you choose to work with non-professionals for the younger roles and how difficult was it for you to achieve those performances?

I have seen so many reviews talking about how incredible the kids are and what a talent they possess. I wanted to work with real kids who understand their environment. I didn’t want to put rich kids from Santo Domingo who are going to acting classes in the middle of the fire! The real cast is very important, lying between realism and fiction. We wanted them to talk how they talk. We were rehearsing every day before the scenes. We were working with a living script that was changing all the time. There are some lines which we only shot once as I might have wanted a different way but we weren’t able to achieve, it was a real challenge. I was worried about giving too much guidance, but also with the lack of experience and concentration and long working days.

The real cast is very important, lying between realism and fiction.

In terms of finding the actual children, I am a street photographer which has a large impact on the film. Photography is the medium that I use to express myself, to see the world and to understand characters. It is what gives me the most satisfaction. Because of my photography I go to the barrio and the streets, I know a lot of people and I have access. Since I was a teenager I have been going to the toughest hoods and been involved in urban life so it made sense I was going to find the kids from there as there is so much talent in the barrios. 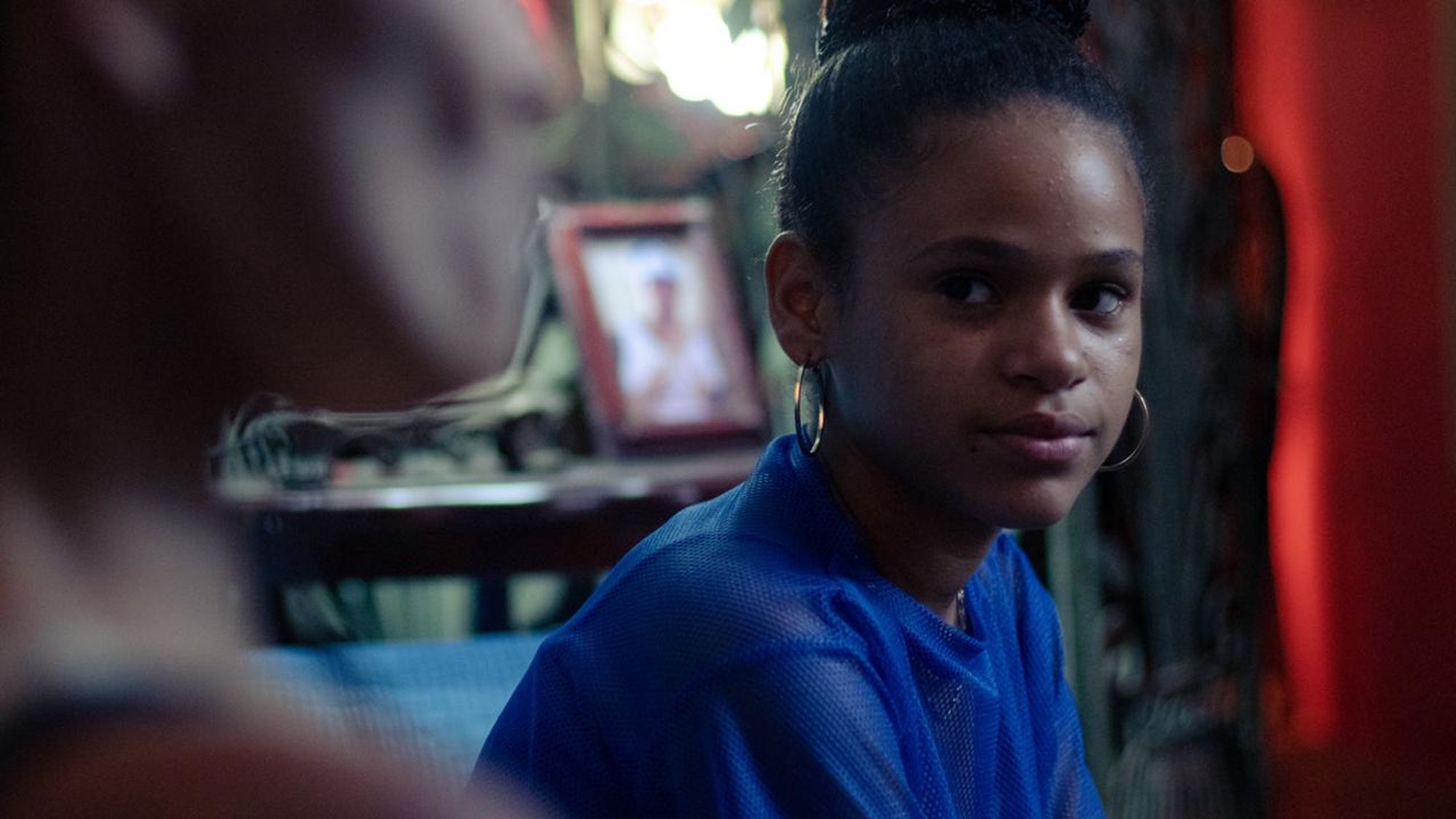 I have a friend who is an acting teacher working on a government programme teaching acting to low income kids on Saturdays so I went with him to see who we could find. I initially spotted Cuki, played by Euris Javiel and T.I.N.A, Scarlet Reyes – which actually stands for There Is No Alternative. Her character was supposed to be male but upon seeing the actress I wanted to change the role. After finding the actors I went to spend time with them and their families, talking and performing informal rehearsals. Once we started the formal rehearsals everything changed, as soon as the kids were in a different environment they started to clam up and I realised what a challenge it was going to be. At certain points in the shoot Scarlet had to mirror me and there were times they almost acted as puppets because I had to stay true to the film.

We knew we didn’t want to reinforce either the violence or the poverty but we needed the hostility of the neighbourhood to be felt.

The cinematography beautifully captures the small details of life in the barrio in an almost observational documentary manner. How did you develop the look and perspective of the film’s visuals?

We knew from the first day we didn’t want to go into porno-poverty, that was not what the film was about. We wanted to feel the violence but on the sidelines. We don’t feature outright violence. We didn’t want to portray the chaos but the other elements of the barrio. The focus wasn’t on the trash, but on the little curtain in someone’s window. We knew we didn’t want to reinforce either the violence or the poverty but we needed the hostility of the neighbourhood to be felt.

In terms of the filming I wanted to emulate my photography and the whole film was shot on only one lens. I only use a 50mm lens in my photography and that is how I see the world. When I started the conversation with the cinematographer I said I wanted the film to feel like my photography so we filmed with a 16mm anamorphic lens from Berlin which is now an incredibly well travelled and a RED Epic.

We used a lot of natural light which is one of my main trademarks. We used mirrors and some lamps in the houses as they are all so tightly packed together so you don’t have a main source of light, but it bounces off different houses all around. We even used a painting we found on the streets in Senegal to bounce the light off which is part of the craft. A small handmade film with a small crew, without the restrictions of a larger production. It is totally a passion project. Whilst looking for finance, I was close to big deals but truthfully it never felt right. Do I want to have this money which might change everything? We went back to instinct. I financed the film myself with help from friends and family. We shot this all with very little money.

Were there other freedoms not taking outside money afforded you?

I wanted to experiment in this film. The production designer had never filled that role before as she is also a photographer but I wanted her to be involved as I knew we would work well together. The original music score was made by a couple who had never produced anything for film before. One of them plays for the national symphony orchestra and has been recently exploring with native instruments and sounds. I knew I wanted to work with them.

I wanted the audience to feel the pace of the film through the music.

We went to the studio and we created everything from scratch. We started with a beautiful bamboo instrument known to evoke loneliness and trouble so I knew I wanted to use that somewhere. I wanted the audience to feel the pace of the film through the music. We produced the reggae featured in Jamaica. We had a central African friend create the track for the dancing with the Masai. Bantú Mama is experimental. I had offers from established composers but I wanted new, fresh, experimental people who weren’t saturated by previous projects.

Did that experimental approach continue all the way through to the edit?

The editing was a struggle due to the pandemic. We had a fabulous team who really swapped things around and through that process, I really realised the importance of editing right from the start of the project, the script, the shoot, and then the actual editing room. You even edit the people you want to work with. 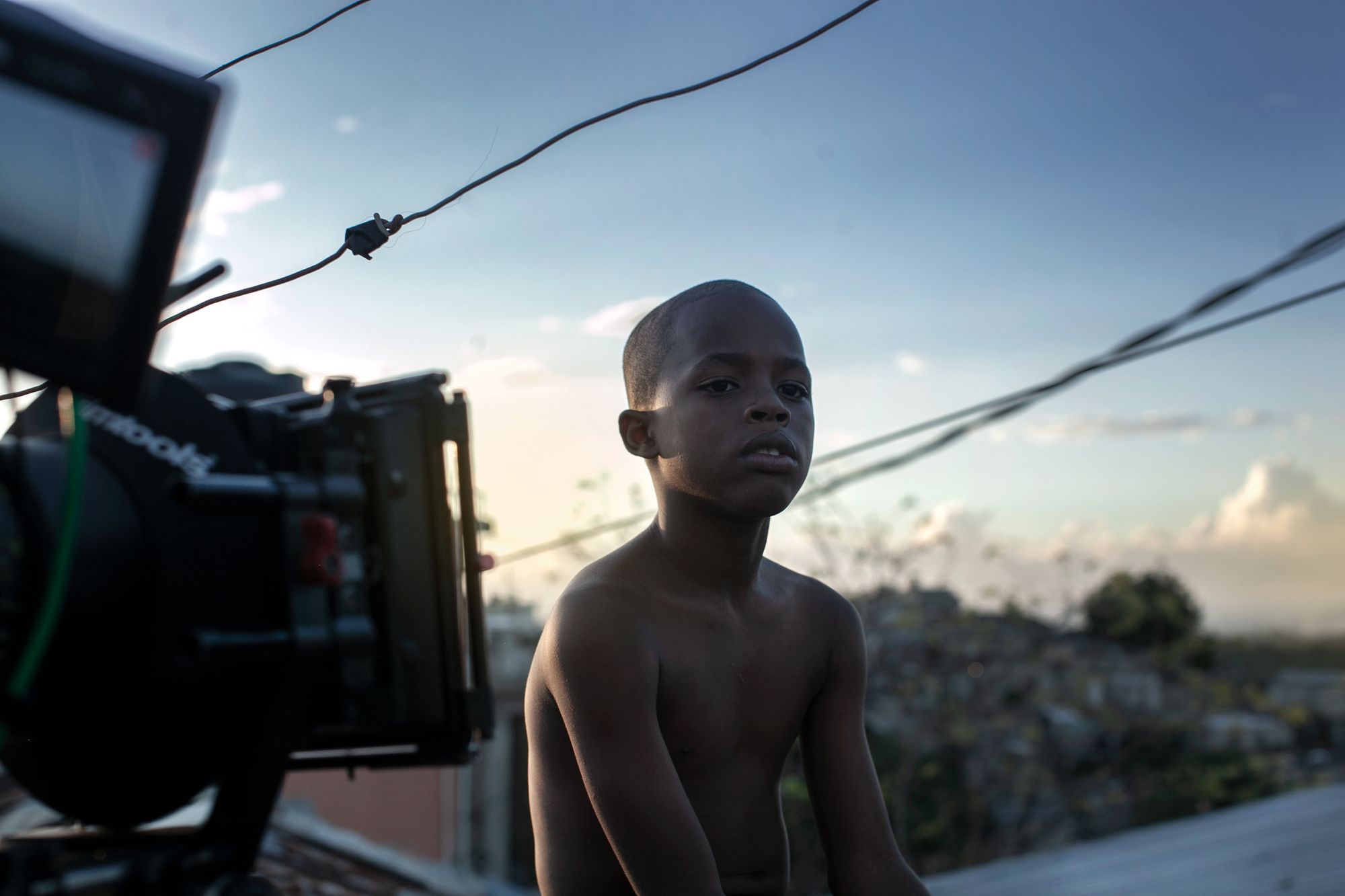 How has the reception to Bantú Mama been so far?

When we made the film, we shared it with a few distributors and already had some interest but we were focusing on Europe and hadn’t thought about the USA but to our surprise it has been so well received. Having the world premiere in the USA at SXSW, which is the first Dominican film selected by the festival, was such an honour and we wanted to try the virtual platform. It has been amazing, with non-stop positive reviews from people who I didn’t think would even be interested. It has reached a much wider audience than we expected. The film has been on a roll ever since.

I wanted to base this film on reality, families like theirs exist.

This project has been a very positive, satisfying and challenging road because all the reasons we made the film are being realised. The clash of cultures, seeing the barrio not only as a harsh and violent environment. When making a film you just have to throw it out to the world and see what people’s reactions are. I wanted to base this film on reality, families like theirs exist. I wanted to show the sacrifice made in order to offer a better life which is what T.I.N.A did. She is a smart character and girls like her are forced to grow up at 4 years old. They have to grow up fast and they become women and men a lot faster. I feel that this basis in reality really helped.

What have you got in the pipeline now?

From a directorial standpoint I am playing with a few ideas for our next feature. I want it to follow the perspective of Bantú Mama and keep the momentum going. We want to keep working on social dramas and realities but incorporating history and perhaps the indigenous Taíno culture here in the Dominican Republic. We could also go down the route of examining the sexual tourism which is so prominent here. I’ve been in the big industry too and it’s not the one that I want to follow. We want to carry on letting our voices be heard and our stories told.

You can catch up with all of DN’s coverage from SXSW here and learn more about the festival via the website.