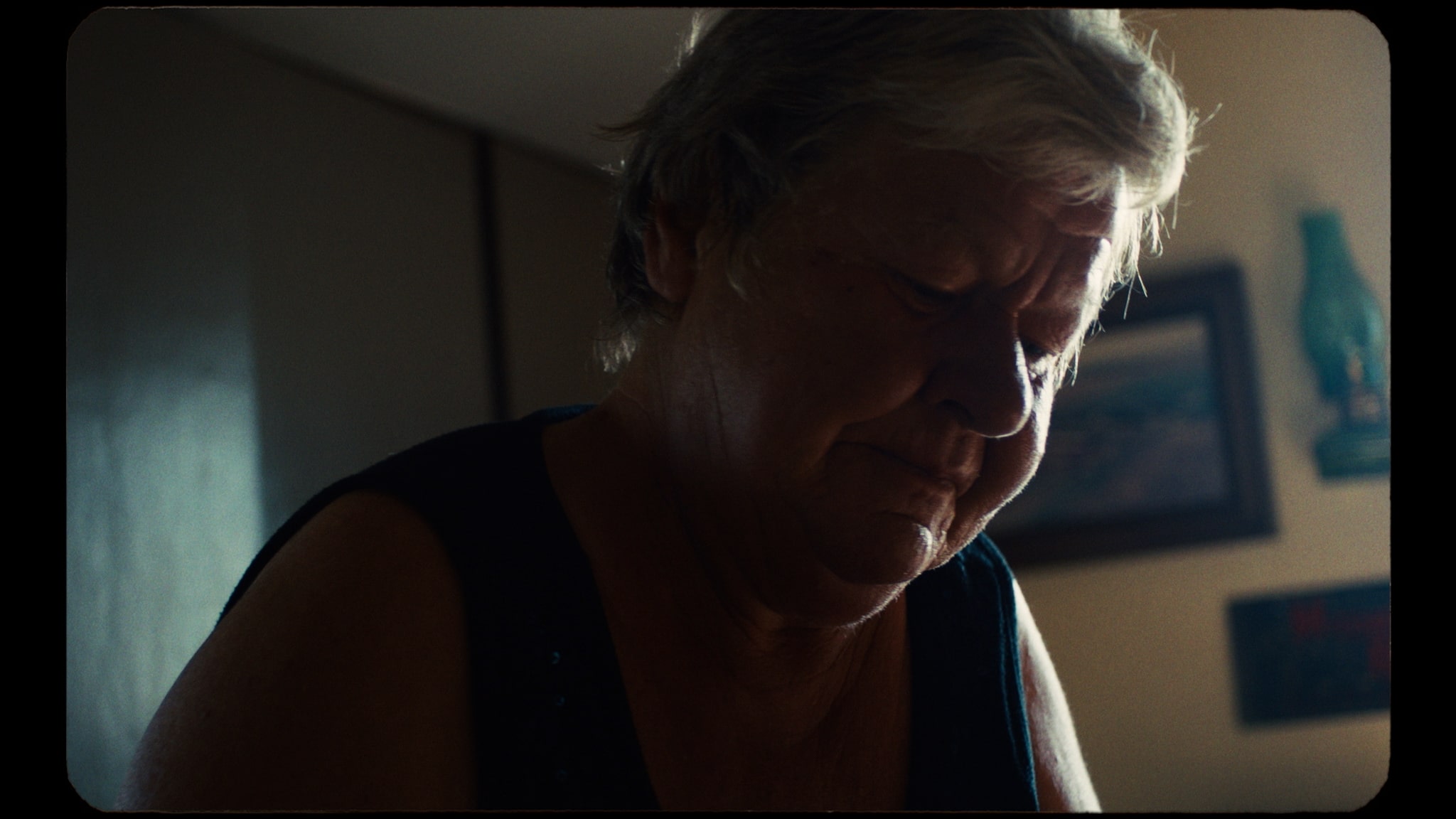 Born and raised on a Buffalo Ranch in Rural Saskatchewan, Craig Range knows a thing or two about life on the prairie, a place where the landscape seems to stretch on forever. For his Everything Reminds Me music video collaboration with alternative country band The Deep Dark Woods, he focuses on elderly couple Colleen and Denis as they live and work on a farm in this often-overlooked part of Canada. The result is a moving reverie on a simpler way of life lost to many of us glued to our laptops and phones while working white-collar jobs. DN chatted to Range about working with the real couple, creating the film’s home video feel, making the most of the dramatic landscape and the joys of traditional prairie culture.

You write that this project is near and dear to your heart. Could you expand on that a little?

This project was something that I’ve wanted to do for years. I’ve spent the majority my life in rural Saskatchewan and it’s the first time I’ve really been able to capture it. Colleen and Denis, the couple in the video, are wonderful people who I’ve known for many years. I was very grateful for their trust and couldn’t have asked for more lovely and patient people to spend time with.

The lifestyle is quite self-sufficient and people take real pride in it.

How did this collaboration with The Deep Dark Woods come about?

I met Ryan Boldt the songwriter for The Deep Dark Woods through a mutual friend. I’ve done music videos for him in the past. We’re both from Saskatchewan and I think it helps us to understand one another. I think he’s a great talent and I’m very fortunate to collaborate with him. 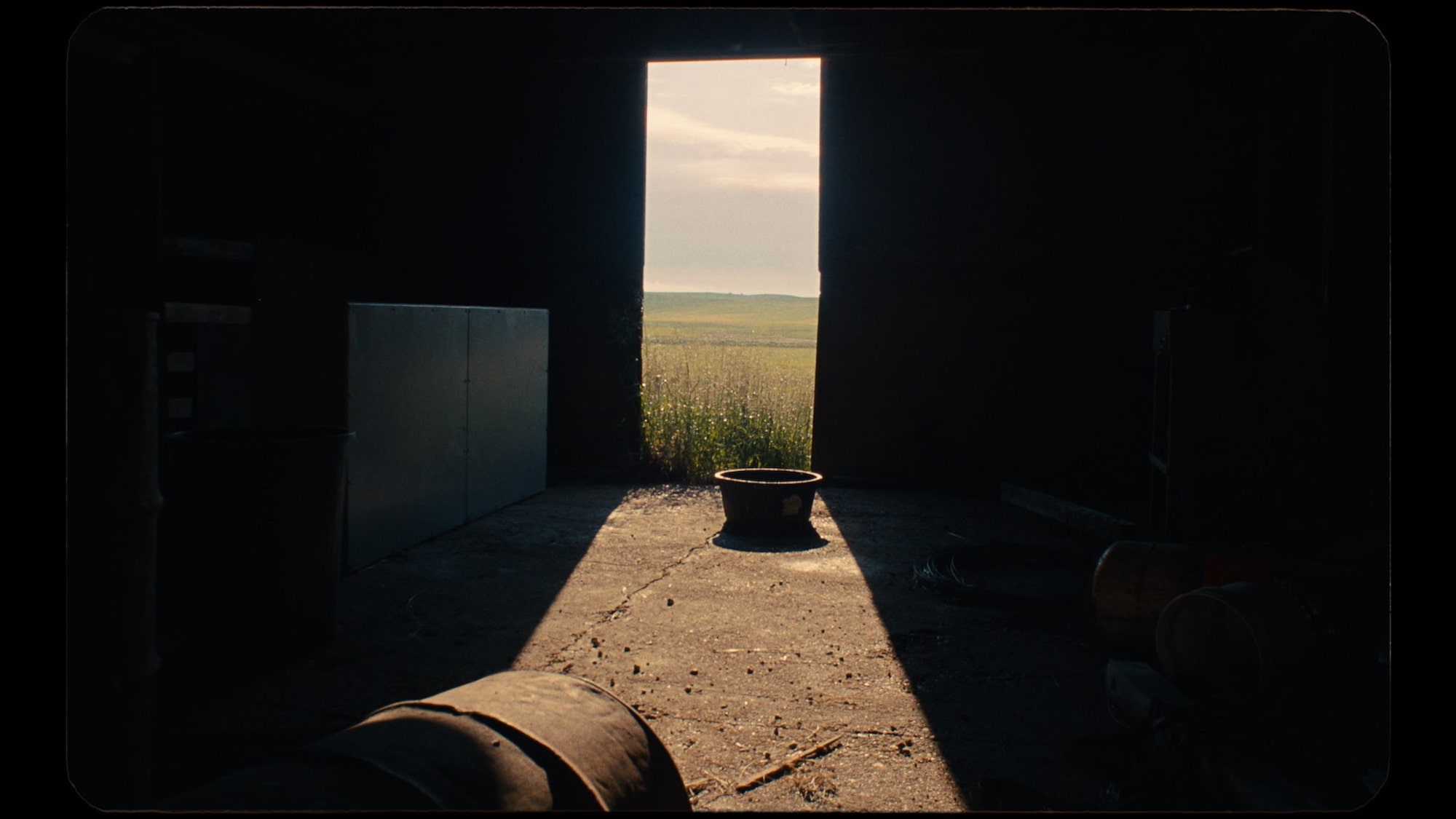 How much input did the group themselves have into the video?

Ryan’s music had a huge influence. When I first heard the new music it hit me immediately that it would dovetail with something set in Southern Saskatchewan. When I told him about the concept he liked it immediately. Ryan came out from Toronto for the shoot (he gets a brief haircut in the film), and was along for the ride. I sent Ryan cuts to make sure that he was feeling it but otherwise he left the filmmaking to me. I’m very thankful for the trust.

Was it always the plan for Ryan to only be a fleeting presence in the video?

The piece was always about Colleen and Denis. I wanted to work Ryan into the film in some way and the haircut presented the perfect low key opportunity.

What feeling did you want to capture with the video? I sense loss and melancholy, but also a great pride in these people’s lives.

That’s a very accurate reading. Rural Saskatchewan is heavy with those emotions. The lifestyle is quite self-sufficient and people take real pride in it. They love it. They love the land and the sky and the freedom. It’s beautiful. But at the same time, due to economic and structural forces beyond their control, it is a lifestyle that is disappearing. Massive corporate farms are swallowing smaller family operations and the landscape is emptying of people. The landscape, especially in southern Saskatchewan, is dotted with abandoned homes. 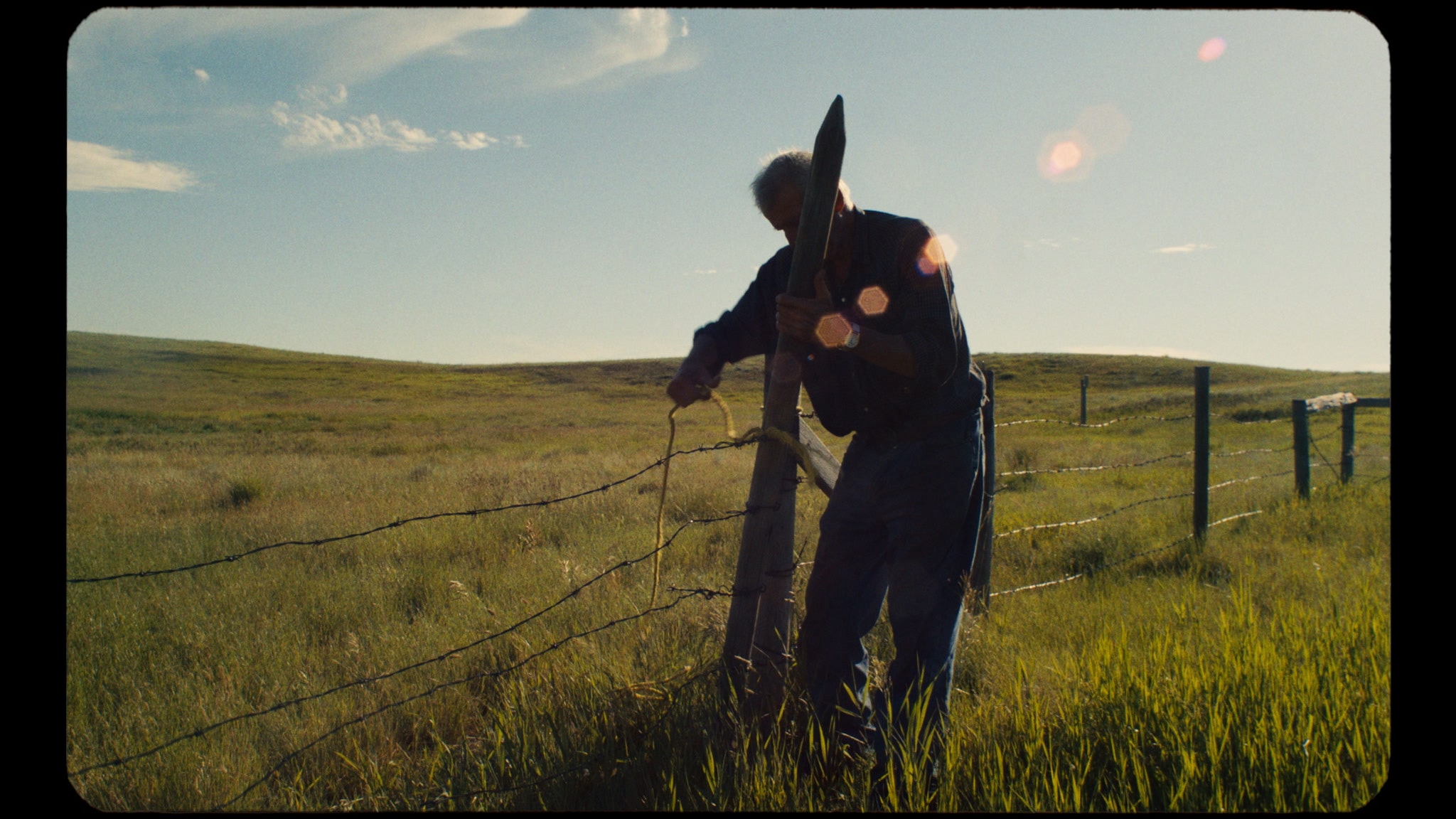 It is a simple, yet effective, song. How did you want to capture its mood in terms of rhythm, the choice of images, and the editing?

The song instantly evoked Prairie life for me. It tapped into my memories of place and the people in such an intuitive way. I felt that if I worked to capture Colleen and Dennis and their world in a faithful and honest way it would work. I did set out with certain goals and ideas in terms of theme and arc but I trusted that I would find the pieces if I looked. I co-edited with Evan Dunlop, who is Colleen’s son and a fellow filmmaker. His input was invaluable in distilling what we had captured into its final form.

Dennis and Colleen are old school in the best sense of the term.

Can you tell me a bit about people on Prairie Farms in Rural Canada? What kind of life do they have?

It depends. If you run a massive technologically advanced grain farm your work and life is more like that of an industrial technician and corporate manager. Your environment is rural but your lifestyle is otherwise very modern. More traditional prairie life involved working with both crops and livestock. It meant you needed a wide variety of skills with both animals, plants and machines to survive.

Dennis and Colleen are old school in the best sense of the term. They do it all. They are hard working, fun loving people. Very honest and open, they’ll say exactly what they think, but they’re also very accepting and respectful of others. I really can’t say enough good about them. I would say they’re very in keeping with traditional prairie culture. 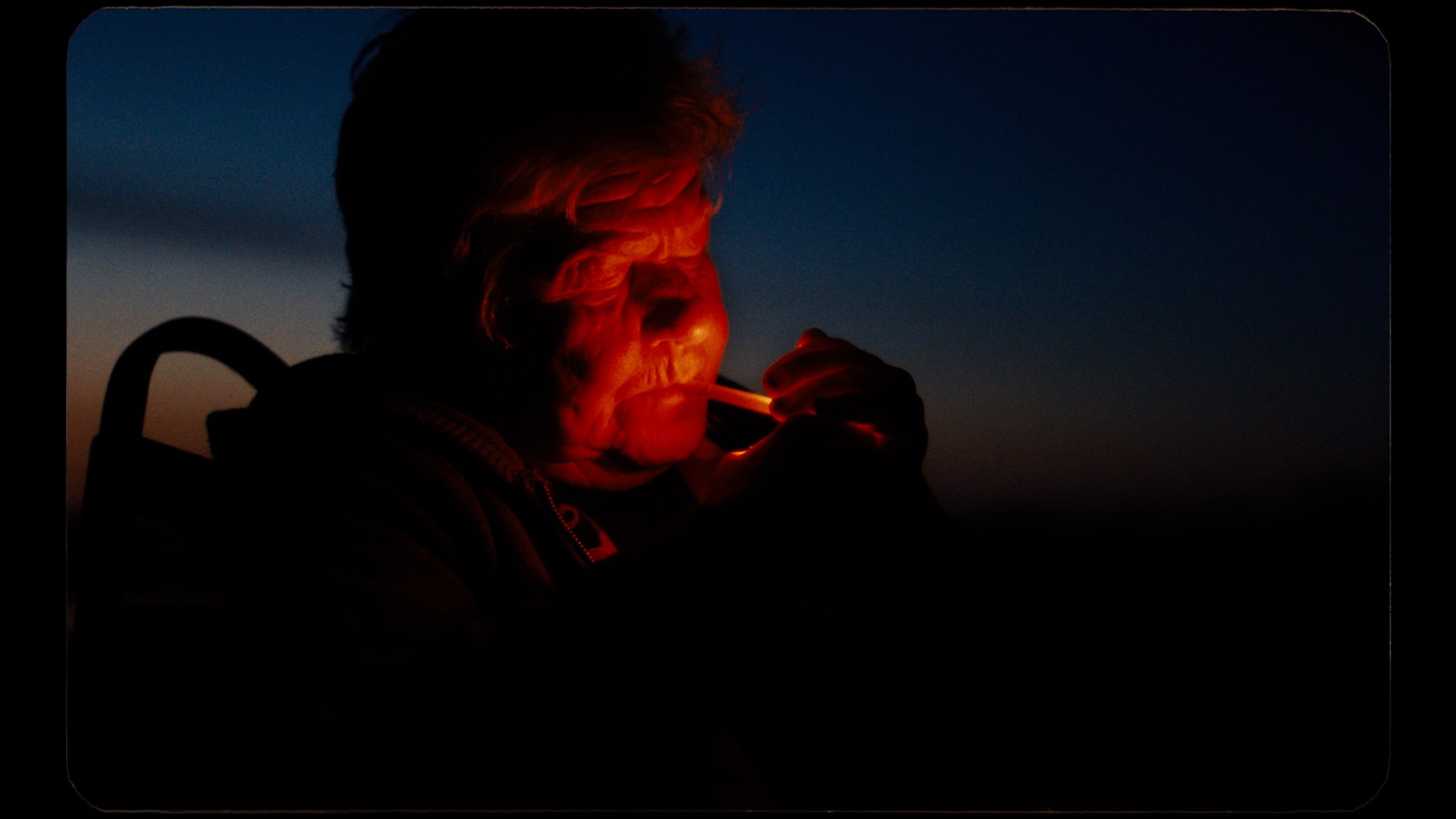 The film focuses a lot on physical labour, whether it’s hand-making cigarettes, chopping wood, cutting bread, perhaps things that a modern generation don’t do anymore. Do you think it was important to highlight these aspects?

Yes. I personally find the current drift into simulacrum to be very disturbing. I think it encourages a kind of pathological solipsism. I think a certain connection with the physical requirements of living, with life in itself, helps one to remain based. That’s the abstract level I guess. On an immediate level that physical labour is the very stuff of Colleen and Dennis’s life. I think it’s important to understanding who they are.

I really just wanted the whole thing to feel natural.

The film is shot with on a Digital Arri — but it has a home video-like look, especially captured on 1:66 — did you want to stress this homemade vibe?

In terms of aspect ratio and vibe I really just wanted the whole thing to feel natural. Like a document of life, not an overly self conscious piece of cinema. I was interested in playing with a filmic look but was also worried that it might come off as too much of an affectation. In the end I think Sam Gilling made it look amazing. He always does great work. Thanks Sam! 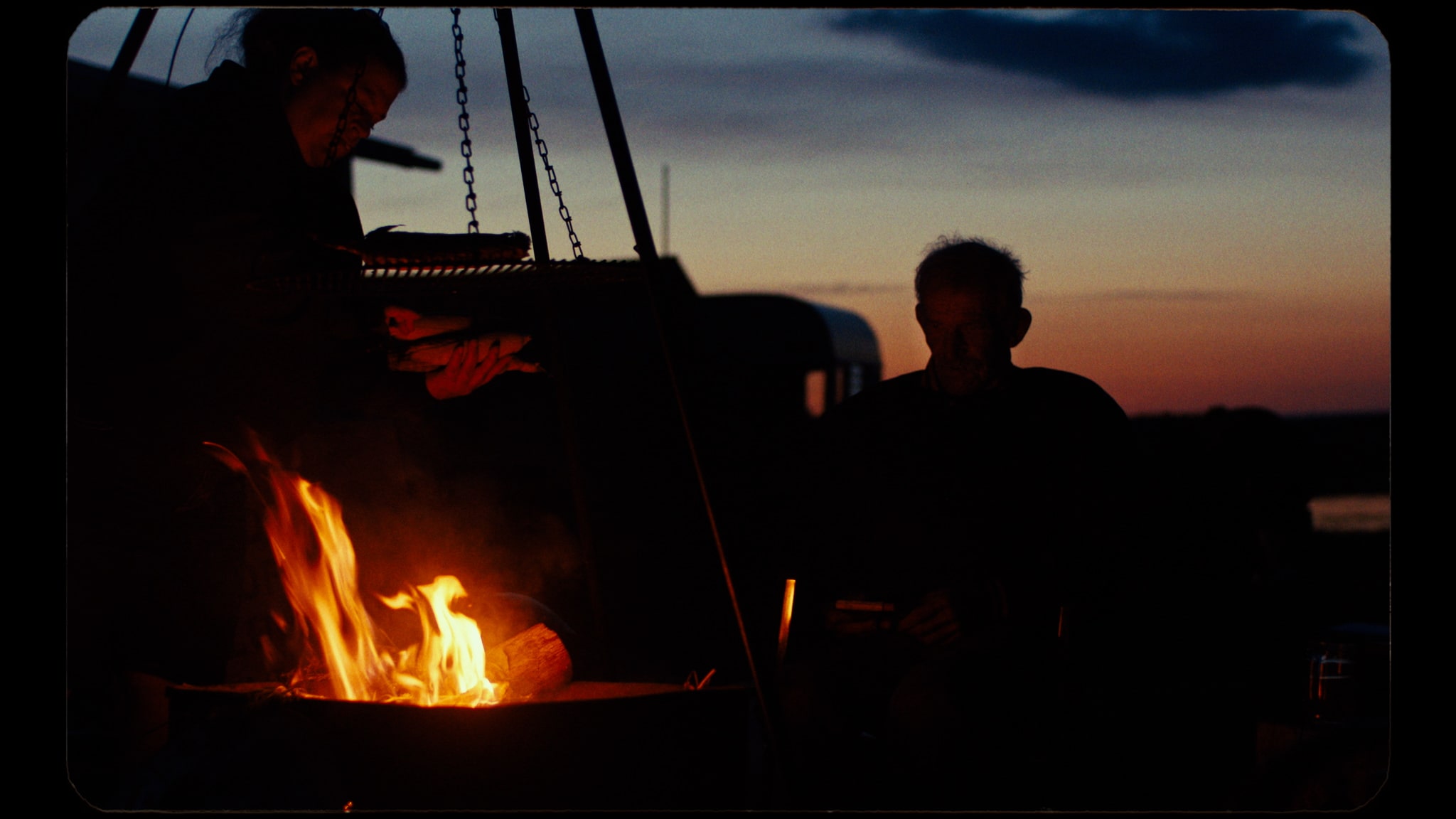 It takes on a lot of dramatic weather and light changes which fully captures the life there. Was there a lot of waiting to get the right conditions, or is always so dramatic on the Prairie?

The sky over the prairies, especially in the summer, is extremely dynamic. Almost everyday it brings beautiful things. Honestly it was hard to keep up. We had Tornado warnings and electrical storms almost every evening. I can’t wait to return.

I’m in preproduction on another music video which is scheduled for production later this summer.