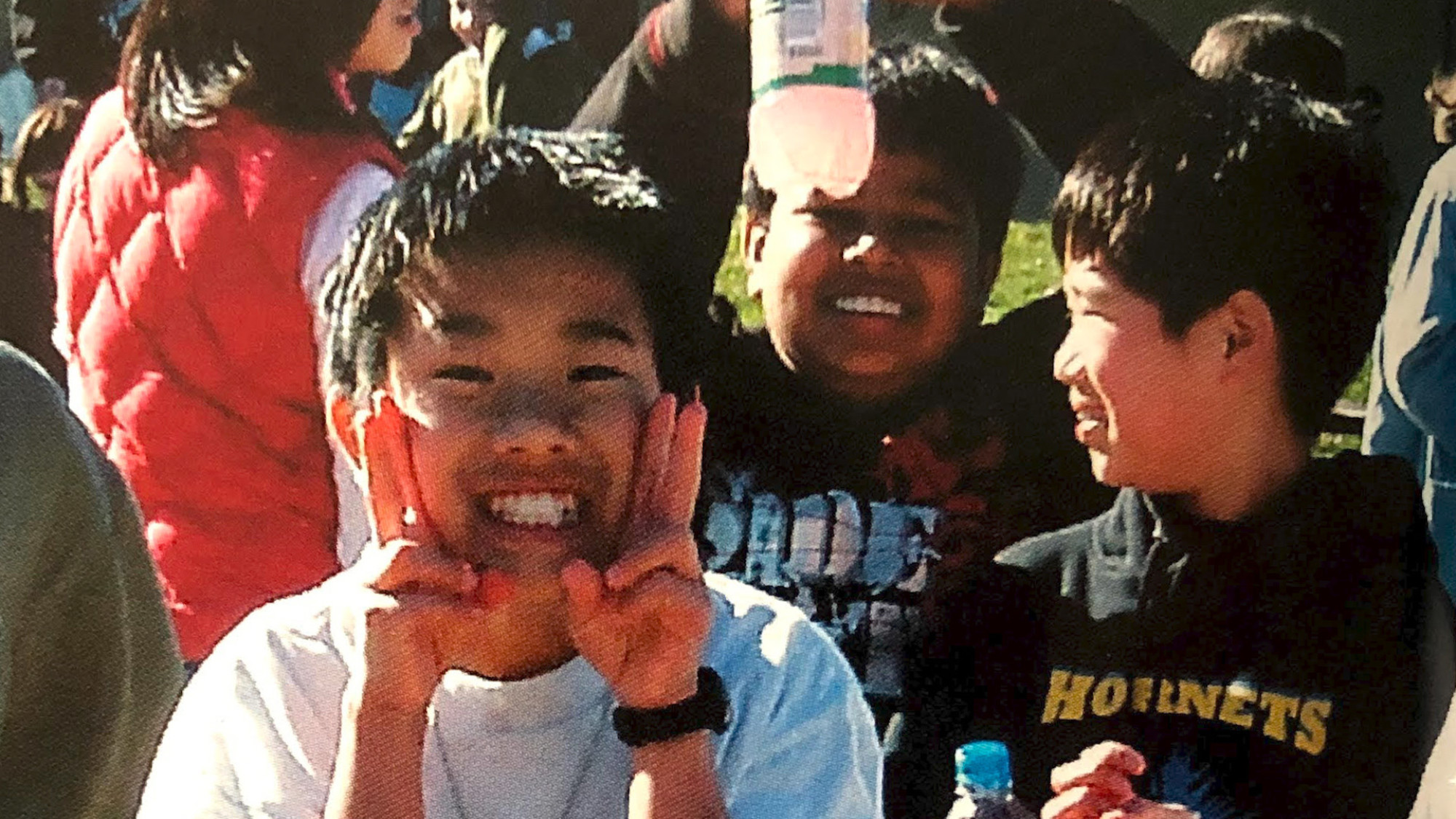 Personally, the idea of calling up my former primary school mates and asking them what they are up to is a prospect that fills me with dread. For director Sean Wang (last seen on DN with his poetic documentary portrait Still Here) the idea for a film structured around such calls struck him when returning to his home in Northern California and flipping through his eighth grade yearbook. Recording the conversations and setting them to animations, the playfully titled H.A.G.S (Have a Good Summer) is both a time capsule of the late 00s era filled with baggy jeans and emo-looks and a deep exploration of what it means to leave your childhood behind and finally become an adult. Some conversations are short, but others stay on the line longer, reflecting on who they were then and how they see themselves now, making it a fascinating document of nostalgia and uncertainty. We called Wang up to discuss being in a transitional phase of life, working with the New York Times Op-Doc section, keeping in the human elements of speech and capturing the lo-fi aesthetics of the yearbook layout in animation.

Let’s start with the moment that you became reacquainted with the yearbook, where did you find it?

It wasn’t hidden. I think it was just on my bookshelf next to my other yearbooks. Earlier that summer I had been home for a little bit and I was just looking through a lot of my old things – I think a lot of people were doing that during the pandemic – and I found my yearbook. I was kind of flipping through it for research on another project and I thought that maybe there’s something here. I came back to it a couple of months later to flip through it again and develop the idea.

Why did you pick eighth grade?

I’ve been working on a feature film set in the summer of 2008 between eighth and ninth grade. I went back to that yearbook to get a better sense of those times, the technology and the way people dressed. Just looking through it completely transported me back: both the joys and innocent chaos of that time, but also the very specific anxieties of being that age. 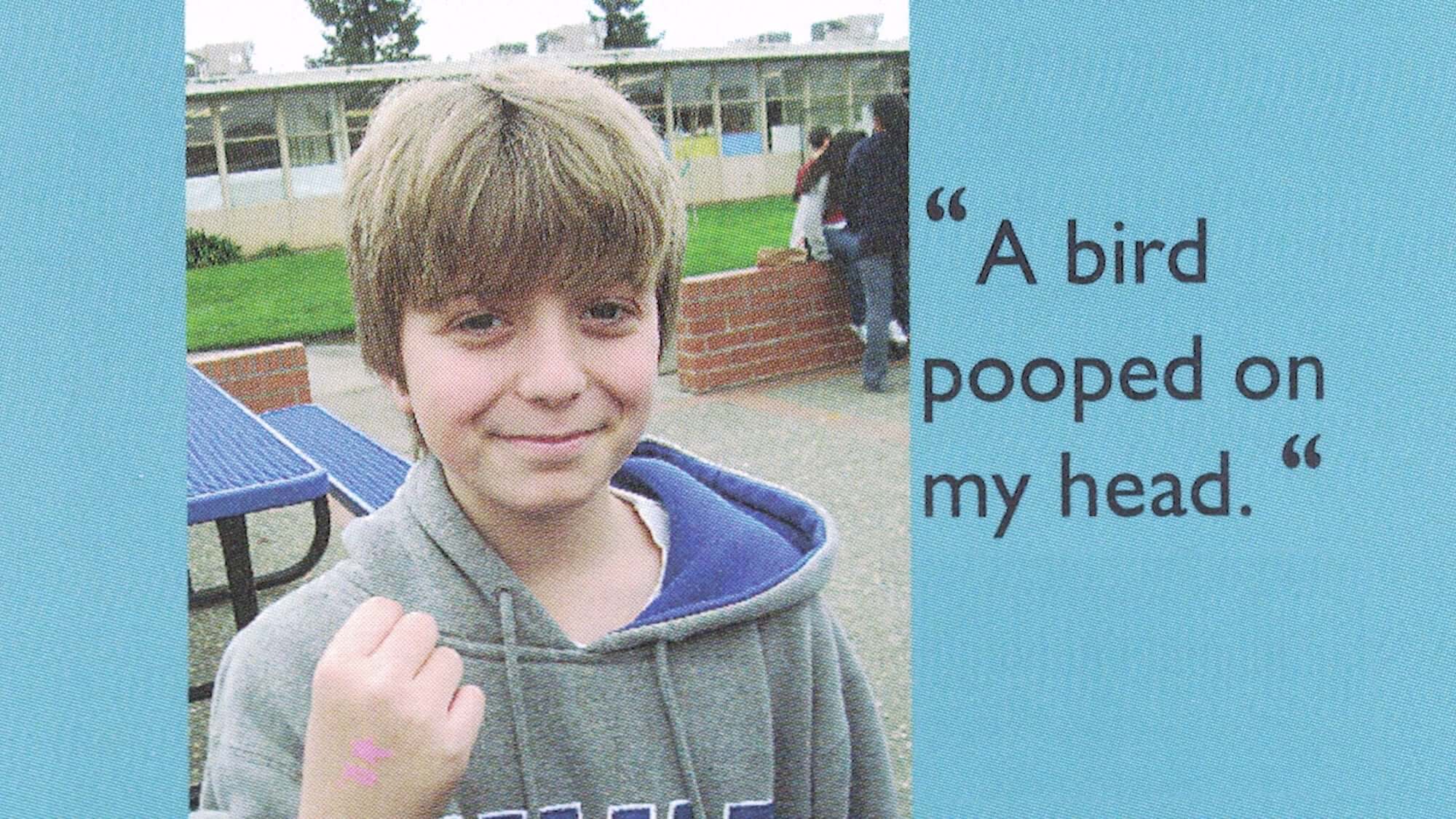 When did you decide to call up your old schoolmates? I assume you hadn’t talked to many of them in years…

I don’t remember exactly what the process was. The imagery of the yearbook was just so funny to me. The yearbook is designed in just such a chaotic fashion. It’s trying to be well-designed but it’s still very much designed by a 12 or 13 year old. At the end, as you see in the film, it gets very existential, talking about these big ideas about life and wanting to slow down, because life will not always be like this. And I’m like, did an eight grader write this? These are thoughts I’m having ‘now’.

I decided to couple it with these phone calls because I’m in my mid-20s and I’m still young but I’m not young young anymore. I’m in this transitional period where I’m kind of an adult now, but I don’t feel that way for various reasons. But the yearbook was so unfiltered, funny and so raw. The thought came to me: when did we grow out of this?

Even though the animation and visual are a big part of it, its heart is really these phone calls.

Going off podcasting, I always knew this was going to be an audio-based film. I wanted it to be a film where even though the animation and visual are a big part of it, its heart is really these phone calls and what the three of us talked about. There was just a lot of audio, but I knew that if I could capture the spirit of what those phone calls felt like, then the film could probably work because the arc of the phone calls was similar to the film. It’s pretty funny and light-hearted at first, but then it creates some more meaningful and deeper conversations and that’s the progression of being a child and growing into adulthood. Keeping the umms in allowed me to stay true to the conversation because I was distilling these long conversations into a nine-minute film and I didn’t want to make it a podcast but something that felt authentic.

Tell me how you recorded the conversations. This conversation, for example, is just for transcription purposes and would not sound great as audio…

I just put it on speakerphone and had a Zoom recorder next to me. Which is very unprofessional [laughs].

So you narrowed it down to just two friends, both of whom are children of immigrants. Did no one else stay on the line? I imagine there were quite a few generic conversations…

They were the only ones who stayed on the line long enough. I think you see it in the montage of people in the intro. But while they only have one line in the intro, we did usually stay on for a bit longer than that, but the conversation didn’t go as deep. They’re adults, they have things to do, like go to work or the Mosque or get breakfast. You can’t expect everyone to drop what they’re doing and have a conversation out of the blue.

Keeping the umms in allowed me to stay true to the conversation.

But the other two who stayed on the line, I think I happened to find a time when they weren’t busy. Those conversations just went on and on and on. We share these intersections of identity too. I think a lot of people our age compare ourselves a lot to their parents, especially because we are Asian Americans. I think we were able to look at that experience through a specific and nuanced lens and talk about it in a way that felt authentic to us.

Tell me about these animations, which have a picture book quality that reminded me of the end credits of Superbad. How did you work on them?

I just watched that movie! I worked with a friend of mine, Deepti Menon. I edited the audio and tried to do as much pre-animation as possible. but I’m not an animator. It was very tacky but hopefully gave an indication of the kind of ideas I had. I really wanted an animator to come on and really run with it. The overarching direction was to make it feel as if you were flipping through a yearbook. I tried to keep it a little playful, lo-fi and not too polished. I let her run with it and infuse it with a lot of her own personality.

H.A.G.S acts as a good proof of concept in terms of what my first feature could be.

It’s a New York Times Op-Doc! Tell me how they got involved.

I’m really grateful they got involved, because I’m a big fan. I wish I had a better idea, but I essentially sent it to them in a rough cut stage with 30% of the animations done. The cut was a bit different at the time, but the heart of it was the same. They were amazing and really helped shape the film and make it smoother. They’re just wonderful collaborators. 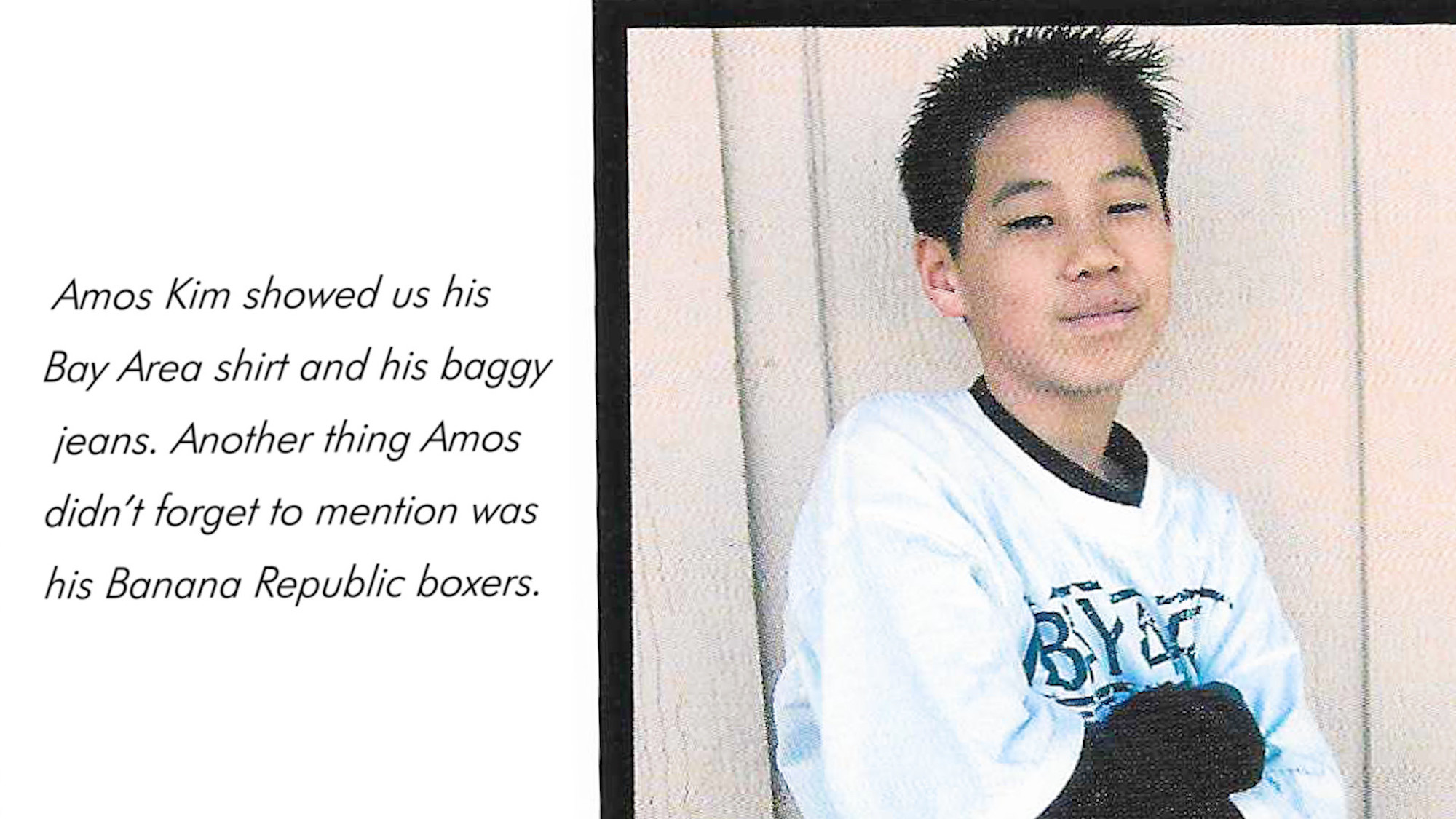 It was not the intention when I started making it, but in a weird way H.A.G.S acts as a good proof of concept in terms of what my first feature could be in terms of its characters and tone. So I’m still working on that first feature, we’re polishing up a rewrite right now. There’s also a short documentary I’m going to shoot tomorrow about my grandmother and some short narrative projects that I hope to get off the ground soon.