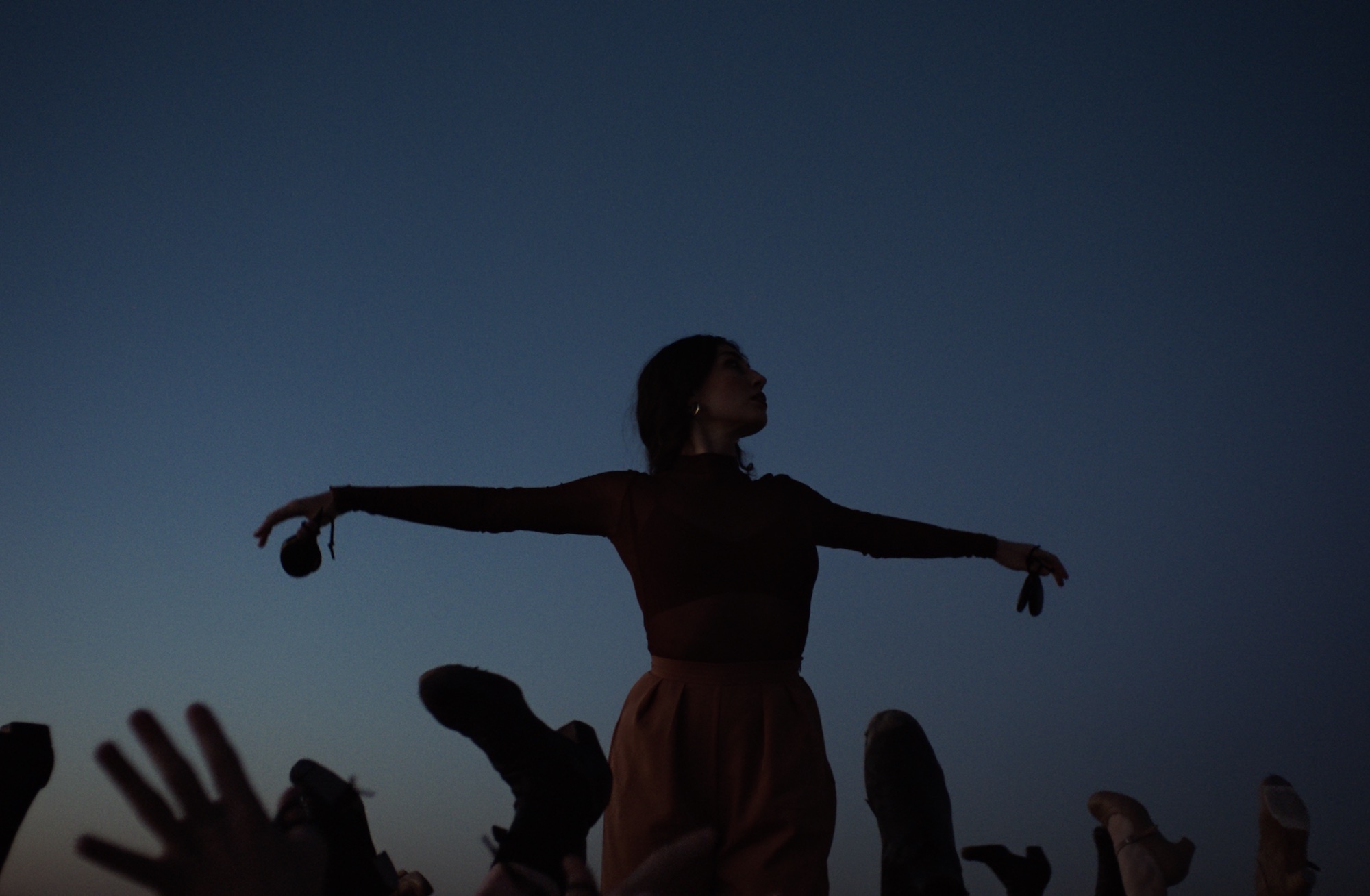 When one thinks of the great Spanish modernists, innovators like Pablo Picasso, Salvador Dalí and Luis Buñuel immediately come to mind. But there are others, whether through bad luck or government censorship, who don’t get the same laurels. Antonio José Martínez Palacios, who died in the Spanish Civil War, is one of those composers: hailed as a genius in his own time but forgotten to all but classical music specialists today. With A Body Is (Un Cuerpo Es), Jaime Dezcallar, in collaboration with choreographer and lead dancer Marco Flores, has created a contemporary flamenco suite that shows off the complexity and intellectual rigour of his work. Following in the modernist tradition of breaking existing traditions, the strict gender boundaries are blurred, resulting in a thrilling interplay between music and dance. We invited Dezcallar to join us for a discussion about the relevance of Palacios’ work, shooting with limited resources and rushing to catch the sunlight.

Tell me about Antonio José Martinez Palacios and his work?

I didn’t know about him at all. He’s not popular. It’s only musicians that study music who know about him. This was music from the early 20th century. He was part of the Generación del 27 alongside Federico García Lorca, Dalí, Buñuel and all these amazing artists. He comes from very humble origins in the area of Burgos. The priests at the school he studied in realised he had an ear for music, so they tried to give him a special education. He ended up in Madrid and became popular. He ended up in Paris where he made some of the most avant-garde music in Europe. He was going to be the biggest musician of the 20th century. These are not my words, this is what Maurice Ravel said. Unfortunately, he was captured in the civil war by the fascists and was executed at just 33 years old.

Do you think his music still has relevance in Spain today? What prompted you to make a film celebrating his work?

His music was forbidden for a long time in the Franco years and then forgotten. Only recently has he come back, because there have been some studies and important musicians who know his work well and admire his complexity. He used to move around through towns and rescue popular folk songs. He would interpret them and make them very intellectual and modern. 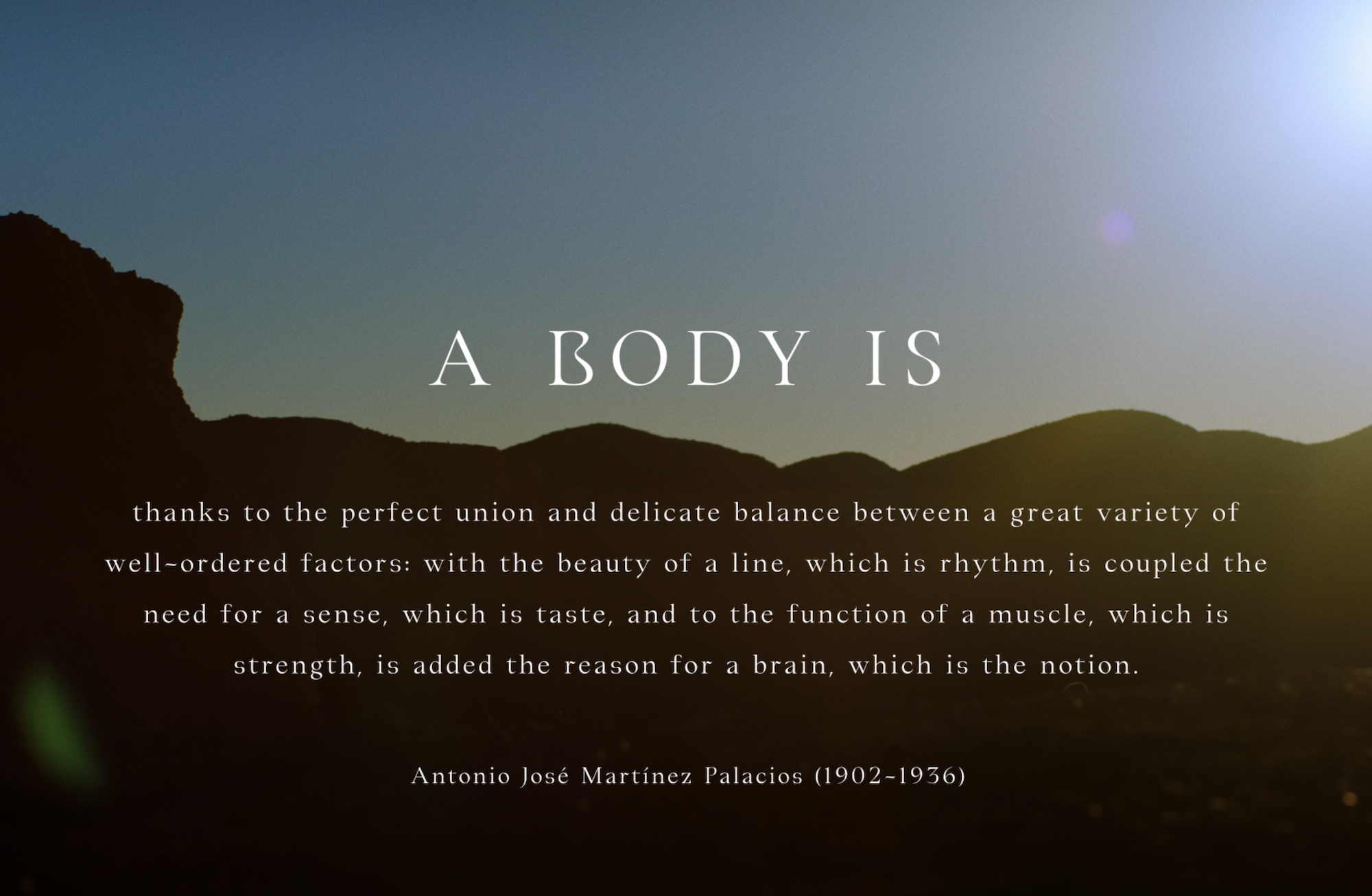 I got a call from Marco Flores, the choreographer. We have friends in common. The pandemic has been horrible for all of us, but for dancers, it’s been especially hard because they haven’t been able to make a living at all. They usually dance all over the world, but they couldn’t do anything. He has been studying Palacios’ music and told me about it. I said: “We have time. Let’s put all our resources on it.”

His music was forbidden for a long time in the Franco years and then forgotten.

This is flamenco dancing in a modern style?

All these dancers have studied their flamenco, classical Spanish dancing. They all have a degree in this kind of dancing but they wanted to somehow run away from it. Because flamenco can be very restrictive as there are a lot of rules. For example, the role of men and women is very determined. Marco told me from the beginning they wanted to move over that and make it modern.

This is what I mean when I said that Palacios used to take classical folk music and make it more complex and modern. We had a song that we wanted to work with, Ay, amante mío by Antonio José, that is beneath the music that we made. We took this choral song, destroyed it then rearranged it in order to have more things to play with, which had to do with changing rhythms and also silences.

The cathedral-like warehouse which has all this amazing light pouring in, was that natural light?

We had very little money and limited resources. For me location was key for the whole shoot. We didn’t want anything that was concrete, with graffiti or cars parked anywhere. We had to find somewhere in Madrid that we could use. So we ended up near this semi-abandoned old factory. They used to create soap and perfume and things like that. They let us use it if we cleaned it up. They call it a Palomar, which is where dogs give birth. They made it their home and it was full of shit. We cleaned it and it was perfect.

Tell me about the compositions as with the scenes in the desert, you create this cool balance of people dancing in the foreground while one can see the dusk in the background. What was the challenge with that?

That’s something to do with my cinematographer Marco Flores. We used an Alexa Mini with Cook S4 lenses and had to shoot the whole thing in a day. We had the factory early in the morning, but we had to get to the sunset 20 kilometres away and rushed to get there on time. We couldn’t actually make it to the exact place that we wanted, so we just took advantage of what we had and improvised with the twilight. We shot against the sun to create a silhouette and used a sensor in the camera to rescue as much information as we could, including that nice background with information in the foreground.

We took advantage of what we had and improvised with the twilight.

So you collaborated with Marco Flores, who is both choreographer and lead dancer. How much background do you have with dance? Did you have much input or just trust his process?

I’m respectful of his work. I went to see them practising. On day one, they already had the main thing. I was just sitting there and watching it, seeing how I could take advantage of what they were doing. I didn’t know where I was going to shoot it or what the story would be. I just had to change a few things around the camera movements but most of it was his work.

I work in advertisement, so normally I do ads. So this is what keeps me sane. Every once in a while we do music videos, short films or something more artistic. Luckily, I’ve been contacted through the film by other dance companies and some new projects have opened up. Some are more regular advertisements. And I’m always working on narrative. Nothing is closed, nothing is definite.