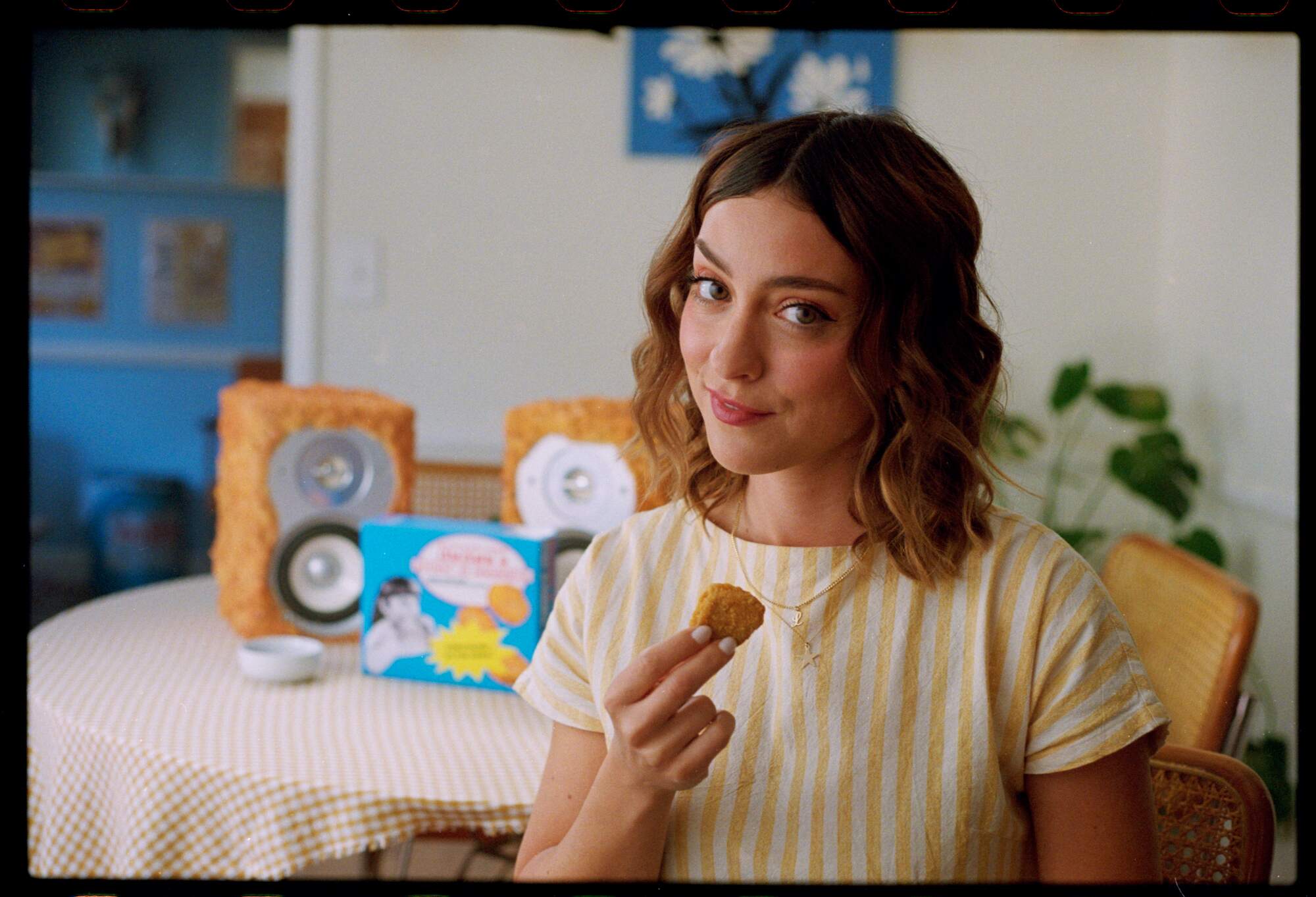 Whilst Eno’s satirical comedy The Pitch pokes fun at the ridiculous lengths advertising execs will go to get their products noticed, it’s also a love letter to creatives and the ideas that get left on the floor. In an industry where plans and concepts are pitched at one hundred miles a minute, it’s crazy to think about what we haven’t seen that could’ve been. Eno delights in this idea, fully exploring a battling relationship between an ad agency and a film director who duel out their crazy ideas which culminate in a fourth wall-breaking finale. Joining us today Eno takes DN through the experiences he had that informed the basis for The Pitch, what it was like pitching the concept itself to potential collaborators and the joy of developing his own crazy yet not unrealistic advertising concepts to be featured in the film.

The Pitch feels like a film derived from experiences in creative purgatory, is that where it began for you?

After working in treatments in-house for a while, my mind was a melting pot of references and buzz words. It was overwhelming to switch modes from different products and looks every day. Our office would do artsy pitches for an alcohol brand, then a fashion campaign, and then aluminum foil or paper towel comedy ads. The wild variety somehow fused in my head to make this idea. I also really wanted to write a love letter to the creative armies and producers that don’t get to see their project see the light of day. There’s an incredible amount of dead ideas and jobs that deserve to see the light of day. It breaks my heart to know how much art doesn’t get seen in the end.

I really wanted to write a love letter to the creative armies and producers that don’t get to see their project see the light of day.

How was it, I guess ironically, pitching The Pitch to your potential collaborators in order to get them on board?

The script was well received by some film friends and we agreed to make it as a passion project. My friends Kate Galliers at Little Bear Studios and Gon Tarragona agreed to produce and put their love into it so fully. I can’t thank them enough for being such a support. I think everyone on set related to the theme and had been through a job dying or trying to be overly artistic in their time. We were all cracking up the whole shoot. Since I was the client of our fake brand, the agency and the director I thought it would be funny to even yell at myself in the mirror and act like I had multiple personalities. We all had to live the joke out to its fullest. My close friend Jorge Grau who is a wonderful fashion photographer was appointed as the creative director of our fake nuggets. He did full campaign photos as if it was a real brand inspired by many different photographers.

Incredible! And how did you come across Lourdes Hernandez? What was it that made you want to recruit her for the role of the classic advert protagonist?

Lourdes and I had met at a house party when I just moved to LA and stayed in touch, trying to do something together. Once this script was finished I immediately pitched it to her and felt like she’d be a great fit to elegantly bring humour to all these different characters and moods. It was a personality carousel for her!

I’d say that so much of what makes The Pitch work is nailing those comedic switches in the edit. How was post-production in general?

The editing was a beast since we had to record the voice-over, which was performed by Rick Darge and Ben Wood, once with the shooting script, and then edit to their voices. Afterwards, we added new improv in a second recording session which made it flow a bit better and then doing some morphing VFX. Kat Yi, who edited the piece did a really nice job of also making fun of the editing tropes from fashion campaigns. Jeff Leeds Cohn got to make fun of his styles too as we basically shot a diverse reel with five different cameras and looks.

How did you come up with the adverts/film references featured in The Pitch?

A lot of these looks are the references that keep coming up in pitch calls. I’ve been on hundreds of calls as a treatment designer and Tree of Life, American Beauty, Blade Runner, mixed media deliverables, and not a model natural bright commercial look get said time and time again. So I just added the nuggets and some crazy ideas to each one of them which was also such a fun imaginative aspect of it. Also, did I mention the nuggets glow in the dark?

After working in treatments in-house for a while, my mind was a melting pot of references and buzz words.

Was it challenging to shoot across a series of styles, given the conceptual changes between each of the adverts?

No it was a blast! Such a carousel of looks was intentional not only for the nature of the story but for my reel. I kept on being told I needed different things on my reel that all had my voice so I decided to essentially shoot six commercials in one. Then it could function as an entire portfolio to some extent while still showcasing my voice.

Do you have a favourite section of the shoot or a fond memory of creating one of the sections?

The Tree of Life section was my favorite since it was just Lourdes, the DP Jeff Leeds Cohn and I. We had a Bolex, a big sack of nuggets, and a red cloth. It was so simple and allowed us to be nimble and run free with our coverage. It’s also the most overused reference in treatments so I felt I had all the shots imprinted in my brain. I loved the hiking people next to us that stared and was imagining what they were thinking we were up to. I should have asked for their email so I could finally bring clarity to the situation.

What new projects do you have in the pipeline?

I spent the majority of this year writing dark comedy sketches and ideas for brands I’m pitching around. I’ve also been working on a series about modern relationships with a very dark yet funny tone. Other than that, mostly continuing to pitch on commercials and trying to not laugh when the agency calls sound like this film.