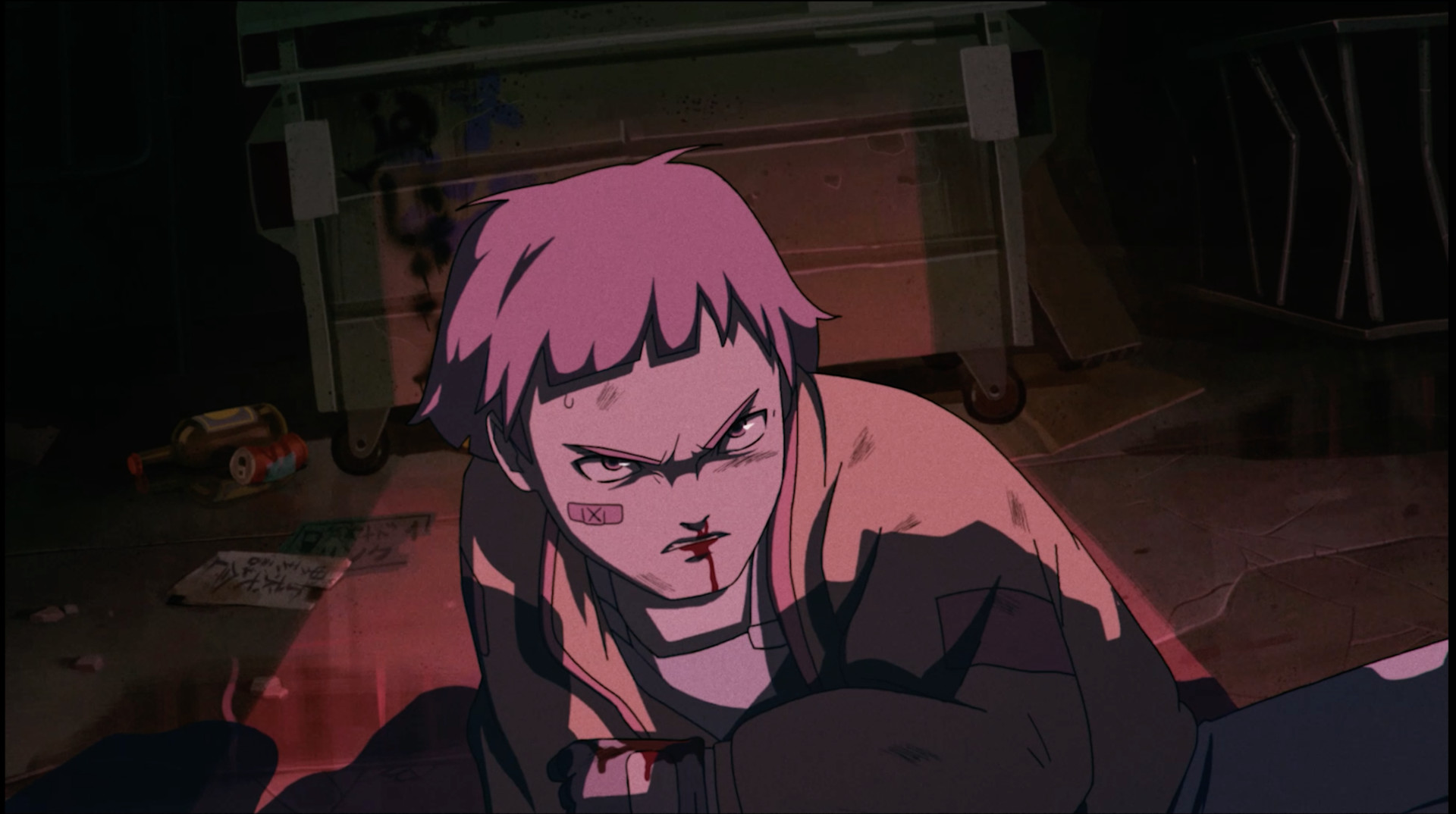 Salvatore Ganacci is the kind of DJ who likes to make fun of himself and play with his own image. His new music video Fight Dirty, is a prime example of this with its recasting of Ganacci as a yakuza boss, lord of a dystopian underworld. Influenced by the likes of Akira and One Punch Man, Will Goodfellow, Tom Noakes and Greg Sharp have created an action odyssey that takes us all the way from dark and seedy bars to a brightly-lit and incredibly garish cat casino. One can immediately sense the deep amount of lore and world-building that lingers under every scene, sharply soundtracked by Ganacci’s cinematic house track. An impressive white knuckle ride from start to finish, DN talked to Goodfellow and Noakes about incorporating the DJ’s personal style into the film, using traditional animation and their plans for a larger TV series.

Tell me how you got in touch with Salvatore Ganacci.

Tom Noakes: There’s a chap called Vedran Rupic who does videos and is a commercial director as well. He started a company out of Sweden and asked if I wanted to join it. I said I was keen to do a clip. He said he was tight with Salvatore and that he could get us on a Salvatore pitch. He had done a couple of live action clips with him and they’re really unique. I pitched a few ideas, most weren’t in his language but the anime was. This was built on a concept that was one of Will’s ideas. It just sort of all aligned. They had a partner Middle Beast who green-lit the budget on the treatment and we were good to go.

The song has such a strong narrative structure, we felt like we couldn’t do it any other way.

Did Salvatore himself have much input into the project? He puts himself physically in the film twice…

TN: That was a bit of a tug of war. We initially pitched the project around a long-form idea of an animated TV series. It’s built on an IP that we’ve been developing independently. We saw this as an opportunity to do a fucking cool clip, but also use that as a proof of concept for our own purposes. Part of the trade-off there was that we were still doing a music video and we needed to put the artist in there. We struck a happy medium in the end. 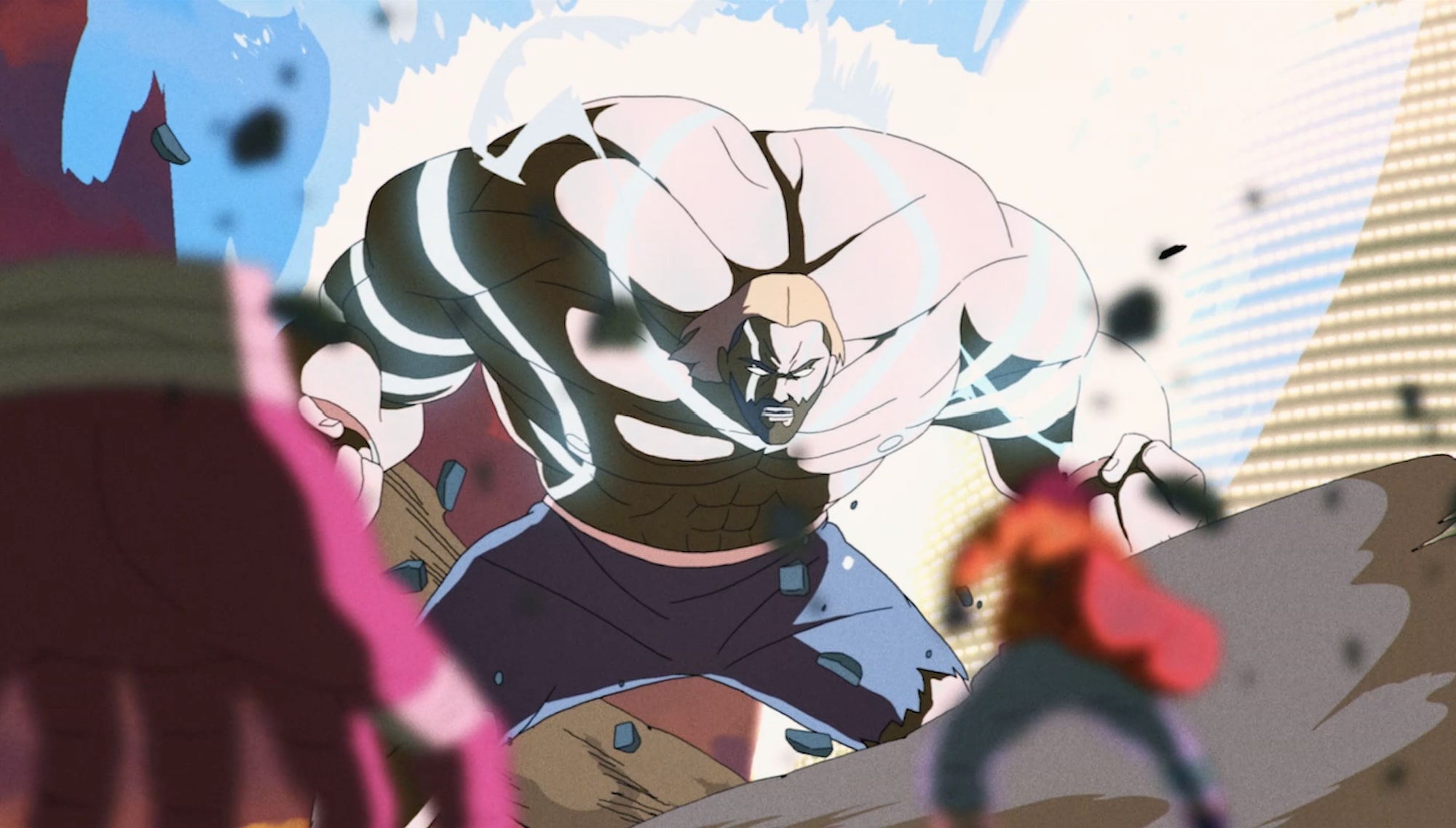 I thought there was a wider story involved! What was it like taking all that lore and condensing it into a music video form?

Will Goodfellow: The characters of the girl and the hand were always a duo that Tom and I thought would be a really cool action anime series. This is the kind of anime that we gravitate towards. We just saw this giant severed hand as an iconic kind of image that hadn’t been explored in an anime concept yet. But the narrative that happens in the clip was developed specifically for the music video. We developed a small narrative about her being his protege and him being a gang leader in a dystopian, futuristic city. We thought of it as a trailer concept where we could have small vignettes and cherry-pick the best scenes out of an extended concept. Mind you, the song has such a strong narrative structure, we felt like we couldn’t do it any other way. It just ‘feels’ like a fight scene.

We struck a happy medium in the end.

My favourite shot is of her running across these rooftops with this giant cat in the background. Were there any city references you used for that shot?

TN: It wasn’t particularly one city. It was an amalgamation, like a cross-section of a lot of anime dystopias and alternate realities. With the cat specifically, we were trying to think of a really cool fight arena they could fit on and have this epic collision. We charted a lot of things that looked cool and we ended up with a monolith that is the centre point of the city. It’s something that’s sort of surreal and iconic, memorable and quite graphic.

It feels like a city where the inequality could lend itself to this immense greed, so we created this lucky cat casino. I’m not sure if anyone would get that it’s meant to be a giant casino but it ticked the logic box for us as something that could exist in this dystopian city.

WG: Salvatore’s incredibly tongue-in-cheek. We had a lot of different monoliths instead of the cat but they all felt too serious. So we were trying to find something, over weeks of deliberation, that could hit the mark between being amusing and epic while still feeling tangible to that reality.

Walk me through the animation process with animation director Greg Sharp.

TN: We just always liked what Greg did and the opportunity came to work with him. Nina Knežević and Greg run TRUBA. They’re from New Zealand originally but they live in Serbia now, as Nina is originally from Serbia. Europe has quite a strong legacy of really traditional animation. After Japan, it’s the strongest continent. Greg’s over there trying to finesse a pipeline that can do traditional animation, which is what we wanted for this. We were pretty strict that it had to be traditional 2D, frame-by-frame animation. Will and I kept finessing the story and the world and the characters and Greg was in charge of bringing on and recruiting the team.

WG: We would feedback on things over Slack. His designers would send through images and little whisps of what they were working on and we’d provide feedback between 6pm and 12am every night. It was pretty challenging: Greg is a seasoned animator but not in anime. They were trying to replicate a style that we’re all a bit foreign to, but Greg was very patient with us.

It ended up being a pretty predictable workflow. Greg storyboarded everything but we all had a pretty strong hand in the creation of the initial animatics. Then when we were happy with it and it got through the label, there was more colour work and detailed outline work. It was a pretty intensive and hands-on collaboration between us and Greg.

WG: We’re currently developing the hand and the girl. It’ll be an adult animated TV series and we’re calling it Nuul and Void. We’re going to take it out to the market once we’ve got the materials together. We’ve also got a TV series that we’re putting together as well. That’ll be a 30 minute comedy-drama. Besides that Tom’s always busy with ads, interrupting your favourite TV shows with the most disliked entertainment!