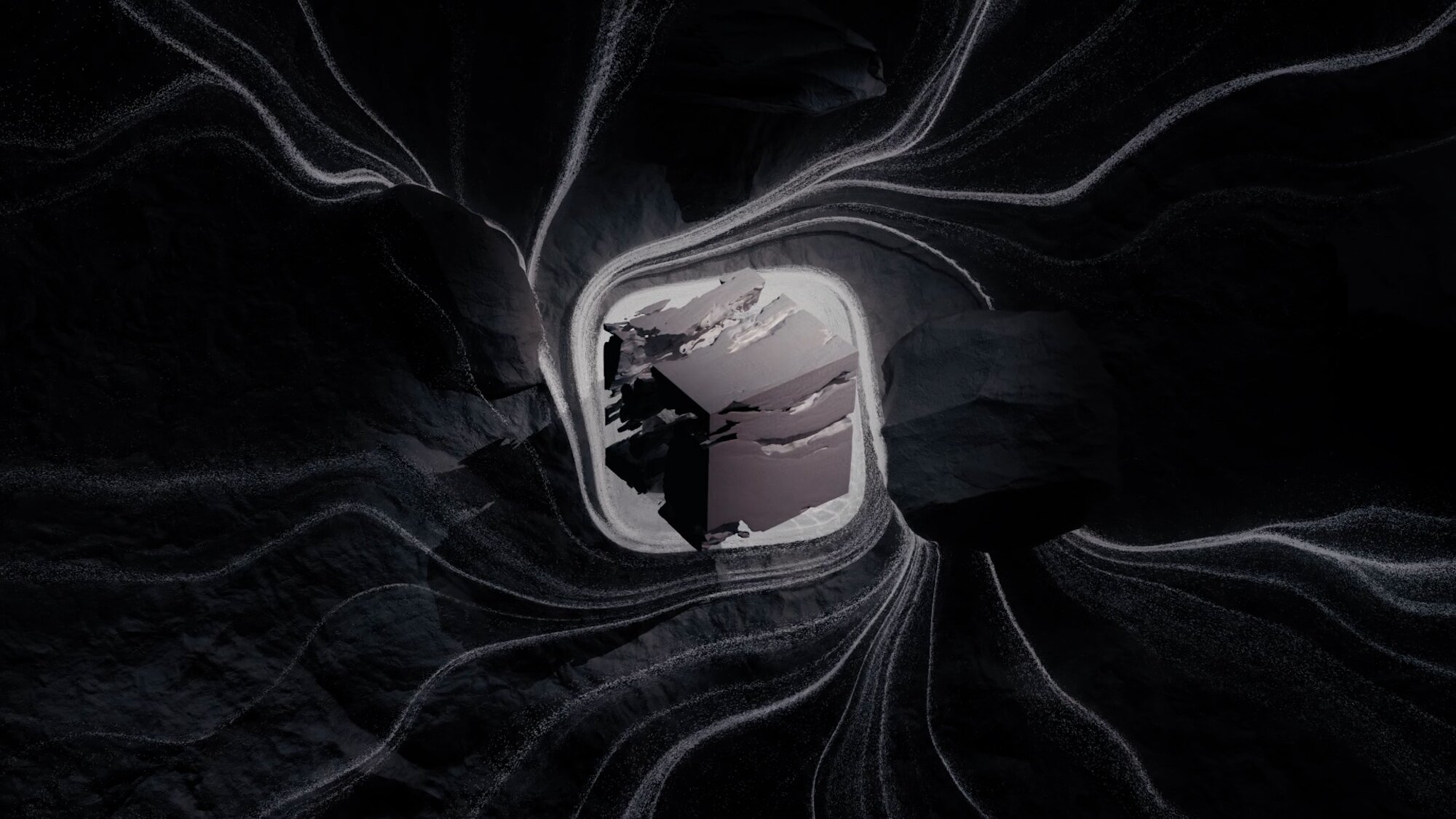 In creating the soothing animation for experimental jazz group Kinkajous’ Convolution, the first track from their upcoming album Being Waves, Austrian director and animator Marco Fontan formally embraced the fine line between edges of clean mathematics and chaos. The result is a blend of light and shadow, of soft and sharp, of fluid and rigid. As a whole, it’s a beguiling music video that reflects Kinkajous’ equally beguiling soundscape, and it sees a mysterious shape born in a fluid, unfolding fashion. It’s not until the end of the video that we really get perspective on the wider narrative this shape is a part of but its mesmerising fluidity maintains its grip until then. DN joined Fontan for a chat, digging into the technicality of his animation, the creative benefits of his preferred choice of software, and the ever-growing boundaries of an artistic form which unlocks imagination.

What did the initial brief from Kinkajous look like?

Benoît and Adrien (Kinkajous) had a very open brief for this project. Their upcoming record Being Waves is based on concepts of realities and perception, and they wanted this video to reflect those themes. The aesthetic approach was to have a timeless and organic feel, with a particular attention to textures and light.

I’m curious to know what came first, the abstract shape-based imagery or the narrative?

Initially, Convolution was meant to be focused on a collection of abstract images and textures. As I progressed through the R&D phase, searching for moods and shapes, a narrative slowly started to emerge. The organic cube showed itself to act like a protagonist, opening the movie in a dark environment and floating in outer space. The way it moved and shifted shape seemed to be a fitting visual representation of the idea of convolution.

The aesthetic approach was to have a timeless and organic feel, with a particular attention to textures and light.

As I worked on this scene, it became clear that this should be the final scene of a small storyline. The next few weeks I spent developing the cause of the cube floating in space. We are in a mystical earth-like environment where the viewer gets to see the birth and growth of our protagonist and follows it as it slowly takes off.

What tools and software did use to develop the animation, and what did they offer you creatively?

SideFX Houdini is my main tool when it comes to image creation and rendering. With its procedural and node-based approach it is a huge playground for prototyping and finalising huge projects. Since I can program my own tools and workflows, it is challenging and inspiring at the same time. I love organic structures, the ability to combine natural phenomena with mathematical functions is the workflow that I was looking for a long time before I found out about Houdini. I finally have the sandbox that I need to keep on exploring image creation.

Houdini is like a big sandbox of tools for image creation. With the procedural approach and a very open core, Houdini gives me the freedom to explore computer-generated imagery without too many borders. If you can visualize something in your brain, there will be a way to translate it inside Houdini. Of course it’s also quite technical and complicated in some areas, especially when I started out learning it. That only gives me even more motivation to keep on exploring.

How much did the cinematic, sweeping nature of Kinkajous’ music inform what you created both in terms of the structure of the video but also in terms of the shape and fluidity of the animation?

The music was very much at the centre of my creative process. In the first weeks I was listening to the song over and over again while playing around with shapes and trying to figure out a bigger picture. The more I got into the music, the more I felt I was diving into a parallel world. In this dark and mystical world I slowly started to find the bits and pieces to build the sceneries from convolution.

I finally have the sandbox that I need to keep on exploring image creation.

Bit of a broad question but what is it about animation as an artistic practice that attracts you to it as a form of expression?

I am a big fan of classical film. Since I always was playing around with software it only made sense to experiment with animation tools as well. That’s where I found out that you can do a lot of things with only a PC, one man and some passion. Everything is there to create your film: Cameras, Lights and a timeline. The sets you create yourself too.

Do you see yourself collaborating again with Kinkajous? It seems like a great match on a visual and sonic level.

I loved working with Kinkajous. Their music is very inspiring and if there’s another situation where we might find some playground to work together, I would definitely be in.

Are there any projects you’re working on presently that you can tell us about?

At the moment I am into some commercial projects. That’s the area where I am working most of the time. But in future I would like to work a bit more on artistic projects like the one with Kinkajous. I am also very drawn to check out Unreal Engine. I think it would fit my needs for future projects very much.