Created for the Czech Republic’s National Museum, directing duo Wolfberg’s branded short Bright and Beautiful is a series of recreated scenes from history of quieter everyday moments amidst larger, more foreboding world events. The pair do an excellent job of recreating these scenarios with impressive production value, visual effects and sound design that briefly, yet efficiently immerse you in a breadth of historical events ranging from the years of witch-hunting right through to the World Wars. It really is a testament to the directors’ ability to transport us to each of these distinct time periods in such a succinct manner and for a film that’s only a minute long, it’s a pertinent reminder of the challenges we’ve been through as a species to get where we are. DN spoke to Wolfberg about how they became involved with the National Museum along with the practical obstacles they had to traverse to recreate these seismic moments of history.

After you received your brief from The National Museum, how did you set out to research and develop the scenarios you wanted to showcase in the film?

The idea took about one month of research on historical topics that could look interesting on film, we wanted to show our audience moments from each period of struggle people had to face throughout history.

We were looking for everyday situations that were sort of routine for the people in the past.

At the same time we didn’t want to be too literal, so we were looking for everyday situations that were sort of routine for the people in the past. When they lived for years in a war or had to go to a blacksmith to take their teeth out. 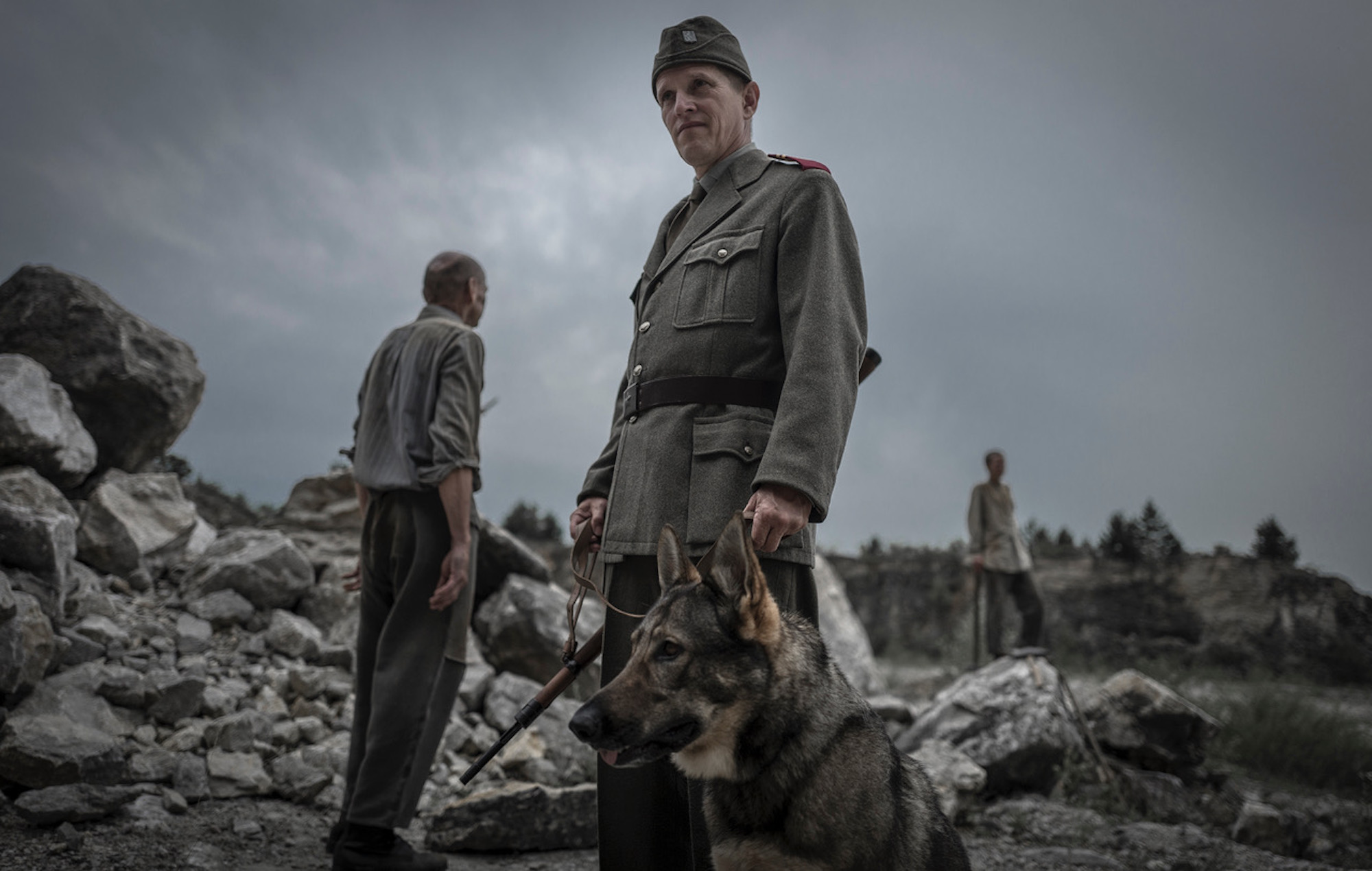 How much say did the National Museum have in which time periods you would recreate?

We had agreed beforehand that we should mainly focus on scenes that carry some emotional resonance rather than being too literal to the museum exhibitions, so we had a lot of freedom with selecting the right scenes.

What happened after that, was it a case of working out where and how to film each situation?

After we had shortlisted our scenes we started looking for locations and for ways how to execute each scene in the most cinematic way. So that was also the moment we had to get our postproduction involved in the process to make sure the ideas we came up with could be done within our budget without compromising our vision.

How difficult was it to source your locations, props and costumes, given that you were covering multiple time periods?

Our crew was involved in the process from the beginning and they were all very enthusiastic to make it happen, so we got a lot of favours from our crew and production team and the National Museum opens lots of doors as well. So the whole process of production was very smooth. We shot all the scenes in the Czech Republic which is a very good place to shoot period films.

I think they were all equally important in the montage. To me, personally, it is the scene in the bunker as we felt it well captured the trauma of the war.

What is it about the Czech Republic that makes it such a great location for period productions?

Size-wise, it is easy to shoot at multiple locations as the country itself is pretty small, and as there are a lot of historical features being shot here, we have gained pretty good access to period costumes and props.

We had agreed beforehand that we should mainly focus on scenes that carry some emotional resonance rather than being too literal to the museum exhibitions.

What do you feel you learn as filmmakers from ambitious branded work like Bright and Beautiful that you can take into your other projects?

That period films are photogenic and inspiring to work on, as there is a lot of research needed prior to your production.

How challenging were the visuals effects used in the film? I’m assuming you didn’t have planes flying overhead when shooting!

That’s correct, we had a few scenes that needed CGI and few matte paints to get the right context of the period. The planes took some time to figure out as we had to do research based on period photographs. Also, some architecture needed to be matte paintings as they no longer exist as authentic locations.

I’m curious to know what led you to juxtapose the everyday difficulties of these historical scenarios with the song All Things Bright and Beautiful?

The whole idea was based around nostalgia for the good ol’ days that people tend to refer to quite often. We wanted the song to reflect that and be sort of archaic. So, when we were deciding what song would work the best with the images the contrast of the lyrics for All Things Bright and Beautiful with our edit worked the best from what we had on our shortlist.

And, one last question, are you working on any new projects presently?

We are working on another two projects at the moment and also have just had a request in for a new project that came in off the back of the National Museum advert which is really rewarding as we put a lot of energy into that project and its production.