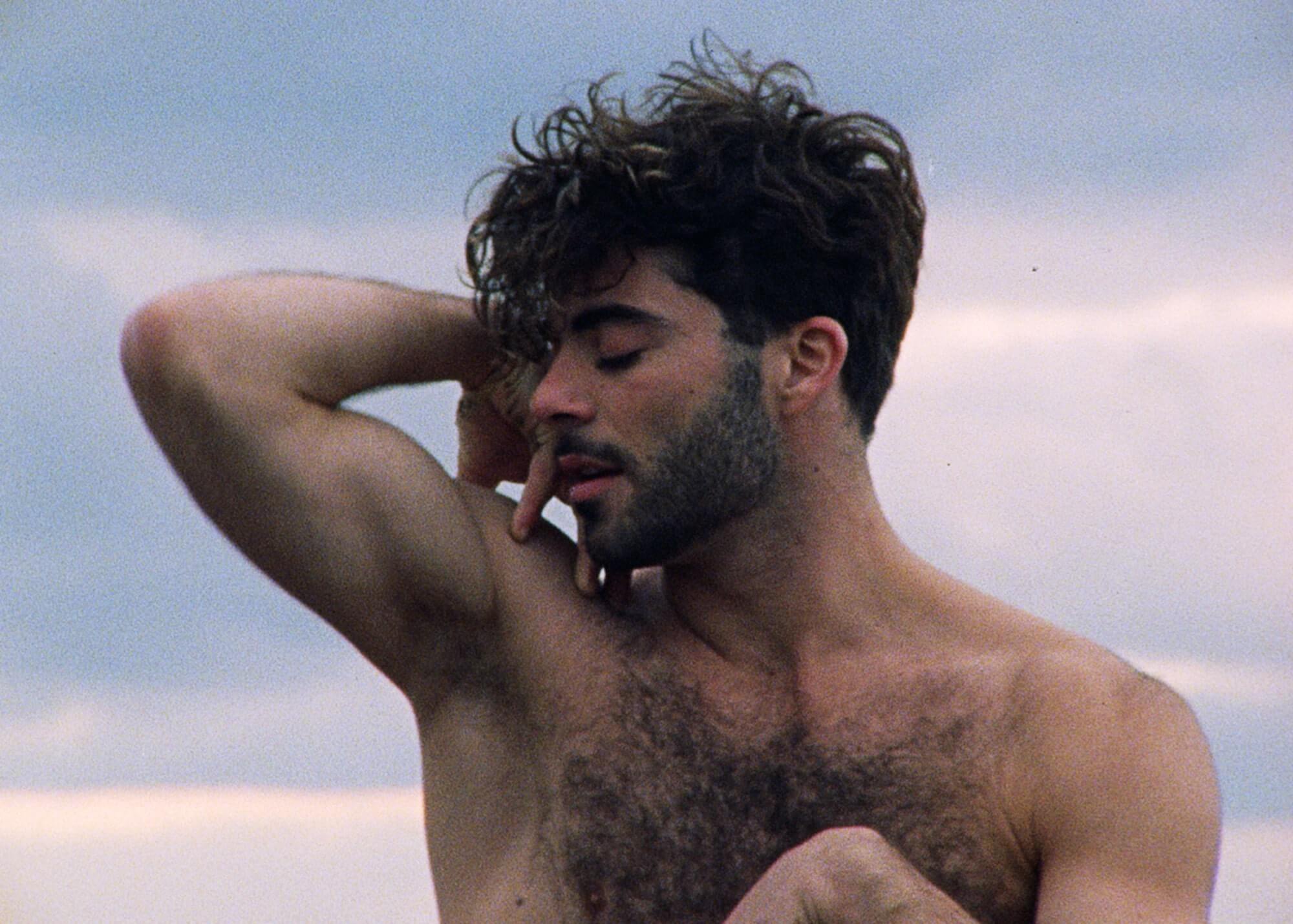 Featuring striking movements within a forbidding landscape — shot around the Farys Water Silo in Beersel, Belgium — dance short Chambers finds a variety of expressions within just a short two-minute runtime. This is another work from the Films.Dance movement birthed by Jacob Jonas The Company during the pandemic, which has shown off the wide diversity of dance cinema over the past year. Chambers might be the most layered one yet. While the self-aware narration calls attention to the artifice of dance and the wide-angle shots of industrial settings give the film an alienated feel, this sense of remove is contrasted with extreme close-ups and the lilting physicality of dancer Daniel Domenech. Today on DN we talk to director Kristian van Kuijk about using descriptive audio, working on the choreography over Zoom, shooting between Belgium and Holland, and creating the film’s characteristic zoom shots using a vintage Bolex camera.

How did you get involved with Films.Dance and Jacob Jonas The Company?

I came across one of their earlier films via a good friend of mine then coincidently they contacted me a few weeks after. They had seen some of my projects which involved dancing as well and they figured it might be a good match. After a first meeting the energy felt right as the team was very ambitious and professional.

How did you initially want to approach the film?

I liked the narration, which helps to remind us of the artificiality of the dance. Why did you want to use it?

It was actually an idea from the Choreographer Jerron Herman. As a disabled dancer and choreographer himself, he often records a description of his parts to have a narrated version for the visually impaired. We found this a beautiful concept and started to work around this idea with different narrations and voices.

Even the choreography had to be done through Zoom calls due to lockdowns.

Additionally, the narration has a lot to cover, but it never feels rushed. What was the challenge in recording it?

Even with a lot of text and cuts it somehow feels like one continuous flow. This is because we tried to edit the choreography like one continuous movement, but still all in different settings. Combining that with a very calm tone of voice and subtle music resulted in the laid-back vibe of the film.

The soundtrack is suitably spare, so as to complement the narration and not overwhelm it. How did you want the music to sound here?

Originally we had a much more energetic track in mind, but after we locked the edit we decided to share a muted version with composer Matthew Jamal. We gave him carte blanche to see what he would add. He came up with a very subtle track that gave a much better balance to the tone of the voiceover than the original track we had in mind; which was a great surprise to us all.

How did you work on the very expressive dance?

Jerron and I had a few chats, but he mostly worked closely with the dancer Daniel. The most impressive thing is that even the choreography had to be done through Zoom calls due to lockdowns and the fact that most of us were spread apart in different countries. 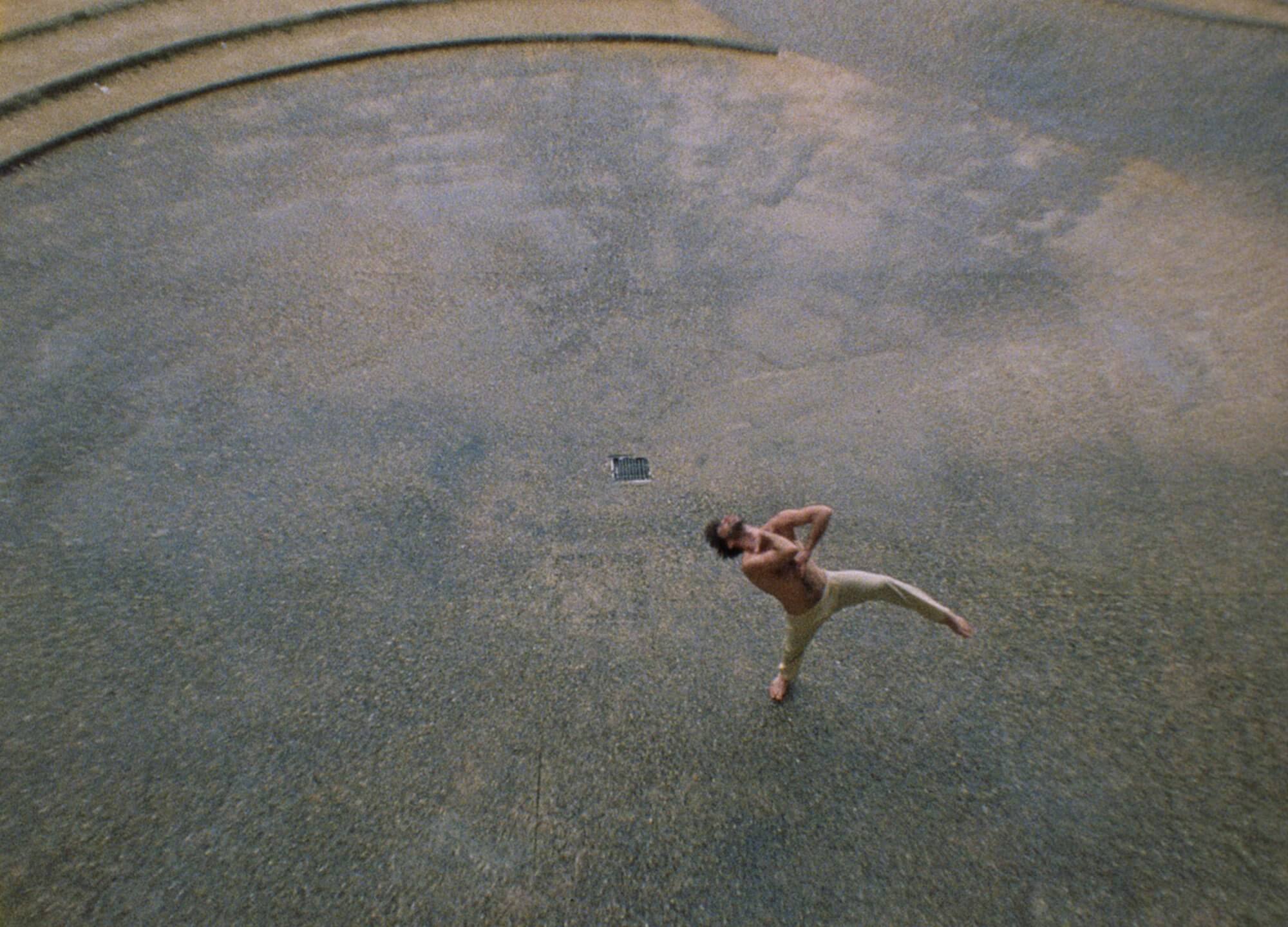 What was the challenge of editing the dancing so it would feel like the continuous movement you were seeking?

We had so many great shots that it felt quite overwhelming to start the edit. As we had the original choreography to hold on to, we figured out a way to have the same build up and flow over the different settings and shots.

There is a lovely contrast between wide-shots and close-ups, creating a tension between performer and landscape. I’d love to learn more about the mix of shots.

The lens on the camera had an easy way to operate a smooth manual-zoom, so it was fairly simple to go close-up and super-wide all in one take. This gave us a lot more content to work with later in the edit.

The film has a lovely texture, looking like a home video but also containing an arthouse feel. What type of camera did you use and what challenges were there in colouring the movie?

We used a vintage Bolex camera, which actually is a wind-up film camera that doesn’t need batteries. It is my go-to camera for projects like this as it is fairly easy to use and doesn’t involve a lot of extra equipment. 16mm film also has a very beautiful grain which doesn’t require much color grading.

We figured out a way to have the same build up and flow over the different settings and shots.

How did you find this forbidding location? I would love to have seen more of it.

We actually shot on two locations: the large water tower of Bel architects near Brussels and a passage slash bridge near Maastricht with beautiful wide stairs and a brownish-coloured gravel. I am always a big fan of great architecture and after a long search, we decided on these two locations. The field was actually an extra third location we found along the way, which gave us a bit more freedom as we had more space to move around.

I am actually taking a break from directing in 2022, starting on a completely new and different adventure which I will be sharing soon! Stay tuned!