Identity crises are part and parcel of storytelling, but few people have found themselves torn apart by circumstances quite like Gamal “G” Turawa. Raised by white foster parents, he joined the Metropolitan police force to help change its racial make-up. But as a Black gay man, he found himself working within a structurally racist institution, leading to intense mental health difficulties. Turawa shares his story with great honesty in The Black Cop — recently picked as one of our favourite films at this year’s British Shorts festival — captured with unflinching close-ups by Cherish Oteka as well as blending archive footage and thoughtful recreations. Spanning from the 60s to the present day, taking in the shock surrounding the death of Stephen Lawrence and the faux-optimism of the Tony Blair era, it takes us inside an institution that has often proven itself slow to change. A longlist contender for the 2022 BAFTAs, we talk to director Oteka about their personal connection with the subject, the importance of telling Black stories, and the nuts and bolts of their documentary filmmaking approach.

I’d love to know how you first came across the story?

I discovered Gamal Turawa when I went to a workshop for LGBTQ+ people of colour. There were breakout sessions to explore role models within the community. At the time, I didn’t personally know any older Black LGBTQ+ people so I was paying close attention and his name came up as Britain’s first openly gay and Black police officer. He sounded like a really inspirational person, like someone I wanted to reach out to on a personal note. We ended up speaking on the phone for three to four hours and somewhere along the conversation he shared some of the most challenging parts of his journey. Initially it wasn’t about making a film but building up a friendship. Out of that friendship it sounded like he was really keen on sharing his story.

There’s so much that we couldn’t actually put in the film! I feel strongly that there’s a feature in this story alone.

How did Guardian Film get involved?

I first started this journey in 2017, five years ago. At the time, I was pitching this idea and there were loads of broadcasters or platforms that were initially interested, but for one reason or another, they never actually committed to it. So it was definitely a long road to getting to the point of making the film. I approached The Guardian maybe two or three years ago, and it was just an ongoing conversation. I also think that 2020 and with Black Lives Matter, there was more of an interest in these types of stories. We got the commitment to make the project around the end of 2020. 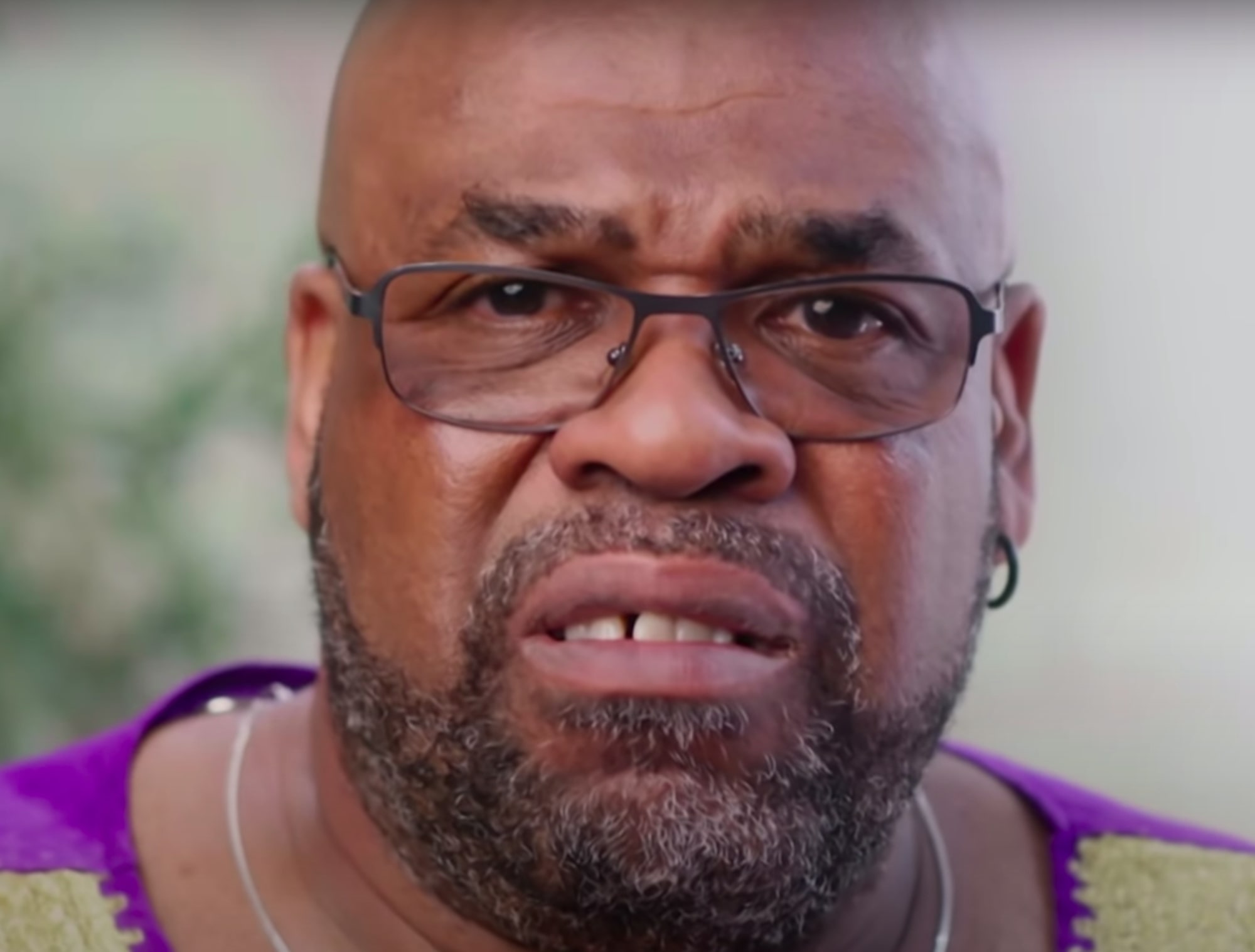 Were you given a lot of freedom in the film? How did they want it to align with their editorial tone?

I think it was a great mix. For example, the allegations against the Met needed to have a right of reply. Editorially, because I’m close to it, and they’re coming at it from a fresh perspective, it was really useful to get their insights in terms of where the flow works, and what was confusing. But it wasn’t a difficult relationship. There were points where they felt that there was information that we don’t need, and I would say, “I think we do need this”, and they were super supportive of that. There was never a kind of thing where, “what we say goes, because we paid for it.” So it was a great relationship.

Initially it wasn’t about making a film but building up a friendship.

How long did you actually interview Gamal for? I imagined he could’ve told many, many more anecdotes!

There’s so much that we couldn’t actually put in the film! I feel strongly that there’s a feature in this story alone. The interview was about eight hours in one day, with breaks and breathers in between. There was a lot of ground to cover, so I did it in sections and mapped it out really carefully. I also made sure there was a rhythm to the questions, so it wasn’t too intense, because there are a lot of intense moments that we were asking him to relive in the interview.

When so much of the film is just him talking, tell me about trying to frame it in the right way as so much of the emotion plays out upon his face. What was the idea there and what kind of technical set-up did you use?

We used the Blackmagic to shoot. In terms of the framing, we used a new version of the Interrotron. We used an EyeDirect as well so there’s this direct eye contact and it feels like he’s talking to the audience. I really wanted to frame the film in the way that I experienced G, because we’ve been friends for the past five years and had a lot of conversations where it was just the two of us talking across dinner or something. Along with that, the 4:3 framing was another thing I decided on to increase that kind of intimacy with the contributor, so there isn’t that dead space to the left and right of him. And it was also a nod to the fact that this is a retrospective story.

I can relate to institutional organisations trying to present that they are more inclusive than they really are.

And it works well with the archive footage, which is usually in 4:3, so there are no awkward aspect changes. What was it like finding it? Was there a lot of research needed?

I largely used the Getty archive. There was a challenge in digging into topics around the Black community, especially for the 80s onwards. It was quite challenging, from a Black perspective, to find an archive that spoke to his childhood experiences. There’s stuff that speaks to criminality or racial injustice, but in terms to a general archive of just Black people existing, we don’t have that luxury. Going through the archives, I realised that it’s so important to tell our stories so the next generation has something to lean on.

What was it like balancing the intersectionality of his experience, being Black, gay and a cop, as well as making it feel universal?

Something I meditate a lot on is speaking to the specifics of different experiences. Many of us have tried to change or hide something, or try to conform to the norm. So as well as explaining the experiences of being a Black or gay person, it was really about drilling into the feeling that this is beyond race. That was definitely challenging.

I realised that it’s so important to tell our stories so the next generation has something to lean on.

What I found interesting is the way the police force would use him to show that the police force is actually progressive, for example when he meets Tony Blair. I wonder how it fits into a larger theme about how cops are used as a kind of propaganda tool to whitewash the actual work the police is doing.

It was interesting to see that from him. In a very different context, there are Black people within the media that can relate to that. I can relate to institutional organisations trying to present that they are more inclusive than they really are and being asked to be the face of that inclusion. I think it’s a very difficult thing to speak to. On the one hand, I’m glad I’m being asked, but on the other hand, you know why you’re being asked and invited to do these things. It’s very difficult to hold those two things in the same space. He spoke to that with such honesty. The most powerful thing is his candour, speaking about things that people have experienced but usually don’t give language to.

You’ve been longlisted for a BAFTA. How does it feel to get this kind of recognition?

It still feels surreal to even hear the words that the film has been longlisted. And humbling, because thousands of films get made a year and it’s incredibly competitive. I was on a BAFTA panel last year so I have an insight into how painstaking it can be to decide which films to shortlist down. It was a real journey to get here, five years since we first met. Even making the film was a huge challenge, both emotionally and professionally, with so many setbacks so it’s hugely rewarding to be recognised in this way. I’m just trying to keep my feet on the ground.

The most powerful thing is his candour, speaking about things that people have experienced but usually don’t give language to.

There’s a short that I’m working on at the moment. We’re still in development on it. There are a lot of similarities between this story and The Black Cop, not that they navigate the same space or anything like that. It’s one person’s story about how they’ve been on a tremendous journey to be who they are. I feel like it has the real potential to have a similar impact. I feel I will be doing a few shorts for the next year, then hopefully move into longer-form.