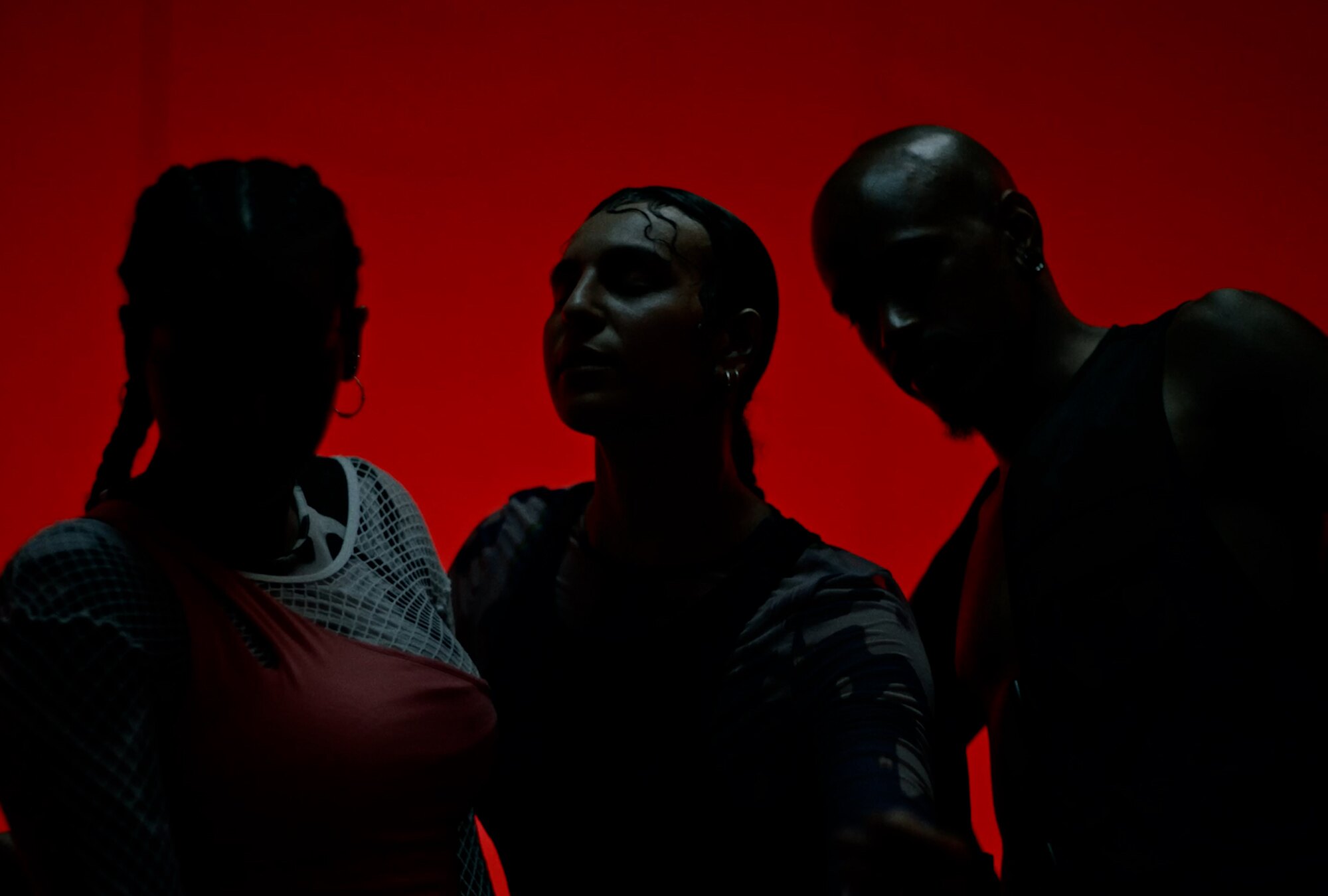 A Bath In My Mother’s Womb is a short experimental dance film adapted from a solo-piece of choreography by Dancer, Choreographer and Director Mona Namer. Namer and her Co-Director Sofia Aedo Zahou take the conceptual themes of birth, chaos and stillness and twist them into an impressively cinematic piece. One which is very much about notions of metamorphosis and the positive impact of introspection as a form of healing, with every detail in the film from the colouring, the costuming and the lighting, all feeding back into these grand, overarching themes which Namer and Zahou present with breathtakingly smooth cinematography. DN caught up with both Namer and Zahou to learn more about the project’s inception, the ideas and themes underpinning its beautifully glacial camerawork, and how Zahou’s background as a dancer helped her broaden her skill as a filmmaker.

What was the initial creative impetus for A Bath In My Mother’s Womb?

Mona Namer: A Bath In My Mother’s Womb was created through a solo-piece I choreographed and performed on stage in 2019 called Introspective with the same musical score as the film. During that time I was living in my hometown Gothenburg and I was sharing a studio building with the band Little Dragon. We became friends and had worked together earlier on some projects and when I mentioned my solo piece they were interested in scoring the dance solo. I got some songs from their archive and immediately the music gave me visions of various scenes, movements and feelings I wanted to go for – especially the intro part which gave me an image of this mysterious musical conductor leading a spooky opera orchestra.

The last transition in the film has this sound that made me think of glitter and that inspired the basketball hoop. I really admire Little Dragon’s form of creating this magical frequency in sound that is so inspiring for people to move to, it’s very unique and raw. So a lot of my ideas and choreography fell into place and developed together with the music and what I was going through internally at that time.

Was there anything that drew you to explore the concept of metamorphosis specifically?

MN: My friend had just done a study on the metamorphosis process and what stayed with me from her research was that if the caterpillar was interrupted in its stillness it did not evolve to a butterfly. Something with that story really resonated with me. That this transformation required such introspection and internal energy, made me dive even deeper into my own journey of dealing with trauma, identity, mental health and healing.

I believe the interdisciplinary form is present in my creation all the time and my different expressions are influenced and broadened by each other.

I feel like the plot of the film really depicts the natural cycle of the many species on this planet. We are born into a world and meet chaos and joy, at some point we crash – rest and get up again. From my own experience I started thinking of the mind as different portals – when I am in one mindstate and feel stagnated or confused there is always another portal that will open up and suck me into another direction and that will happen over and over again. It’s kind of the acceptance of letting oneself go through these portals where I think my own healing has started. 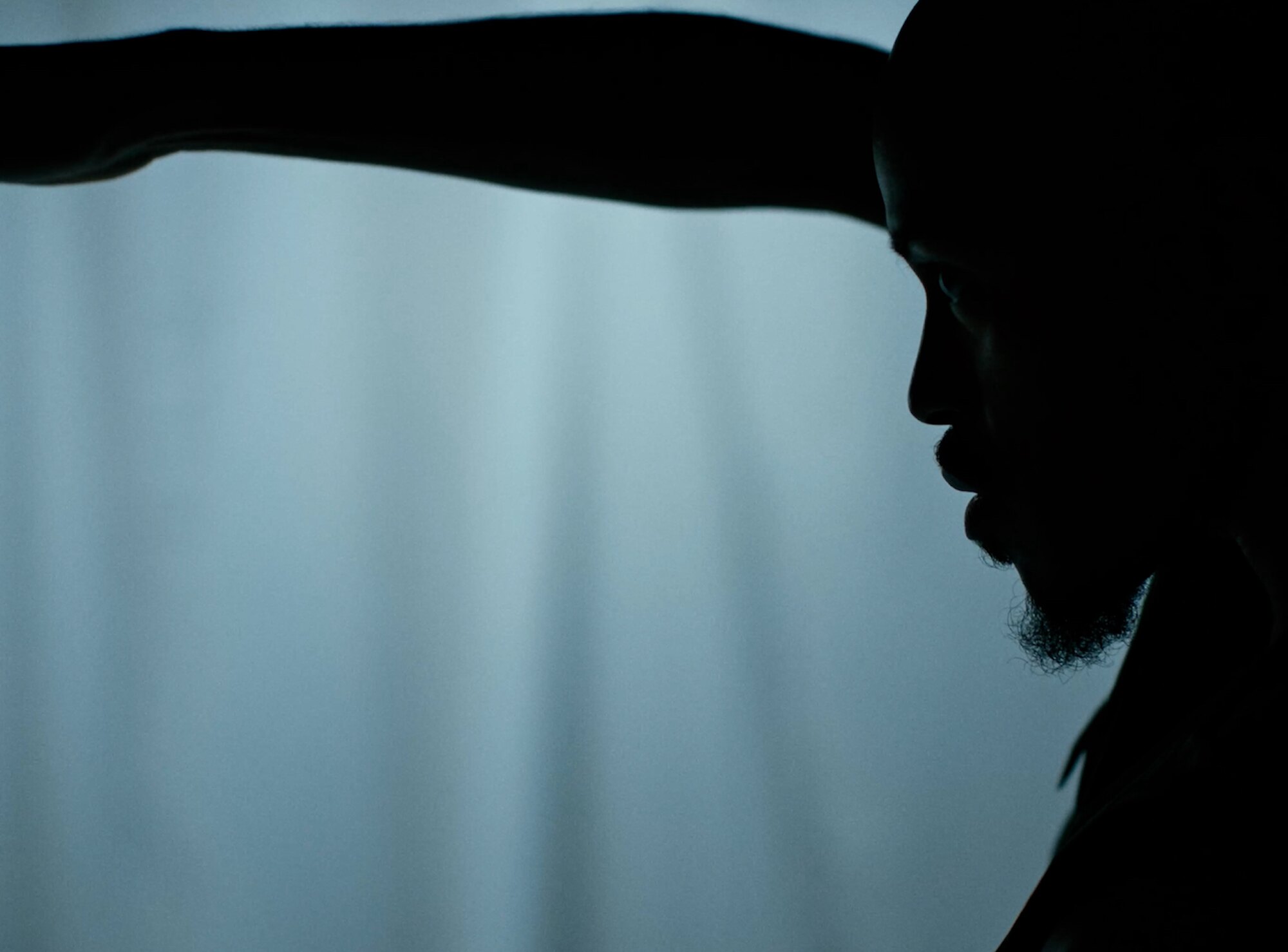 How did you find translating A Bath In My Mother’s Womb into the cinematic space?

MN: When I get an idea, I usually almost immediately think of everything in motion and image and visualize how the idea can be presented based on different media, and how they can be combined. I believe the interdisciplinary form is present in my creation all the time and my different expressions are influenced and broadened by each other. I usually squeeze out a theme in different stages and turn and twist my ideas.

Did you find that there was an overlap between this film and any other projects you’d made previously?

MN: I continued working with the body as a vessel and tool to translate my current journey, which resulted in a photography and collage series that I think really set the cinematic language for how the film looks today. The series WIMB: Where is My Body? explored psychological narratives, states of mind, and the feeling of floating around inside and outside of your own body. Using surrealism, the images reflect anxiety, vulnerability, and alienation. They also reflect the elected, or, in some cases, necessary escapism one uses to cope.

That’s definitely similar to the other themes of the film; the nature of dreams and introspection as a tool for self-healing.

MN: Exploring this world of dream realms made me note the necessary mental place as I drift away, to find strength and desire – and that’s a place of visualizing my dreams and my ability to see possibilities and how art, creativity and community can be used as tools to bind and build people and society. Being born in the diaspora and having this multifaceted identity in a country such as Sweden where being white is the norm, creates this kind of survival instinct and self-fuel to cope with systematic and institutional racism. That’s why it was very important for me to work with creatives and artists that also share this experience.

It’s a fairly expansive question but could you take us through journey of making the film from the initial idea conception through to the final edit?

MN: As I was planning to extend the solo-piece to a full-length stage production with an ensemble the pandemic hit in 2020. Live shows were cancelled and venues were shutting down so I decided this was the time to explore my interest for film and that year I started writing a script through choreography and applying for funding. It has been a year-long project from development all the way until finishing the film, and along with it I’ve had the pleasure to meet so many talented creatives that have helped me realize this piece.

I moved to Stockholm during my process of writing the script and got in touch with my friend and Director of Photography Mika Aberra to brainstorm ideas and how it could be portrayed in film. I had made sketches of the different scenes; Birth, Chaos and Stillness and how the dancers would move around, etc. Through dialogue and working in parallel with these two different perspectives of dance and film we talked a lot about how to depict this surrealistic essence and wrote down ideas of using blurry language, confusion and almost boxing in the viewer rather than serving a whole space in every frame. I wanted to explore our ability to imagine things we don’t see and also reflect a time of isolation, distance and longing in the way that the characters and the movement are very close up.

I finished the script and got my first funding accepted in December 2020. When I had received a part of the funding I started reaching out to creatives that I knew of and admire. Many of them I had met very recently upon my move to Stockholm and was surprised and happy to see how everyone was so excited to be a part of the film. I met the Producers Maida Krak and Amelie Svenstedt at a commercial I danced in and connected with them very well. The team started growing and I had the pleasure of working with Director Sofia Aedo Zahou. I rehearsed with the dancers and film crew for about three weeks both in a dance studio and some of the locations to see how the movement and choreography would flow. We then filmed during two days at three different locations.

What does the title mean to you?

MN: The title came to me two summers ago while floating in a lagoon on the island Gotland. The title relates to our mother, nature and water as a symbol of safety, transformation and the fluid we are born in, consist of and purifies us.

How did you approach the cinematography from a technical perspective? The camera movement is so smooth and echoes the overarching themes of the piece with its cyclical identity.

Sofia Aedo Zahou: The film was shot on Alexa Mini LF and most of the film is shot on technocrane because we wanted to be able to follow the choreography and let the dance and the movement throughout the physical spaces tell the story itself. We alternated a lot between smooth camera movement tracking the choreography, taking us further into the story and static close ups on sticks to get closer and capture the feeling as well as the abstract elements of the narrative.

Since the film is based on the cycle of birth, chaos and stillness the thought behind the flow of the film was to feel almost like an actual cycle, a loop that could go on and on again.

When planning out the visual flow of the film we wanted to really get close, so close we almost get boxed into the feeling, rather than the movement itself. The film is also very focused on transitions between these different ‘worlds’ that we touch upon starting with the womb, continuing out into the world of chaos and then into the water and the stillness of nature until their final dance. Since the film is based on the cycle of birth, chaos and stillness the thought behind the flow of the film was to feel almost like an actual cycle, a loop that could go on and on again. As the piece stems from a performance piece and is going to be a larger stage production, the film acts as a cinematic translation of that, where the viewer can explore and get very close and experience every feeling, every motion and also the scenery itself. 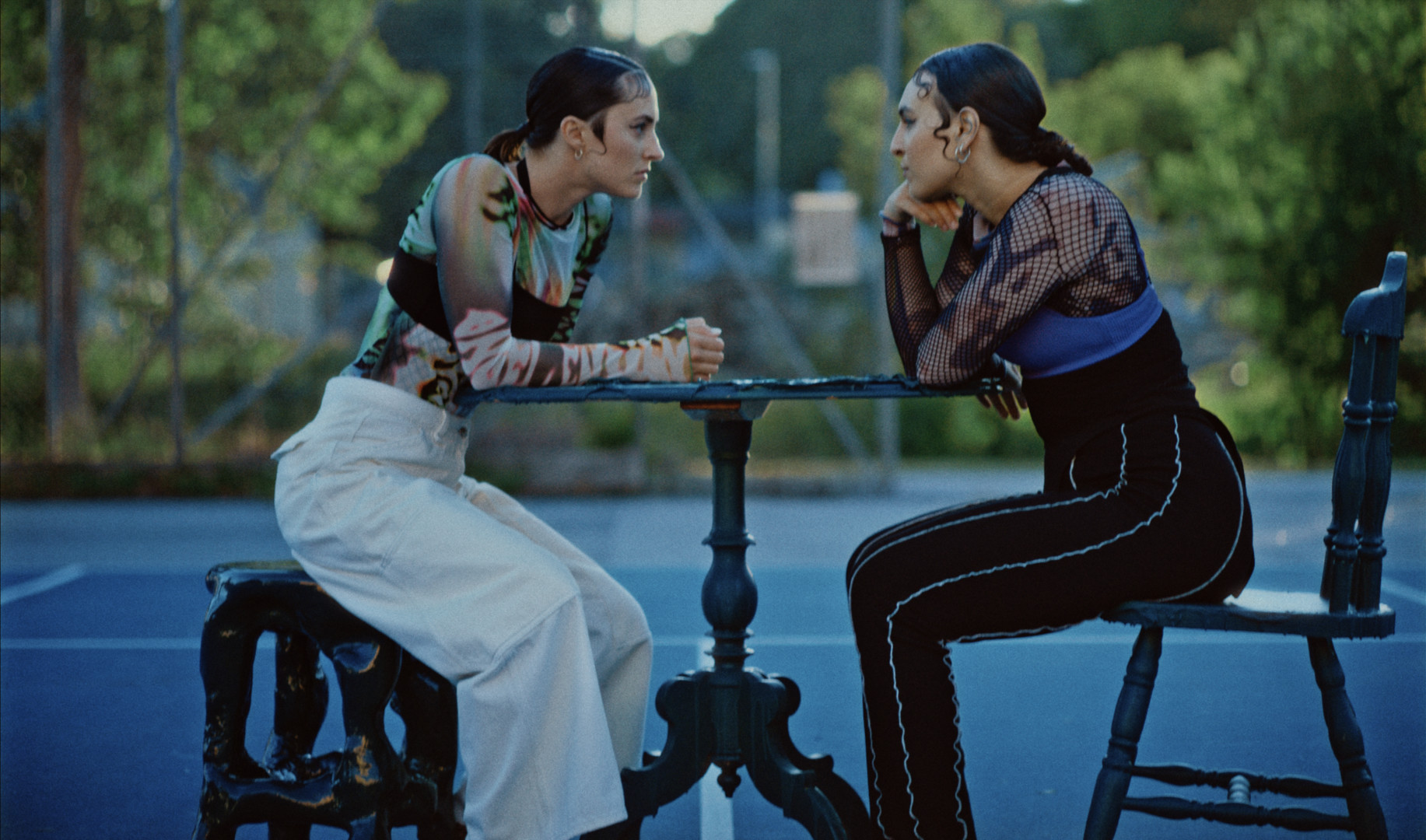 So is the plan for the future to expand the ideas of this piece into a larger production?

MN: Currently I am planning to extend the piece to a full-length stage production, working with this film has given birth to so many new ideas and dimensions in my way of creating performing arts.