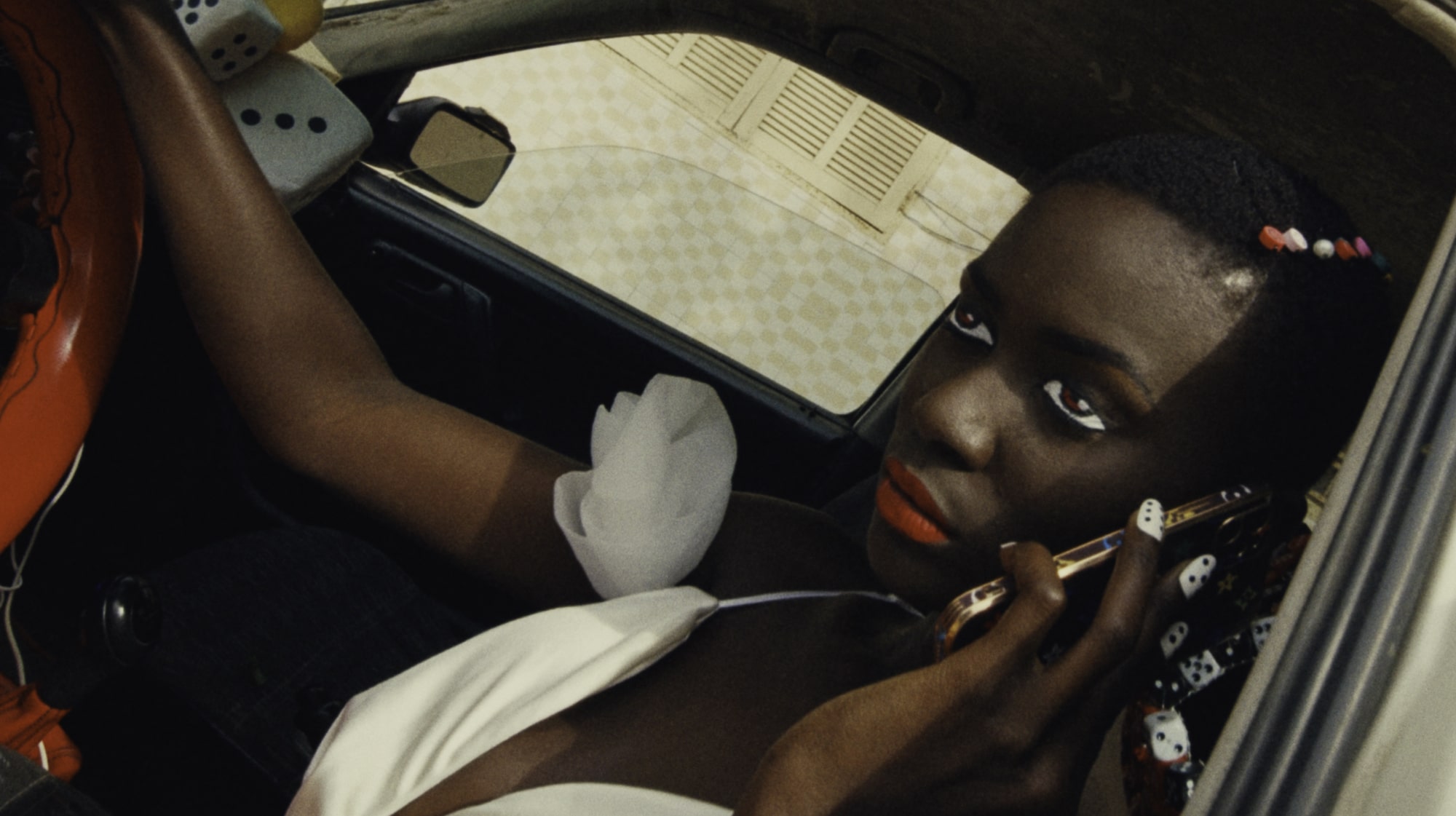 Every object feels gloriously alive in South African filmmaker Paul Ward’s vibrant and expressive surfing film Luck is Alive shot with a minimal crew on the sun-kissed Dakar coast. Commissioned by popular African surfing brand Mami Wata to explore surfing’s relationship to the philosophy of animism through the experience of young surfer Damme Samb, it is a truly wonderful riot of compelling, contrasting images, combining documentary footage with staged images, underwater and over-water shots with on-the-fly streetscapes, and fluid animation with awe-inspiring visual effects. Somehow managing to contain so much while never feeling over-stimulating, the final result magically and beautifully explores how much of life seems to be ruled by the whims of chance. DN had the privilege of talking to Ward about using an agile set-up, combining live-action with animation, and how the concepts of animism informed the free-wheeling approach of the film.

Are you much of a surfer yourself?

I’m not a surfer at the moment but at four years old, I moved from Johannesburg to Cape Town, to Muizenberg, which is sort of the only beach in Cape Town where you can learn to surf. I started surfing at five. It’s a big surf culture there so I grew up surfing a lot but I don’t surf anymore. Many of my best friends are still passionate surfers, but I moved on to different sports. But it’s definitely a culture that everyone is immersed in one way or another.

It’s much more than a surfing film, but the surfing scenes had to live up to the journey.

How did you end up in Senegal? Did you have the idea and go there or were you there already and met the subjects?

The film is linked to Mami Wate, which is an African surf brand. They are a clothing brand but have these creative projects. Their previous project was a book called Afrosurf, where they spent a year or two around the culture of African surf, especially north of Cape Town and more unspoken parts of Africa. I think, especially around Senegal, it’s very different from California surfing culture, which I think is what the world sees, with blonde, blue-eyed surfers.

The creative director of Mami Wata came to me with a story from the book they had made. Then we started working out how to bring the film to life. Senegal is quite famous, especially in 60s and 70s surfing movies, and people go there from all over the world to surf those breaks. That became the obvious location choice if we could make it because it’s not the easiest filming location. They have very small film resources.

What was it like filming so far away? Did you need a fixer to help you with all the permits and shooting there?

It’s certainly a long journey, flying via Ethiopia. We knew we had to bring heads of departments from South Africa but our crew only had five key people: a production designer, DOP, myself, an underwater operator and a producer. The Producer Jo Barber had worked there before and she had a really good connection with a fixer. That means that even in pre-production we had that key trust and reliability of someone on the ground. I had never shot there before, but the underwater camera OP had shot there before, so that was also a plus; he knew the water and the waves. Obviously, it’s much more than a surfing film, but the surfing scenes had to live up to the journey.

It’s very different from California surfing culture, which I think is what the world sees, with blonde, blue-eyed surfers.

It’s an incredibly expressive piece for a branded commission. Were Mami Wate very open for you to be experimental?

Yes, I think that was always the case from the beginning. They had made one film about five years ago when the brand originally launched, and they wanted to push away from a pure documentary aesthetic. Also, the idea really lends itself to the crazy and the surreal. You can take this idea of animism and push it into many different places. That’s what really excited me about this job. It was more than just putting up a camera, it was about taking the essence of animism and bringing it to life.

As the average person, can you explain to me a little bit about what animism is, especially in Senegal, as it is a rather broad religious belief?

I’m not the complete expert on it, but I’ll just explain my view on it. I think the Western world, sees things may be at face value. We also understand religion and the concept of the spirit, but animism believes that objects and thoughts have a spirit and a soul. For example, in Senegal they draw eyes and horses and horse heads on their taxis. From what I understand, it’s to give that object a spirit. It came about because when transport changed from horses and carts to cars, there were more accidents and injuries, and there was a belief in giving the car a spirit so it would be safer and stronger.

You can take this idea of animism and push it into many different places. That’s what really excited me about this job.

You said that you had a pretty small team going out there. What was the technical setup you chose to stay agile during the shoot?

We knew we would have to be small in terms of gear and stuff. Our DOP Deon Van Zyl worked really hard in pre-production on making those decisions. We ended up shooting it on a medium format Leica stills camera which has good video. It looks very small and tight, and also when you’re walking through space and don’t want to draw attention you can focus pull yourself. It was this very run-and-gun camera set-up but with a super high quality. Often on these types of jobs, it’s hard to direct when you don’t have VT, but I could use these modern apps to always see and direct talent on my iPad or my Phone. 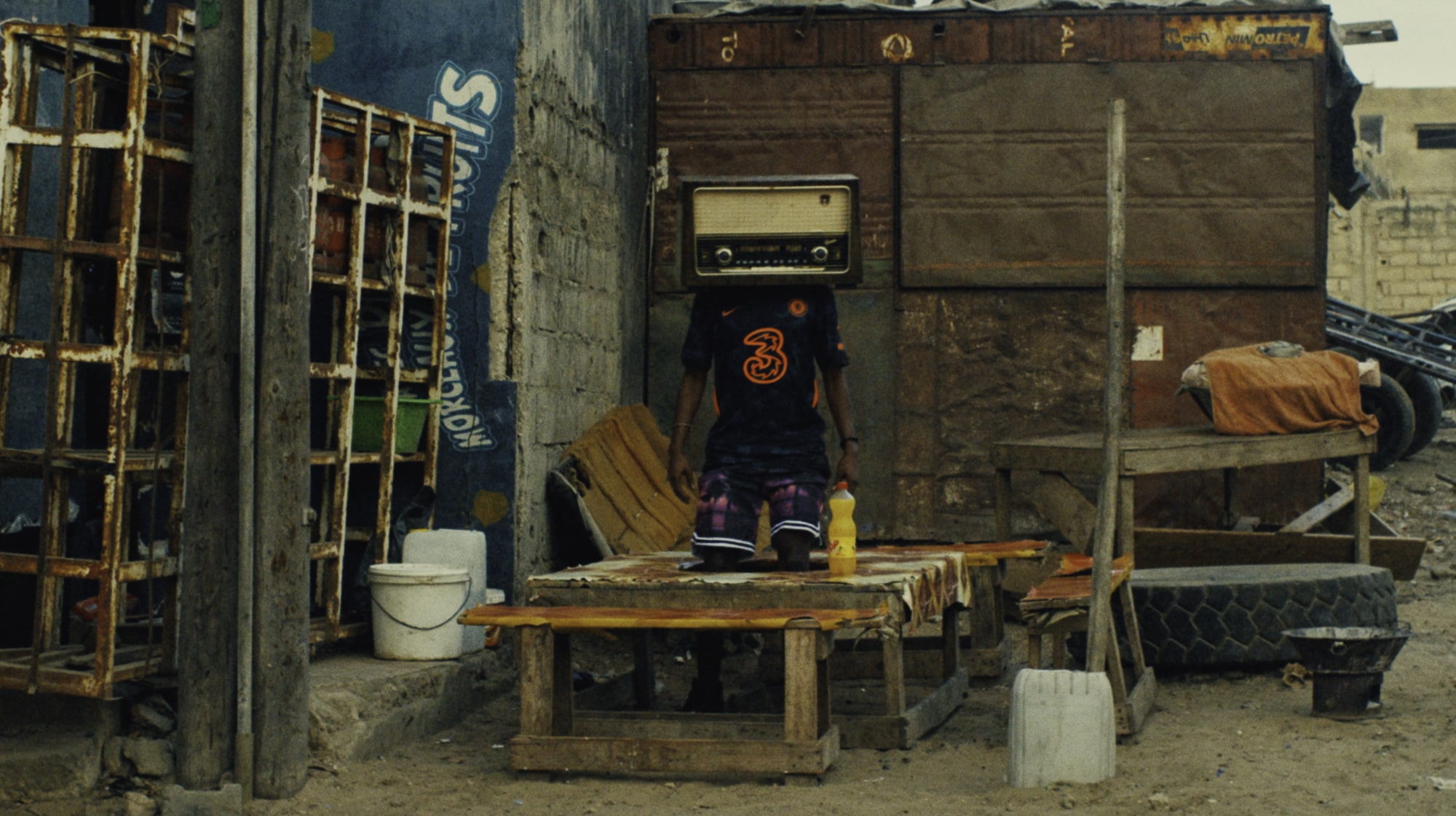 You also combine this with visual effects and rapid-fire animation. What was it like trying to put it all together into a cohesive whole?

The one thing that was exciting was this journey to the water. Once we enter the water, we enter a portal to another world. I was very excited by the idea of being able to push it into a surreal space. I’d worked with VFX artist Gavin Coetzee before and he was given the freedom to add to the project. We didn’t exactly know how it would look, but we knew the kinds of beats we were going to hit. It was tough to bring it all together but it worked out really well. So a bit of luck and a bit of craft to bring it together.

I was very excited by the idea of being able to push it into a surreal space.

I’m actually in pre-production on a commercial, a very exciting one with a big South African. I took a break due to personal reasons, so this is a good opportunity to dive into something creatively. I think having that balance of passionate jobs and big commercial jobs is something I love and is so exciting as a director. I like both sides of the sword, but you can’t keep stuck to one for too long.