The creative boundaries offered by music videos are expansive and offer endless scope for innovation so when Director Leo Gorenshtein was asked to direct the promo for the Russian rap group 3H Company, he wasted no time in creating a bizarre surreal world which embeds concepts far larger than its running time. A filmmaker recognised for the commercial content he creates for well known brands, his passion for breaking the mould and desire to explore multiple genres simultaneously shine through in Adequately. Taking advantage of the full creative licence he was provided with, Gorenshtein has produced a stunning video with an embedded message of resilience, rebellion and anarchy. We spoke to the Tel Aviv based director about his love of exploring the possibilities and challenges of single shot blocking and why he feels the need to question that which the majority of us are guilty of merely accepting.

How much direction were you given in the commissioning of this project?

Nikolai Nikitin is the creative producer of Bites as well as one of the co-authors of the screenplay. We pulled out some key lines from the lyrics and wrote a brief, our goal was to produce a psychological thriller with a general anti-regime message. We wanted the piece to be riddled with anxiety and paranoia and all based in a fascist small town where the problems we see in that micro-world emanate outwards. Based on these feelings, we created an absurdist, Kafkaesque piece that oscillates between a wedding and a funeral.

Our goal was to produce a psychological thriller with a general anti-regime message.

We worked together very closely to develop all the characters, screenplay twists, and hidden meanings. We wanted it to be sticky, unpleasant, synesthetically repulsive and as one of my friends wrote: “This movie smells like an old carpet.” which is exactly the feeling we wanted to convey. Once the guys from 3H saw what we were putting together they gave us carte blanche moving into the filming and production.

Could you tell us more about further developing the idea from your rather intangible brief?

It soon became clear that telling such a story in modern times wasn’t the best solution. We specifically chose the mid-80s in the USSR as a time very similar to ours. The withering of the regime, anger, and total surveillance of everyone. It must be said here that we finished work on the film before this terrible war in Ukraine and as time passed, we were horrified by the fact that the world never changes.

The Tenant by Roman Polanski or Barton Fink by the Coen brothers crossed my mind immediately and I also wanted to question certain mythologies. The big myths had to be encrypted in the context of that time and we had to mix them up as naturally as possible. For example, Charon (Father of the Bride), instead of taking a fee for passage to the world of the dead, on the contrary, pays the main character for his ‘work’. We also played upon the myth that if a sleeping person is photographed, you steal their soul.

The red saturated images add to a feeling of chaos and the previously mentioned anxiety and paranoia, what’s the narrative logic behind that stylistic choice?

The red filling color in most scenes plays not only a dramatic role but also a subconscious one because our story is also about fatalism. On the one hand, it was necessary to preserve the cinematic language of the time and on the other hand, we had to show the altered state and for it to be relevant. Therefore, the Director of Photography Andrey Maika and I chose several lenses. The key was an Arri standard prime 12mm lens on a regular Alexa Mini as it provided us with a cool vintage feel and has a very wide lens. Also, before shooting, Colorist Alexander Zolotarev made a LUT for us, which imitated the old Soviet Svema film.

I understood that we would need to mix professional actors and eye-catching real people, friends, or acquaintances.

I was also taken with the natural flow and style of the scenes around the table.

I love to make long one-shot blocking as it brings a lot of life and true feelings and the cameraman had to be transparent. That’s why we moved out the extra people from the set, leaving only the cameraman and actors. Our DOP loves to use a very simple rig and a camera. Andrei has a huge documentary background, he catches authentic massive portraits very fast. A lot of things that you can see in the final cut were not in the screenplay, they came to us on set. And it was very important to save this natural feel of the mid-80s.

Where did you find your interestingly varied cast of characters?

It was not a trivial task to choose actors for this video. Even at the stage of creating the concept, I understood that we would need to mix professional actors and eye-catching real people, friends, or acquaintances. We had been looking for the lead role actor for a very long time and eventually discovered Kirill Yakushenko. He coped with the role of a ‘superfluous man’ perfectly. Such characters were popular in the 70s in Soviet movies, and are now appearing again with much more regularity. Most people at the festive tables were found by chance. We asked our friends about their parents, friends of friends, etc. and people I know of from my work in advertising. For example, Anna Astashkina, whose character sleeps during the feast and wakes up, only to scream “Gorko” (meaning “bitter”) and screamed regularly at the wedding when the bride and groom kiss gave us a lot of material.

It’s important to catch the attention of the audience but then, you go upstairs and meet the big idea.

How difficult was it to track down and then dress your locations for the video?

One of our main tasks was to show two different apartments, one underneath another. We had to create the same layout but with different furnishings. We found an abandoned old boiler house on the outskirts of Moscow on the Sverdlovskaya Embankment. It was a one-floor building, without heating (boiler without heating ha-ha) and on the first day, we shot all the festive scenes. The next day, our art department team changed the wallpapers and other props, and also prepared the twin room. All props were found at flea markets and carefully taken from famous collectors. We struggled to find typical wallpapers from those times so we printed our own. 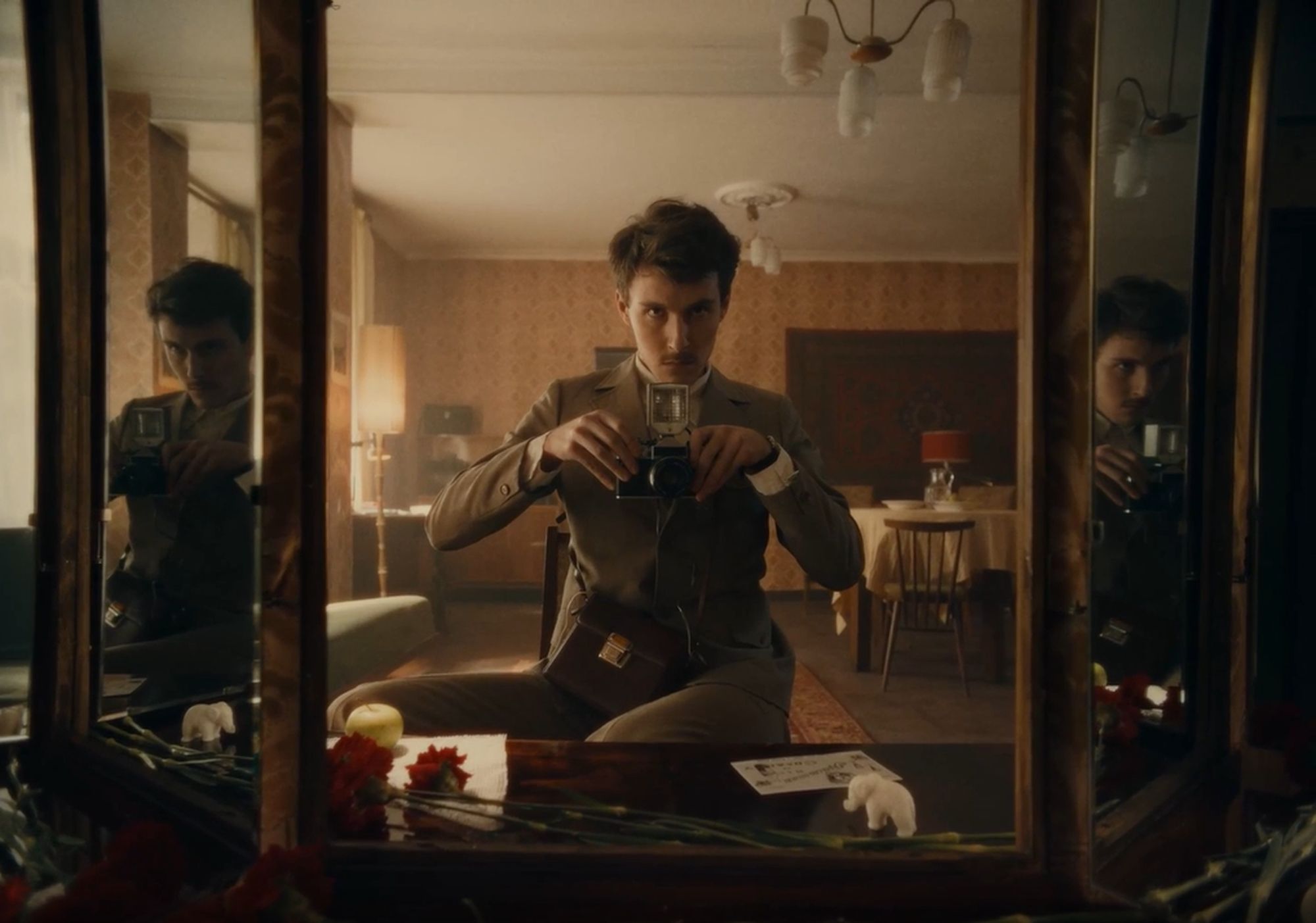 And finally, why do you feel it’s important that your films convey larger concepts which extend beyond the bounds of their immediate themes?

I always try to hack every film I see. I ask myself: what is the movie about? And what is the movie really about? I think it’s really important to have 2 levels. At the first level, you witness the attractions, entertainment, screenplays, twists, and so on. It’s important to catch the attention of the audience but then, you go upstairs and meet the big idea. Something that makes you consider the film in a more serious light and question what you are actually viewing.