The sheer joy of music videos is their ability to transport you right into the heart of the onscreen action regardless of where you are at the time, which is exactly the feeling I got when watching Scheme Engine Director Wendy Morgan’s Kisé. First showing up on our pages way back in 2012 with rousing old school tent revival video Happy (which has clocked up north of 23M views), her latest collaboration with Congolese-Rwandan-Belgian singer-songwriter Lous and the Yakuza is a raw, sensory film where the images playing out on screen are just as energetic as the music pulsing through your body. Lous and the Yakuza first garnered widespread attention with her 2019 tracks Dilemme and Toute est Gore, both of which were also directed by Morgan. It’s a long-standing, fruitful working relationship which has this time around brought to fruition a slick, glossy video that’s effectively punctuated with home-video style footage and captured in feverish yet silky camera movements. A strong sense of style and purpose envelops the leading lady with Morgan skillfully exploring the different sides of an artist in her expression. Wanting to know more, we spoke to Morgan about the creativity, trust and collaborative ease to be found in such a substantial professional relationship and how she drew upon the artist’s inspiration in the execution of the video.

You’ve directed a lot of material for Lous and the Yakuza, how did Kisé come to form?

I have a long-running relationship with Lous. I made her first music video in 2019 for a track called Dilemme. We bonded and loved working together so much that we have since shot another six videos including Tout est Gore which we shot in NYC and Amigo which we shot in Normandy. Kisé, shot in London, is our seventh collaboration. It’s become quite exceptional as we have come to understand and respect each other to the level where we can almost always come to a joint decision we are both happy about.

The lyrics for Kisé had some very clear concepts we wanted to lean into. With this close connection with Lous I asked what it was really about – the emotional place it came from and with her insights and lyrics, which are always really poetic, it came together.

It’s become quite exceptional as we have come to understand and respect each other to the level where we can almost always come to a joint decision we are both happy about.

Can you pull out any lyrical points that you decided to focus on when envisioning visuals for the track?

The song is everything for this video, we are taking the tone, the feeling from the song, as well as specific moments and memories that Lous details in the song. She talks about one night, a connection, and the feeling of being in a mosh pit, feeling fly, going all the way. 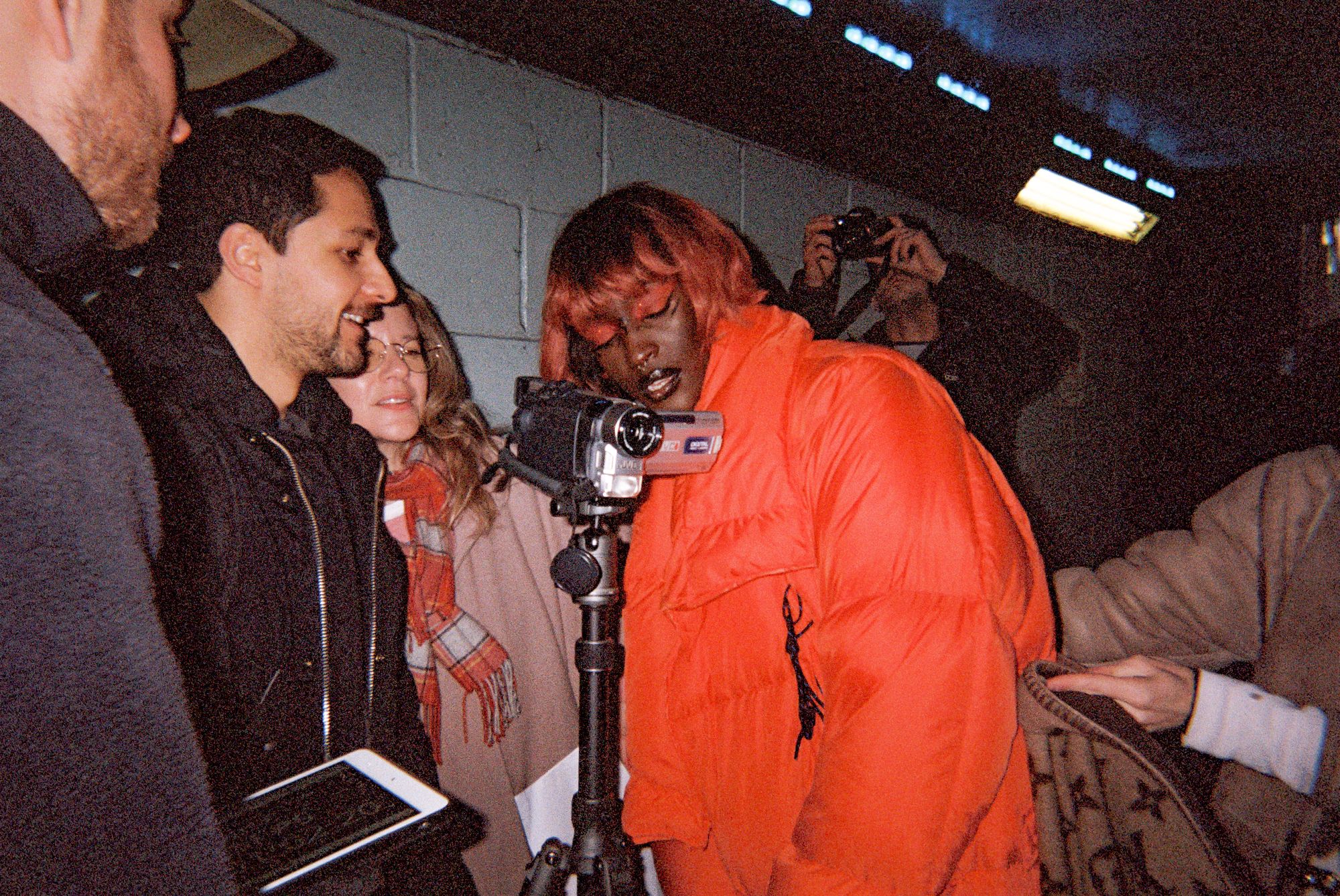 To take a specific example from the lyrics “We’ll have to think of a signature, a pact, so that at night, we don’t end up worried, you are my territory” In this part of the video, we have a scene between Lous and the other protagonist in the video. They face each other and write the word, “never” and “jamais” on each other’s arms. We used split screens and snap zooms to make this exchange more musical versus narrative.

What inspired those split screen sections?

A lot of Lous’s inspiration comes from Japanese Anime and I thought the split-screen was helpful in communicating that idea. Also, I wanted certain parts of the video to show the many different sides of Lous all at once.

I love the vibe of everyone surrounding Lous in the video, what were you looking for when casting that mosh pit?

We wanted people who fit in the universe we had created for Lous, who had a dance background and essentially people who would have an easy time getting hype! In previous videos, we had always cast a group of males to represent the Yakuza in her name. In this video, which is the first for her second record, we stepped away from that idea and went for a more diverse group. We had a great day with them.

I love the unfiltered creativity you can find in music videos, a chance to create something more sensory.

There is a great mix of highly graded, produced shots mixed in with more home video style footage. What gear did you use to capture those divergent aesthetics?

For the more stylized images we used, Alexa Mini LF with Optex Excellence and Zero Optik Canon Ssc Aspherical lenses, and for the home video-looking shots, we used a vintage mini DV Handycam, which was a JVC GR150E. 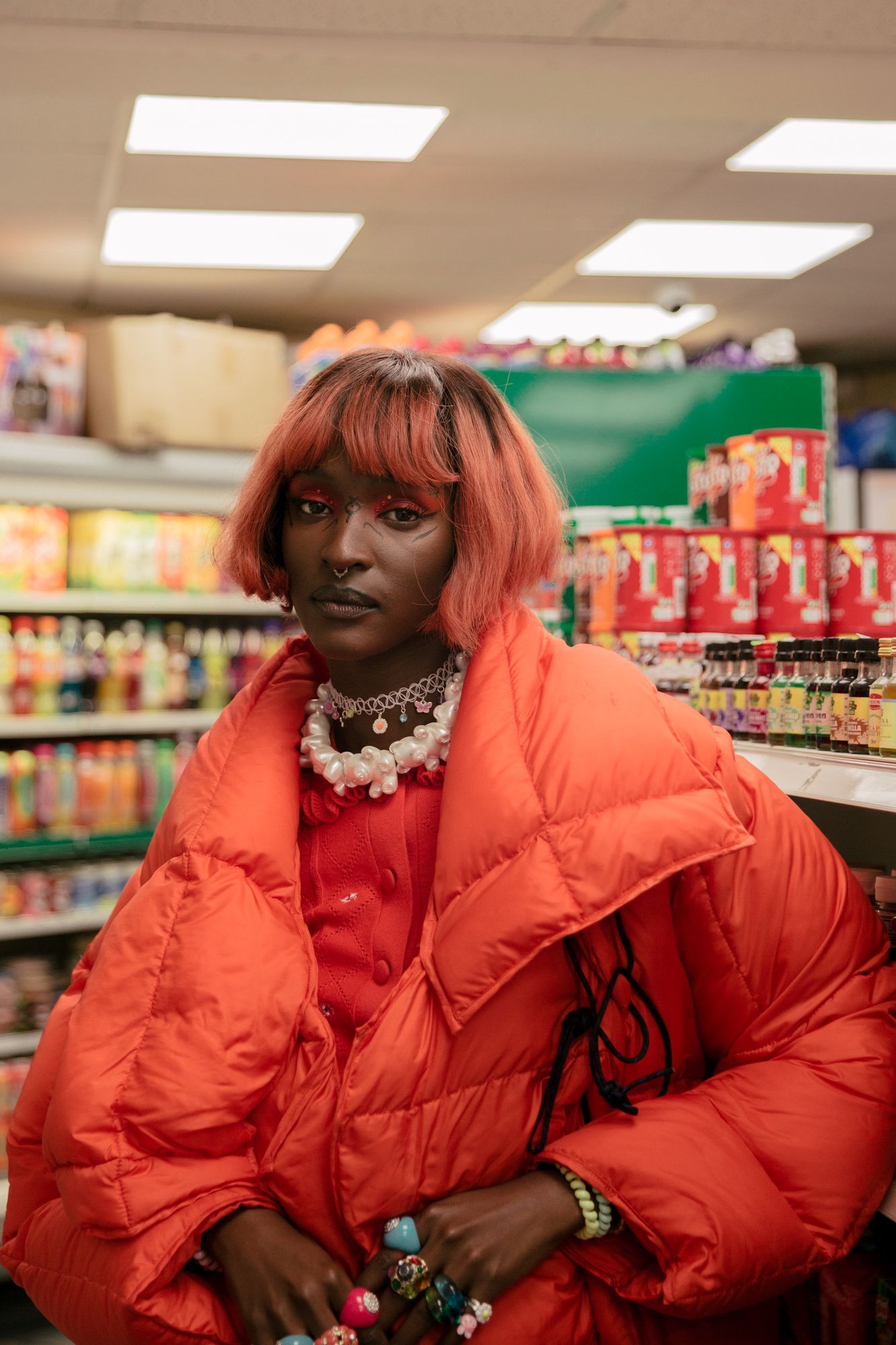 You’ve been part of the creative promo landscape for many years now, what is it about directing music videos that appeal to you?

I love the unfiltered creativity you can find in music videos, a chance to create something more sensory. With music videos, I’m often trying to inject story, tone and emotional direction. The things you are aiming to find in your narrative work, things change from project to project but you are always hoping your voice and personal style are shining through in the work.

I’m working in the television space and towards my second feature film. Music videos were my first love and that affair is not over either!