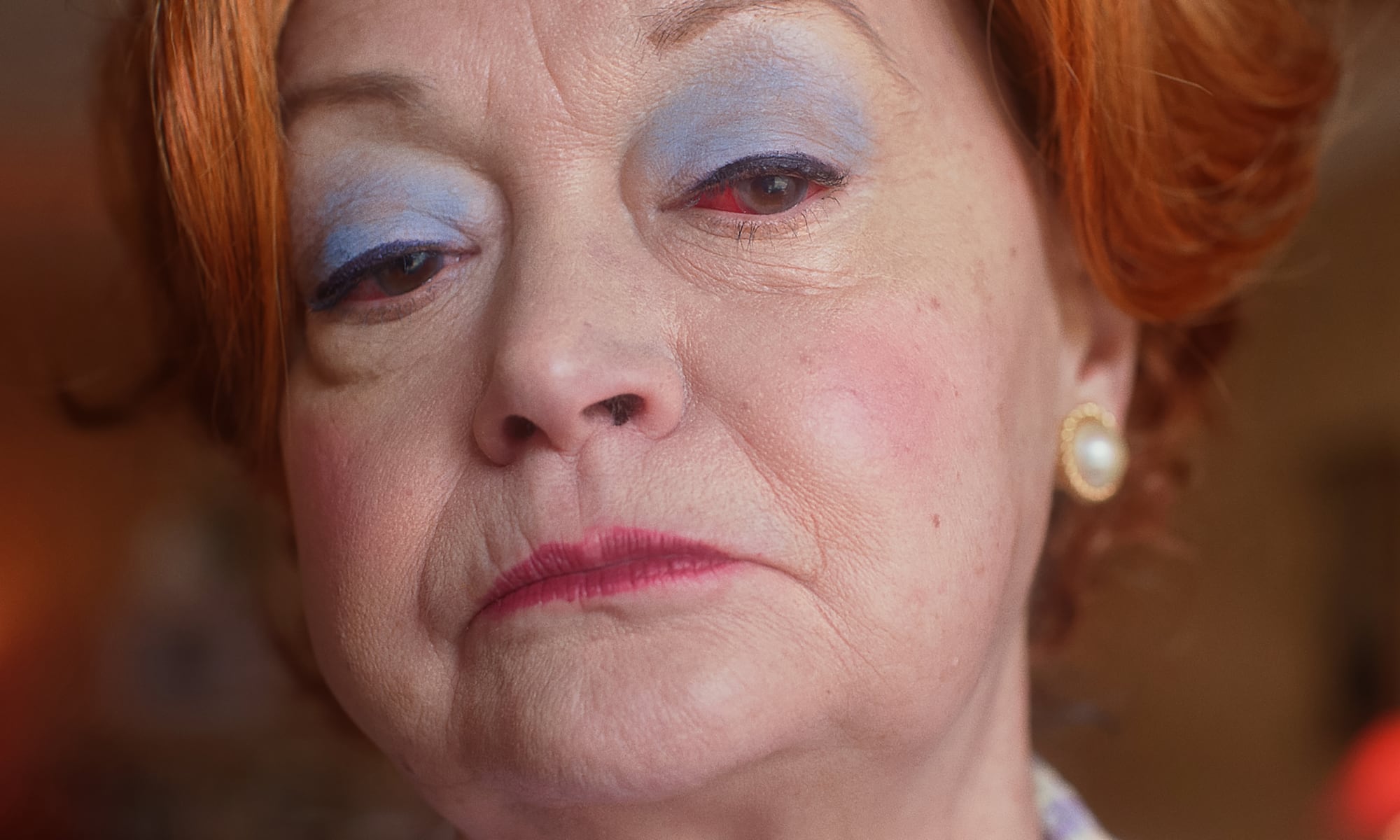 DN last spoke with filmmaker Émile V. Schlesser last year for Superhero, an endearing portrait of a young man with Downs syndrome who adopts a heroic identity to confess a lifelong love. At its heart, it was a humbling drama about the masks we all choose to wear on a daily basis. For his latest short Kowalsky, however, Schlesser has successfully flexed his directorial abilities and ventured into a genre that couldn’t be further from the charming textures of Superhero, the world of comic satire. The film is a darkly twisted comedy about the toxic masquerade between the mother and son of a wealthy family whose fortune is crumbling around them. DN is pleased to share Kowalsky for our audience today alongside an informative conversation with Schlesser where he outlines the melting pot of genre conventions that Kowalsky was born from alongside the screenwriting challenges he faced in creating unlikeable yet compelling characters.

Kowalsky is a jump both in narrative but also in tone from Superhero, where did it start for you?

The first impulse was a formal one. After my last short Superhero I had the urge to do something completely different, explore other flavours, another visual language. I wanted to create a world that’s artificial, orchestrated and somewhat camp, and play with those facades if you will. I wanted to have fun with style, textures and palettes, and mash together a tasty blend of genres. I used to work as a cartoonist for newspapers when I was a teenager, so I have a thing for dark humour. At the same time, that Hitchcockian grammar for suspense is something that excites me enormously. Psycho had a huge impact on me. I think it shows. As did Whatever Happened to Baby Janee by Robert Aldrich. Kowalsky owes a lot to the Hagsploitation genre, although I prefer the term Grande Dame Guignol. During the writing process I kept going back to these films, especially the early 1960s era. They were cheap and dirty and evil, but just so much fun. There’s definitely some of Bette Davis and Joan Crawford in the character of Mimi Kowalsky.

I wanted to have fun with style, textures and palettes, and mash together a tasty blend of genres.

How did you make sure that your characters had depth and didn’t just become caricatures of those performers?

On a deeper level, the characters are based on people near and dear to me. Most of what happens in this film is rooted in my own family and a few actual tragi-comic occurrences. I know these characters and their situations very well. Until recently, that’s what I thought they were, caricatures of my relatives. In retrospect, I realize that it was actually about my own fears and what I was going through at the time. I had to poke fun at my demons, in a way. I must have been too much of a coward to confront these fears head-on, so it had to happen in a playful manner. It’s like a wacky cathartic nightmare where deep-rooted problems bubble up as symbols and metaphors.

They’re both clearly quite flawed but also so compelling. How do you ride that balance?

I think the biggest challenge was to portray the main characters in a way that the audience would follow them since they’re both so selfish and unlikable. I actually love unlikeable characters, but you still have to show the motivation behind their despicable actions. Before and during production, I spent a lot of time with the actors, Raoul Schlechter and Josiane Peiffer, to figure out their cadence and behavior. Their performances were crucial. Much of it was finding the sweet spot between sincerity and fakeness since the characters are constantly lying and pretending. It was important for us to not judge them, even if we didn’t approve of what they did or said. It eventually came together in the edit but for a while, I wasn’t too sure if that balancing act was going to work.

How long was the shoot and similarly preproduction? I read that you shot this during a tricky time in the pandemic.

We shot it in five days, but preproduction took forever, due to the countless delays we had to endure because of the pandemic, which then created scheduling issues, etc. So I used that time to prepare meticulously. I love that part where everything is possible, and you still have that initial childish excitement, mixed with nervousness about how it’s going to work. Visualizing it in every last detail is just so much fun. I collected tons of references, created look books and a playlist with mood music. I made storyboards for the entire thing, which I then animated and edited, adding dialogue, sounds, and temp music. So we basically had a finished animatic of the whole film. Even if it was pretty rudimentary, it helped get everybody on the same page and get them excited for the shoot.

Then, of course, reality kicks in and throws it all out of orbit. It’s great. All of a sudden, you see the stuff that seemed to work so beautifully in your mind, looks like shit when you try it out. You need to embrace that. I love to be surprised by the actors and what everybody brings to the table. I always think of a film as a wild animal that you try to tame, but eventually becomes what it needs to be.

I think the biggest challenge was to portray the main characters in a way that the audience would follow them since they’re both so selfish and unlikable.

The production design of Kowalsky is packed with hints about these characters, was there a specific approach you took in terms of detailing these people through their environment?

The production design is probably where we had the most fun. We went to great lengths to make sure the textures and minutiae were not just interesting and lush but conveyed a sense of a coherent world that makes these characters feel like they actually lived in this place all their life. A lot of love went into every little detail, and thanks to the pandemic-related delays, I had the time to create elaborate mood boards and look books for the world I wanted. I then shared these with our Production Designer Audrey Dhyvert and her team, and they came up with so many incredible ideas and suggestions. I think Audrey really enjoyed working on this project because she really put some serious thought and energy into this.

The overriding tension between them is almost like a third character. There’s that constant uncomfortable atmosphere always in the background.

This film is all about atmosphere, so the music plays another key part. I really took my time on this. I basically put myself in lockdown with my piano and Ableton for a month. I was all into Bernard Hermann during prep, so I had a precise idea of where it needed to go. The rhythm of the music had to echo the ticking of the cuckoo clock, which plays a central part in the film, metaphorically as well as plotwise. Unconsciously, the cuckoo clock is present throughout. It was vital to find the right tone and mood. The score is like the special adhesive that glues all the other parts together and makes it all feel like one solid piece. I think it sells the atmosphere, where you know from the start that this isn’t going to be just slapstick comedy. Something evil is lurking in the dark.

The score is like the special adhesive that glues all the other parts together and makes it all feel like one solid piece.

What are you hoping audiences get from watching Kowalsky for the first time?

Kowalsky is not exactly meant to be sweet and pleasing, nor is it a character study. You might call it an “exercice de style”. If we did our job right, people will hopefully enjoy it as a searing satire with unexpected twists and turns, and an engaging mélange of different flavors. For those who want to dig deeper, I added layers to be discovered, details might only reveal themselves on a second viewing. At the very least, I hope people will be entertained, gasp and have a chuckle or two.

The move from Superhero to Kowalsky is quite the stylistic jump, can we expect another equally ambitious move for your next creative project?

I want to tackle my next big step, which is a first feature. I think I’m ready now. I’m currently working on the script. I also have two projects for TV shows in development, we’ll see how it all goes. In parallel, I’m staging a large-scale immersive audiovisual spectacle called Synaesthesia, in collaboration with a well-known Luxembourgish Jazz trio, for the European Capital of Culture. I like to keep busy. Making up for lost time.