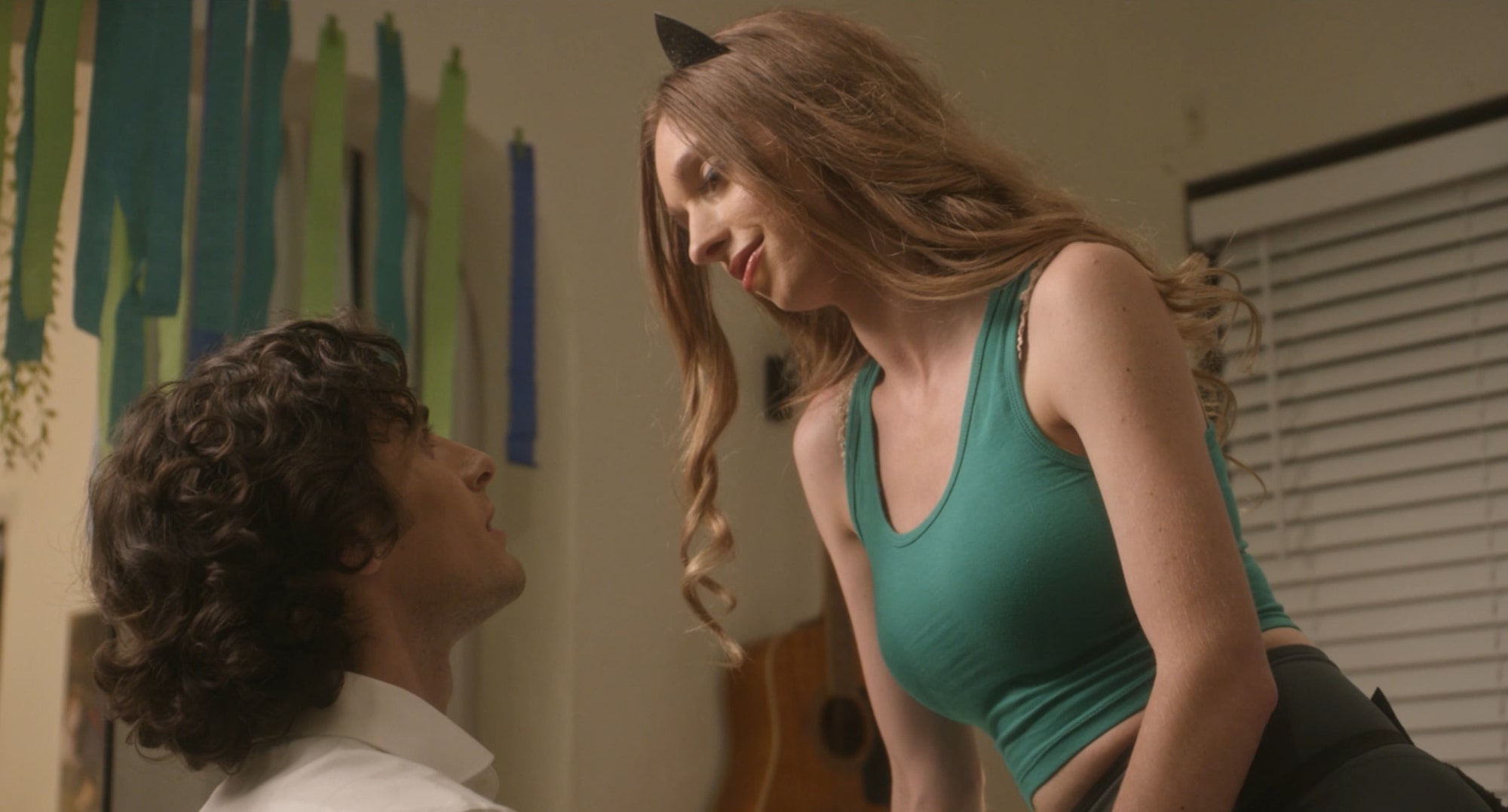 For certain men of a certain age, being invited into a flat seemingly exclusively populated by young ladies is nothing short of a dream come true. But the sweetest of dreams can so often turn into the most acrimonious nightmares. Inspired by the westerns of Sergio Leone themselves comedic parodies of the genre’s conventions, DN Alum Jens Josephs – who last joined us with satisfying meta-fiction short Getting There – uses its tropes to create a fresh and funny take on a man out of his depth in new film A Man’s World, featuring a seemingly banal argument over a cat’s birthday party that descends into a delightful farce. Made during the height of the coronavirus pandemic in an L.A. flat, it excellently uses its one location to its advantage, circling through ideas and movements, recriminations and defensive postures with ease, playfully puncturing masculine ideals in the process. We had the chance to catch up with Josephs and talk to him about paying homage to classic tropes of the western genre, set design over FaceTime and playing with the comedy inherent in gender taboos.

So is this really based on a true story?

It is based on a true story. All the people’s names have been changed but all the cats have their real names. I’m actually looking out right now and I’m still living in the same apartment. I walked into something I wasn’t prepared for. A drama that had been brewing for probably months and months, and I just kind of came in right at the moment where it all broke out: a crazy roommate’s fight involving a cat’s birthday.

You use the western genre to anchor the piece. Did you do a lot of research into classic tropes that you could play around with?

I always loved westerns. I took Western classes in college. Most of the references are from things that were ingrained in my head since then. I think I wrote this when I was back home during the pandemic, and I was watching The Good, The Bad and the Ugly and all the Sergio Leone movies and trying to pick, not all of the tropes, but the ones I liked the best.

I did notice the epic Leone close ups! You also have this shouty music which sounds like Ennio Morricone. What was it like finding the right music and then updating it to work in a modern context?

I used the temp music from A Fistful of Dollars, and I had my dad, who is a film composer, do a variation on that score. But actually, the original cut was about a 25 or 30 minute film, and I really milked all the long stares in that cut. I showed it to friends and family and I don’t think they liked it or got it. 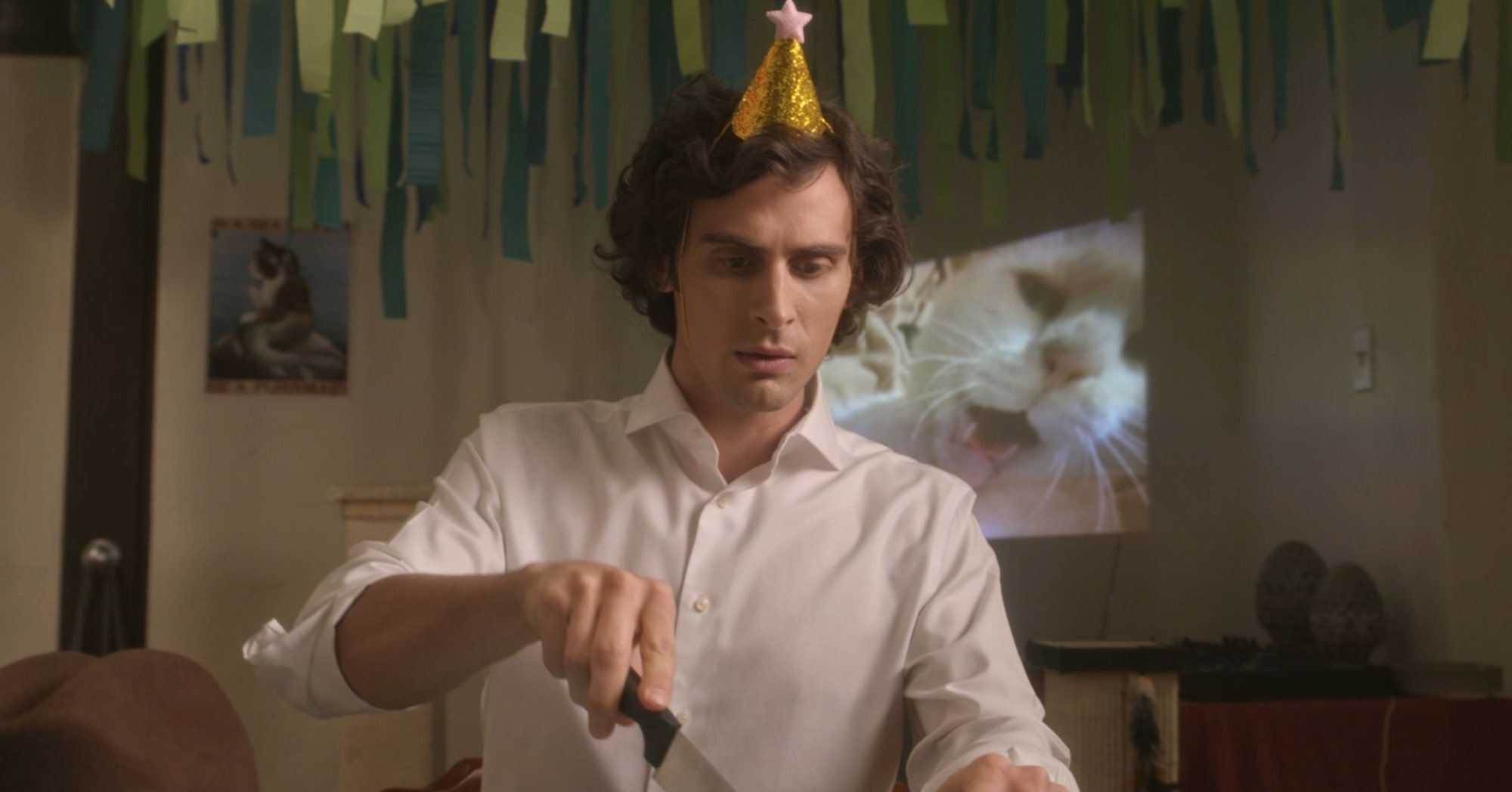 How long was the edit so you could get it quite snappy? It almost feels like it’s over before it begins. What was it like finding that rhythm and making that rhythm work in a comic way?

I guess I thought mostly about my own sense of humour. I thought if I were this film standing in front of an audience, what would I want to do exactly at this or that moment. How long would I want to hold it? So I guess, I made myself as the film and sort of performed it to my imaginary audience and just kept editing it to that beat.

It is based on a true story. All the people’s names have been changed but all the cats have their real names.

It’s funny because it’s called A Man’s World, but the final product is anything but. Was it quite funny to explore that dynamic where the men are taking a backseat to the action?

I think the metaphor was somewhat like that of Circe, but instead of changing men into swine, they were supposed to be changing men into cats! I think I even put her poisoning of the ocean and another print of the sea nymphs on one of the walls. I tried to make it sort of an underwater theme. But I guess most of my experiences with domestic problems have always been around emasculation. I think there’s something very funny about male emasculation, especially right now. Many movies are about women’s empowerment and those sort of things, but they haven’t really tapped into that or hit that joke as hard as it could be hit. And there’s something also slightly taboo about it, which I think is very funny.

The film is very visually interesting despite only being set in one location. How did you approach things visually? Did you do a lot of storyboarding or pre-blocking?

We went in there with just myself and the actors and we initially blocked out the scene in the space. Then I pre-shot the whole thing on my iPhone, looked at the frames, and then thought of which things I would like on the wall here, or this shot or that shot, in order to tell a story. Then the set design developed around the blocking.

What was it like designing the set itself? The flat feels particularly lived in but also rather zany and off-kilter…

The set designer was my mother! I communicated with her over FaceTime. Probably the same way that a college kid decorates his apartment, you know, I had my mum on FaceTime. I just asked her: “Does this go in this part of the room mum, and how high or low?” The whole set was done this way, and it was all done during that terrible time in the pandemic where we all had to wear masks and we were actually all scared. So that part of it wasn’t fun. On top of that, one of the neighbours had a tiff with the homeowner and I think she was going to call the cops on us for not having a permit for shooting. So I was trying to keep everybody in the house as much as possible and not have the crew spill out into the street in-between takes. So it wasn’t a fun shoot.

Many movies are about women’s empowerment and those sort of things, but they haven’t really tapped into that or hit that joke as hard as it could be hit.

What adds the extra, zippy layer to the film is the sound design. For example the sounds of the typewriter during the inquisition scene! Did you think about the sound design before shooting or was this something that you developed in post?

I definitely thought about it before. The horror element of the sound design came after a friend of mine watched it and thought it should be a horror film. I thought: “That’s probably a good idea.” So I used a lot of risers. As far as all the Western sounds, like feet on the floor, and breaths, and the mouth not being hydrated; I think in comedies and those Sergio Leone Westerns, which I think are comedies, it heightens every sound. I guess a good example was the little cat toy that spins around in the room. I was thinking of the opening of Once Upon a Time in the West with the waterwheel. I thought I could do that with a cat toy.

What are you working on next? When we last talked you mentioned some feature projects…

I’m still working on the feature La La Land 2. I’m not worried so much about the title being a legal problem anymore. I think Damien Chazelle will just find it funny. That’s definitely happening. I’m also doing a documentary on my friend who has the record for auditioning the most times on America’s Got Talent. He dresses up every year as a different animal and does the exact same bit. I’m doing a documentary on his life.