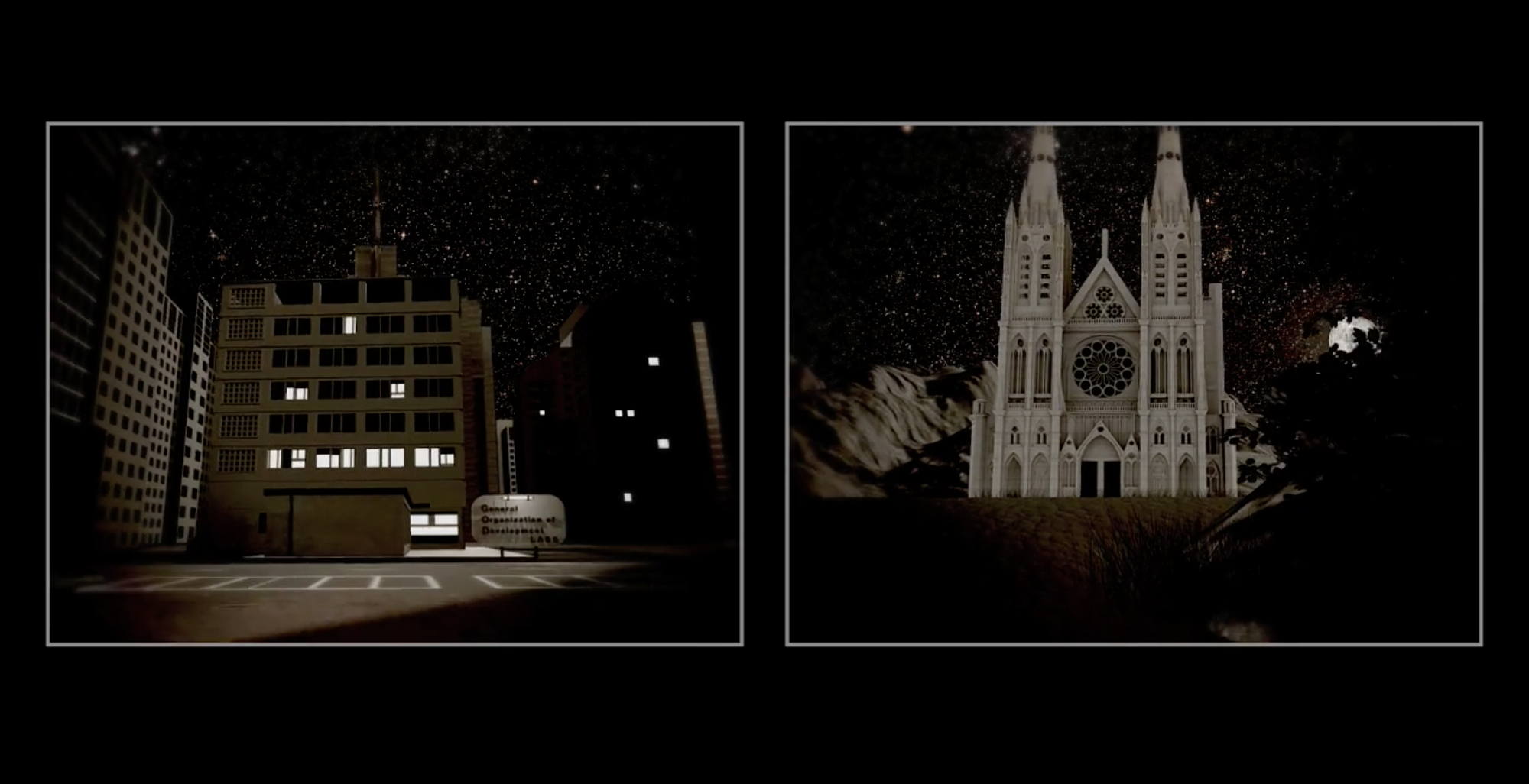 Directors Boca & Ryan Uhrich describe their creative relationship as an ongoing tennis match in which each of them pushes the other to create the best work possible. Their animation Duelity presents the two main arguments for the origins of man as separate films which come together in a third split-screen piece to debate the issues.

Duelity (2007)
According to the records of the General Organization of Development labs (GOD) it took a mere six days to manufacture a fully-operational universe, complete with day, night, flora and fauna, and installing Adam as its manager to oversee daily functions on Earth. That’s one story. If thou shalt believe the Book of Darwin, t’is five billion years after The Big Bang that we behold what the cosmos hath begat: the magma, the terra firma, the creeping beasts, and mankind, whose dolorous and chaotic evolution begat the gift of consciousness. Duelity is a split-screen animation that tells both sides of the story of Earth’s origins in a dizzying and provocative journey through the history and language that marks human thought.