Lore&Jun Get Playful at the Soap Factory 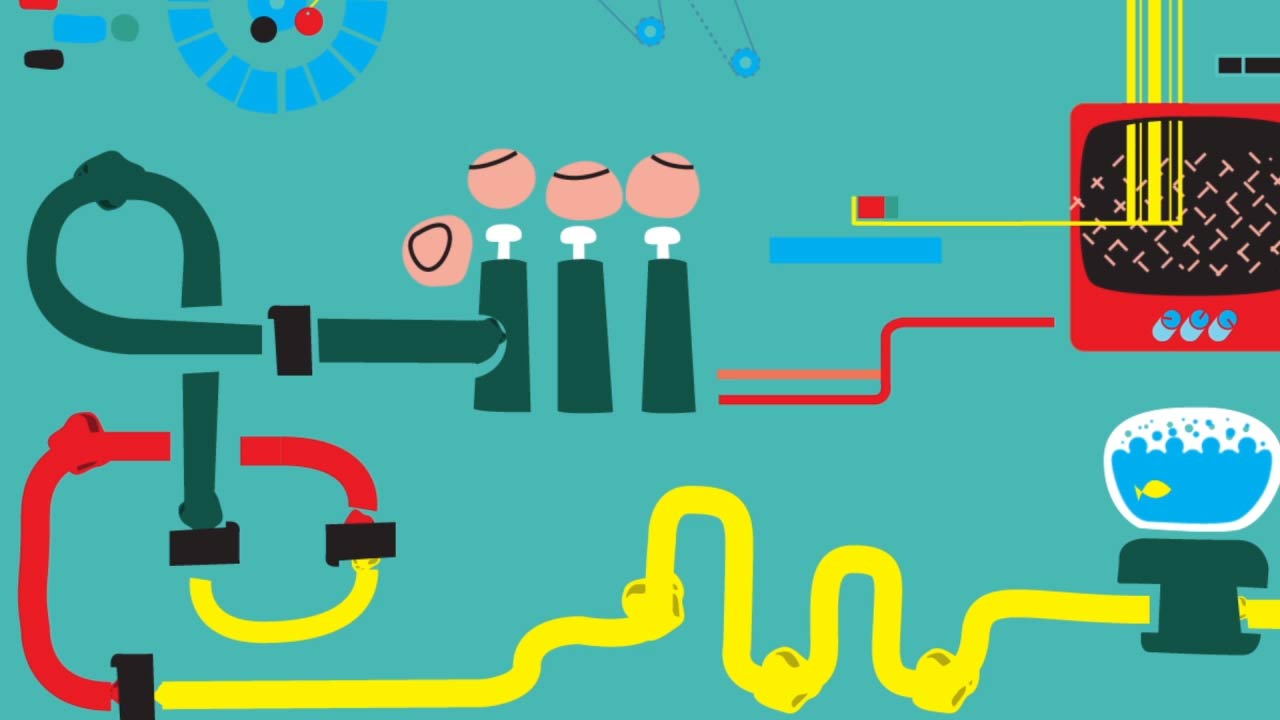 Following a commission by the Portuguese national agency for science, Ciencia Viva, Trunk Animation directors Lore&Jun (Lorena Medina – Lore and Nelson Martínez – Jun) were brought in to create an animated short to promote Angola’s new science museum which had a previous life as a soap factory:

“Marisa Vinha at Ciencia Viva came up with the concept of a Rube Goldberg machine or Heath Robinson device that transformed the factory to a museum that nicely married the science theme with the history of the factory. Trunk worked on the concept pulling together images that fleshed out the idea.”

Using the building’s industrial past as a visual motif, soap in all its forms (bubbles, bars and boxes) was represented throughout the piece, connecting the various stages of the machine and also calling back to the cleaning renovation work which took place in the progression from factory to museum. The duo of course were also inspired to get playful with that central concept:

“Lore&Jun added more surreal ideas for example the windscreen wipers cleaning the glass surrounded by soap bubbles and the weight of the full box of soap operating a sea saw switch.

Once Ciencia Viva was happy with the concept Lore &Jun went on to create the illustrations based on industrial diagrams that created the look of the film and used the supplied colour palette to mirror the simplicity and fresh look of their illustrations. The elements were created in Adobe Illustrator and then animated in After Effects. Lor&Jun made the soap act as a character in the film triggering an action that creates another action forming in an infinite loop of surreal actions that brilliantly goes with the rhythm of the song, composed by Philippe Lenzini.”

Working to a tight deadline, the entire project was completed in four weeks – with two weeks dedicated to the animatic and design and the remaining weeks given over the final animation.