The Man Who Needed A Traffic Light – Mark Jenkin 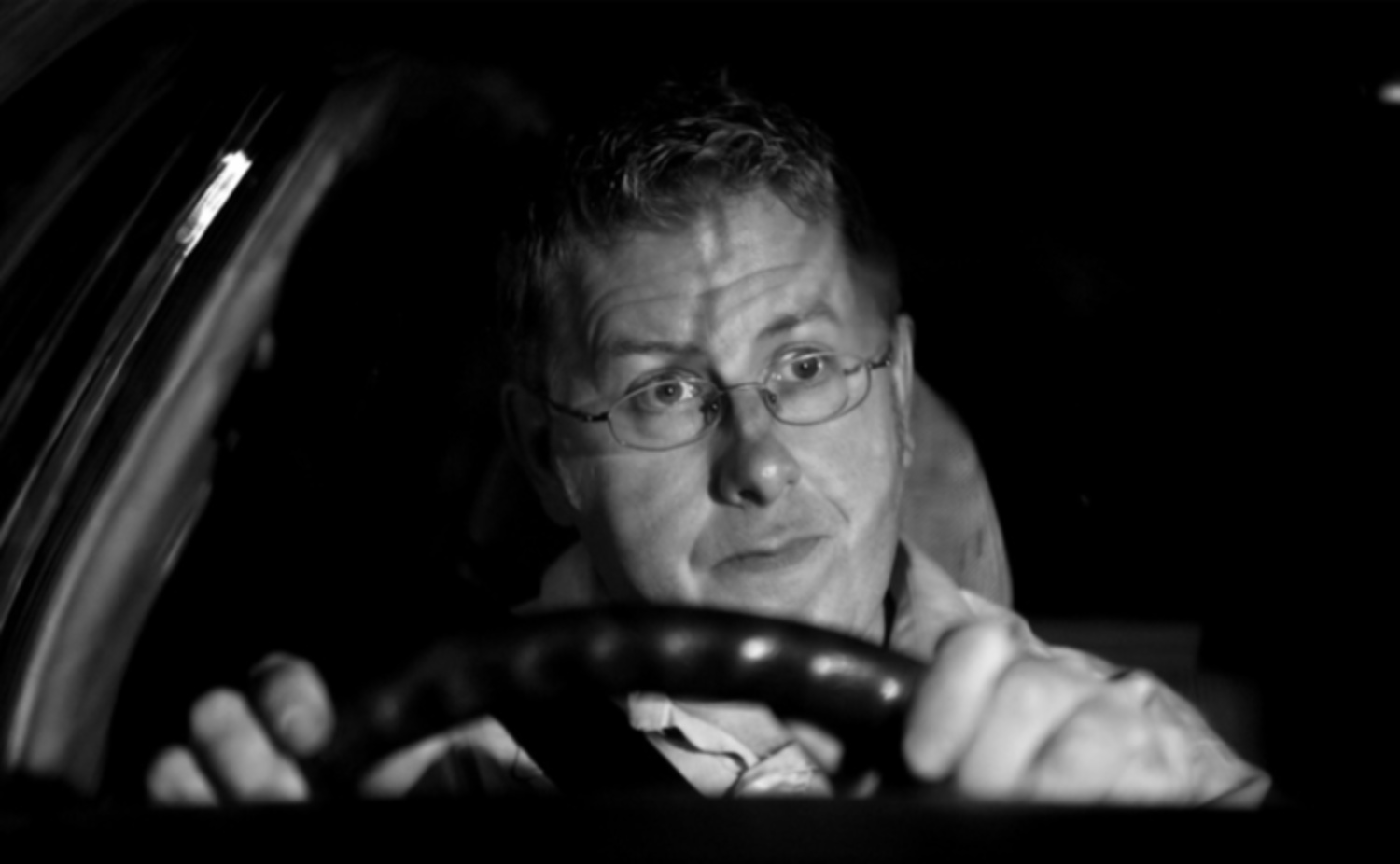 Anyone who’s been stuck waiting to pull out at a busy junction will sympathise with The Man in Mark Jenkin’s The Man Who Needed a Traffic Light. Based on an idea a friend had for a comedy sketch, Jenkin fleshed it out into a 10-minute script, followed by a redrafting which brought it down to a much snappier six minutes. The UK Film Council and South West Screen commissioned the script as part of 2003’s Digital Shorts scheme and a budget of £6,500 meant everyone involved could be paid, a rarity on shorts.

Casting ‘The Man’ was straightforward, as Jenkin had previously worked with actor Colin Holt and was confident he’d be able to pull off the physical acting required in this no dialogue piece. The greatest challenge came in securing a rural garage. Eventually the production found Mitchell’s Filling Station after the owner heard their appeal on a local radio station. His willingness to help extended to providing the classic cars that were required on the forecourt.

DP Steve Tanner shot The Man Who Needed A Traffic Light on a Sony PD100 in three days; two at the filling station followed by a half day out on the road with a bonnet mount and another half day in Jenkin’s local pub car park for the close-ups and night shots. The film was cut on Adobe Premiere then transferred to Avid DS for the grade. Dissatisfaction with the grade prompted a return to Jenkin’s Premiere suite, where he attained the look he was after by pulling in the levels and tweaking the contrast, contrary to advise he received at the project’s outset; “It was pressed upon me (by the broadcaster involved in the Digital Shorts scheme) that it was important to go the DS route in the interests of getting a professional finish, but people just don’t realise how simple it can be to achieve a great effect using Premiere.”