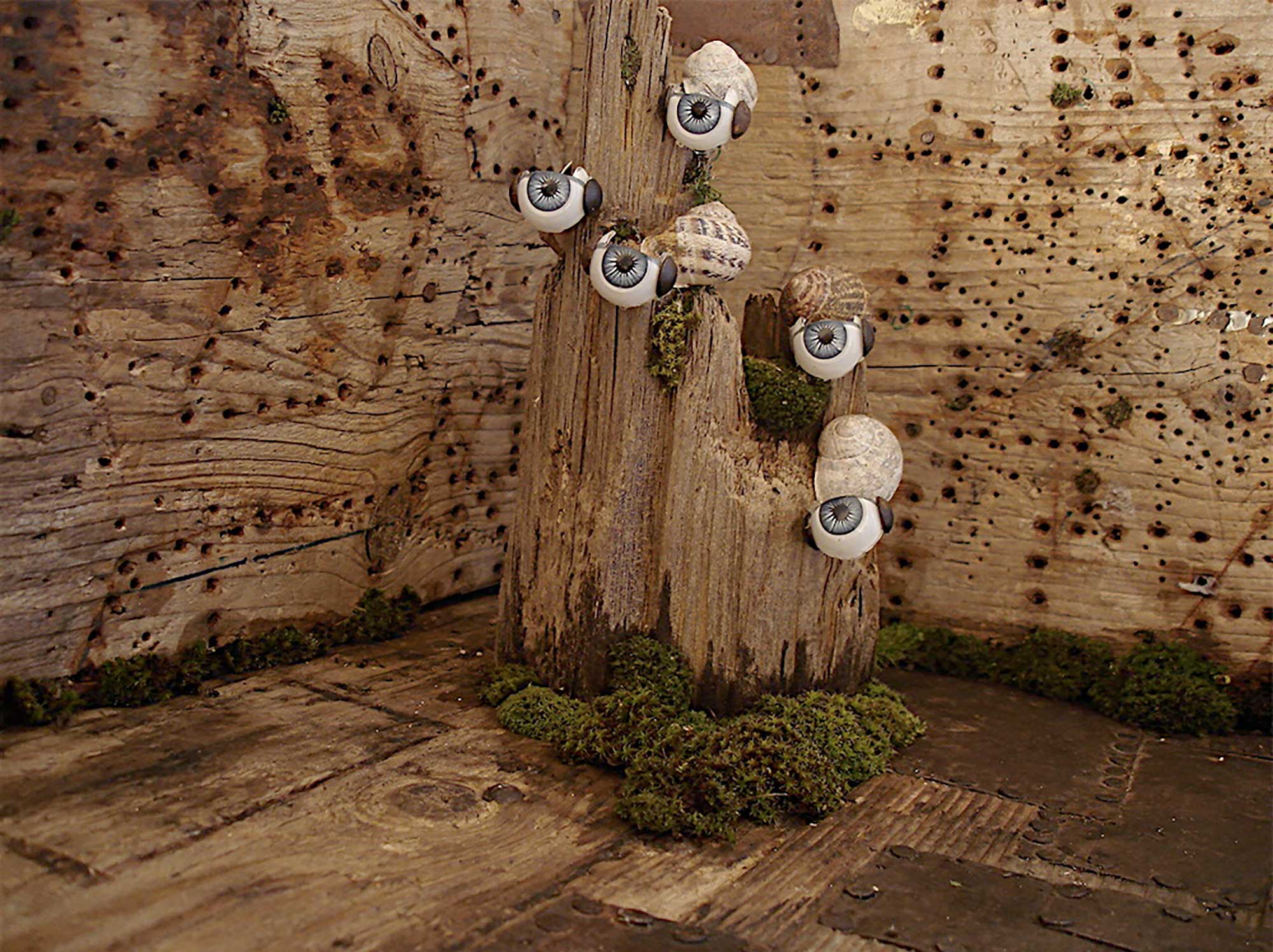 My beer fuelled interview with co-directors Andy Gibson and Ryan Rogers is the first face to face interview we’ve put out and was great fun to do. Despite the ever growing stack of empty pints, the three of us managed to stay enough on topic to discuss the pairs’ stopframe animation Sunshine Indoors, an odd tale populated with a robot hero, pharmaceutical gangsters and snail genocide.

In this short piece we see a day in the life of Trevor Tongue, a wooden robot who has some issues with the Hammer Brothers (two small time robo-gangsters dealing in the foot-cream trade). Trev searches for the Gov’nor to let him know about the Brothers’ evil ways and their abuse of the local snail community in the manufacturing of their foot-care products. There is reconciliation in the form of a bell-jar jail and a good telling off from the Gov’nor.