Consider Yourself at Home – Andy Gibson 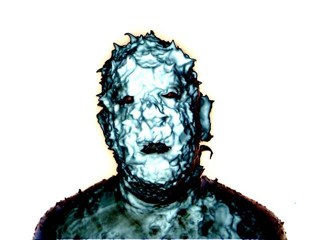 In Consider Yourself at Home, Tim’s daily routine is interrupted by a song from his dead wife that sets in motion a descent into the surreal. A project initially conceived by director Andy Gibson to demonstrate his aptitude with various software and hardware, Consider Yourself at Home is a 10-minute film comprising 17,000 still images manipulated to create a highly artistic, individual piece.
A Minolta 7000i SLR camera was used to capture the stills, which were then edited using Macromedia Flash and Adobe Premiere with a small amount of additional footage filmed on a digital video camera. Sound FX were layered and arranged using Steinberg’s Cubase SX. Experiments with traditionally shot footage and randomly dropped frames failed to produce the uneasy effect Gibson had visualized and so, although extremely time-consuming, he found the stills route to be appropriate for this project. The stills were also given a saturated look based on the flamboyant Technicolor era of 1960s musicals, which were the inspiration behind Tim’s wife’s song.

Andy Gibson has since created a film about a man with multiple mouths called Reviewing the Situation and the experimental animation Sunshine Indoors, co-directed with artist and model maker Ryan Rogers, which we discussed during our (slightly inebriated)  podcast interview.