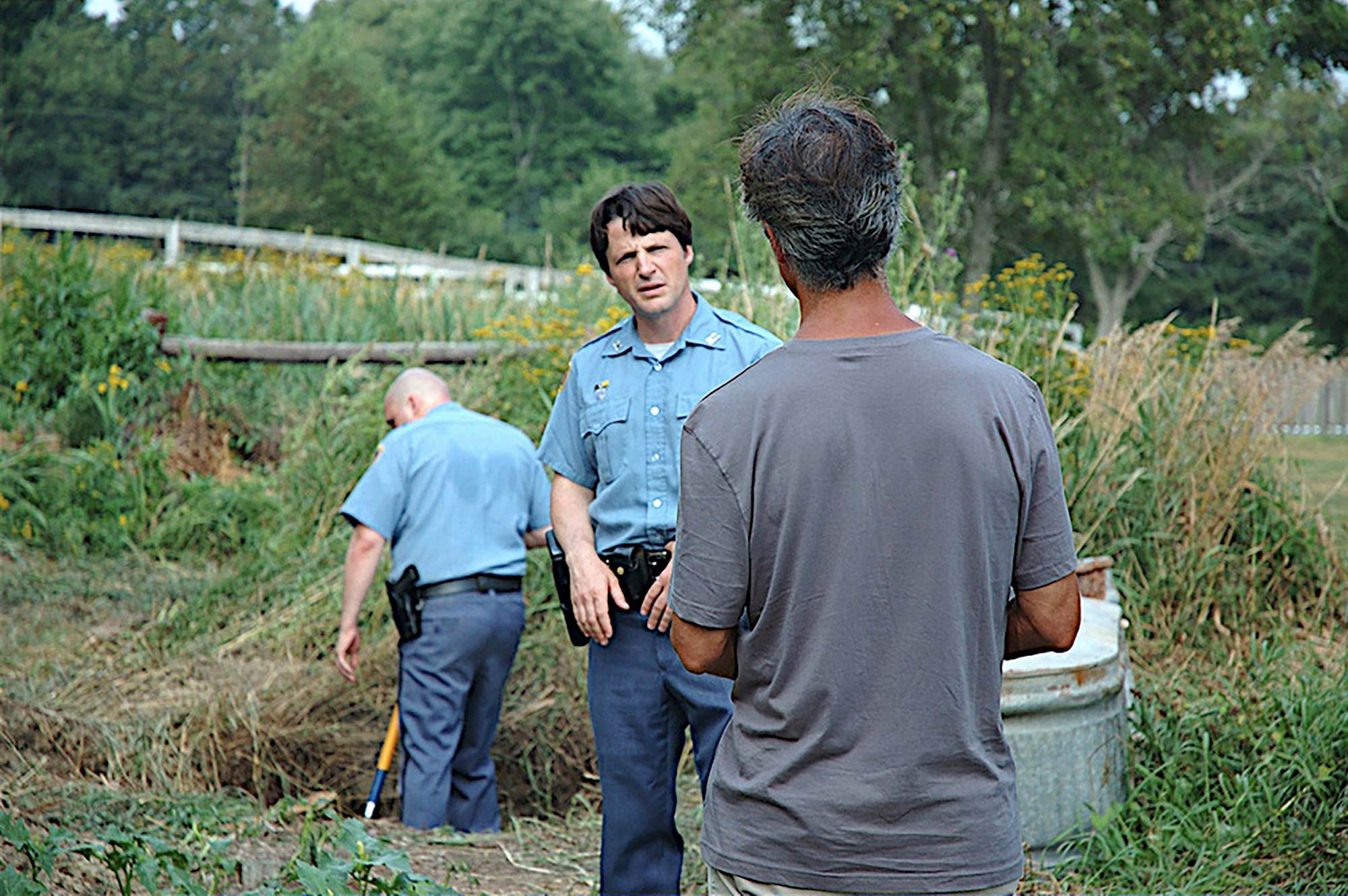 Director Nick Childs’ approach to adaptation holds a lesson for us all, as his choice of material centres on pieces which already have a strong cinematic spine within them and don’t need to be mangled into something unrecognisable to make it to the screen, which would explain why writer Steve Hamilton was willing to give him the go ahead on the adaptation of his short story A Shovel With My Name On It for his short film The Shovel.

When weekender Paul Mullin discovers is neighbor digging a hole in the middle of the night, he writes it off as simply a bizarre encounter. Until the neighbour… and his cheating wife… disappear. Worried he’s stumbled upon more than he’s bargained for, he calls on the local sheriff to help unearth the truth. And finds out that, in a small town, some secrets are better left buried.