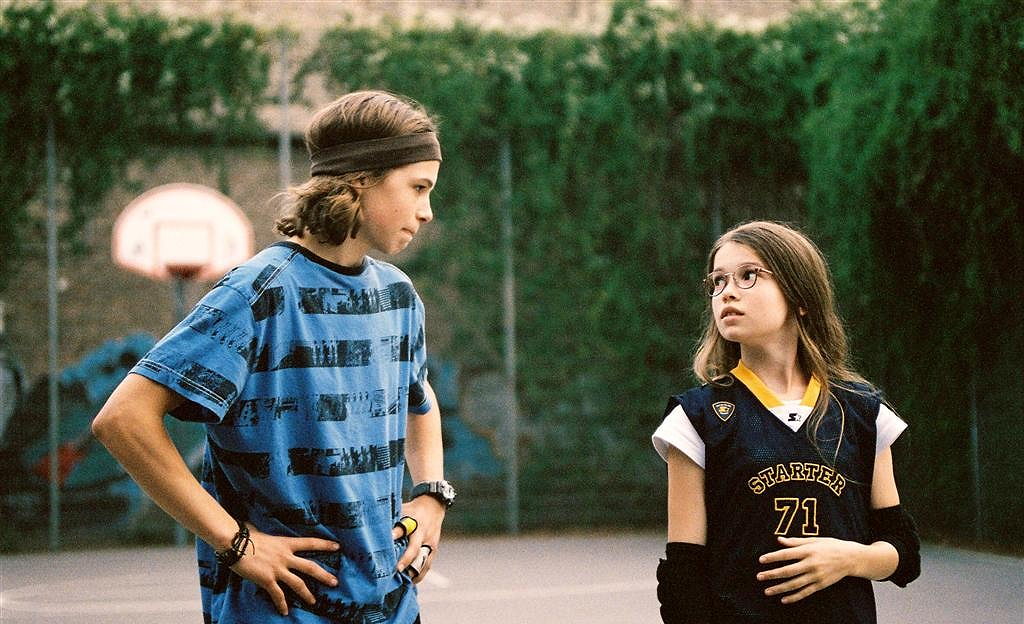 Director Anna Justice joins me to discuss the transition from TV movies to cinematic features and the process of finding and working with child actors for her debut Max Minsky and Me.

Nerdy Jewish Nelly Sue Edelmeister, daughter of a New York mother and Berlin musician in Berlin gets straight A’s, except for gym. When she hears her dream prince, actual royal Edouard, a fellow astronomy buff who studies in Luxemburg, patronizes the basketball tournament hosted there by a European school she wants to join her school’s girls team. So she wants Max Minsky, son of the divorced Bavarian manager of the music café where her dad plays, to coach her, in exchange for the money his ma pays for supposedly tutoring him academically. In fact she makes his homework and neglects Hebrew class in preparation for the “bat mithzwa” her ma is obsessed with.