These Are Your Friends & Islands – Trunk 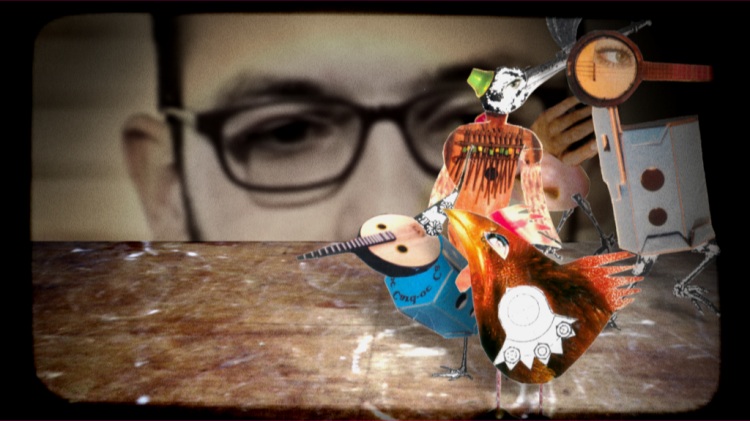 Frustrated by the lack of creative freedom at their respective animation studios and a burning desire to work in music promos and stretch their design ideas and practices, Steve Smith, Layla Atkinson and Siri Melchior joined forces to create new design and animation studio Trunk. Friends from their time at the Royal College of Art, the trio felt that their history in short filmmaking, focus on the charm of animation and mix of hand-crafted animation with technology meant that they had something new to offer the industry.

Whilst still at their ‘paid jobs’, they approached band Grand Drive to make a video for them. The resulting Firefly promo received an overwhelming reaction. This was followed by Look For Me for the Vessels, after which they took the plunge and Trunk was born.

Steve Smith takes Showreel through the creation of two recent Trunk promos; Adem’s These Are Your Friends and Islands for Archie Bronson Outfit.

These Are Your Friends

“Trunk was approached by Vez at NinjaTune to pitch on a new promo for singer-songwriter Adem. We were immediately struck by the song’s sensitivity and also by the CD designs, which had been created by Lynn Hatzius. They featured bird-like creatures collaged from photos of musical instruments, along with strange miniature rooms wallpapered with graphs and maps. The brief was to take these elements in to an animated environment, which could also house Adem, who was up for some kind of performance. 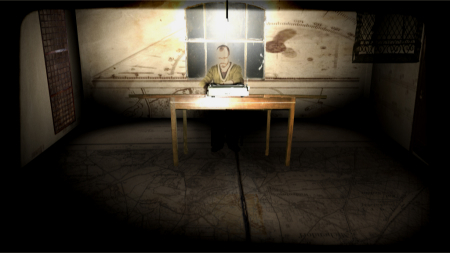 We immediately struck upon the idea of Adem as a hermetic andobsessive creator, or inventor, maniacally constructing these tiny beings from pieces of old machinery. Having built hundreds of these birds (his friends) Adem would then breathe life in to them and attach tiny typed scrolls to their feet, like homing-pigeons, before finally setting them free.

As the design was already there in part, we couldn’t resist trying out our idea with a moving test. We knew the budget was tiny (£5,000), so bluescreen wasn’t an option. Instead, we shot a person against white and, using that to our advantage, made him ghostly and slightly transparent. We tried working in 3D with two different packages before settling on After Effects. Once the job was commissioned we met up with Adem, Lynn Hatzius and Vez and talked over the idea with the advantage of an animatic that was quickly made using Flash. Adem was quite passionate about the scrolls he would fix to the birds feet, as they tied in quite well with the sentiment of him sending out his songs to a distant public, so that became a more prominent feature in the video.

We settled on a date to shoot Adem with Amy Cash as DP at Adem’s home – it had large areas of white wall. We were fortunate to have as our studio a room once occupied by typewriter mechanics, with abandoned odd shaped tools that came in very handy for Adem to make his mechanical birds with. We shot a lot more than we needed, principally because Adem had to act with something that wasn’t there and so it was important to get a lot of variety in the footage.

After the shoot we roughly edited to the animatic takes that seemed to suit before beginning animation. Animators Matthew Hood and Leigh Hodgkinson were employed to move the birds Lynn had designed and composite them into the rooms we’d built in After Effects. The schedule was a back-breaking two weeks and we had many late nights. The result was a day late delivery, but a beautiful video that was shown at Antenna the following month. 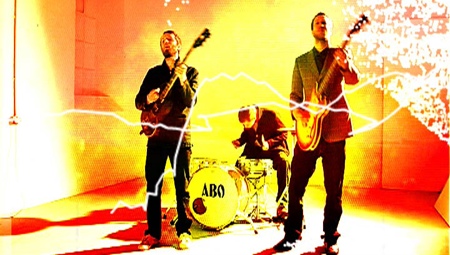 This track came to us through Bart McDonagh at Domino and John Moule at Mute. It struck us in the face straight away. A blunt, brutish, pared-down tune. We had to pitch on this!

We were keen to feature bands playing in our videos, so devised a treatment that had the three-man group playing throughout with overlays of projection of themselves, elemental footage and animation. The hook was ‘projections within projections within…’ The band came over to our studio and we talked through the various techniques and ideas. Again the budget was £5,000 so we decided to shoot in the large basement of the building our studio is in and on the roof. This time we wanted a nice clean shoot of the band with strong lighting and the ability to throw projected material over them. This made a very long day.

We hired a projector and fixed it up to one of our computers. Sarah Bartles-Smith was DP, aided by Adnan Hemani. We also hired all manner of sound equipment and tracks for the camera. The band brought their goose-with-alightbulb- in-it, which bizarrely gave a nice warm glow when in shot. The projection was tricky, especially when we played in just-shot footage to the computer to re-project and re-shoot. But the band were troopers and kept plugging away. Come 10pm it was dark enough to head upstairs. We had a generator in the car park four floors below making a colossal din and were about to shoot a rock band in the middle of a residential area. We shot the song twice then called it a day quickly.

We were keen to work with an editor on what was really our first performance-led video. Matt Fretwell took the footage and cut a sharp, pacy edit for us. At first glance all was going well, but we came to realise that working on an edit (with no shots longer than around four seconds) meant we had to be pretty disciplined about what we did with it, or else we could ruin an already good video. We layered up animation and effects in After Effects and Flash, keeping in mind the original idea of ‘projection within projection’. 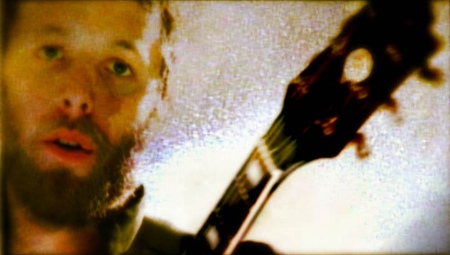 It was torturous and just a few days from delivery we’d found ourselves taking out much of what we’d done to make the video cleaner. A call from John Moule and we reversed sharply to put back what we’d been taking out and ‘grungify’ the image. We’d always wanted a ‘filmic’ image, and we needed to scuff it up a lot. Again, nights turned into days and turned in to nights, but once completed, the end easily justified the means. We’re proud of the video and how it gels with the sound and look of the band.

Since then we have been increasingly busy on promos and commercials, building our reel and always trying something new. The future will see us returning to our short film roots, with at least two projects on the back-burner, as well as tackling more promos and commercials while also moving in to live-action.”

Head over to Trunk for further info or to view these and other Trunk projects.