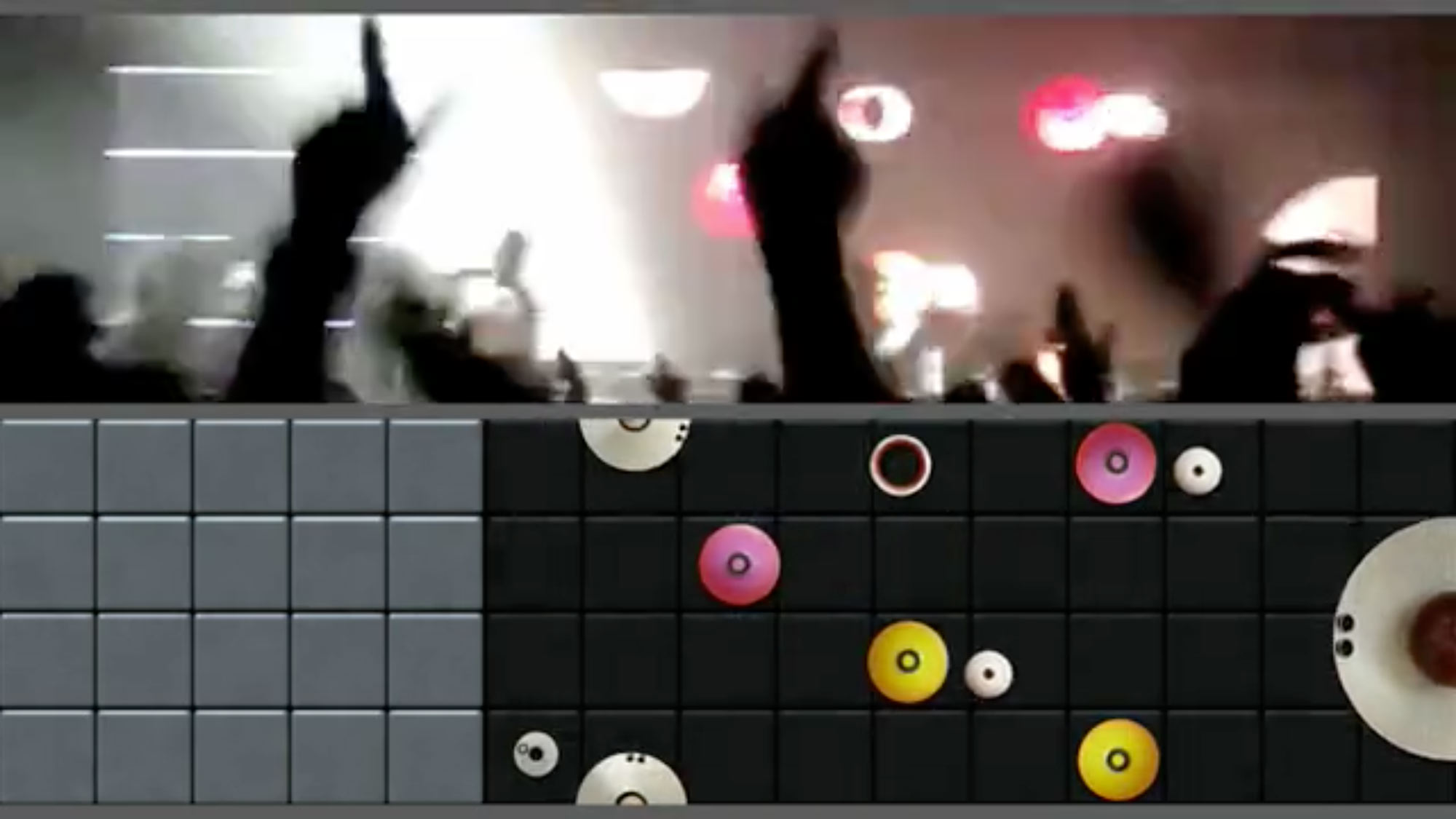 If you’re a regular round these parts you know I have a massive love for the work of visual artist Max Hattler (DN074 & DN119), so I wasn’t at all surprised to hear that after seeing his experimental piece Drift at last year’s London International Animation Festival, Basement Jaxx got their management to track him down to create concert visuals for their floor filler Where’s Your Head At.

Being fans of Max’s work after combing through his website, Simon and Felix gave him free reign to create anything sans monkeys:

“So I decided to base the concept on the grid structure of the LED display on which the visuals are shown. The 7 by 2 meter screen is made up of 60 square LED elements, four rows of 15 elements. I decided to go for a very flat, two-dimensional aesthetic, in which the screen acts as a wall, rather than a window to a three-dimensional space. Each of the blocks that make up the screen becomes a tile in the makeup of the overall picture, a pixel in the construction of the visual narrative, mirroring both old-school video games as well as ‘80s video walls.”

Check out the video below: