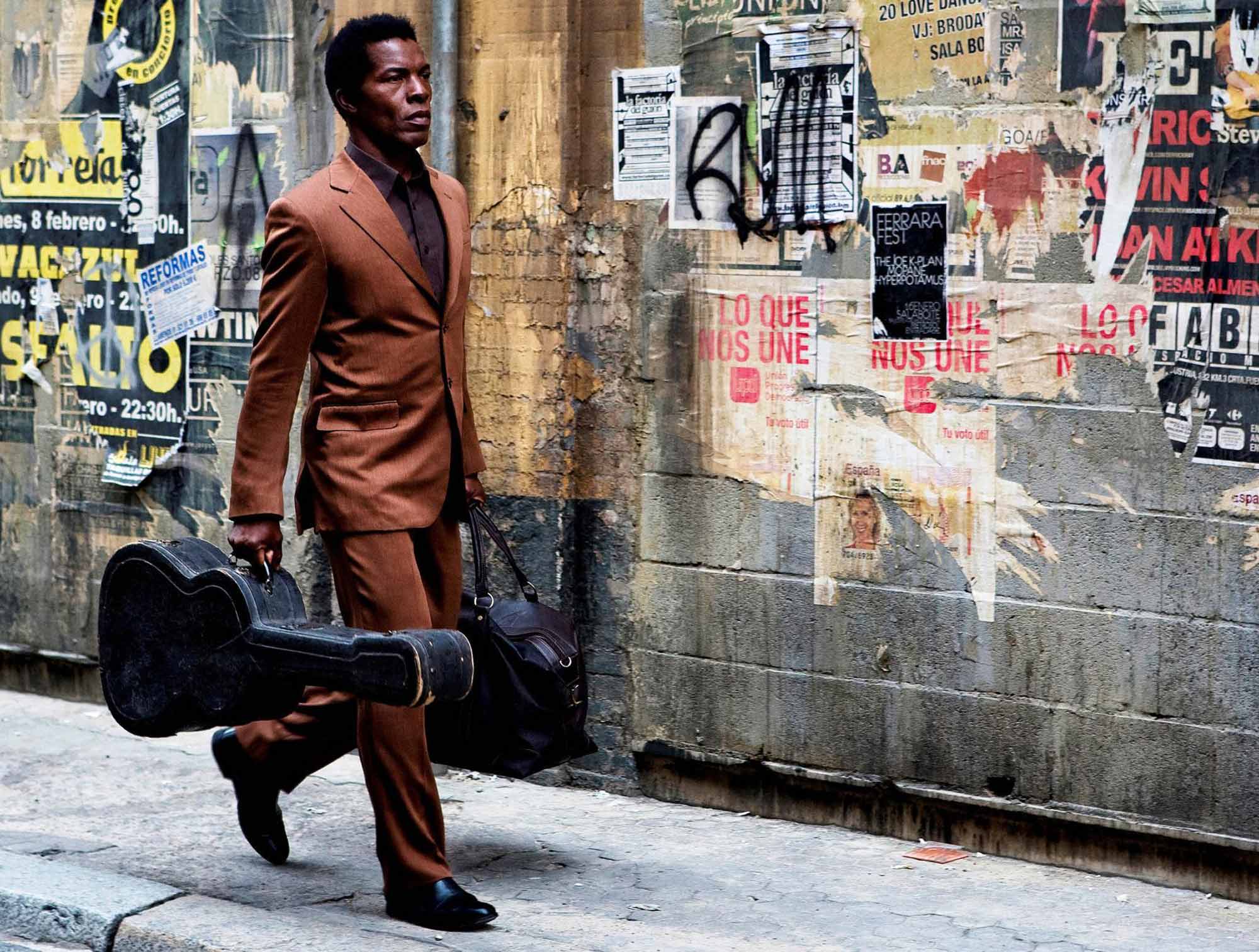 When Jim Jarmusch is on form he makes films like no-one else, so individual, so striking and so memorable. With The Limits of Control, Jarmusch has easily made his best film since the seminal Dead Man (1995) and it once again feels as if we have the true king of the alternative cinema scene back with a classic bit of filmmaking.

To breakdown the plot of The Limits of Control, would be like unwrapping a riddle that’s wrapped in an enigma, the film transcends conventional narrative and is more about atmosphere and intrigue, than story and plot development. Watching Jarmusch’s film reminded me of an old quote about Jazz musicians, “It’s not the notes you play, it’s the notes you don’t play” and with his latest feature, the cult director manages to say so much by having his characters say so little.

In essence the movie focuses on the Lone Man (Isaach De Bankolé, the coolest, smoothest, most smartly dressed man you’ll seen on screen this year, if not this decade), a hit man sent to Spain to follow a treasure-hunt like trail of coded messages to his target. It almost seems that with the character of the Lone Man, Jarmusch is finally trying to erase the disappointing Ghost Dog: The Way of the Samurai from our (and maybe his) memory. Where Forest Whitaker’s overweight, philosophy spouting, Samurai hit man just didn’t seem very believable, Bankole’s sharply dressed, steely faced hit man of little words, seems not only plausible but downright menacing at times.

The soundtrack, dominated by Boris, Sun O))) and Jarmusch’s own band Bad Rabbit, drones and rumbles through sections of the film, adding a sense of tension and unease. However, the director also isn’t afraid to use silence to his advantage and where not displaying his love and his respect for the movie soundtrack, he lets silence reign. 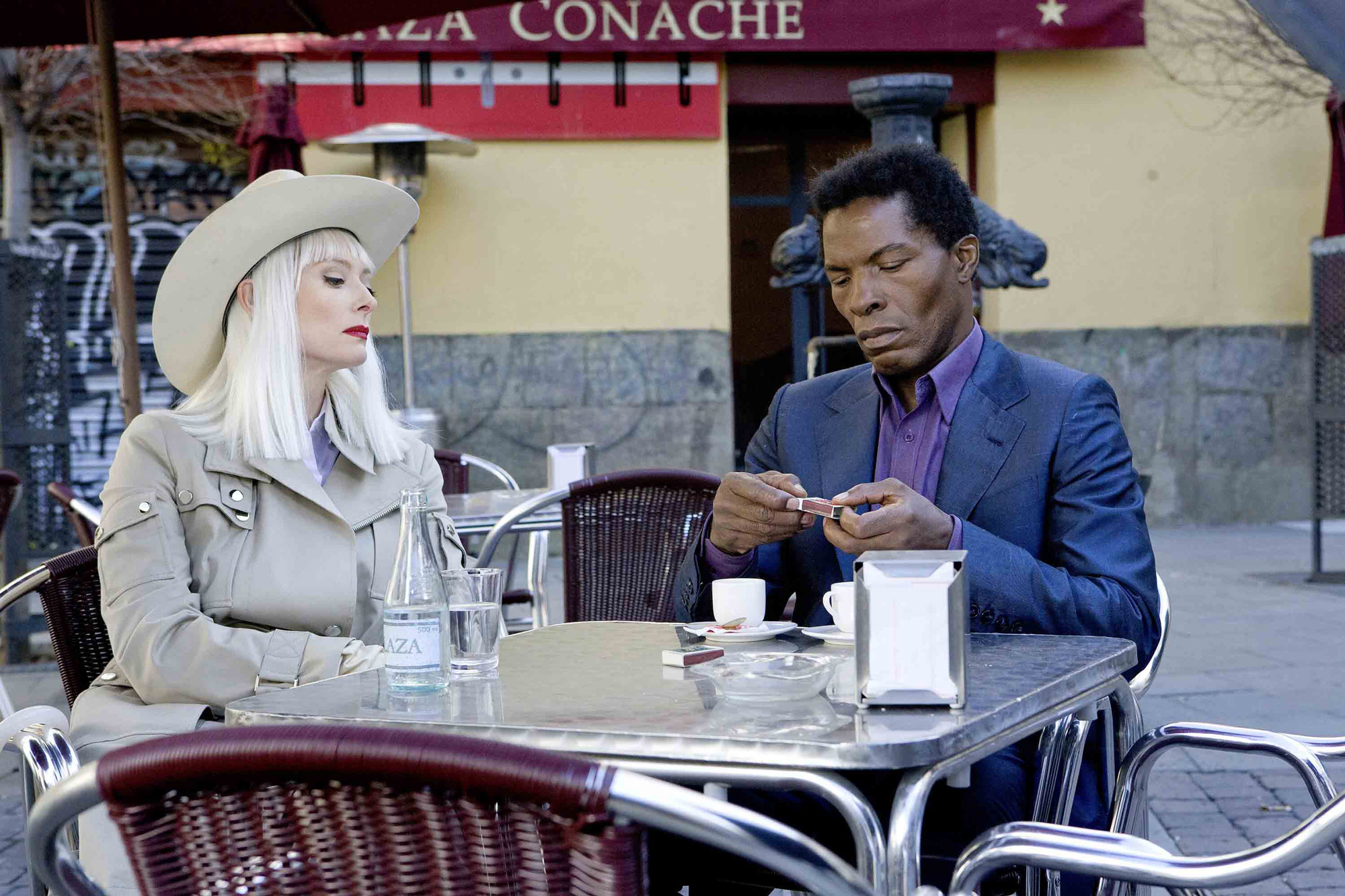 Another element Jarmusch uses to his advantage are the facial features of lead performer Isaach De Bankolé, whose chiseled good looks and unyielding eyes gives the Lone Man the level of mystery needed to make this film work. It’s one of those roles you can’t imagine anyone else filling and a performance that should elevate Bankolé from bit player to fully fledged leading man.

Christopher Doyle has made a solid name for himself in recent years, working on visually arresting movies with unforgettable images, he has become one of the top names in cinematography. His work with Wong Kar-Wai in particular, landed him critical acclaim and the cinematography for In the Mood for Love won him the Technical Grand Prize at Cannes in 2000. Doyle carries on his good work for avant-garde directors, with this wonderful piece of cinematography that complements Jarmusch’s writing idyllically. Doyle’s camera loves it’s environments and locations and seems to always find the best position or angle to perfectly set the scene or frame a character. The combination of Doyle and Jarmusch is surely one all us cinephiles have been waiting for.

I’m sure many people will criticize this film for a perceived lack of focus or for being too self-indulgent, with all of it’s film, music, art, literary and philosophy references. However, I think these are only apparent weaknesses, if you miss the whole tone of Jarmusch’s latest feature and instead of admiring his education and passion for the arts, you mistake it as a self-congratulatory pat on the back. The director references everything from William S. Burroughs with it’s title, Arthur Rimbaud with it’s opening quote and more directly, John Boorman with it’s visual style. It’s almost as if he is saying, if you like my work, maybe you should check this out (he’s like a filmic version of the Genius bar in iTunes).

“The best films are like dreams you’re never sure you really had,” the character Blondie proclaims in a one sided conversation with the Lone Man. Well if that’s true, I’m really hoping this dream is recurring.