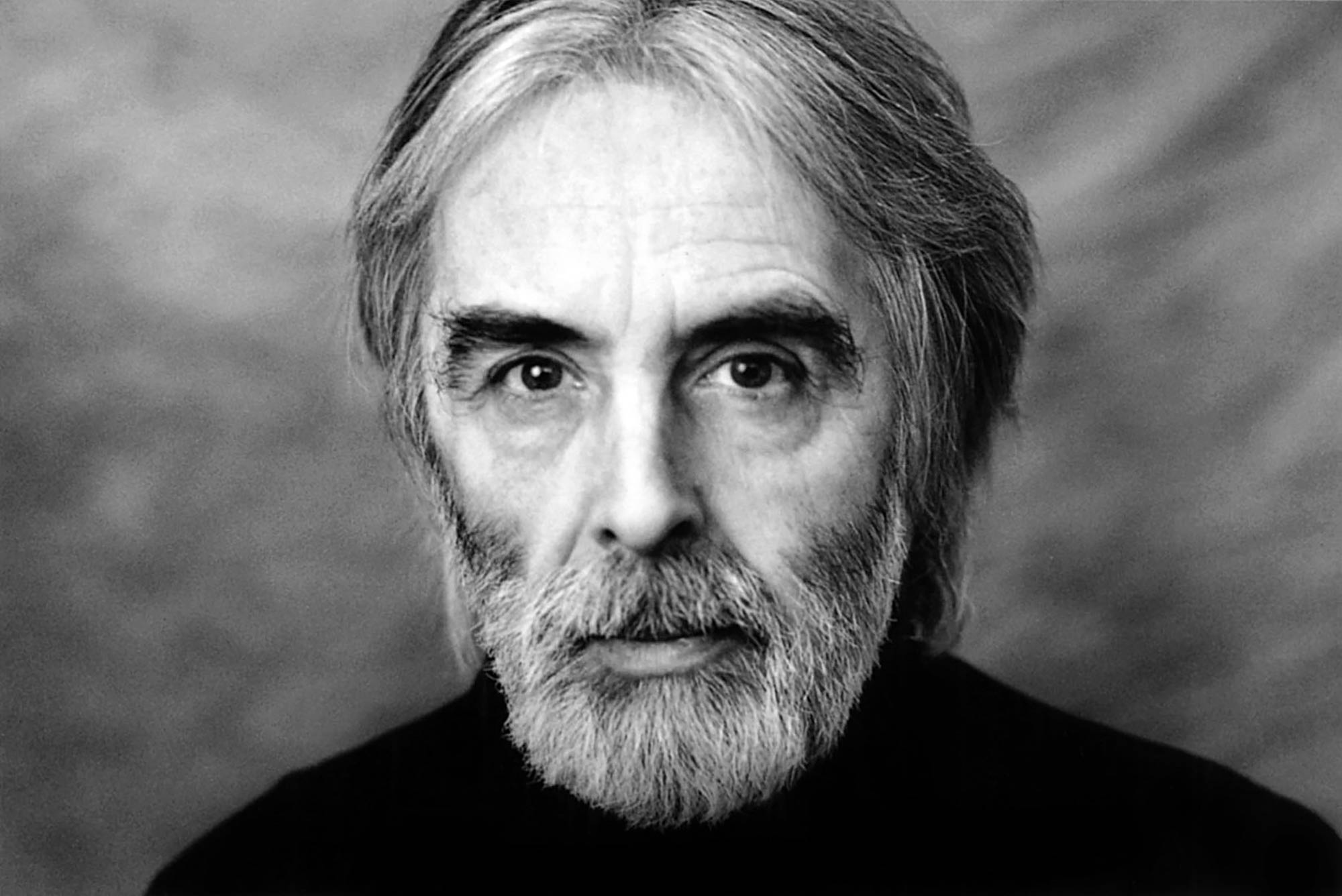 If someone was to ask me who my current favourite director was, despite some close opposition from Jim Jarmusch, Lars Von Trier and Park Chan-Wook, I would have to pick Michael Haneke. Although, I have to admit my discovery of Haneke’s films was somewhat by chance. When I was younger I was very much interested in controversial films (and to an extent I still am) and I had a bit of an obsession with watching cinema that shocked and somewhat offended its viewers. Upon the discovery of one of these films, my friends and I would pass them around the group, trying to out-shock one and other and always trying to take it to the next level. Then one day, a friend living down my street bought me his two latest finds, Man Bites Dog and Funny Games. Although Remy Belvaux’s tale of a camera crew following a serial killer was shocking, I knew I had witnessed something so much more than that with Haneke’s Funny Games. This was a beautifully crafted piece of cinema, that instead of just wanting to shock its audience, chooses to make the viewer question their part in the proceedings.

After watching Funny Games, I not only wanted to instantly watch back what I had just seen, but also wanted to find out as much as I could about its director. Haneke has gone from strength to strength throughout the noughties and would have to be a top runner for ‘Director of the Decade’ if there was such a prize. In 2000 with Code Unknown (Code Inconnu) Haneke produced another provocative piece of filmmaking, where once again the director challenges his audience with excessively long-takes and straight to camera dialogue. A year later, the Austrian filmmaker received his first major award at Cannes, when he received the Grand Prize of the Jury, for The Piano Teacher (La Pianiste). A film in which Isabelle Huppert gives a performance of great magnitude as Erika, an uptight piano teacher bursting at the seams with sexual frustration and bizarre erotic impulses.

In 2003 with Time of The Wolf (Le Temps Du Loup), the director turned his hand to the apocalypse movie and showed how it should be done by creating a film full of human despair and unanswered questions, instead of over the top special fx. Two years later with Hidden (Cache), I think Haneke’s genius was finally acknowledged when this account of surveillance and paranoia won the Best Director prize at Cannes. Hidden went on to win not only the converted prize of El Vez’s Film of 2006, but was also recently announced as the Film of the Decade by The Times.

In 2007 the director took the controversial step of bringing his seminal 1997 film, Funny Games, to the masses by making a shot-by-shot, English language remake (often referred to as Funny Games US). Some Haneke fans saw this as an insult to the original film, believing that there was no need to remake such an outspoken film. Whilst I agree in some part, I also understand what the controversial director is attempting with the remake and what he’s trying to say about violence in American cinema.

“I’m trying to find ways to show violence as it really is: it is not something that you can swallow. I want to show the reality of violence, the pain, the wounding of another human being.

Recently a friend and critic who recently watched FUNNY GAMES US said to me ‘now the film is where it belongs.’ He is right. When I first envisioned FUNNY GAMES in the middle of the 90s, it was my intention to have an American audience watch the movie. It is a reaction to a certain American Cinema, its violence, its naiveté, the way American Cinema toys with human beings. In many American films violence is made consumable.” – filmstalker 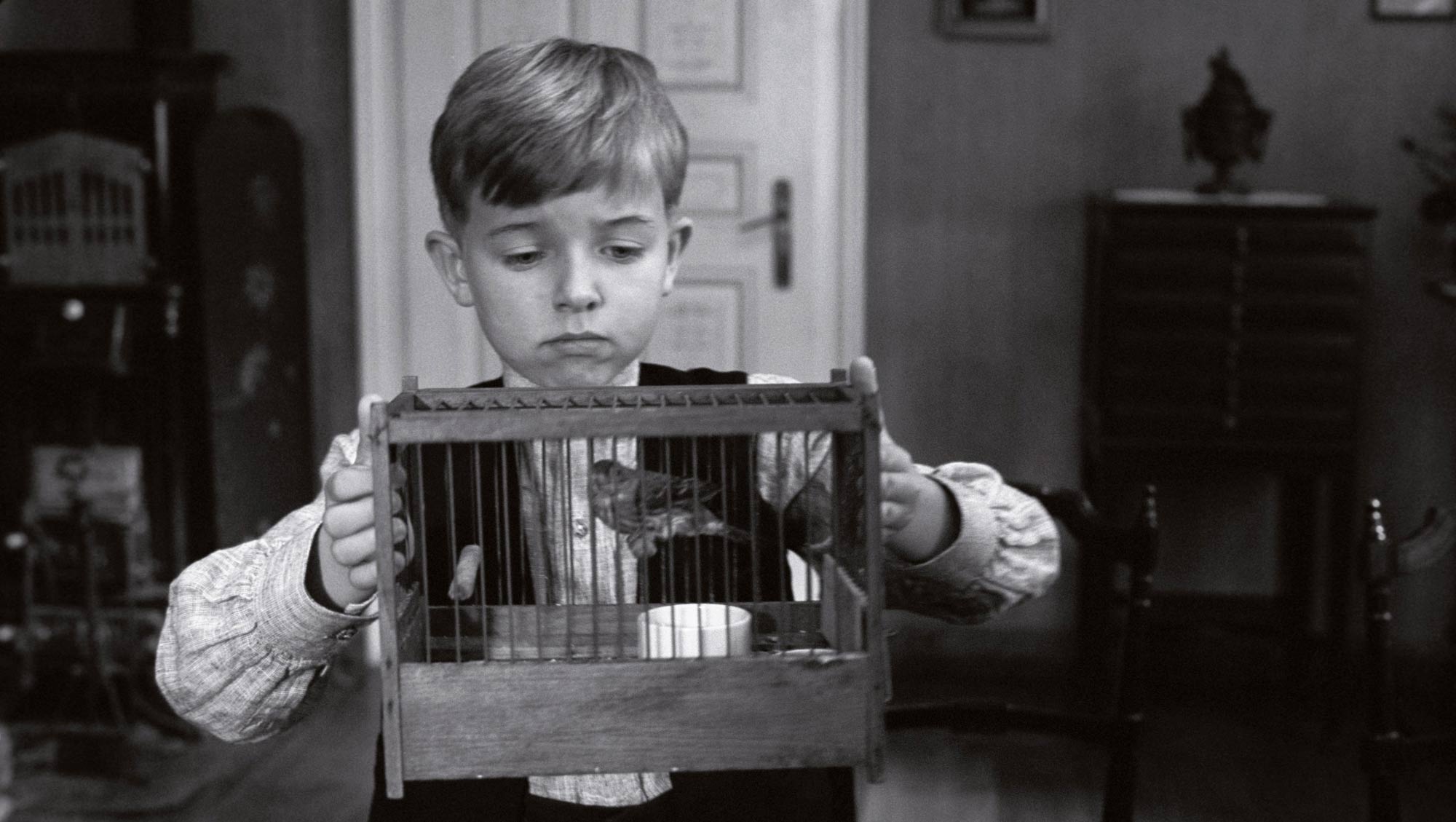 Haneke’s latest film, The White Ribbon (Das Weisse Band) is being hailed by many critics as the director’s ‘masterpiece’, an opinion which was certainly supported when the movie scooped the Golden Palm at Cannes ’09. I think to label The White Ribbon as Haneke’s masterpiece is somewhat unfair to the rest of his back catalogue, all of which are masterpieces in their own way. Although I may not agree that The White Ribbon is the director’s greatest film (I need another viewing to be honest), it is without doubt, yet another example of truly innovative filmmaking from one of cinema’s most distinctive voices. Again, the Austrian auteur chooses not to provide straight forward answers to all the questions he sets, but instead lets the audience of The White Ribbon formulate their own conclusions and readings.

In a rare personal appearance at the BFI recently, the director revealed that he “Doesn’t want the audience to look through his spectacles, he wants every member to look through their own individual spectacles”. Personally, I think the director’s films don’t leave you with any choice but to read them through your own point of view and form your own unique interpretation. Haneke’s films don’t conform to a Hollywood structure and they don’t treat their viewers as idiots either. His films will never just lay down a straight 1+1=2 formula, more like 1+1=whatever you want it to equal! After watching Funny Games the audience has no real idea why what happens, happens, but does it matter? After watching Time of the Wolf, we have no idea what has happened to the earth, what apocalyptic event has left society in this state, but does it matter? In Hidden, we never find out who has been sending the recordings, but does it matter? It’s the same with The White Ribbon, we never fully get the answers a lot of viewers might expect, but surely this is the most exhilarating thing?

In a recent interview with Geoff Andrew, for Sight and Sound, Haneke described his films as made “for adults” and then went on to declare that because of this they “may not appeal to most of those who go to the cinema these day” and I would have to agree. Intellectual, thought-provoking films are unfortunately a minority in the film industry and many people just go to the big screen for a bit of fantasy and escapism (not that there is anything wrong with that in itself). It’s just a shame more people won’t be up to the challenge of Haneke……although maybe the Ron Howard remake of Hidden will alter this, then again, perhaps not!

Even though the man himself stated he dislikes trailers, here’s a trailer for The White Ribbon anyway.