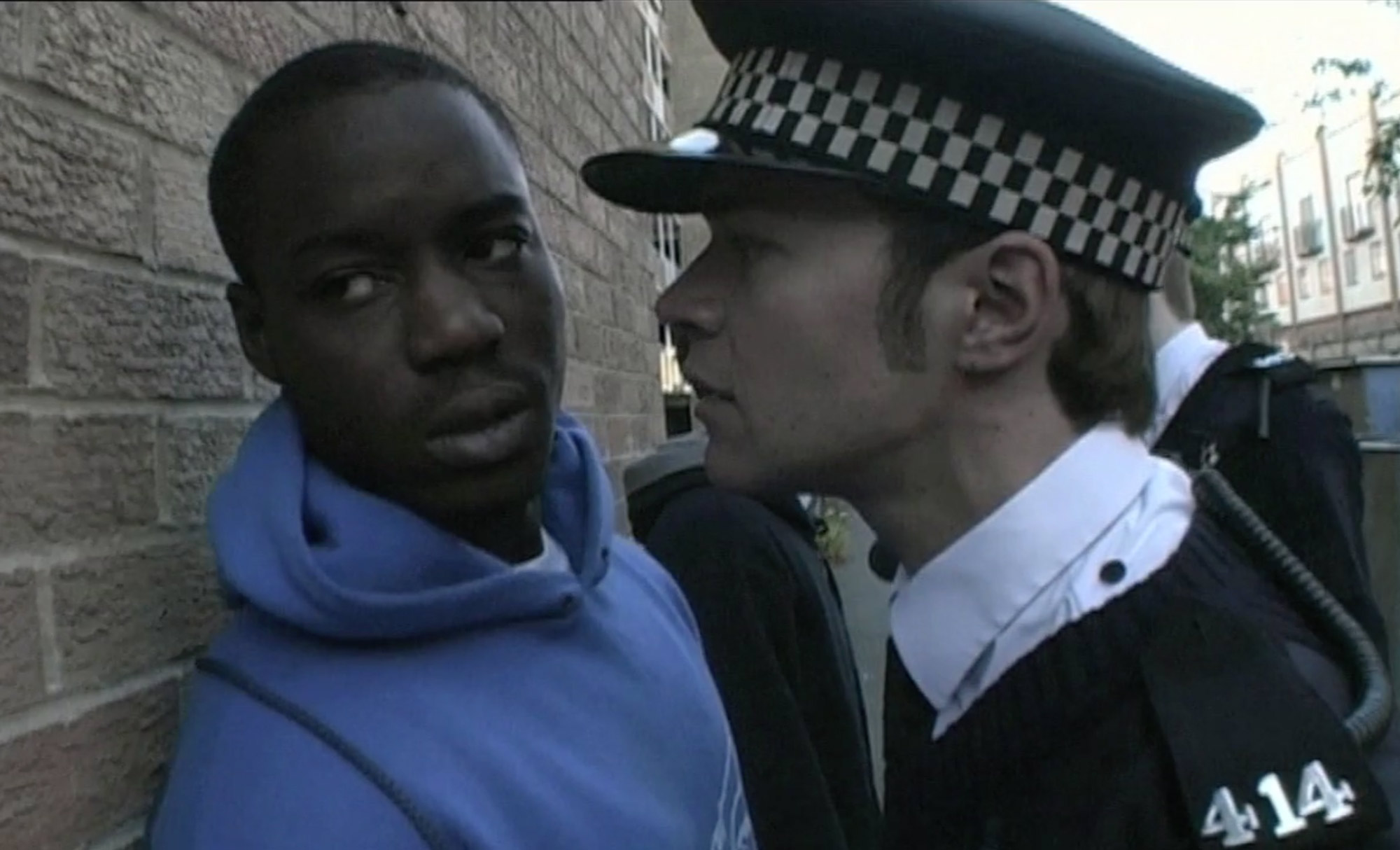 While the tiny £3,500 budget for Greg Hall’s debut feature about inner City London life, The Plague, may be visible through some of the cracks, there’s no denying his accomplishment. Strongly supported by director Mike Leigh, who not only ensured it screened as part of last year’s London Film Festival but also awarded it the first ever Katrin Cartlidge Award, The Plague follows four friends over a weekend of freestyling, partying and trying to dodge trouble. Watch the trailer below, after which Hall tells us how it all happened.

What was the inspiration behind The Plague?

For about five years the film was just a growing idea, maturing in my head, as I lived and breathed the experiences that would finally end up in the film. Basically, 99 per cent of the characters and the events are based on true life and first-hand experience. I went to Art School (Surrey Institute of Art and Design, Farnham) with the intention of making The Plague. During this time I became very disillusioned with filmmaking, and by the end of the Film and Video degree was just generally depressed with life around me. And it was from these depths that I really threw all my energy into writing the script and getting the production up and running. I began this in my last month of university, May, just before I left to move back to London. I was poised to shoot; everything was in place – script, principal cast and crew. The only thing missing was money…

I hear you ran into problems when you approached the Film Council for funding?

I basically realised that the one and only place that a majority of British films gained funding was through the UK Film Council. I have serious issues with the way film culture is produced in this country and I think the problems can be traced back to the distribution of funds. I find the UK Film Council’s New Cinema Fund absolutely ridiculous. First, this country lacks a real independent scene, it is given no support at all: and instead all the ‘industry’ churns out is a generic Four Weddings and Another Notting Hill Hollywood wannabes. If you look at the requirements of the New Cinema Fund, you must budget in for two people from the Film Council to be on set everyday; they get to take away the rushes and get the final cut. How does this encourage new filmmaking? They did turn me down for funding, although they did send me quite a nice letter saying that the film wouldn’t “engage a cinema-going audience”. All that I got from that was that they’ve never left their offices and walked around and met the everyday people who inhabit London.

Where did the money come from finally?

Money never really got in the way of my blind optimism and enthusiasm to make the film: the only important thing in my life was telling this story. So I got a graduate loan from the bank, my parents put in a little bit of money and some of the crew put in what they could. The whole project was realised for £3,500, but the favours and help that so many people put into the film is priceless. 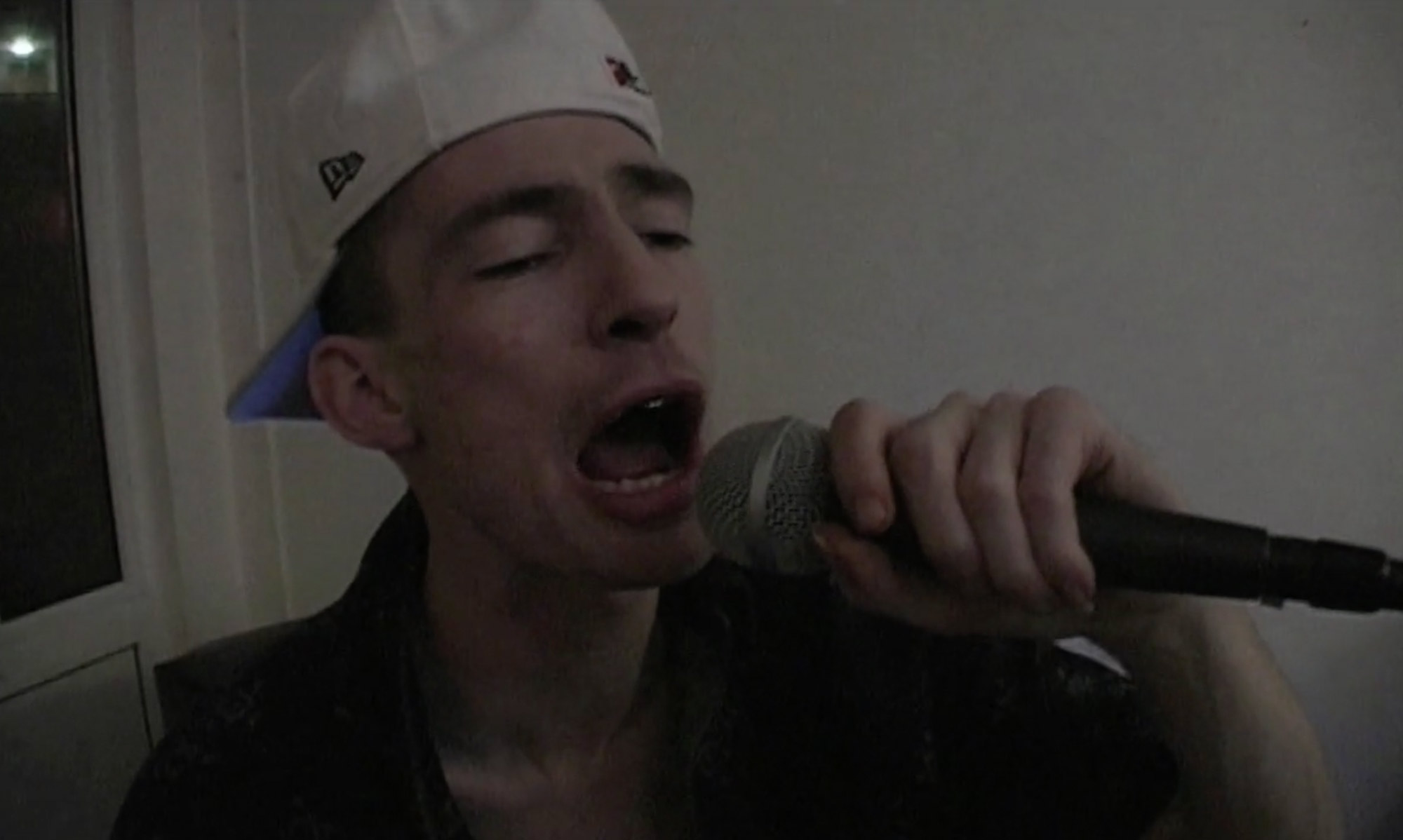 With such a low budget, what did you choose to shoot/edit on?

The film was shot on the Canon XM2, which has a frame option giving it a more filmic look, so to speak; technically it is a fake progressive scan/25fps. But it looks good; it’s lightweight and very cheap! This is a three-chip camera but it is Mini DV. Technically DV Cam is better, but again this was an aesthetic choice. I prefer the ‘look’ of the XM2 compared to such DVCam cameras as the PD150.

We did the offline on editor Paco Sweetman’s home PC using Adobe Premiere. It took us about eight months to edit down 36 hours of footage, all while trying to hold down-full time jobs. We ended up doing the online on Avid. Paco and I were both working at a dubbing studio in Fulham, and once we finished working during the day we would stay there all night and use the Avid. This was a real physically and mentally challenging time for us both. The sound design and music by Paul Sheeky was also done on his home PC. Although these aren’t the greatest methods of working, I believe it pays testament to the bedroom studio culture that people are using more and more nowadays in film, music and animation.

Why did you decide on non-professional actors for the leads?

My sister Rebecca who was teaching drama at South Thames College in Wandsworth had told me about these young guys she found inspiring, and between us we decided to get them to make films on whatever issue they wanted. From working with these guys I realised that The Plague was possible, and while writing the script I kept certain people in mind for the roles.

The one thing I always say about the film is that it’s not just a film about street culture, but instead it comes from street culture. We didn’t wait around; we went out and made it no matter what obstacles stood in the way.

How were the performances shaped?

I spent about three months working with the four main boys because the film really hinges on their friendship being believable. We spent a lot of time discussing and building up their pasts such as where and when they met, what school they went to. I would also use ‘Hot Seating’, individually and as groups. A majority of this obviously never appears in the film, but when I watch the film and see a handshake or expression, I know that it was worth it. Of course, a lot of improvisation was used; to me the only important thing is the core intention of the scene, not the dialogue, and as long as the actors are in character and these characters are well developed, then improvisation is a great tool. On set it is really important to create comfortable and intimate surroundings for the actors so that they can open up and express themselves creatively.

Was it a conscious decision to have a multi-racial group of friends at the centre of the story?

It was very intentional. The friendship is a microcosm of London, which is again a microcosm of the world. Hence the opening shot of the Earth. A mix of races and religions living together side by side. And the friendship shows the positivity that this creates if we share and interact with each other in a friendly and loving way. I wanted to show young black men not obsessed with money or labels, but with a more politically thinking intellect. And once I contested what it means to be black, the question of what it means to be white and to be Asian comes into light. Young Muslim teenagers at the moment are really being alienated because of the current political climate and I wanted to embrace this.

The Plague’s being championed by Mike Leigh, how did he become involved?

After we completed the film we didn’t really know what to do with it, so we put on an industry screening at the now closed Other Cinema. We sent out about 150 invites to all the distributors and film magazines and none of them came! We had managed to get an invite to Mike Leigh and thankfully he turned up. My initial hopes were to get a distribution deal and that the distributors attending the screening would be impressed by the presence of Mr Leigh. But as it turned out Mike awarded it the first ever Katrin Cartlidge Award and that was the biggest life-changing experience ever, going to the Sarajevo Film Festival and shaking his hand in front of 400 people. The irony of it all is that all the distributors who didn’t turn up are now interested in the film since Mike Leigh has gone on to talk about it in such a positive way. Have the support and accolades helped you secure distribution?

No distribution deal yet! To be honest the film gets two very different reactions, people like Mike Leigh see it and appreciate the raw performances and the grass root ethics behind the production; whereas a lot of people in the film industry see it and look down on it because it is so low budget. The main distributors have requested copies of the film because they’ve heard about it, but that’s as far as it’s gone. But the film may be involved in the first ever distribution over the internet which I am very excited about! It will be accessible for a wide audience and cheap to view, which fits perfectly with the ethos of the film.

Collective Vision is basically a loosely knit collection of ten filmmakers, although there are many extra over lapping members who were all together at university. It was originally instigated by Paco, who sent out a letter outlining an idea of sticking together and pooling our resources. It has no manifesto and really works as a network of support. It is not a rigid structure; we all maintain an autonomous sense of freedom and come together when we need to. We’ve built up our own equipment, from cameras to editing facilities, and we are all ready to work on each other’s films at the drop of a hat. For instance, I’ve just finished cinematography on Paul Sheeky’s film The Housewife and Leo Leigh/Leo Bills’ short Happy Birthday Jill. Paul worked as the soundman on The Plague and Leo did the photography. Paco is also planning to shoot his feature in April, which I have a small acting role in. As you can tell we are just enthusiastic filmmakers and the collective is just a means to inspire us into action. The next low budget feature is Bye Bye Miss Goodnight directed by Karan Kandhari (who is doing the cinematography on my next film) shot for £4000 in Bombay – an impressive feat. We also hold an open cinema event at the London Action Resource Centre in Whitechapel for filmmakers to show and share their work; every film gets shown and it has a real bohemian feel!

My next feature Strangers in a Strange Land is a love story that tells the story of a very English middle class woman who meets a journalist seeking asylum from Iran. It’s about them discovering their true spirits and is set a few years in the future, focusing on the effects of the War on Terror on society and deals with the economic and religious fundamentalism of the East and West. I feel I am using broader brush strokes than when I made The Plague, but it will still retain the rawness and street mentality of my first film. The money from the Katrin Cartlidge Foundation means I have gone into pre-production and my first read-through is in about a week’s time, very exciting! I want to shoot on Super 16 and need to raise more money. I thought the recognition The Plague has received would have made life easier, but I feel like I am back where I started, albeit with a lot more confidence!