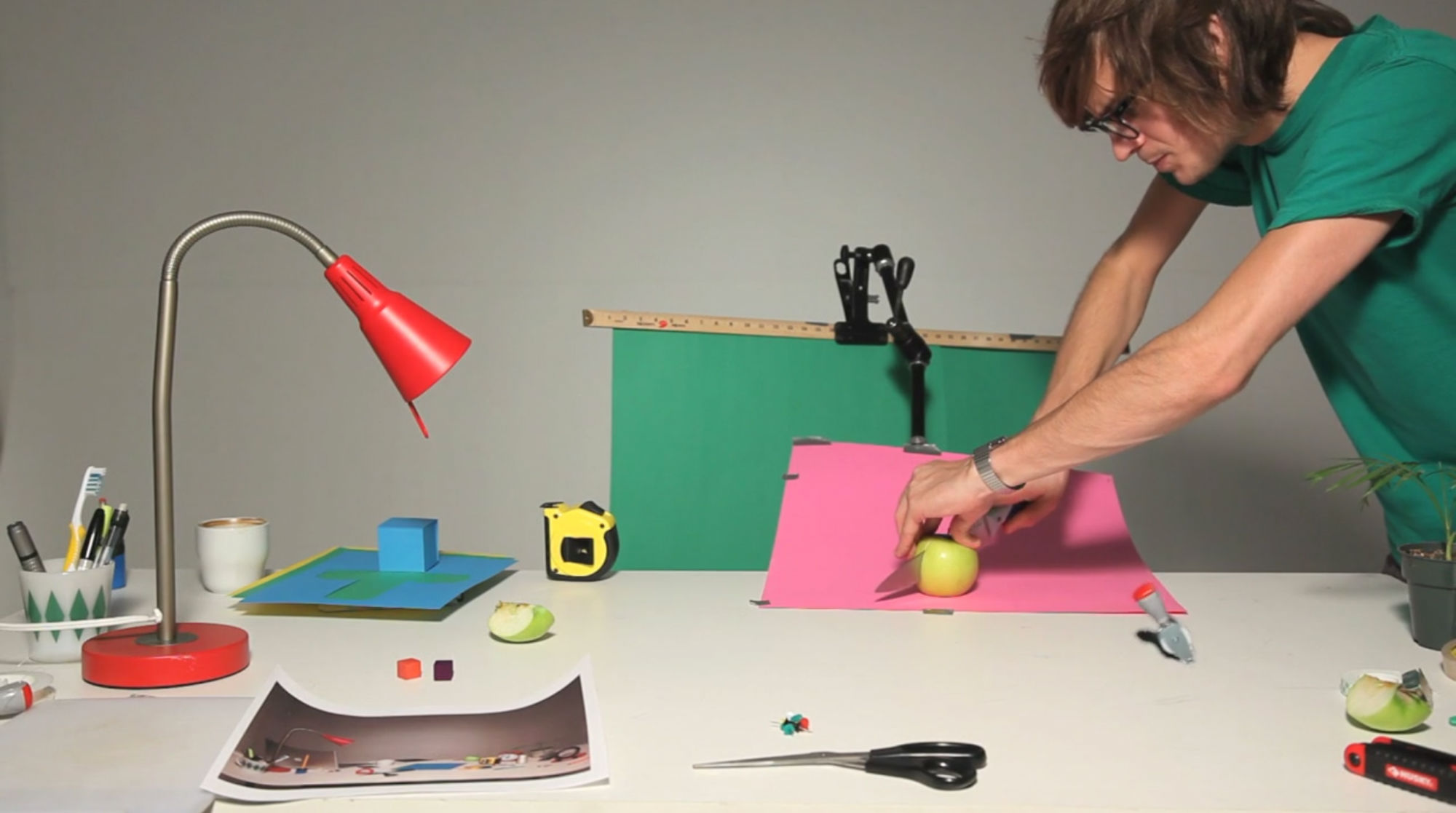 When I look at my cluttered desk it fills me with a secret shame, as it lays bare my equally clutter mind to the world. “How can anyone ever create in that mess?” I can hear them say. But from now on I have my excuse thanks to Julien Vallée, Nicolas Burrows and their interactive film Danse Dance.

“Each day, we are surrounded by seemingly insignificant objects, taking them from one place to the other, or leaving them on a table for weeks, without paying any attention to them. We ignore or forget them, using things only when we need to, making sure they don’t interfere or inhabit our space. But what if they were not so stable and subservient? What if they could swivel, bounce or even fly…This experiment is about re-discovering our daily surroundings. Each object is assigned to a letter on the keyboard, and can be activated or deactivated at any time.”

I’ve posted the making of video below, but you really should go have a play first.