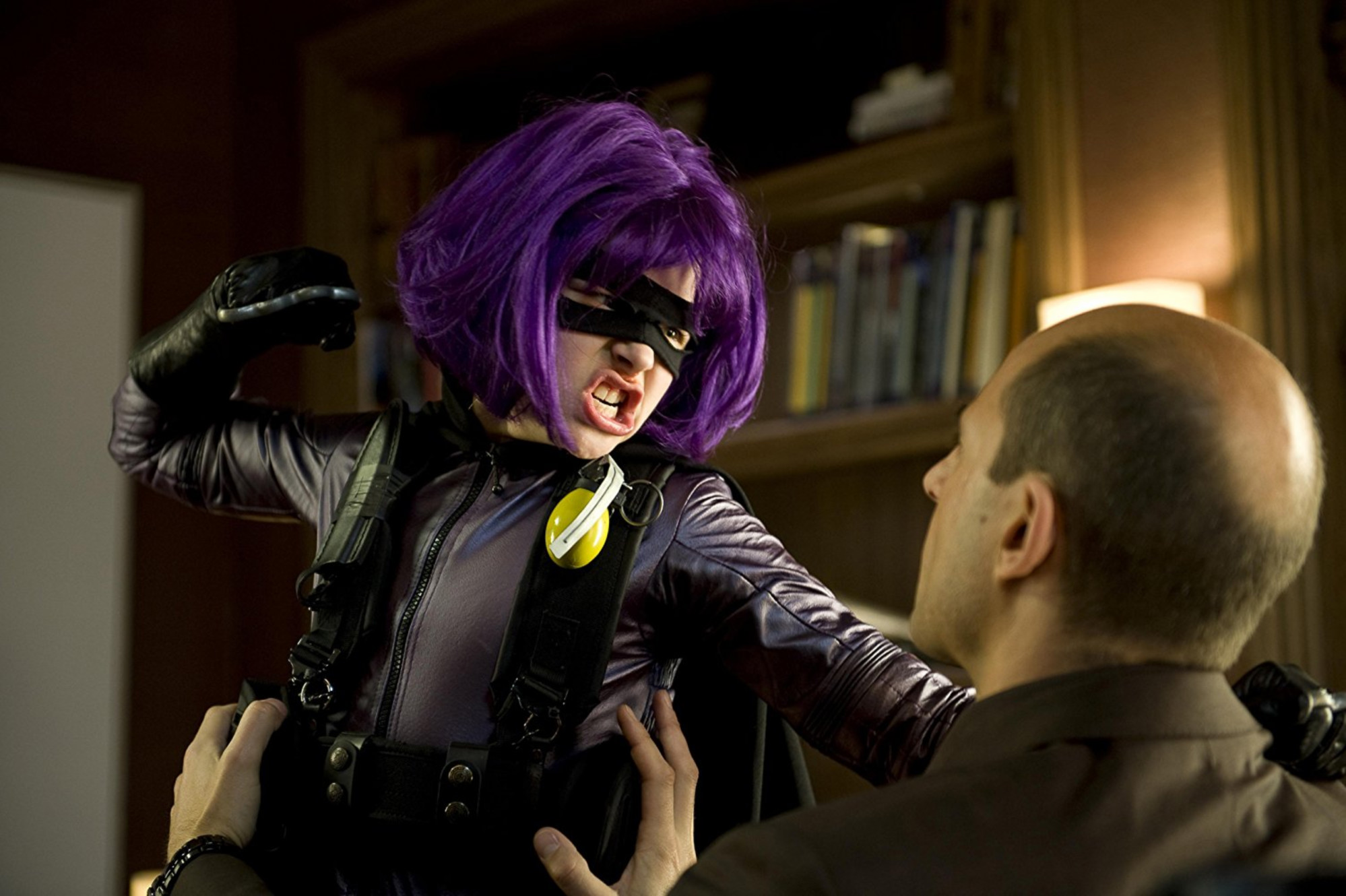 Take the question, Why hasn’t a normal person, completely lacking in super powers ever tried to become a crime fighting hero? asked by an idle, comic loving teen to his friends; extrapolate from that point and it seems the script for Kick-Ass almost writes itself. The film, which opened SXSW on Friday to much excitement and long, nervous queuing (to which I can personally attest), however has its roots in the much loved comic series of the same name from Mark Millar. It seems almost inconceivable this hasn’t been approached before on screen (Watchmen notwithstanding) or at least if it has, I’m pretty confident it wasn’t attacked with the fervent joy we laughed, gasped and cheered along with here.

Originally a playmate of mockney pretender Guy Ritchie, producing both Lock, Stock and Two Smoking Barrels and Snatch before heading out on his own directing journey with Layer Cake and Stardust, Matthew Vaughn mixes the brutality of Christopher Nolan’s re-imagined Batman, with the slapstick, kinetic energy of Buster Keaton, by way of John Woo’s balletic gun play.

The film’s set pieces are truly a thing of choreographed beauty, both the physical live action and my favourite, the animated origin story of Hit-Girl and Big Daddy. Also, the casts’ performances are delivered with just the right amount of self-knowing levity – Nick Cage’s inspired choice to have Big Daddy’s speech patterns mimic an Adam West styled delivery, has me believing his Bad Lieutenant return to form wasn’t a fluke. However, let’s be honest here, it may be named after Aaron Johnson’s Kick-Ass, but the true star of the show is blatantly Chloe Moretz’s potty mouthed Hit-Girl. When she’s on screen you’re hooked, when she’s absent you’re willing her next big entrance. As I overheard someone’s assertion on the way out, “She’s got future movie star written all over her!”

Watching Kick-Ass with such a hyped festival crowd, it’s easy to wonder postmortem if your reactions have been swayed by the body politic, amped up Banana Splits theme and the ever so vibrant colours, but Kick-Ass isn’t simply throwaway, disposable bubblegum. The Kick-Ass / Big Daddy live stream scene is sobering enough in both its outcome and the mad dash of spectators diving for their browsers to follow along. You know you’d be equally guilty of hitting refresh as fast as you could.

Despite its satisfying ending, I sense the glimmer of a sequel (creator Mark Millar has pretty much already spelt that out) begging to be made. With a start this strong, it would take a barrel full of idiots to mess it up. Not a Hollywood impossibility I know, but I’m sure I won’t be the only one going hero to dole out painful justice if that ends up being the case.