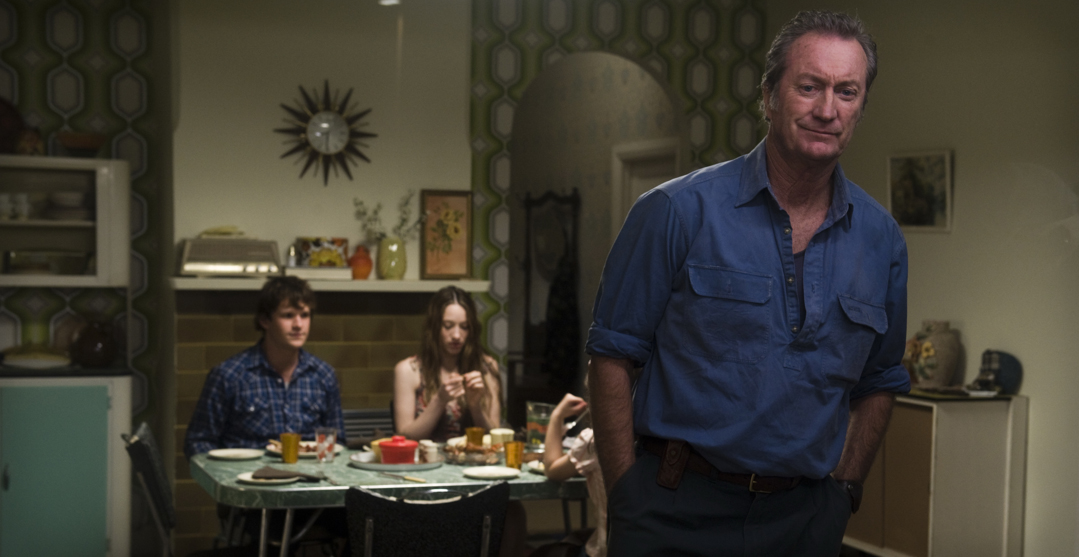 Just over 12 months ago, if you had asked me to list my favourite Australian films, it probably would’ve included Mad Max, BMX Bandits, Crocodile Dundee, Chopper and The Proposition (I’m not counting Walkabout as I count it as a British film made in Australia). Not exactly a glittering list of celebrated films and I must admit, until recently, the land down under wasn’t really a place I associated with a flourishing output of independent films. Saying that, my eyes were really opened at last year’s London Film Festival, where I got a greater taste for the indie flicks of Australia. First Robert Connolly’s intriguing political thriller Balibo had me wondering if I should be paying more attention to the film industry of “Oz”. Before Warwick Thornton’s stunning Samson and Delilah confirmed I definitely should be. That’s not to say that before now Australian cinema hasn’t been successful in the independent area, with the likes of Rabbit Proof Fence, Proof, Shine and Ten Canoes all having gained widespread critical acclaim. Then of course, how can we forget DN favourite and past guest Nash Edgerton and if you’re talking about success in independent film, then surely there’s no greater acclaim than featuring on Directors Notes.

It’d been a good 10 months since I’d seen my last Australian film and whatever came next was going to have a tough job living up to the standards set by Thornton’s Cannes award wining feature debut. Rachel Ward’s directorial debut Beautiful Kate, shares a lot in common with Samson and Delilah and although I wouldn’t say it quite lived up to its predecessor’s standards, it is still an assured piece of filmmaking.

Adapted from Newton Thornburg’s 1982 book of the same title, director Ward has relocated this tale of a troubled family from a Chicago slum, to the isolated outback of Australia. The story follows an all to familiar arc; wayward son Ned (Ben Mendelsohn) returns home at the wish of a dying patriarch (Bryan Brown) and as family secrets are revealed, broken bonds are mended and a separated family reconnected. Where Ward’s film does stand out though, is its tackling of tough, somewhat unexplored subjects as the Kendall family closet is most certainly rammed full of skeletons (although, I suppose a lot of the credit there has to go to Thornburg, for originally tackling these topics in his original novel).

Aesthetically, Beautiful Kate is a very interesting film with the parallel stories (director Rachel Ward was very insistent to stress there weren’t ‘flashbacks’ in her film) of the film, deploying two very different styles. The ‘past’ sections of the film are dreamily shot handheld with a tilt/shift lens, as we see the young Ned’s point of view of his small, enclosed world. With the shallow depth of field creating a small focus area, the use of the tilt/shift lens not only added intensity to the point of view style, but also made the world of the Kendall’s seem very claustrophobic and smothering. At times these sections of the film reminded of Sofia Coppola’s The Virgin Suicides, drenched in bright Australian sun, often with the rays beaming right down the lens, they have the same childlike hazy innocence to them. In stark contrast, the ‘present’ sections of Beautiful Kate certainly aren’t presented with the same softness and the claustrophobic world of the film’s family suddenly seems endlessly wide. The camera no longer hugs characters intimately and now instead keeps its distance, with character hugging the edges of the frame, highlighting the distance between the family members. We’re suddenly presented with lots of shots of the outback and everlasting horizon, but most of the action occurs within the dark dingy interiors of the Kendall household. Curtains seem always drawn and no-one shares the same room for too long, the dark secret of this family may have occurred in the past, but it’s in the present where this darkness reigns.

As often seems the case with independent cinema recently, the film is full of powerful performances, we’re all to aware of what the “old-timers” Rachel Griffiths (brilliant as Brenda in Six Feet Under) and Bryan Brown are capable of, but this is a film owned by the talents of the newbies. Adding the only bit of a fun to a dark, dark film, Maeve Dermody is brilliantly playful as the Ned’s carefree girlfriend Toni, skipping around the screen in total defiance to the serious situation she finds herself in. However, the whole film relies on the believability of the past, so the performances of young Ned (Scott O’Donnell) and his twin sister Kate (Sophie Lowe). Director Ward admitted to only finding O’Donnell days before they started rehearsing and what a good find it was. Not only does the debut actor strongly resemble Mendelsohn, but he also puts in a commanding performance that belies his tender years. However, if this was a game of “anything you can do, I can do better”, then Lowe as the titular Beautiful Kate, would surely win. She floats across the frame, exuding small town innocence, but behind her playful purity lurks the sinister face of this golden child. Lowe’s performance is brave and daring for one so young and her portrayal of Kate is an enigma you can never decide to love or hate.

Ward admitted after the screening, she owed a lot to cinemas like the Curzon, as without them, she didn’t feel her film would be seen as it was intended, on the big screen. She also candidly admitted that she wouldn’t mind if people downloaded her film, as long as as many people as possible saw her film, although her distribution company might have a different view. So although Beautiful Kate didn’t quite reach the giddy heights of Samson and Delilah, I felt lucky to be one the few to witness this bold, confident film on the big screen and as ever, grateful to the independent cinema for putting it on.