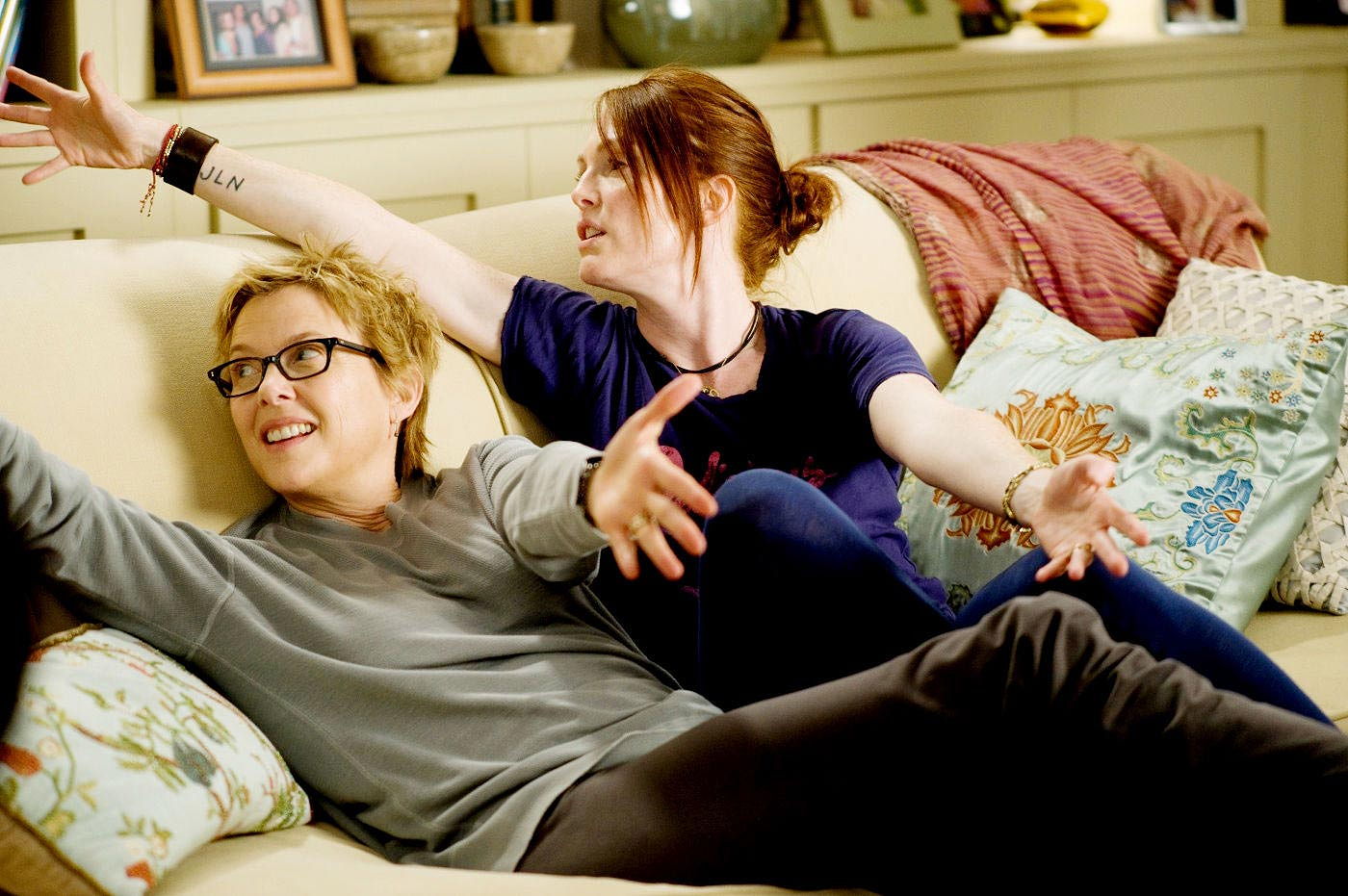 Leaving Sundance as one of the most talked of movies in the festival and winning the best feature film award at the Berlin International Film Festival, The Kids Are All Right comes to the London Film Festival with a certain air of expectation surrounding it. Multi-nominated Academy Award nominee’s Annette Bening and Julianne Moore are the two lesbian protagonists in the film. A story about a modern day family, we meet them just as Joni, the eldest child, has turned eighteen and is soon off to college. Younger brother Laser insists that Joni use this opportunity to contact their sperm donor ‘dad’ so they can get to meet him. Successful, the kids meet Paul (Mark Ruffalo), a laid back organic farmer and restaurant owner who seems much cooler than the pair expected.

Inevitably, their moms end up finding out about bio-dad and decide to invite him into their home. Joni and Laser get closer to Paul and when he invites Jules to begin her landscaping ambitions on his garden, things quickly spiral out of control. Nic, who is the breadwinner and rule enforcer of the house, really struggles to deal with Paul’s presence, inevitably pushing her family members away from her.

Written by Stuart Blumberg and Lisa Cholodenko, The Kids are All Right was their first collaborative script not just between them, but also as screenwriters. They spent several years writing the script, becoming almost ready for production in 2005/6, however Cholodenko’s pregnancy got in the way of her being able to direct the film so they instead worked on script development some more. Lisa, being a lesbian herself who’s son was conceived via an anonymous sperm donor, and Stuart having donated whilst in college, bring a sense of realism to the script which I totally bought throughout.

The film is written in such a way that we feel on a level with the characters. As an audience we’re not given a jump on the gravity of actions until they’re deemed serious by the characters. When Nic finds Jules’ hair in Paul’s shower, I felt my stomach sink. All of a sudden these floodgates are opened and you sympathise with Nic, forgetting her prior behavior which pushed Jules away. You can’t help but find the comedy in what happens between Jules and Paul beforehand, laughing along whilst forgetting the relationships they’re jeopardizing the whole time. 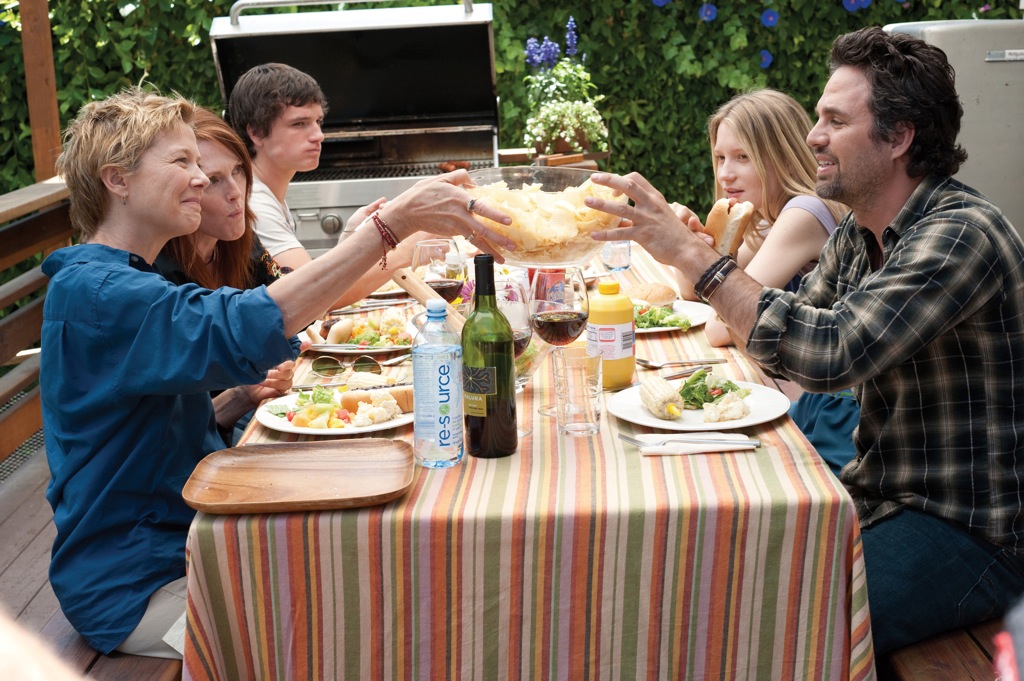 Performances from Annette Bening and Julianne Moore bring us dynamic three-dimensional characters which are pulled off beautifully by the two actors. The performances from Josh Hutcherson, Mia Wasikowska and Mark Ruffalo as bio-dad Paul, are also ones of conviction. Together this talented cast bring us an inside look at the both comic and tragic work of being a family.

Shot on 35mm by Igor Jadue-Lillo and featuring music from the likes of David Bowie and Uh Huh Her, The Kids are All Right sports a very typical Indie feel.

Despite the above praise I don’t however believe this film to be fault free; the very small but two-dimensional character of Chad was particularly irritating, however it would be churlish to complain about anything else in what was a very well made and down to earth film. There were times in the movie where actions could have been taken further, but Cholodenko judged her film very well. Avoiding cliché, The Kids Are All Right is simply a wonderful comedy-drama about two mothers doing the great but difficult job of raising a family.