As we may have mentioned before, DN friend Alex Barrett recently got the cameras rolling on his debut feature Life Just Is. Alex will be giving us the director’s eye view of the shoot next week, but in the meantime we asked Vanessa Govinden to share some of her behind the scenes set pictures:

I was asked by my good friend Alex Barrett to appear as an extra in his first feature film Life Just Is. I’ve followed the journey of Life Just Is since Alex first mentioned the concept of this film and later asked me to read the first draft. Of course I said yes (even though I’ve never been in front of a camera before). I’ve been waiting to see this script transformed into a production team, on set with actors and everything! I was on set for a day and documented my time by snapping away. The day consisted of shooting the many scenes for the house party. I had a blast. It was lovely to meet and work with everyone who in essence made it all possible to get this film rolling. Now, I just have to wait for the screening… 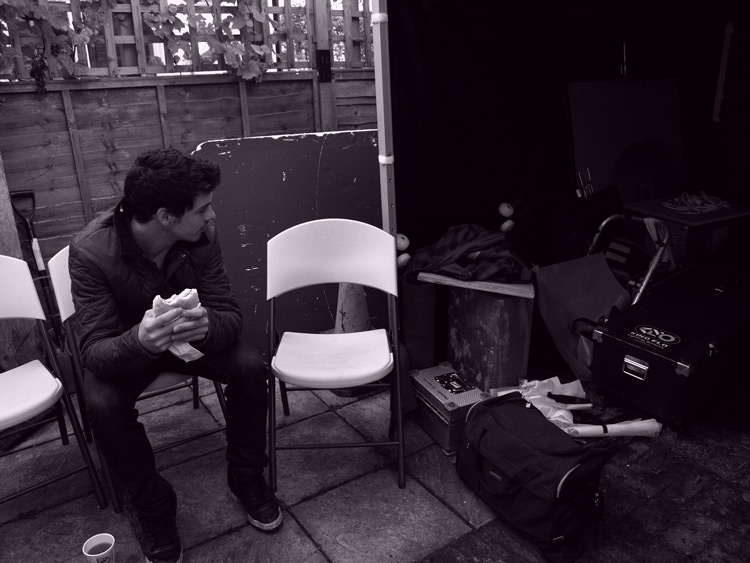 Andrew Hawley (‘Nick’) enjoys some breakfast outside by the equipment. 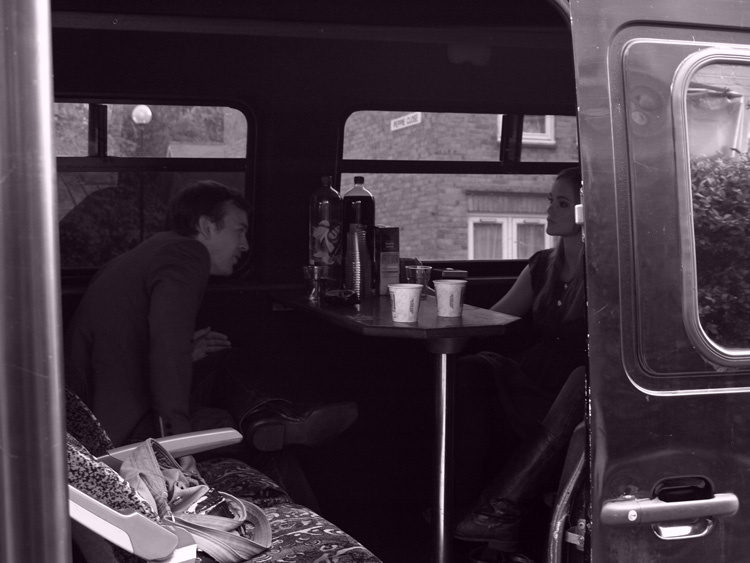 Actor Lachlan McCall (‘Lawrence’) talks to Jayne Wisener (‘Jay’) in the van. The van was used as an extra green room as there were too many people in the house! 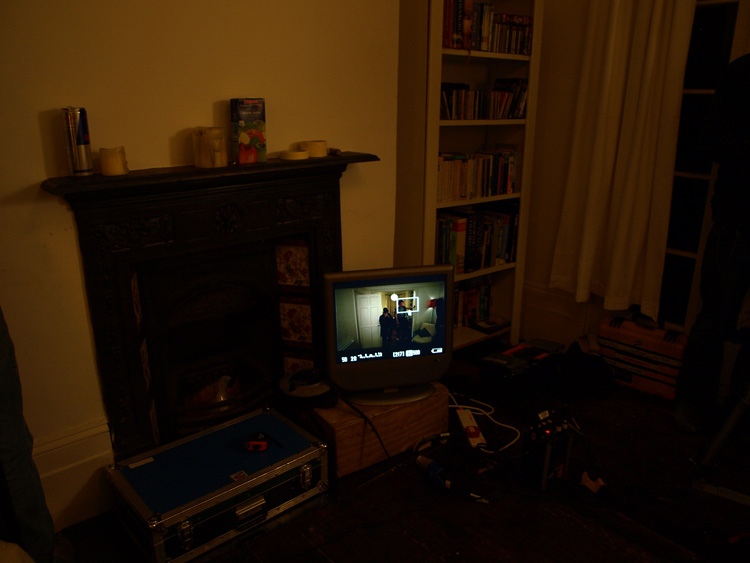 Setting up another shot. 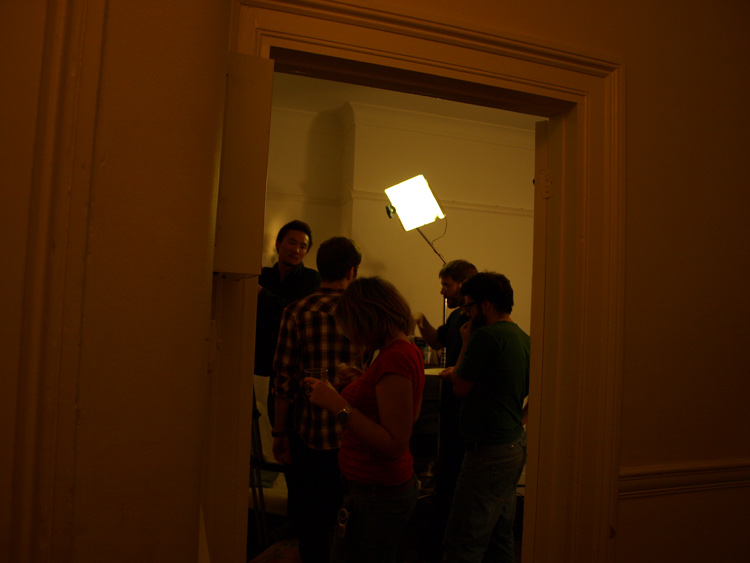 The crew (including cinematographer Yosuke Kato, left) get ready for another take.

Setting up for the reverse angle.

Lots of actors calls for lots of marks!

Paul Nicholls talks to Alex Barrett about the scene, while the crew stand in for the actors in the background.