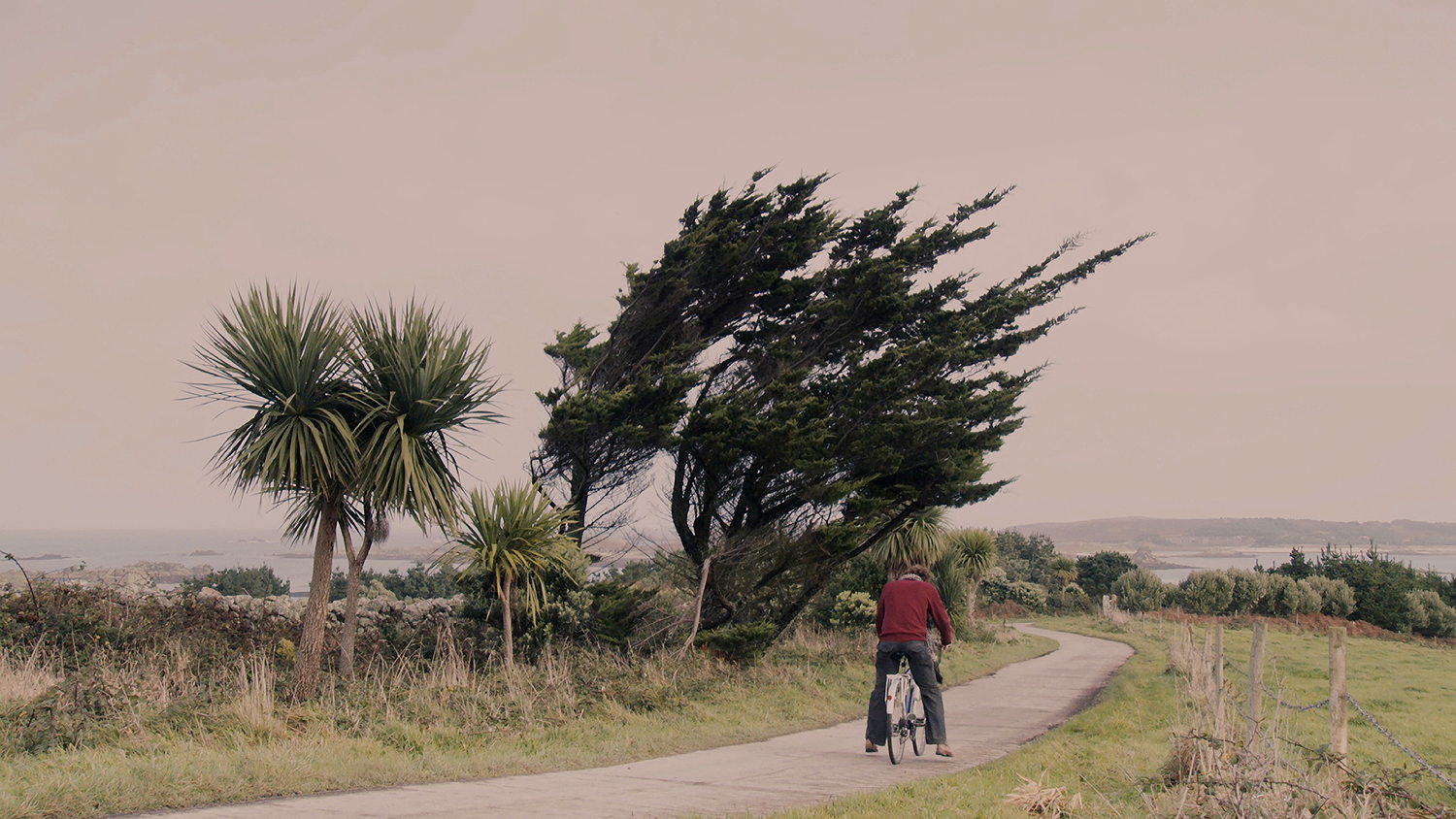 Christopher, played by real-life painter Christopher Baker, paints shapes into the clouds in his paintings that actually don’t exist as the colourless sky over Tresco only casts a formless wash of white into the visible distance. He explains in his private painting lessons that we must “integrate chaos into order,” to bring out an underlying turmoil from within us and display it externally. On the surface, the upper middleclass family who are a subject of the film may be insipidly harmonic, yet if Christopher were to paint their family portrait, it will be full of ferocious shapes.

Archipelago is an understated study of a family at crisis point. We watch their cracks appear, only to be quickly hidden away, and we accompany the disintegration of their relationships behind the veneer of calculated amity. The family visit their holiday house in Tresco, in the Isles of Scilly, as a farewell gift for Edward (Tom Hiddleston from Unrelated) who is heading off to Africa for a year to aid as a volunteer for a HIV-awareness programme. Cynthia, his sister, scoffs he is having a late gap-year, accusing him of avoiding adult responsibilities, yet their mother Patricia seems nonchalantly supportive. Added to the familial mix is their hired cook Rose and, of course, their painter-friend and teacher, Christopher. Whilst they await their father’s arrival, they spend their time eating, chatting and occasionally picnic, but mostly stay in their bedrooms. The rooms in the house together make an archipelago, they are distant but connected, much like the family the film portrays. The father is the furthest island, as he never appears, always present but forever absent. His daily phone-calls of excuses are never audible and we can only observe their manifestation through Patricia with her repressed frustration simmering to boiling point. 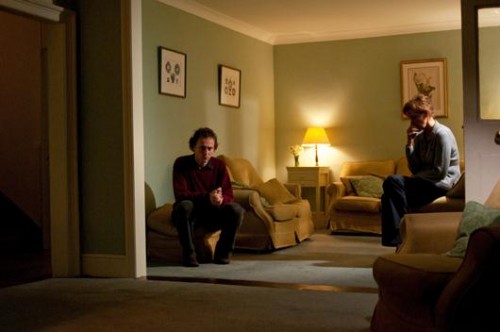 Having nothing to do on the island, the threesome must generate drama out of trifling matters like Christopher paints his clouds, and boredom initiates their cracks to deepen and stretch into visibility. Joanna Hogg, in her follow-up to the celebrated drama Unrelated, however, chooses to deny her characters the opportunity to act on these moments and they all end up where they started before their vacation. In any other drama, Edward would sleep with Rose, a romance that is hinted but never pursued, and Patricia would vent her vexed disappointment towards her absent husband by having an affair with Christopher. Instead, Hogg lets the small details do the talking – the silence during dinner and the countless moments of non-action certainly reveal the turmoil beneath the middleclass codes more acutely than words. The ominous landscape of Tresco, partnered with the noise of the stormy weather and the blades of the helicopter cutting into the fog, cast a foreboding shadow over the family’s predicament. Their vacation might have ended but we all know their problems will continue.

Archipelago is released by Artificial Eye in U.K. cinemas from March 3rd.