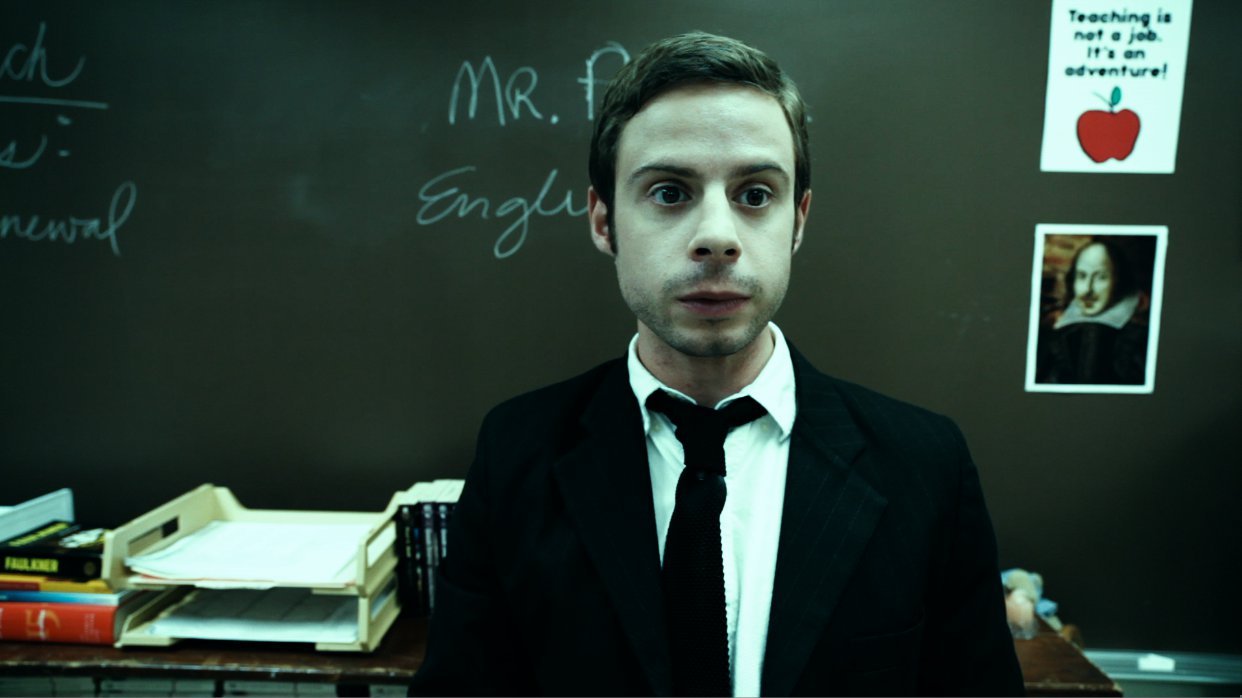 If you watch enough films it’s likely that you’ll arrive at a point where you can see most plots coming a mile off, which is why one of my favourite films of SXSW this year was Clay Liford’s dark comedy Wuss, which confounded my expectations without hitting the false notes of contrivance. Clay and I battled over the world’s noisiest air conditioner to discuss taking an audience to the edge of taboo and the genius of the Farrelly brothers’ Kingpin.

A high school English teacher is beaten up by his students. That makes him a wuss.

I think you sell yourself really short if you don’t explore characters in a more three diminutional way when you’re making low budget films, cause that’s the domain of what we do.