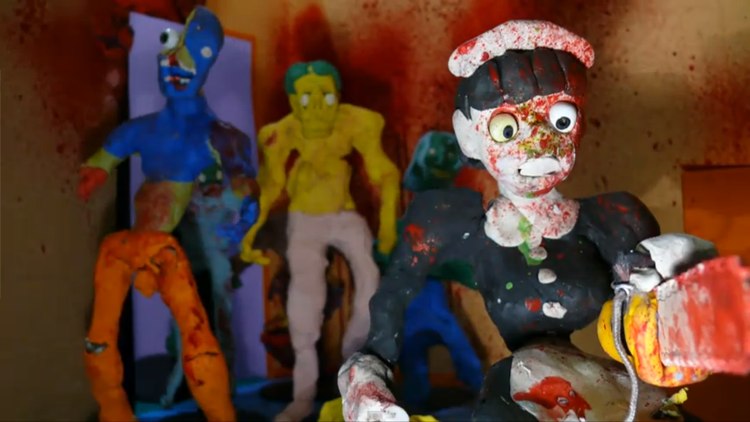 Super lo-fi with a charm that’s hard to resist, Lee Hardcastle has taken a break from his 60 second replays in clay to bring us horrific tales of Zombies and a Chainsaw Maid.

And here’s the making of Chainsaw Maid 2